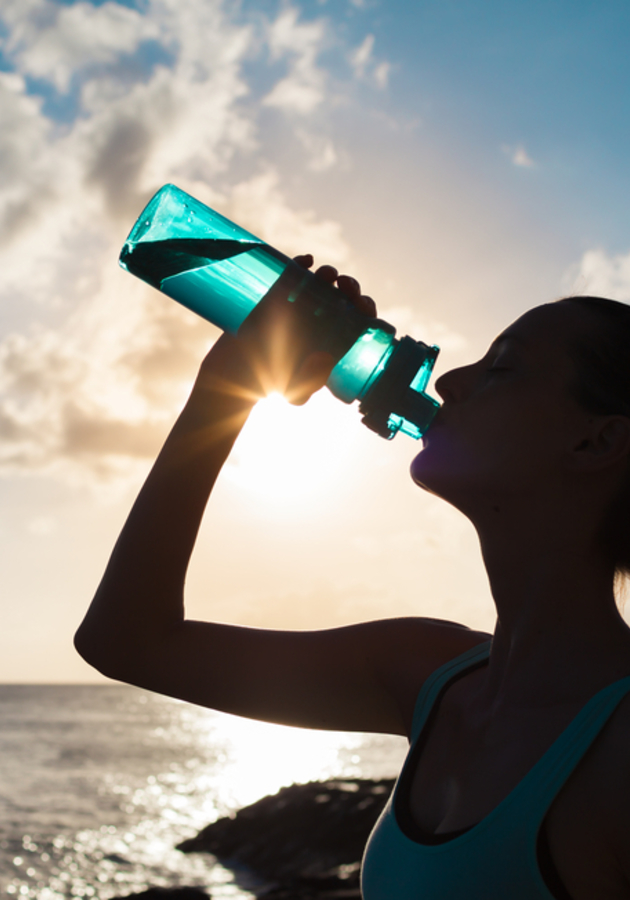 This microbook is a summary/original review based on the book: The Telomere Effect: A Revolutionary Approach to Living Younger, Healthier, Longer

In an attempt to share her revolutionary findings and their practical applications with the common reader, eight years after winning the Nobel Prize in physiology and medicine in 2009, Australian-American biochemist Elizabeth Blackburn joined forces with noted health psychologist Elissa Epel. The result of their collaboration was “The Telomere Effect,” an unusual self-help book on long-term health grounded in cutting-edge science.

An instant classic, in the words of former FDA Chief David Kessler, the book “explains the often-invisible things that affect all of our lives, helping us make better choices individually and socially for greater health and longevity.” So, get ready to change the way you think about aging and disease, and prepare to hear some practical advice on how to attain a longer and healthier life!

Telomeres, the aglets of aging

Even though you may not know the word “aglet,” we’re sure you know precisely what it stands for. Namely, an aglet is the protective small sheath at the end of your shoelace which keeps the fibers of the lace from fraying and unraveling. Now, if you take your shoelaces to symbolize your chromosomes (the structures inside your cells that carry your genetic information), the aglets can serve as a perfect representation of what a telomere is and what it does. Because telomeres, much like aglets, are the “little caps at the ends of the chromosomes [that] keep the genetic material from unraveling. They are the aglets of aging.”

Unfortunately, as we grow old, telomeres tend to shorten. In a newborn baby, for example, the length of telomeres is about 10,000 base pairs. A base pair, by the way, is the fundamental unit of DNA: between any two base pairs in DNA there are approximately 3.4 angstroms, which is to say about one ten-billionth of a meter, or 0.1 nanometers. So, in a newborn baby, the length of all telomeres add up to 3,400 nanometers. In a 35-year-old individual, however, the telomere length is only 7,500 when measured in base pairs. By the age of 65, the telomere length of an average human being rarely exceeds 4,800 base pairs or 1,630 nanometers. This is not good news.

“When your shoelace tips wear down too far,” write Blackburn and Epel, “the shoelaces become unusable. You may as well throw them away. Something similar happens to cells. When telomeres become too short, the cell stops dividing altogether. Telomeres aren’t the only reason a cell can become senescent. There are other stresses on normal cells that we don’t yet understand very well. But short telomeres are one of the primary reasons human cells grow old, and they are one mechanism that controls the Hayflick limit.” But what is the Hayflick limit?

The Hayflick limit and cellular senescence

The Hayflick limit, named so after American anatomist Leonard Hayflick, is defined as the number of times a normal cell population can divide before cell division stops and the cell population enters the senescence phase. When you print a document from a scanned version of an original, the new document might look fairly similar to the prototype but there will inevitably be some differences in quality. If you repeat the process several times, each time scanning from the latest copy, the differences will become more and more obvious. At a certain point, you will be wholly unable to further produce meaningful copies from the scanned versions, because the information contained in the original would get completely lost in the process of reproduction.

Well, something similar happens at a molecular level. Most cells inside your body need to constantly renew themselves to stay healthy. These cells are called “proliferative” and are found, for example, in your immune system, your skin, your gut, your bones and your lungs. The process of cell renewal is controlled and regulated by the telomeres which make sure that a cell will divide correctly. However, when a cell’s telomeres become too short (typically after 50 divisions), further renewal becomes impossible. This stage is known as cellular senescence. With cellular senescence, the so-called “diseasespan” of life begins. “Senescent cells,” write Blackburn and Epel, “can leak proinflammatory substances that make you vulnerable to more pain, more chronic illness. Eventually, many senescent cells will undergo a preprogrammed death.”

Cellular senescence doesn’t occur in only one type of cells: cancer cells. Cancer cells are virtually immortal, because they know how to attract an enzyme called telomerase (tell-AW-mer-aze). As Blackburn discovered studying the single-celled organism tetrahymena (or, pond scum), telomerase tends to produce new endings at the tips of the chromosomes, lengthening rather than shortening the telomeres. Shouldn’t this be good news? If short telomeres mean fewer cell renewals and consequently shorter lives, wouldn’t the lengthening of telomeres amount to an extension of one’s healthspan and even life?

Unfortunately, no: both too little and too much of telomerase seems to be a problem. In fact, cancer is often defined as “cell renewal run amok.” Because of too much telomerase, cancerous cells just won’t stop dividing, even when they should do something else. In other words, if it was possible for you to inject artificial telomerase inside your cells, you would be advised not to because, at least at the present moment, nobody knows if you might turn some of your normal cells into cancerous ones. Fortunately, however, there are natural ways to take control of how robust your telomeres are. But before heading there, let us go over a few natural and almost automatic processes that seem to negatively affect the length of your telomeres. Like many other things, they all start in your brain.

Your cells are listening to your thoughts

“We are largely unaware of the mental chatter in our minds and how it affects us,” write Blackburn and Epel. “Certain thought patterns appear to be unhealthy for telomeres.” Even though many of them can seem to you automatic and hard to change, ultimately you are in charge. And you should better take the reins sooner rather than later: your life literally depends upon it. Here are the habits, thought patterns and brain diseases that are most damaging to your telomeres and, hence, the health of your cells:

Help your body protect its cells

To recap, various scientific studies have shown that telomere length is directly related to all-cause mortality rates. In other words, the shorter your telomeres, “the higher your risk of dying from cancer, cardiovascular disease, and of dying at younger ages generally.” The bad news is that we can sometimes inadvertently shorten our telomeres by being pessimistic, cynical, hostile or anxious. The encouraging news is that, even if by way of a negative example, this demonstrates that “we have some real control over our telomeres.” Hence, there are science-backed ways we can actually regulate premature cellular aging. Here are just a few:

It’s not often that a Nobel Prize winner writes a bestselling self-help book that can be simultaneously catalogued in such disparate categories as “Science,” “Aging,” “Alternative Medicine,” “Lifestyle,” and “Healthy Living.” And yet, that’s precisely what we’re dealing with here.

Lauded by medical researchers and self-help authors alike, “The Telomere Effect” treads a fine line between trying to keep its contents simple and accessible while still being scientifically sound and correct. And it rarely falters.

If you want to reverse aging, take care of your telomeres through your lifestyle choices. Getting enough sleep, managing stress, eating better and exercising properly work so well because all of them work on a molecular level.

Elizabeth Blackburn is an Australian-American biochemist and molecular biologist. In 2009, she became the first Australian woman Nobel laureate when she shared the Nobel Prize in medicine with Carol Greider and Jack W. Szostak for her... (Read more)

Elissa Epel, PhD, is a professor and vice-chair in the Department of Psychiatry at University of California, San Francisco. She is also a member of the National Academy of Medicine, and director of the Aging, Metabolism, and... (Read more)