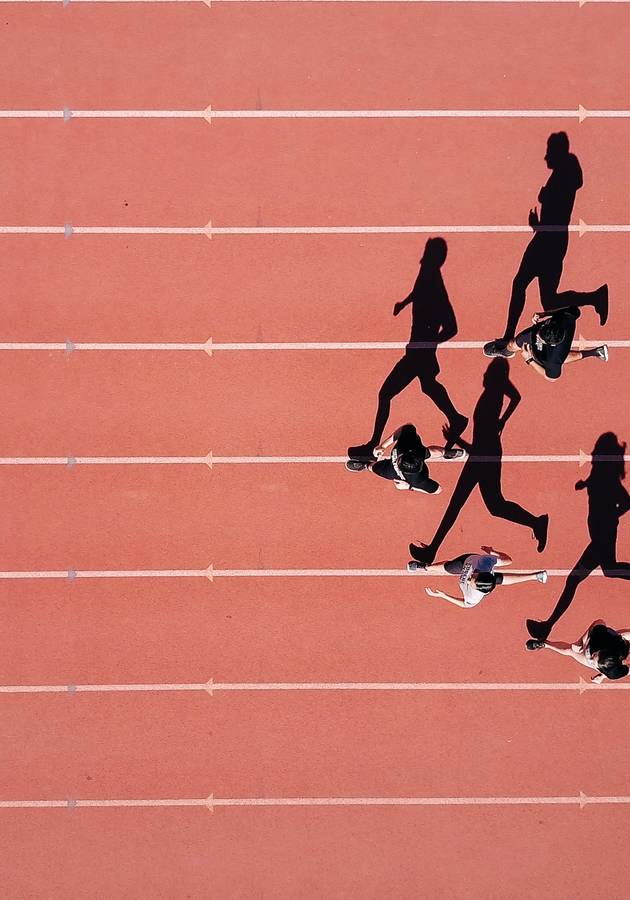 This microbook is a summary/original review based on the book: Smarter Faster Better: The Transformative Power of Real Productivity

Most people think that productivity is about “working more or sweating harder.” As it happens, nothing could be further from the truth than that: rather than being simply “a product of spending longer hours at your desk or making bigger sacrifices,” productivity is “about making certain choices in certain ways.”

“Smarter Faster Better” by Charles Duhigg is a book about how to recognize these choices that fuel true productivity. It delves into the eight ideas that seem most important in expanding your efficiency and demonstrates how you can connect these ideas to become smarter, faster, and better at everything you do.

So, get ready to explore each of these eight ideas and prepare to learn how to separate yourself from the merely busy and become genuinely productive in this relentless and rapidly changing world of ours.

Located in your forebrain, the striatum is a cluster of neurons that coordinates multiple aspects of cognition, including reinforcement and reward perception. Fascinatingly enough, because of this, it is also directly responsible for your motivation as well: a couple of burst vessels inside it, and there’s a big chance that you might become apathetic and lose your drive or momentum altogether.

Fortunately, in the absence of injury, you can always trick your striatum into cooperating. Studies have shown that the striatum lights up even when you’re playing boring games since its activity is often elicited by feelings of expectation and excitement, studies – such as guessing if a number is higher or lower than five – just because you have an option to choose. Your striatum wants you to be on top of things – and gives up on you when you’re strictly following orders. “Motivation is triggered by making choices that demonstrate to ourselves that we are in control,” writes Duhigg. “The specific choice we make matters less than the assertion of control. It’s this feeling of self-determination that gets us going.”

Well, use this knowledge to your advantage! To motivate yourself:

As any sports fan knows, the sum is often greater than its parts. In 2012, Google’s Project Aristotle embarked on a mission to discover why and, more importantly, when this is true. Two years later, they came out with the results.

They discovered that the most important factor that allows a team of average performers to accomplish exceptional results was “psychological safety.” Defined as “a shared belief, held by members of a team, that the group is a safe place for taking risks,” psychological safety engenders “a sense of confidence that the team will not embarrass, reject, or punish someone for speaking up.” In other words, in psychologically safe teams, members are encouraged to contribute because they are not scolded for making mistakes – and, thus, errors quickly evolve into portals of discovery that propel the whole team forward.

So, to create the perfect team:

As far as we know, humans are the only species capable of imagining their future and making choices in the present based on such assumptions. Apparently, the same process helps us focus – something immensely important in a world where so many things compete for our attention. “We aid our focus by building mental models – telling ourselves stories – about what we expect to see,” writes Charles Duhigg. In other words, all those supposedly unpredictable distractions become less agitating when you picture them beforehand.

This is the reason why so many basketball players constantly imagine themselves in clutch situations on training: when the time for the decisive shot comes, they will be mentally ready to make it. Follow their lead if you want to stay focused:

It’s cheesy, but it’s true: when you shoot for the moon, even if you miss, you’ll probably land somewhere among the stars. Translation: if you want to lose 50 pounds (22,6 kg), it’s much better to aim a bit higher and set yourself on a track to lose 100 pounds (45 kg). That way, even if you don’t succeed – and, unfortunately, we rarely reach the summit – you’ll still have achieved an impressive result. However, setting an ambitious goal isn’t enough: you need to break it down into several milestones so that it forms a concrete step-by-step plan.

More specifically, whatever you do, you always need two kinds of aims:

In an attempt to understand how one can create “an atmosphere of trust” within a company, in 1994, Stanford Business School professors James Baron and Michael Hannan started a study of almost 200 Silicon Valley startups. Eventually, they collected enough data to realize that, in terms of corporate culture, all companies belong to one of the following five categories:

However, Baron and Hannan didn’t stop with categorizing: they also wanted to see which of these models is empirically best. They discovered two things: first, that, when they work, star companies work far better than the rest; and second, that commitment companies always work. Surprisingly, they were the clear and consistent winner: not one commitment culture went bankrupt, and, on average, they were the fastest to go public. Most importantly, on the whole, they were the ones that maintain the highest profitability ratios.

So, if you want to manage others productively:

Merely setting SMART objectives and developing a mental model to stay focused isn’t enough: you need to hone your decision-making process so that you know when to say “yes” to opportunities and when to decline them.

For example, while Duhigg was writing “Smarter Faster Better,” a production company offered him to develop a TV show. To make a decision, he wrote out a few potential futures of what might happen if he agreed – everything from the show ruining his life while going nowhere to the show becoming a hit despite modest amounts of work. However, since he didn’t know how to evaluate and compare these futures, he started calling friends and asking them about their experiences. Then, he assigned each scenario a rough probability and went on from there.

Do something similar whenever faced with a difficult decision:

In 2013, Brian Uzzi and Ben Jones, of Northwestern University, published their findings from a big data experiment that, with the help of a computer algorithm, evaluated the nature and originality of about 17.9 million scientific papers. They discovered that, on average, 90% of what was in “the most creative manuscripts” had already been published elsewhere. “Combinations of existing material are centerpieces in theories of creativity, whether in the arts, the sciences, or commercial innovation,” they wrote in the journal Science in 2013. “The building blocks of new ideas are often embodied in existing knowledge.”

Keep that in mind to be more innovative:

Thanks to the internet, we absorb dramatically more data today than ever before. However, this doesn’t mean that we know how to use it; in fact, most of us are informationally blind, that is to say – unable to take advantage of data as it becomes more plentiful. The best way to overcome this obstacle – and learn to absorb data better – is to:

Charles Duhigg is an excellent storyteller, and “Smarter Faster Better” is best when he recounts the case studies related to his research. However, in our opinion, the book relies too much on these stories to be truthful: anecdotes are no arguments, and are persuasive for all the wrong reasons.

That being said, we don’t see a reason why you shouldn’t read it: it’s pleasurable, engaging, memorable – and, who knows, maybe even useful.

Whenever faced with a boring task, turn it into a choice, and, if necessary, visualize the different outcomes in advance: this will boost both your motivation and decision-making ability.