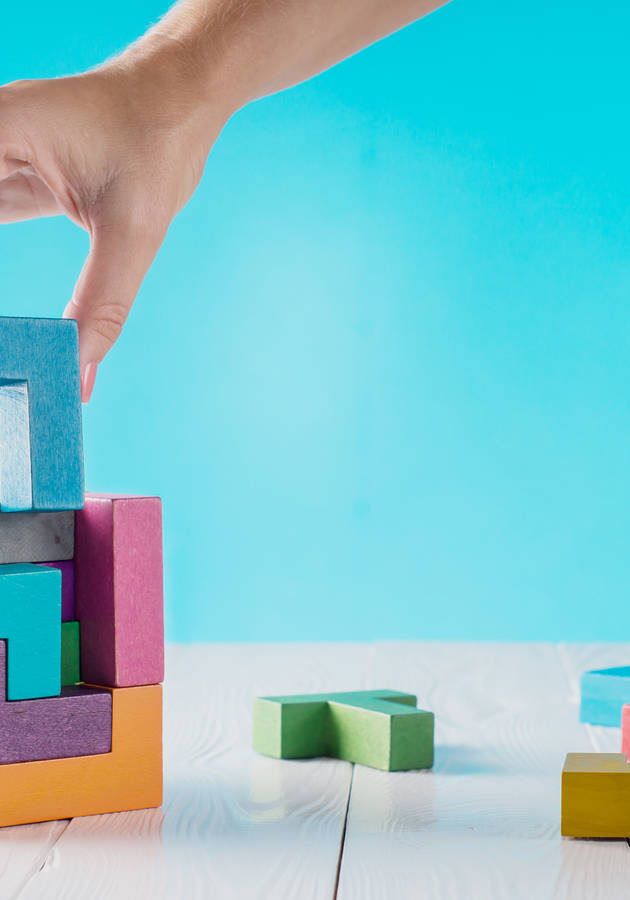 This microbook is a summary/original review based on the book: The Upside of Irrationality: The Unexpected Benefits of Defying Logic

“There is a great deal to be learned from rational economics, but some of its assumptions – that people always make the best decisions, that mistakes are less likely when the decisions involve a lot of money, and that the market is self-correcting – can clearly lead to disastrous consequences,” writes Dan Ariely in the introduction to his second book. And this is where “The Upside of Irrationality” steps onto the scene. A book of experiments that uncover how irrational humans are, it analyzes all the downsides and all the benefits from this discovery in a real-world environment.

So, get ready to discover the unexpected benefits of defying logic – and prepare to discover how much of common knowledge is actually wrong!

Give a small electric shock to a rat put in a maze, and the animal will immediately head for the exit. Increase the intensity of the shock – and it will struggle; after a certain point, it will be just too shocked to find the escape route altogether. Nothing surprising, right?

Well, it’s the same with humans: though we sometimes perform better under stress, after a certain point, we stop performing at all. Interestingly enough, the same holds true for money bonuses. The bigger they are, the more stress they seem to cause, and the more mistakes the person promised to get them is bound to make.

This isn’t true when people are tasked with mechanical or manual jobs – but they don’t get big bonuses to start with. The ones who do get – CEOs and high-level managers – accomplish much less with a big-bonus incentive hanging over their heads. The solution? If you plan to incentivize – incentivize within the averages.

What Legos can teach us about the joy of work

In 1776, Adam Smith discovered that “division of labor is an incredibly effective way to achieve higher efficiency in the production process.” That is, of course, true. However, it seems that what Karl Marx noted about a century later might be true as well – namely, that division of labor alienates the workers from their work and demotivates them in real life.

This was demonstrated in a recent experiment. Two groups of people were paid to build Lego constructions individually. All of them were told they could quit any time they like. After completing their structures, the people in the first group had them carefully examined by a researcher. The second group wasn’t as lucky: their Lego constructions were dismantled promptly upon completion.

The outcome? Most of the people in the first group were quite happy to go on working. On the contrary, the majority of people from the second group lost all interest and were more likely to quit building altogether. It seems that most people pay socio-economic efficiency with their dignity, dreams, and quality of life.

Why we overvalue what we make

The feeling of pleasure one gets from being creatively engaged in a task is sometimes referred to as the Ikea effect – for pretty obvious reasons. Almost simultaneously with the Swedish furniture giant, the financial potential this feeling entails was discerned by a Minnesota-based company called Pillsbury.

Pillsbury realized that women didn’t buy their innovative cake mixes – who could magically turn into a cake in no time – because they took away from them the pleasure of creative engagement. So, they purposefully left out the dried egg from them. And this made all the difference: the simple effort of adding an egg to the mix was enough to make housewives think that they’ve prepared the cake altogether.

This is why brands offer customized products: simply put, you want to feel special, and you want to believe that you’ve made some contribution toward the completion of a product. In other words, most of us don’t want maximized pleasure for minimum effort: we want to be involved in the creation process as well.

This is true even for animals: when offered the choice, most of them prefer to put some effort and get their food rather than having it served to them. It’s called contra-freeloading, and domesticated cats may be the only exception from this rule.

Why “my” ideas are better than “yours”

As illogical as it might sound, if you have precisely the same idea as someone else, you’d prefer your wording to theirs. And if you have different ideas, the other has to be far superior to attract your attention away from what you’ve concocted.

“The attraction to one’s own ideas,” informs us Ariely, “has not escaped the collective folk wisdom of the business world, and, like other important business processes, this one also has an unofficial term attached to it: the ‘Not-Invented-Here’ (NIH) bias. The principle is basically this: ‘If I (or we) didn’t invent it, then it’s not worth much.’”

Of course, this is not all bad: strong bias against ideas that come from the outside initiates internal research and development and results in support and reinforcement of the local economy. “Like many other aspects of our interesting and curious nature,” comments Ariely, “our tendency to overvalue what we create is a mixed bag of good and bad. Our task is to figure out how we can get the most good and the least bad out of ourselves.”

Why we seek revenge and justice

In the so-called trust game, you and your friend receive $10 each. You are the one making the first move, which can be either keeping the money for yourself or giving it to your friend. The latter, of course, comes with a twist: if you choose to give the money to your friend, the experimenter will quadruple it and ask the other participant to make the next move: either give you half of it or keep it all for himself.

However, the trust game usually ends otherwise: with both people getting $25. Why? Because “people are more trusting and more reciprocating than rational economics would have us believe.”

And it gets even more irrational! Player A receives the chance to extract $2 from player B for each dollar spent whenever the latter doesn't share any amount. Player A would almost always spend $25 so that player B is left with nothing.

In other words, even though costly and completely irrational, revenge is just too sweet to be passed by. And it is sweet because it (sometimes) spells justice.

Why we get used to things

“Man is a pliant animal,” wrote once Fyodor Dostoyevsky, “a being who gets accustomed to anything.” We get accustomed to just about everything, pain included. Case in point: as a famous experiment demonstrated back in 1978, in the long run, both lottery winners and people paralyzed in severe accidents revert to the states of happiness they had been in before these life-changing events.

As improbable as it sounds, this effect has since been documented by numerous other studies. It’s called hedonic adaptation and is the primary reason why your new shoes are able to inspire a smile on your face for a few days. It is also the reason why you buy new things constantly: you are not programmed to recognize your adaptation to the ones you’ve just bought.

A good way to hack this preprogrammed adaptive bias? Hedonic disruptions. It’s exactly what it sounds like: whenever you’re feeling happy, find a way to interrupt that happiness so that you don’t adapt to it.  In other words, constantly calling the one you love will inevitably level out the love.

Why some people are hot – and others not

As everybody knows, like attracts like. This is what scientists called “assortative mating.” However, even though it’s easy to understand why the tens would date other tens, why do the fives settle for other fives? Why aren’t they interested in the tens as well?

Aesop’s fable “The Fox and the Grapes” explains best. In it, after a fox is unable to reach a branch with enticing grapes, it walks away from them, mumbling – “I’m sure they were sour anyway.” Well, it is this sour-grapes strategy that regulates the beauty market. In other words, those fives adapt to their aesthetic insufficiencies by attributing more value to other qualities, mostly nonphysical, such as kindness or as a sense of humor. Also – and this is the more interesting part – they start finding aesthetically pleasing traits undesirable.

So, the next time you see someone rolling their eyes over a picture of Megan Fox or Brad Pitt, be aware that they are not lying: unlike you, they might have just adapted to a world where they’d never get a Fox or a Pitt.

Why we shouldn’t act on our negative feelings

We are programmed to act in accordance with our past actions. This is called self-herding and explains why some people start cursing a lot after having cursed just a few times in quite casual situations.

The rule goes something like this: do something once and get away with it, and the next time you find yourself in a similar situation, your brain will compel you to repeat the same action – because it doesn’t know better.

This is why, contrary to common advice, you should sometimes repress your feelings. This is also why you should live together with your romantic partner long before you actually marry them. Joint behavior in environments that don’t have well-defined social protocols may reveal things that go far deeper than superficial attraction and behavioral precedents that are bound to repeat in the future.

“It is worthwhile,” writes Ariely, “to keep an eye open for deteriorating patterns of behavior. When we observe early-warning signs, we should take swift action to correct an undesirable course before the unfortunate patterns of dealing with each other fully develop.”

Throughout the years, we’ve come to expect a certain level of quality from Dan Ariely’s books, and “The Upside of Irrationality” does not disappoint one bit.

On the contrary, in fact: this is certainly one of the books we’d suggest to anyone interested in learning how to make better choices – and even to serious proponents of rational economics.

Revelatory and eye-opening, comprehensive, and really easy to follow, “The Upside of Irrationality” is popular science at its best.

Allow us to quote Dan Ariely on this. “Ask questions. Explore. Turn over rocks. Question your behavior, that of your company, employees, and other businesses, and that of agencies, politicians, and governments. By doing so, we may all discover ways to overcome some of our limitations, and that’s the great hope of social science.”

Dan Ariely is an Israeli American cognitive psychologist and bestselling author, the James B. Duke professor of psychology and behavioral economics at Duke University. Aiming to translate his scientific findings into lucrative business opportunities, he also founded a research institution and several successful startups (... (Read more)

More books on Economics and Psychology