The Universe Has Your Back - critical summary review 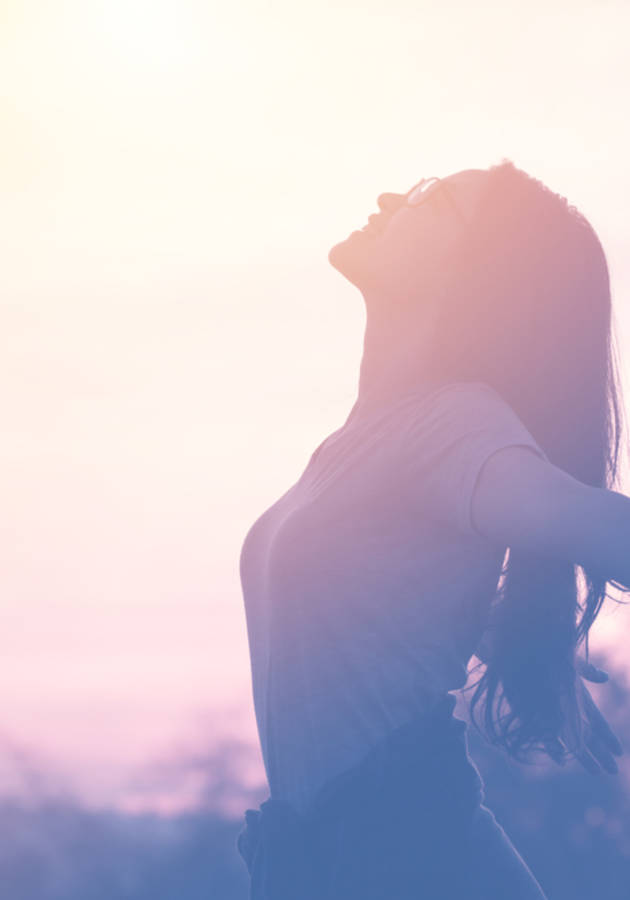 This microbook is a summary/original review based on the book: The Universe Has Your Back - Transform Fear to Faith

Over the course of thousands of years, human evolution and innovation have come to a point where most people are fed and have a roof over their heads, but we cannot find the formula for harmony and peace. It seems as if worldly pleasures cannot complement for lack of spiritual maturity.

This spiritual gap is seen as a borderline between physical and mental perception. The mind is unquestionably the fuel that flares up this spiritual disturbance, and it impairs our ability to step away from the shallowness of everyday thinking.

Nonetheless, Gabrielle tells us her story, and how she managed to come out victorious in this inner battle. Also, it’s a wake-up call for those who are still sitting on the fence.

Rise from the ashes

It’s hard to imagine a system that caters to every whim of its subordinates. Moreover, if we look at the data, we’ll see that people’s well-being is not proportional to the global progress. It's clear why most Americans  struggle with depression regardless of their income or stature in society. The same effective logic applies to the rest of the world, as well.

Gabrielle starts by sharing the truth related to what had led her to write this book. In 2015, she had a life-altering experience during her yoga class. A sudden surge of restlessness, anxiety, and discomfort dominated her and made the left side of her face go completely numb.

Within the next 24 hours, she visited a doctor who couldn’t find “anything physical” related to this issue. After running a few tests, the diagnosis was  panic attack. Imagine the shock!

A successful, thriving, caring, and peaceful woman had spasms running through her body, preattack indicators that could have prepared her for what was to come.

To understand why some people prefer not to get out of their state of discomfort, Sigmund Freud did a couple of tests. Sigmund Freud realized that his patients weren’t getting any better and came to the conclusion that there’s some inner resistance that prevents them from transforming.

The universe relates to the ability to catch a glimpse of this resistance and challenge the thought system. It’s a systematic safety-net that impedes our willingness to overcome this state of chaos.

Gabrielle recalls her struggle against depression that she’s had since she was a teenager. For not knowing what exactly was causing this sense of perpetual fear, she took a trip with her boyfriend to a beach house.

Once there, she excused herself and walked into an isolated small room on the second floor to find her inner shelter. The dark cloud of thoughts was scattered away as she entered into a blissful state of mind by connecting with the divine.

When this feeling of anxiety started to recede, Gabrielle became increasingly interested in worldly pleasures. Having a relationship and thriving in a professional sense became a top priority, for example.

She even started abusing drugs and alcohol, a decision that plunged her into the dark bottom that she feared been unrecoverable. Gabrielle was ashamed of herself as if she betrayed the only real friend she has ever had. However, it wasn’t too late to change as her inner urge to overcome this anxious surge grew stronger by the day.

The universal magic is not so easy to come by

In the next few chapters, Gabrielle emphasizes the significance of changing perception. She expresses words of worry for those who jump into conclusions without trying to shift their angle of view.

To prove a point, she gives an example. When you are in the movies, and the bad guy is waiting just around the corner, while the good person is passing by, we are all like “don’t go,” or “be careful,” or “turn back.”This manifests our habit to make the same old mistakes, without being aware of doing so. Whatever you perceive, you conceive. Therefore, it’s of immeasurable value to cast doubt on these mental tendencies.

It all boils down to understanding the state of consciousness, which is the only genuine power. Some people refer to this absolute phenomenon as a “god,” others as “the universe” or “awareness”, and as they usually say nowadays, you’ll find it as “universal truth”. Whatever name you assign to it, it serves an equal purpose.

Gabrielle tells us that real power lies in presence, which goes against conventional logic and crosses swords with the inner world you have created. The accumulation of events, thoughts, and sense of self compose the dualistic reality.

She often gets the question: “For whom are these laws created?” The simplest answer is – “For everyone.”

Meditation and prayer are keys that can open up all the doors in the universe.

The constant resentment and anxiety indicate that you lean too much on your mind.

Your projection is your perception.

Being in the present moment is the only genuine power.

When you unintentionally break off this connection, just say a prayer and get back on track.

If you have the guts to be responsible for what you absorb and nurture, then you’ll see an immediate shift in your state of mind. You cannot deny the connection between the inner world and the actual reality. For example, people living in wealthy and prosperous nations shouldn’t be having this difficulty, but that’s just nonsense.

Regardless of your surroundings and necessities, you should feast your eyes with love and compassion such as Mahatma Gandhi. Despite the appalling conditions he lived in, a righteous cause guided Gandhi and formed his perception.

An ignorant person wants to change the world, a smart person only wishes to transform themselves. Don’t go running around, throwing your tantrums at someone’s face.Take an inward journey to overcome your suffering instead.

In the next few chapters, Gabrielle explains to us how is it possible to reap the benefits of being spiritually mature. Besides, she calls upon all of humanity to wake up by doing the following:

You might be thinking that to avoid fear is the ultimate goal, but that’s not the case. You ought to identify your genuine teacher, which is the universe, and abide by the rules of love and broader understanding.

The tricky part is finding the courage to detach from emotions and emotional baggage before strengthening your connection with the divine. Furthermore, to ensure that you receive the universal love, it’s of utmost importance that you gear up with the right mentality for the task.

Get out of your comfort zone, and tackle the monkey mind by establishing your connection with the divine once you veer off course. It’s a powerful exercise that could help you when pushed into craziness of any sort. You'll be able to calm your mind and put it in a position of total relaxation by meditating.

In this book, Gabrielle explains how practicing  for 12 minutes each day can lift spirits and put you in a better mood. Also, it will help you understand intentions that prompt into taking certain actions and decisions.

Sometimes, you won’t feel like you are in the godly presence, but the universe acts mysteriously even when you’re outraged at something. Let go – is something you’ll hear quite often. Gabrielle even gives us a rundown on how our obsessive need of being in control can backfire , and make us even more depressed.

The path to a blissful state

In the last chapter, Gabrielle shares her strategy to get pregnant. She was so worried about the timing that she forgot about love itself. Gabrielle was caught unaware and instead of indulging in love and taking pleasure at that moment, she proceeded to make plans. She went as far as comparing herself with her friends, who had just gave birth or conceived a baby.

As human beings who feel inclined to set goals and make preparations for things to turn out in our favor, we rarely live in “now.” This thinking-method has the earmarks of a great plan that would keep us organized even in the most scatterbrained periods of our lives.

Nonetheless, nobody can spot the danger of remaining rigid and subjective. Why do you believe that your projections, your particularistic predictions are the best-case scenario? We are misled to believe that this little voice is our best friend. Such arrogance and ignorance keep us from perceiving the real wisdom, which portrays life as uncertainty to its full extent.

Understand that you deserve to be happy

Many people have given up on life, even though they are at their prime years. It’s a paradox that doesn’t seem to go away. As a response, the author merely implies that “happiness” is a choice for those who want more. It’s not a matter of materialism, but a matter of inner development and growth. It’s a state of mind and heart you should strive to achieve.

If you believe that sheer will is all that separates you from a blissful experience, you better think again. For example, the utility of applying an aggressive strategy in the workplace is overestimated. Although you may be given liberty to do whatever you want and achieve more, this will not be enough to reach a stage of genuine satisfaction.

The mental projections are, by all means, tricky to restrict, as they twitch and adjust in a wavelike movement.

It’s pretty easy to spot that people love to be in the driver’s seat. They love to set the rules and run the show. But, holding the reins and reaping the seeds of such actions often comes at a price not all leaders are willing to pay.

When it comes to spirituality, you have to loosen up and take a break from all the restless striving to control the outcome. Therefore, the art of surrender will help you understand the big picture, and how going along with the flow could be the best decision.

When a person discusses the problems that they have been through, it’s not as straightforward as you might think to come up with the right diagnosis. We feel like that’s the case here.

Gabrielle struggled to keep depression out of her life but managed to subdue these negative urges through the means of meditation and prayer. After all, we can say that the book is both practical and compelling.

Do you have similar issues when it comes to regaining your composure? If that’s the case, then we recommend you reading “The Power of Now” by Eckhart Tolle.

More books on Lifestyle and Self Help & Motivation