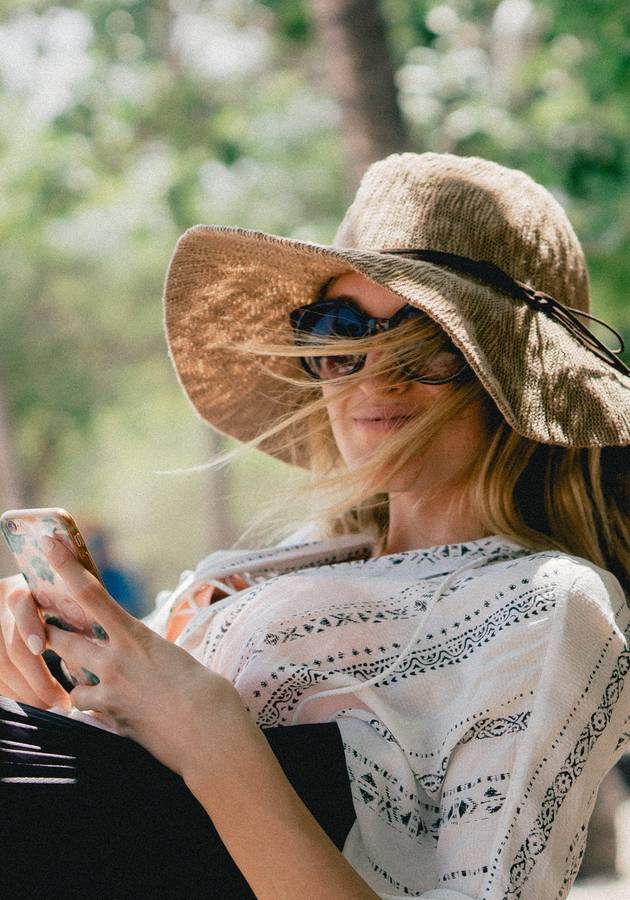 This microbook is a summary/original review based on the book: The Subtle Art of Not Giving a F*ck: A Counterintuitive Approach to Living a Good Life

The problem with living in modern society is that people expect to be extraordinary at everything, believe they must always be positive, and feel they can never fail. In “The Subtle Art of Not Giving a F*ck,” Mark Manson clears up these misconceptions once and for all. To be truly successful and happy in life, he says, you must learn to doubt yourself. Doubt others. Allow negative feelings. Stop chasing fame. And know that life is a struggle.

So, get ready to learn why negativity is actually the way to a positive, happy and fulfilling life.

It’s ok to feel down

Do you know this feeling? You are anxious, angry or worried about something or someone in your life. You cannot think of anything else. You cannot be productive and your anxiety holds you back. Then, you wonder why you are feeling anxious in the first place. So you become anxious about being anxious. Which, in turn, makes you more anxious. This is what Manson calls the “feedback loop from hell” and is probably a feeling that most people are familiar with. Where does this anxiety stem from?

Part of the problem is our society’s focus on a positive, can-do attitude, says Manson. Especially through social media platforms such as Instagram, which presents ever-perfect images of life, leading to a rejection of any negative feelings. Feeling sad or anxious might actually feel unnatural as a result. So instead of making our lives better, rejecting the negative makes it worse.

There are three subtleties defining what it means to not give a fuck:

So basically, deciding to not give a fuck simply means reorienting your expectations in life by choosing what is important to you and what is not. It allows you to reclaim your life.

Life is a struggle

In fact, Manson says, “Dissatisfaction and unease are inherent parts of human nature.” They are also necessary to create happiness. Negative emotions evolved because they are biologically useful: feeling dissatisfied or insecure inspires change in the long run. So negative feelings are actually essential for the future of mankind.

You cannot be happy or successful without struggling, so the more important question to ask is not how to be happy, but what you are willing to go through for happiness. Choose your struggle.

Manson’s biggest teenage dream was to become a rock star, but he eventually gave up on this because he realized he was not willing to make the sacrifices necessary to achieve his goal - learning an instrument, sacrificing free time to learn how to play it, finding a record label, and so on.

Struggle inspires growth. Success is actually measured by how many times you have failed. If you really want to succeed, you will have to endure a thousand tiny failures. This is the only way to improve yourself, since you will  likely learn more from one failure than you will from a thousand successes.

So ask yourself what you want and if you are willing to struggle for your goal.

Taking charge of your life

William James was born as the eldest son of three children in the 19th century. He suffered life-threatening health conditions. As a child, he was temporarily blind and had such bad back spasms that often, he could not sit or stand upright. He did not have many friends, so he took up painting as a hobby. He wanted to become a famous painter one day, but his father kept criticizing him for a lack of talent. In the end, James was sent to Harvard Medical school, where he felt like an impostor and eventually dropped out. At nearly 30 years old, he had not achieved anything. His younger brother Henry James, however, would go on to become a world-renowned novelist and his sister Alice James made money from her writing as well. James contemplated suicide, but was transformed through reading the philosopher Charles Peirce. He decided to take control of his own life and to stop blaming others for his problems. In the end, William James became the founding father of American psychology.

This little example shows that it does not help to blame external factors for your own failures. Of course, we sometimes cannot change what happens to us, but we can change the way we think about it. In reacting to outward influences, we can take an active role in what happens to us. Often, the same event can be good or bad, depending on the metrics we use to measure it.

Choosing the right values to live by

Just like social media is constantly telling us that everyone around us is leading the perfect life, our culture has also evolved to make us strive to become extraordinary. Actually, being “average” has come to be the same as being a failure. We live in a society that believes we are all entitled to be extraordinary, without actually having to work for it. Entitlement of this kind, however, isolates us. It makes us believe we are the center of the universe and prevents us from looking at the world with curiosity and a willingness to improve ourselves.

Think of it this way: if you believe that life is only notable or worthwhile when it is truly extraordinary, it means that most people in the world lead worthless lives. Besides, if everyone were extraordinary, we would all be the same, so, ordinary again.

Accept the fact that you are neither extraordinary, nor special. You are just like everyone else. But anyone who has done exceptional things in the past did them not because they believed in their own extraordinariness, but because they were striving to improve themselves.

To lead a happy life, you need to define the right values to live by. And there are some values that will inevitably create problems and unhappiness. Manson says ”shitty” values include pleasure, material success, always being right or staying positive. These are values reliant on external factors and beyond your control.

On the contrary, good values are based in reality, are constructive to society, and immediate and controllable: honesty, vulnerability, self-respect and creativity. Take Picasso, for example. His underlying value was an honest expression, which meant that he never gave up painting and was not overcome by anxiety over external factors such as success.

No one is always right!

Be careful about what you believe. Even your memories can betray you. Our brains were designed to be efficient (not accurate), which means that in extreme cases, we can even conjure memories of events that didn’t happen. Accept that you may be wrong about some things in life - no one is always right!

Being self-critical is one of the hardest skills to master, and Manson dubs this Manson’s Law of Avoidance, “The more something threatens your identity, the more you will avoid it.” Letting go of your self-image can actually be a liberating experience. Maybe you have seen yourself as being married to your job your entire life, but to question and give this notion up might finally enable you to spend more time with your children.

Always being sure and certain of everything is actually constraining. It means that you are unable to question and better yourself, and it will hinder you from achieving what you truly want in life. Besides, by letting uncertainties into your life and questioning your worldview will help you realize that it is really just you against yourself, and not you against the world. This, in turn, will make you feel more in control of your own life.

Facing our own mortality

You may not want to face it, but we are all going to die one day. This thought scares many people, but again, it is a question of changing your mindset. Without death, life would have no meaning. So the awareness of death can enrich our experience of life.

When Manson was younger, one of his friends, a 19-year-old named Josh, died after jumping into a lake at a party. Even though this experience deeply affected and depressed Manson, it was also the most transformational experience of his life. He became aware of his mortality and more focused on the things that were most important to him.

In order to feel truly comfortable with death, start seeing yourself as something bigger than yourself. By choosing values that have an effect on those around you, you will make your mark in the world that matters to you. Accept that you will inevitably miss out on some things in life. Committing to a single hobby, a single job, a single person can offer you the freedom you are seeking. You know what you have is good enough, so why would you want to pursue anything else? Commitment also helps to focus your attention on what’s important in life, away from the frivolous. It offers a depth of experience that is otherwise lacking.

Remember: you are already great because you choose to control your life, despite uncontrollable factors and your own mortality. This already makes you beautiful and loved.

Choose to gain control of your life by not giving a fuck about money, glory or fame. Focus on what really matters to you. Mark Manson’s bestselling “The Subtle Art of Not Giving a F*ck” has convinced readers all around the globe.

As Steve Kamb, bestselling author of “Level Up Your Life” writes: “This book hits you like a much-needed slap in the face from your best friend: hilarious, vulgar, and immensely thought-provoking. Only read if you are willing to set aside all excuses and take an active role in living a f*cking better life.”

Come up with a specific goal of what you want in life. Ask yourself, are you willing to struggle to achieve it?

Mark Manson is an American self-help author of three books – “Models,” “Everything is F*cked,” and The New York Times bestseller “The Subtle Art of Not Giving a F*ck.” He also hosts his blog at markmanson.net, regularl... (Read more)