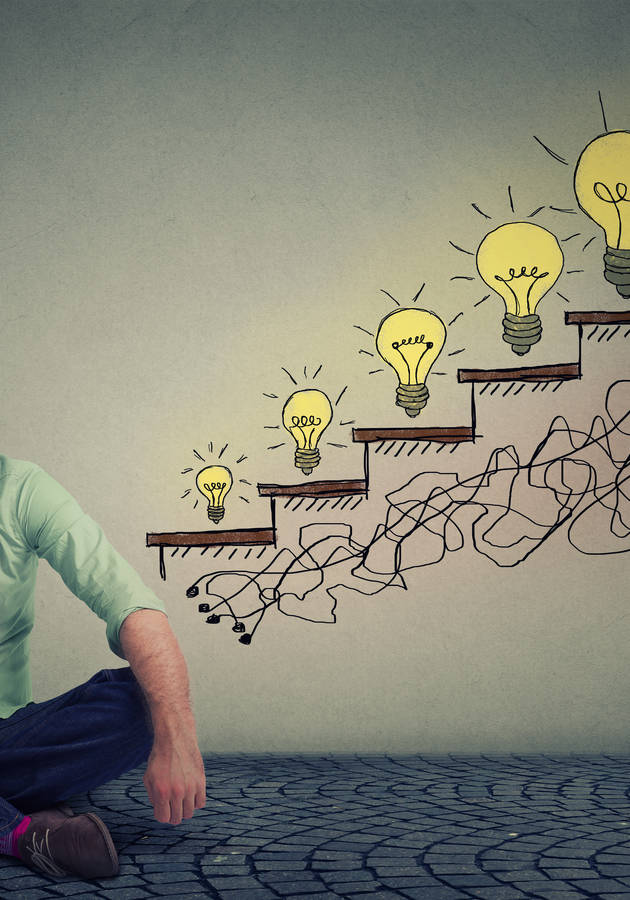 This microbook is a summary/original review based on the book: The Magic of Thinking Big

Even though different individuals define it differently, success is, undoubtedly, the final objective for the majority of people. Everybody wants the best of life, and nobody settles willingly for mediocricy. And yet, very few people actually succeed in life. The reason, according to motivational writer and coach David J. Schwartz, is that they don’t think properly. According to him, “the size of bank accounts, the size of happiness accounts, and the size of one’s general satisfaction account is dependent on the size of one’s thinking. There is magic in thinking big.”

So, get ready to learn how to develop the power of this kind of belief and how to cure yourself of “excusitis,” the failure disease, and prepare to discover why thinking power is more important than mere intelligence and why a defeat is nothing more than a state of mind!

Believe you can succeed and you will

“Truly I tell you,” says Jesus in the Sermon on the Mount, “if you have faith and do not doubt… you can say to this mountain, ‘Go, throw yourself into the sea,’ and it will be done. If you believe, you will receive whatever you ask.” And he is not the only one to say something along these lines. Thousands of years before him, the prophet David wrote, “As one thinketh in his heart, so is he;” thousands of years after him, John Milton observed, in “Paradise Lost,” that the mind is its own place and in itself can make a heaven of hell or a hell of heaven. A few centuries after Milton, Ralph Waldo Emerson concurred, noting that great men are those who see that thoughts rule the world.

And yet, despite these four being some of the finest and biggest-thinking minds in history, most people nowadays think that it’s nonsense to believe that you can move a mountain simply by telling it to move. “But you can move a mountain with belief,” writes Schwartz confidently. “You can win success by believing you can succeed. There is nothing magical or mystical about the power of belief.” Why? Because belief is basically a power source.

The I’m-positive-I-can attitude generates the power, skill, and energy needed to do great things. In other words, the how-to-do-it mindset is a straight upshot of the I-can-do-it belief. Or, better yet, the potential of any individual is a product of his thoughts: those that adjust their thermostats forward – move forward, and those who believe big – grow big.

Fortunately, it’s not at all difficult to acquire and strengthen the power of your belief. You just need to remind yourself to comply with the following three guidelines:

Cure yourself of excusitis, the failure disease

Where there’s a will – there’s a way; where there’s none – there are excuses. Besides thinking small, they explain best the difference between the people who are going places and those who are barely capable of making ends meet. As a rule of thumb, the more successful the person, the less inclined they are to make excuses. Unsuccessful people, on the other hand, suffer from “a mind-deadening thought disease,” called excusitis.

Now, excusitis appears in a variety of forms, but the four most common – and, coincidentally, worst – types of this disease are health excusitis, intelligence excusitis, age excusitis, and luck excusitis. Let’s see how you can protect yourself against all of them.

Millions of people suffer from health excusitis, but the sheer number of people with bad health who are successful – think Ludwig van Beethoven, Frida Kahlo, Franklin Roosevelt, Stephen Hawking – proves that bad health is never a legitimate excuse for not making it in life. The best vaccine against health excusitis consists of the following four doses:

2. Intelligence excusitis: “But you’ve got to have brains to succeed!”

Most people make two basic errors concerning intelligence: they both underestimate their brainpower and overestimate the other people’s intellectual capacity. “What really matters is not how much intelligence you have but how you use what you do have. The thinking that guides your intelligence is much more important than the quantity of your brainpower,” writes Schwartz. It is of vital importance to understand this: with a positive attitude, a person with an IQ of 100 will earn more money and respect than a pessimistic individual with an IQ of 120.

To vaccinate yourself against intelligence excusitis, try the following:

Who are you fooling? Some people have started revolutions in their teenage years, and people who can bench-press more than you in their 80s. No person is too young or too old to do something that they want. So:

4. Luck excusitis: “But my case is different; I attract bad luck.”

Do you know who attracts bad luck? The people who think they do. And you know why? Because luck, in reality, is nothing more than an excuse made by the losing side. It’s possibly the worst kind of excusitis out there. Cure it in two steps:

How to turn defeat into victory

When someone dies, doctors perform autopsies to better understand the cause. Just as well, when an air accident occurs, the Federal Aviation Administration studies the site of the plane crash for months until it has a satisfactory answer.

“I have not failed,” said Thomas A. Edison once. “I've just found 10,000 ways that won’t work.” And that is the difference between successful and unsuccessful people: the former think big and don’t see failure as the end of the journey, but a stepping stone toward finding the right solution. The following five guideposts should help you develop this mindset and start turning defeat into victory:

Use goals to help you grow

Unless you have a lot of free time on your hands, it’s not a smart idea to start a journey without knowing the destination first. Just as well, it’s pointless to think big for the sake of it and strive to become successful without having a more specific goal to achieve. To set one, use the following success-building principles to work:

First published in 1959, Schwartz’s “The Magic of Thinking Big” has sold over 6 million copies so far and is one of the all-time personal development bestsellers. It’s also still in print, so it has stood the test of time.

Let’s just say that even if you need to read just one self-help book, you won’t make a big mistake if you opt for this one.

As little-known poet Walter D. Wintle wrote in that celebrated poem “Thinking,” “Life’s battles don’t always go/ To the stronger or faster man;/ But sooner or later the man who wins/ Is the man who thinks he can.” So, be that man! It’s not an exaggeration to say that it’s all in the state of mind: even if it doesn’t end with it, success, indeed, begins with one’s will.

Born in 1927, David J. Schwartz was a professor of marketing at Georgia State University and the founder of a successful consultancy company – Creative Educational Services Inc. – which specialized in life strategy and leadership development. However, he is today most f... (Read more)