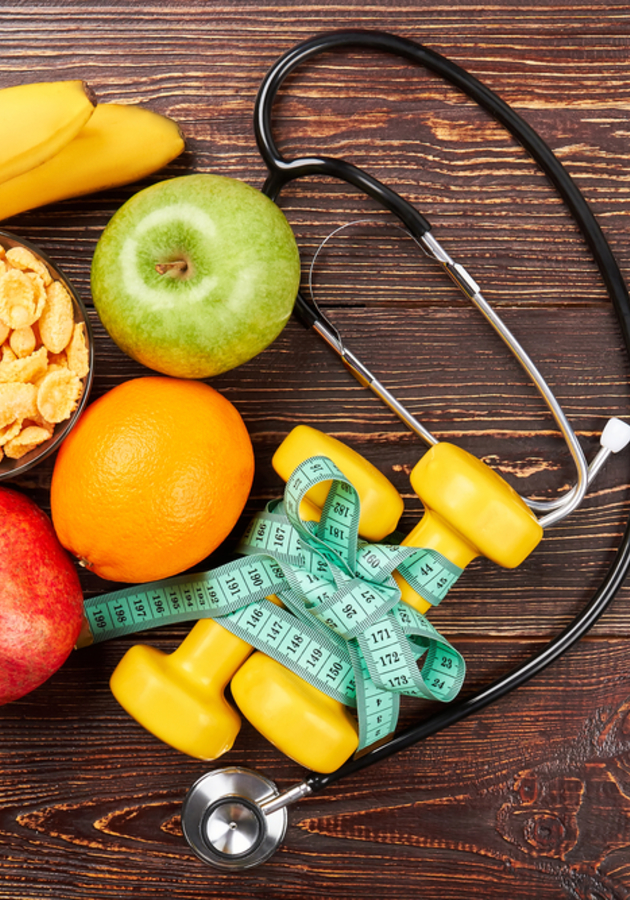 This microbook is a summary/original review based on the book: The Blue Zones Solution: Eating and Living Like the World's Healthiest People

Published in 2015, “The Blue Zones Solution” is the eagerly expected follow-up to Dan Buettner’s seminal book on living longer and healthier titled “The Blue Zones.” If Buettner’s debut delved into the “what” of longevity, “Solutions” studies the “how.” It takes things a step further in terms of science and reveals what individuals can do in their own lives and communities to emulate the healthy habits of centenarians across the globe.

So, get ready to discover the dietary and lifestyle secrets of the healthiest and longest-living people on the planet, and prepare to incorporate their life-extending habits into your own life!

In 2005, in a widely-read National Geographic cover story, Dan Buettner introduced the phrase “Blue Zone” to describe a region of the world where a higher than usual number of people live much longer than average. Three years later, he published “The Blue Zones,” an in-depth exploration of five of “the world’s confirmed longevity hotspots” – Okinawa, Japan; Sardinia, Italy; Ikaria, Greece; Nicoya, Costa Rica, and Loma Linda, California. In the first part of “The Blue Zones Solution,” Buettner shares the top longevity foods from each of these areas:

Obviously, the particular foods that are important to Blue Zones centenarians vary from one culture to the next. To make your food selection easier, Buettner and his colleagues devised the following 10 dietary guidelines. In their opinion, you will live to a hundred if you merely stick to them. No exaggerations there.

No. 1. Plant seed: Ensure that 95% of your food comes from a plant or a plant product

With the exception of the vegetarian Loma Linda Adventists, all other Blue Zone inhabitants consume meat. However, they do so sparingly, using meat only as a side dish or a celebratory food.

So, limit animal protein in your diet and replace it with “beans, greens, yams and sweet potatoes, fruits, nuts, and seeds.” To do this, try to keep your favorite fruits and vegetables on hand. Also, start using olive oil like butter, and stock up on whole grains.

No. 2. Retreat from meat: Consume meat no more than twice a week

Averaged over all Blue Zones, people eat no more than two ounces of meat at a time, five times per month. That’s about half a chicken breast fillet or a pork chop the size of a deck of cards per serving!

Moreover, the meat the Blue Zones inhabitants consume comes exclusively from free-roaming animals – chickens, lambs, or pigs – spared from hormones, antibiotics and torture. If you want to live to be a 100, avoid eating processed meats and designate one or two days a week when you are allowed to eat meat.

No. 3. Fish is fine: Eat up to three ounces of fish daily

According to a long-lasting American health study, the people who live the longest are not vegans or meat-eaters, but pescatarians – that is, people who incorporate seafood as the only source of meat in an otherwise plant-based diet.

True to this observation, fish is a common part of everyday meals in all of the world’s Blue Zones. Make it a part of your diet as well. However, try to steer clear of “farmed” fish and, if possible, try to favor mid-chain fish such as trout, sardines, snapper and anchovies.

No. 4. Diminish dairy: Minimize your consumption of cow’s milk and dairy products

Believe it or not, up until 10,000 years ago, humans didn’t consume dairy. As a result, our digestive systems are still not optimized for milk and milk products (excepting, of course, human milk). Case in point, the majority of the world’s population is still lactose intolerant!

To minimize your consumption of cow’s milk and dairy products, try almond or coconut milk. Also, don’t worry about calcium. Unlike in the West – where we rely on milk for calcium and protein – people in the Blue Zones get these nutrients from plants. You can do it too: a cup of cooked kale provides just as much calcium as a cup of milk!

No. 5. Occasional egg: Eat no more than three eggs per week

Just like meat, egg is a side dish in the Blue Zones and comes from animals that range freely and do not receive antibiotics or hormones.

If you want to be as healthy as them, you should buy only small eggs from cage-free chickens, consume them cautiously, and regularly combine them with fruit and other plant-based foods for breakfast. For example, Okinawans boil eggs in their soup, Nicoyans fold a fried egg into a corn tortilla, and Ikarians and Sardinians eat their eggs with bread and olives.

That said, it’s not a bad idea to abstain from eggs altogether. It’s not difficult to achieve this: just substitute eggs for scrambled tofu. According to Buettner, it is both healthier and tastier.

No. 6. Daily dose of beans: Eat at least a half cup of cooked beans daily

“Beans are the cornerstone of every Blue Zones diet in the world,” states straightforwardly Buettner.

On average, inhabitants of the Blue Zones eat at least four times as many beans as most Westerners do. Nicoyans favor black beans; Ikarians and Sardinians are fond of white beans, lentils, and garbanzo; finally, Okinawans have a preference for soybeans. They all consume at least a half cup of beans per day which provides most of the vitamins and minerals a human being needs.

So, make sure your kitchen pantry has a variety of beans to prepare. Buy dry beans when you can, and canned only if fat and sugar are not among the ingredients stated on the label. Also, try to teach your children to eat beans from an early age.

As Buettner notes, even though it might seem as something revolutionary, you won’t be doing anything new: in the Bible’s Book of Daniel (1:1-21), a two-week bean diet is said to improve the health of children.

No. 7. Slash sugar: Consume no more than seven added teaspoons a day

Natural sugar has always been part of the human diet. Found in fruits, vegetables and even milk, this type of sugar is not the problem. In fact, North Americans consume about the same amount of naturally-occurring sugars as the Blue Zones centenarians.

However, the latter are not even familiar with the concept of “added sugar” which is one of the biggest modern health hazards in the Western world. Mixed into sodas, muffins, sauces and ever-present in snacks and sweets, the amount of added sugar in the food supply rose almost 30% in the last three decades of the 20th century. In other words, food producers have insidiously added more than 22 teaspoons of sugar in our average daily diet!

No. 8. Snack on nuts: Eat two handfuls of nuts per day

According to a Harvard study that followed 100,000 people for three decades, nut-eaters have a 20% lower mortality rate than people who don’t eat nuts. Unsurprisingly, the Blue Zones centenarians eat nuts regularly: Nicoyans adore pistachios, Ikarians and Sardinians almonds, and Adventists eat all kinds of nuts.

So, stock up on a variety of nuts yourself and incorporate them into your regular meals as a protein source. Take packages of nuts for travel and keep nuts at your office for mid-afternoon snacks. Also, if you are not against experimenting, try adding nuts to your soups and salads – you won’t regret it!

No. 9. Sour on bread: Replace common bread with sourdough or 100% whole wheat bread

As in the case of sugar, bread is not a problem in itself – after all, it has been a human dietary staple for at least 10,000 years. However, the bread most Westerners buy is made with refined bleached white flour which metabolizes quickly into sugar. Moreover, it contains gluten which creates digestive problems for many people.

The bread the Blue Zones centenarians consume is different. It is made either from a variety of whole grains – such as wheat, rye, and barley – or with naturally-occurring bacteria which digest the starches and glutens (sourdough). Put simply, if you’re going to eat bread, be sure to make it yourself. Or, if you’re buying it, look for heavy, dense, minimally processed, 10% whole-grain breads that you can’t squeeze into a ball!

No. 10. Go wholly whole: Eat foods that are recognizable for what they are

As defined by Buettner, whole food is one that is “made of a single ingredient, raw, cooked, ground, or fermented, and not highly processed.” Almost all of the food consumed by Blue Zones centenarians – and, unfortunately, almost none of the food we eat – can be described in this manner.

The message is clear: start avoiding factory-made foods, foods wrapped in plastic, food products made with more than five ingredients and any premade or ready-to-eat meal. Instead, start shopping for foods at your local farmers markets or community-supported farms. If you can’t recognize how something tastes – or even what it is – by the looks of it, then it’s probably not a food you should eat.

If, by any chance, the ten food rules just described seem daunting to you – worry not: Buettner and his team devised even simpler guidelines! They grouped most foods into eight categories and then divided those into two groups: four to avoid, and four to embrace.

Knowing which foods to eat is great, but it is still only the first step toward reaching that coveted hundred as a healthy individual. People in the Blue Zones live longer not only because they eat healthier, but also because they have developed habits and practices that create, in the words of Buettner, “a virtuous circle between food, healthy social networks, moving naturally, strong spiritual life, and overall well-being.” These are the six most powerful:

“The Blue Zones Solutions” completes what “The Blue Zones” started 10 years before. Based on long-lasting research and several diets and lifestyles that have verifiably worked for centuries, together, these two books form your best bet to a long and healthy life. No exaggerations there either.

For a more complete picture, check out our summary of “The Blue Zones” and discover Dan Buettner’s Power Nine!