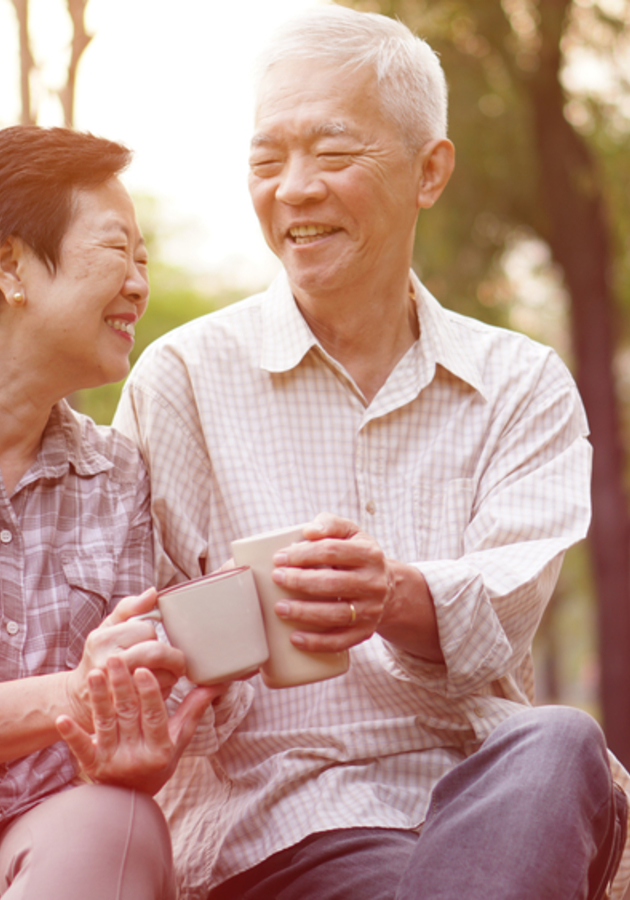 As in the case of the recently popularized Danish word hygge (HUE-guh), there is no simple, direct translation into English for the Japanese word ikigai. However, roughly speaking, the two are opposites: whereas hygge is the art of doing nothing, ikigai is the art of doing something. To be more precise, the art of being happy while being busy. As Spanish writers Héctor García and Francesc Miralles discovered after spending some time in Ogimi (oh-GEE-me), a rural town on the north end of the Okinawa island, ikigai may also entail something more: the art of living a long and peaceful life.

The purpose of their short but enlightening book titled “Ikigai” is to share their learnings from their time in Japan and bring you the secrets of the country’s blissful centenarians. So, get ready for some age-old wisdom from the Land of the Rising Sun and prepare to acquire a few necessary tools to find your own ikigai!

Ikigai, the reason for being

A French philosopher might call it a raison d’être or, a reason for being. The Japanese call it ikigai and claim that everyone has one. They also claim that happiness can only be attained once one finds their ikigai and embraces it. Whereas we in the West often fear what our destiny might bring us, the Japanese try to discover it and live in agreement with it. There is no point in resisting playing the role you were born for: happiness is the inevitable corollary of playing it well.

In Japanese, the word ikigai is made from the characters of two other words, “life” and “to be worthwhile.” However, it is usually translated into English as “the happiness of always being busy.” There is a reason for this: living in accordance with your ikigai is never a passive endeavor. For the Japanese, purpose always requires participation and passion. Perhaps that’s why there is no word in their language that means “retire” in the sense of “leaving the workforce for good.” Loosely speaking, the Japanese never retire: they just skip between different purposes throughout life.

To put it as bluntly as possible, ikigai is the reason one gets up in the morning. But it is also so much more: the bliss, the essence, the place where passion, mission, vocation, and profession intersect. In other words, one’s ikigai is the middle ground between what one loves, what they are good at, what the world needs from them and what can be paid for. It might also be the secret behind the extraordinary longevity of the Japanese, especially the inhabitants of the island of Okinawa, where there are 25 people over the age of 100 for every 100,000 inhabitants – far more than the global average. “Only staying active will make you want to live a hundred years,” says an ancient Japanese proverb. Ikigai is all about staying active.

From logotherapy to ikigai

A century and a half ago, in one of his famous aphorisms, German philosopher Friedrich Nietzsche (KNEE-chuh) remarked that whoever has a “why” to live for can bear almost any “how.” During World War II, an Austrian psychiatrist by the name of Viktor Frankl observed the profound wisdom of Nietzsche’s claim firsthand. During his time in Auschwitz, the largest and most notorious Nazi camp of the Holocaust, Frankl realized that it wasn’t the strongest or the fittest that survived the inhumane torment and suffering. It was always, and without an exception, the ones who had a reason to, the ones who wanted to accomplish something outside the camp.

In 1946, very soon after the liberation, Frankl published a highly influential little book titled “Man’s Search for Meaning.” In it, in addition to describing his experiences at the Nazi camps in the 1940s, he also developed a new school of psychiatric treatment called logotherapy, after the Greek word for “reason,” logos. In Frankl’s opinion, life has meaning under all circumstances, even the most miserable ones; our main motivation to go on in life is our will to find this meaning. Put simply, according to logotherapy, living always means living for something. Neuroses and existential crises happen when one forgets their “why.” Frankl believed that the only duty a psychotherapist had was to help their patients find their reasons to live.

The Japanese believe this is the duty every human being has for themselves. This is the essence of ikigai. Ikigai is what allows you to look forward to the future, no matter how empty, frustrated or anxious you feel in the moment. It is, fundamentally, what prevents you from committing suicide. Usually all of us have good reasons not to kill ourselves, but our daily obligations and commitments, coupled with other people’s eternal expectations, either obscure them or drive us into forgetting them.

That’s why we feel despondent and desperate some of the time. We feel like we should be doing something other than what we are currently doing, but we don’t have the time or the energy to discern that something, let alone act upon it. To paraphrase Australian cartoonist Michael Leunig, it’s wrong to feel, with the old Ecclesiastes from the Bible, that all “things” lead to weariness. The very opposite is true: all “no-things” lead to weariness. We are not worn out by the things we do, but by the things we don’t do and should do. The good news is that once you find your ikigai, your personal reason for being, “it is only a matter of having the courage and making the effort to stay on the right path.”

From flow to ikigai

In addition to Frankl’s logotherapy, another popular Western concept related to ikigai is the “flow state.” First described by its godfather and seminal theorist, Hungarian-American psychologist Mihaly Csikszentmihalyi (ME-high Cheek-SENT-me-high), the flow state is “the state in which people are so involved in an activity that nothing else seems to matter; the experience itself is so enjoyable that people will do it even at great cost, for the sheer sake of doing it.” When you are so lost in your work that you start disregarding your needs for food and sleep, then you are experiencing flow. There are many ways to find your ikigai, but the flow state is where most pursuits begin.

According to researcher Owen Schaffer of DePaul University, there are seven requirements for achieving flow. Knowing what to do, knowing how to do it, and knowing how well you are doing it are the first three. However, you also need to be able to pick out significant challenges and possess significant skills. It’s not a prerogative, but it helps if you have a destination, that is to say, if you know where you want to go before you even begin your journey. Finally, the flow state can only be accomplished in the absence of distractions and interruptions. Just like dreaming, you cannot restart it at the desired moment if you wake up in the middle of it.

Furthermore, García and Miralles (Mir-ah-shehs) disentangle three strategies that can increase your chances of achieving flow:

The Japanese have known this for millennia. That’s why they “often apply themselves to even the most basic tasks with an intensity that borders on obsession.” Driven by their found sense of purpose, their ikigai, many of them eventually become experts in many seemingly trivial aspects of life, such as tidying, making tea or sushi, manufacturing porcelain, or even analyzing anime and manga as artistic forms. But that’s another lesson from Japan: nothing is trivial as long as it makes you get out of bed. On the contrary.

Fascinated with the Japanese way of life, García and Miralles (Mir-ah-shehs) spent several weeks in Ogimi, an Okinawan village which boasts the highest life expectancy in the world and is justly nicknamed the Village of Longevity. After interviewing many of Ogimi’s 3,000 inhabitants, they realized they were right to suppose at the beginning of their journey that ikigai wasn’t only a guarantee for a good life, but also a promise of a long one. García and Miralles could also distill, from the age-old wisdom of the long-living residents of Ogimi, the following ten rules of ikigai:

A brief but absorbing book, “Ikigai” by Héctor García and Francesc Miralles is one of the texts most responsible for the popularization of “the ikigai lifestyle” in the West. As stated in the “KonMari Newsletter,” the book demonstrates that “aging could be an opportunity to keep working, keep smiling, keep active, and keep being social.”

It also demonstrates that modern-day busyness, if properly managed and understood, needn’t be something that makes life unbearable. On the contrary, it can be the very thing that gives life purpose and meaning.

“A life without a purpose is a languid, drifting thing,” wrote a medieval German author by the name of Thomas à Kempis about a millennium ago. The Japanese have known this since the dawn of time. That’s why they always have a “why” for their “how’s.” That’s why they try to find “flow” in the tasks they’ve chosen to do, eat in a balanced and mindful way and do low-intensity exercises. Follow their example. Science has shown that it leads to happiness, contentment and a long life.

Héctor García is a Spanish-born IT expert and bestselling author, who has lived in Japan ever since the age of 16. His popular blog served as the foundation of his 2011 international bestseller “A Geek in J... (Read more)

Francesc Miralles is a bestselling and award-winning Spanish author who has written a number of well-liked novels and critically acclaimed self-help books. He is best known for his 2002 romance, “Love in Lowercase,” as... (Read more)