Getting Past No - critical summary review 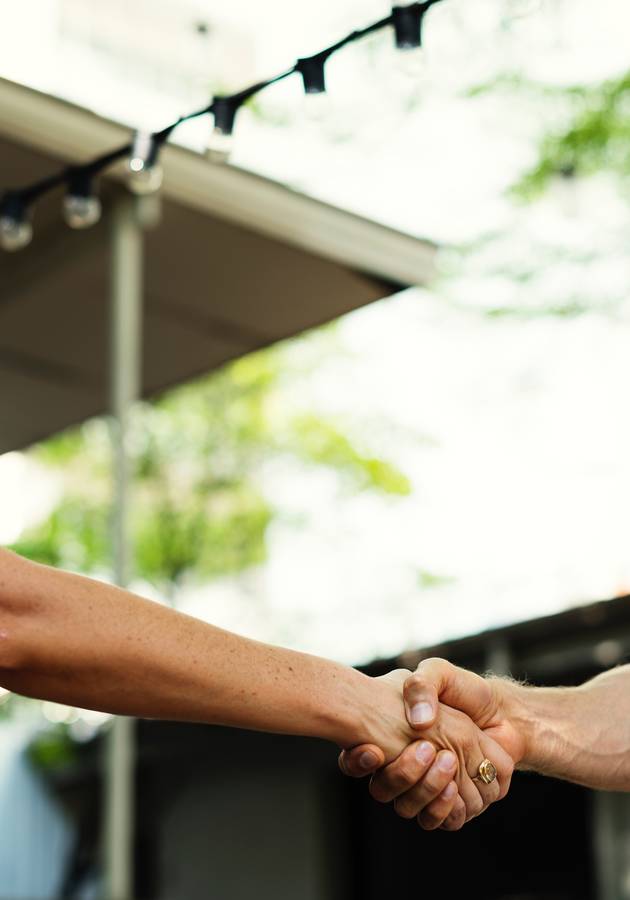 This microbook is a summary/original review based on the book: Getting Past No: Negotiating in Difficult Situations

We live in a world of strongly felt differences, and often, when trying to come to an agreement with someone, we are fighting unreasonable behavior. Even so, it is still possible to successfully negotiate through these situations!

After writing “Getting to Yes,” negotiator and mediator William Ury decided to write “Getting Past No” as an answer to the most common question put to him: “What do I do if the other side does not want to cooperate?”

Cooperation is achieved through a five-step strategy dubbed “the breakthrough negotiation.” So, get ready to learn how you can artfully negotiate conflicts in your life!

Preparing for a negotiation

Many of us see negotiation as a stressful confrontation. Often, it seems there are only two potential outcomes during such a discussion: win or lose. There is a third way, however, and that is joint problem solving. It revolves around each party’s interests, rather than their positions. Ury says the ultimate aim is to try and satisfy each party’s interests through skillful negotiation, but it is often not as straightforward as that. Our emotions and reactions are often too strong and may inhibit constructive problem-solving.

There are five barriers to successful cooperation that the breakthrough strategy has to address:

To successfully negotiate, indirect action should be your strategy. Often this means doing the exact opposite of what you may feel like doing.

Preparation is the key to successful negotiation. Before you begin, Ury says you should map out the way to an agreement first. This involves thinking about your interests, your standards, your alternatives and your proposals. It’s important to identify an alternative strategy, your BATNA (Best Alternative to a Negotiated Agreement). Finally, if possible, rehearse your arguments beforehand.

The first step towards successful negotiation is to distance yourself from your own emotions. Imagine standing on a balcony and watching the negotiation from there.

There are three natural reactions to a fight: to strike back, to give in, or to break off. However, neither (none) of these reactions lead to a successful resolution of the fight. With these reactions, you lose sight of your interests and will be unhappy with the outcome of your negotiation. So always keep your eye on the prize!

Take a step back before reacting. A few strategies to buy yourself time are pausing and saying nothing, asking the other person to repeat what they have said, taking a time out and most importantly, not making important decisions on the spot.

You might not even realize you are reacting, because you are too emotionally absorbed in the situation. It can be helpful to identify your opponent’s tactic. This will make you less susceptible to it and will prevent you from mindlessly reacting. Be alert, but not suspicious. Three common tactics are:

Step 2: don’t Argue: step to their side

The next step in successful negotiations is to be aware of the other party’s emotions. While you might want to disagree with them, you should actually do the opposite. Agree with them, listen to them, acknowledge them, so that you can both stand on the same side. This is essential if you want to reach a joint conclusion of the argument.

Listen actively to what the other person is saying. Feeling understood and recognized is a deep human need and by satisfying it, you can actually turn the conversation around. Once you have let the other party have their say, it is very likely they will have calmed down enough to have a rational conversation with you. Reflect back on what you heard to let the other person know that you truly listened to them; you can do this through paraphrasing, for example.

Even if you strongly disagree with the other party, you should still acknowledge their points. In any case, acknowledgement is not the same as acceptance. But by acknowledging what the other party is saying, they will lose their emotional charge. One of the most powerful ways to do this is through preemption. You can say, for example, “If I were in your shoes, this is the way I’d see it.” Offering an apology can have the same effect as well.

You may think that acknowledging the other person’s point of view will make you appear weak, but it actually underlines your strength. Project your confidence through a calm, confident posture and tone. Show that you’re not afraid by standing up straight, making eye contact and using the other person’s name.

Having gone through the first two steps, you now have created a favorable climate for negotiation. The next hurdle toward coming to an agreement will depend on the other side’s position. They might not be willing to be flexible, and you might be tempted to reject their position. After all, it’s not what you want. To reach an outcome you are happy with, however, you will have to reframe what the other person has said.

Use their statements to diverge the negotiation in a different direction to provide opportunities to talk about the problem. You can do this by using problem-solving questions such as: “That’s interesting. Why do you want that? Help me understand the problem you are trying to solve.” This will shift the conversation from positions to interests. Good problem-solving questions are open-ended and eye-opening, so that your opponent cannot reply with a simple “no.’’ If your opponent struggles to answer and the ensuing silence makes you feel uncomfortable, refrain from breaking it. You asked a reasonable question, and they should come up with an answer to it.

If all your reframing tactics do not work, you can attempt to recast the conversation by trying to discuss the negotiation itself. Bring up your opponent’s behavior. This is often enough to make them take a step back. If this doesn’t help, you may have to talk about the rules of the negotiation. Do this in the same way as talking about the substance, by identifying interests, generating options and discussing standards of fair behavior.

The next barrier between you and the outcome you desire is the level of your opponent’s dissatisfaction. The four most common reasons for another party’s resistance are: it was not their idea, they have unmet interests, they’re afraid of losing face, or you have addressed too much, too fast. You may be tempted to push your point, but this will further corner your opponent and make it even more difficult for them to agree.

Try, instead, to draw them toward you by building, what Ury calls, a golden bridge. Actively involve them in finding a solution so that they believe it was their idea. You can do this by asking for their own ideas, for example, and then build on them. You can also request constructive criticism or offer them a choice of options. Whatever you do, do not dismiss their ideas as irrational.

Another common misconception is to assume that the more the other party gets, the less you get. You can often expand the agreement by tactics such as low-cost, high-benefit trades. This means you identify items you can give to the other side at a low cost for yourself, that will however be of high benefit to the other party. This is especially useful when discussing a pay raise, for example.

Sometimes it is impossible to marry your interests to those of the other side. In such a case, you should still do everything in your power to help them save face. To do so, you can show how the circumstances have changed throughout your discussion, which will allow the other party to agree with you without appearing weak. In other cases, it can be helpful to involve a third party such as a colleague, boss or even mediator. It will be easier for your opponent to accept a suggestion made by a third person.

Even when you can assure the other person’s interests have been met and they are able to save face, they might still feel they were rushed into making a decision. It is your job to pace the negotiation and not rush them.

Despite going through all the previous steps, the other party might still not want to come to an agreement. The last hurdle you need to overcome is the other person’s power plays. Some people measure their victory based on the defeat of the other party. They may be confident that they can eventually bully you into submission. In such a case, it is easy to shift your focus from achieving mutual satisfaction to achieving victory. What you should try to do in this case is use power constructively instead of destructively.

You can aim at educating the other party. Their refusal of your efforts up to this point suggests they believe they can win. You need to convince them they are wrong. Convince them that the only way they can win is by both of you winning together. View yourself in the role of a respectful counselor. You can do this by pointing out consequences of not reaching an agreement in a non-threatening way.

If that fails, demonstrate your BATNA. For example, if your BATNA is to go to court, you can involve a lawyer in your discussion. Another strong signal to show you will employ your BATNA is to walk out of the conversation. Apologize for leaving, tell them you are willing to negotiate anytime under fair terms but until then, you will be forced to pursue alternative routes.

Ury says the final challenge after having brought the other side over to your terms is to negotiate a lasting agreement. If you have doubts about their reliability, for example, structure the deal so that you do not have to fulfil your side of the deal until they have fulfilled theirs. You should also come up with a dispute resolution procedure, which is a process to be implemented if either side does not live up to the agreement. Finally, reaffirm your relationship with the other party. The discussion might have strained the relationship, so be generous at the very end of your negotiation.

If you have ever had to fight a battle with an unreasonable opponent, you will recognize the value of the breakthrough negotiation technique. Full of examples, this short book can be used in conjunction with Ury’s other publications, “Getting to Yes” and “The Power of a Positive No.” It is a well-structured and easy-to-understand strategy for successfully negotiating disputes and will probably make all the difference in your future disagreements as well.

Next time you face a difficult negotiation, prepare for it in advance and follow the five steps outlined here.

William L. Ury is a writer and professor at Harvard College. He is the co-author of 'Getting to Yes'. Ury was educated at Le Rosey and the Andover Academy, where he graduated in 1970. In college, Ury studied anthropology, linguistics, and classics. Ury received his B.A. from Yale a... (Read more)