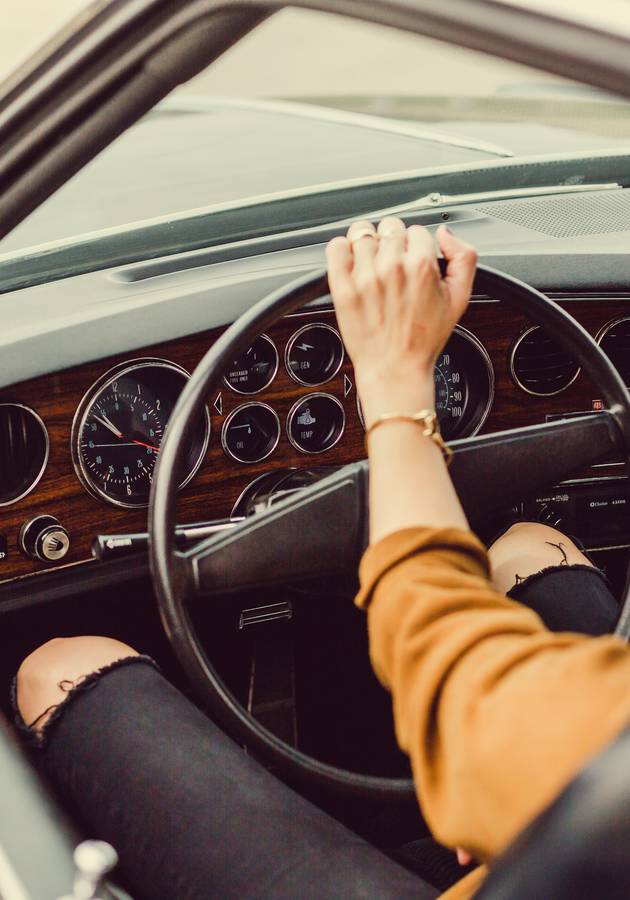 This microbook is a summary/original review based on the book: Drive: The Surprising Truth About What Motivates Us

What motivates us to give our absolute best at work? To continue to strive for improvement, even in the face of seemingly insurmountable hurdles? Contrary to popular belief, extrinsic motivation such as pay raises do little to foster commitment. Bestselling author Daniel H. Pink looks into the true motivating factors in life. Feeling low? Get ready to rediscover your motivation!

For most of human history, humans were motivated by basic survival needs such as finding food, water, a safe place to stay and procreating. In terms of the operating systems of society, this was Motivation 1.0.

Once those needs had been taken care of and humans started forming more complex societies, the operating system got an upgrade as well - call it Motivation 2.0. During this time, it was commonly accepted that people were motivated by seeking rewards and avoiding punishments. After all, this is when modern legal and corporate systems were created.

In the 1900s, scientific management was invented by Frederick Winslow Taylor. This approach saw workers as cogs in a complicated societal machine. To allow for smooth functioning, it was decided to reward the behaviors one wished to encourage, and punish the behaviors that were harmful to business practices. To this day, many corporate environments still operate around this notion of reward and punishment.

This focus on reward and punishment suggests, however, that humans are no different than work horses. The only way to motivate us, according to Motivation 2.0, is by using carrots and sticks.

In the mid-20th century however, a third motivator was discovered. Henry F. Harlow conducted an experiment on eight rhesus monkeys who were given a mechanical puzzle to solve. To the scientist’s great surprise, the monkeys actually started solving the puzzle without any external motivating factors. In fact, when raisins were introduced into the experiment to reward the monkeys for their efforts, they became flustered and actually took more time to solve the puzzle. This experiment suggested a third motivator which became the basis of Motivation 3.0: intrinsic motivation. The monkeys had simply solved the puzzle because they enjoyed doing it.

Even though scientists have now widely accepted that humans are in fact motivated by intrinsic forces as well as external ones, many companies still use Motivation 2.0 to guide their corporate decisions.

Paradoxically, Pink says, the reward/punishment system can often have the opposite effect of what was intended. An experiment with preschoolers showed that not only can a reward system curb creativity, but also change their relationship with work altogether.

Offering rewards or punishments in the wrong circumstances can also diminish work performance - being promised a reward often means that people will work up to the point the reward is given, and then stop working. In some cases, rewards can even push out good behavior and encourage cheating and unethical behavior. On top of that, reward-oriented thinking means focusing on short-term benefits, rather than thinking in the long term.

Pink says working with the reward/punishment system isn’t all bad, however. In rule-based routine tasks it can even enhance productivity, as these tasks exude little internal motivation to start with. For tasks that require creativity, however, only rewards of the “now/that” kind can be beneficial. For example, going out for lunch to celebrate the end of a successful project. This also helps to acknowledge the hard work that went into the project.

Pink describes two general types of behavior in the book: Type X behavior (motivated by extrinsic factors and less concerned with intrinsic motivation) and Type I behavior (which is intrinsically motivated.) The latter kind of behavior is made, meaning we are not born with it. Type X is the behavioral type used in most companies at the moment, but Pink says, “If we want to strengthen our organizations, get beyond our decade of underachievement, and address the inchoate sense that something's gone wrong in our businesses, our lives, and our world, we need to move from Type X to Type I.”

In the long run, people with Type I behaviors are going to achieve more than those with Type X behaviors because intrinsic motivation fosters long-term thinking. These behavioral patterns can be compared to the use of coal vs. renewable energies to produce electricity. Type X behavior is like coal: for most of the last century, it has been the motivating factor for work. It is, however, finite, and grows more expensive over time. On the other hand, Type I behavior is like solar energy: it is infinite, renewable, and cheap.

Human nature is characterized by curiosity and self-determination. We can see these traits in children - they are usually curious about their environment and explore everything they encounter with all their senses. It is only later that this curiosity is muted, often through society’s insistence on reward systems.

Deci and Ryan, two professors of the University of Rochester, developed the self-determination theory (SDT) to explain intrinsic motivation. They say there are three universal innate psychological needs: competence, autonomy, and relatedness. According to the SDT, we are most happy, motivated, and productive when those needs are met. So, rather than using rewards to motivate, they say, these intrinsic motivators should be encouraged to be met.

One year, graduates from the University of Rochester were asked about their life goals. Some stated that they wanted to be famous and rich. Another group had more purposeful goals in mind, such as helping others to improve their lives, or self-development. A few years later, both groups were interviewed again. Those with profit-driven goals reported having the same level of happiness as when they had graduated, even though they had attained fame and fortune. In fact, quite a few of them were facing mental health issues such as anxiety and depression. Those who had set purposeful goals, on the other hand, reported higher levels of happiness. This is not surprising, says Pink, since a sense of purpose is one of the main intrinsic motivators. Research has actually shown that no matter how much money you earn, spending money on someone else or for a cause does have a measurable effect on happiness levels.

Mastery is another strong intrinsic motivator. You may have experienced this before: while working on a task, you become completely absorbed in it and forget the world around you. Painters, for example, can work for hours on the same painting. These are often called autotelic experiences, or, more simply put, working in flow. Csikszentmihalyi, a Hungarian-American psychologist, observed that “the highest, most satisfying experiences in people's lives were when they were in flow.”

Working in flow means that there is a clear, achievable goal, and the task is neither too easy nor too difficult to complete. This motivates us to reach higher than before and develop more profoundly. We are autonomous and engaged. In order to lead satisfying lives, reaching mastery through engagement is essential.

However, in the United States, more than 50% of employees are not engaged at work and 20% are actively disengaged. This is because most workplaces do not encourage their employee’s intrinsic motivation.

Even though most corporate environments are still structured around reward/punishment systems, some workplaces are thinking ahead and encouraging Type I behavior in their employees, with great success.

One such company is based in Australia. At a company there, the CEO took the brave decision to move away from a structured workday and instead introduced ROWE: a results-only work environment. This means that employees could decide when and how they wanted to work, and were only given targets to meet on their own time. By giving them the autonomy to work, they were more intrinsically motivated and delivered better results.

Atlassian, another Australian company, introduced something they called FedEx days. This allowed employees an entire workday to work on their own projects and come up with new ideas - a concept that has given this company the lead among other companies in the software industry.

Google has introduced a similar concept, where employees are given 20% of their time to work on any project they want. This has led to many innovative services, including Gmail and Google News!

Another way to support employees is with what Pink describes as “Goldilocks tasks.” These are tasks that are neither too easy nor too hard and result in a state of flow, again inspiring workers to deliver better results in the long term.

Some companies have even managed to use reward systems to encourage Type I behavior. A civil engineering firm in Raleigh, North Carolina, allows employees to give a $50 bonus to their colleagues at any time. This means that hard work is rewarded instantly, but these bonuses are not tied to any conditions. They even encourage team values.

Finally, to make work feel more purposeful, some companies have chosen to give their employees the opportunity to donate part of their earnings to charities.

Seven ways to awaken your Type I motivation

If you want to move from fostering extrinsic to intrinsic motivation in yourself, try these seven tips:

“Drive” is a bestselling, eye-opening publication on the true motivators in life. The Financial Times said, "Pink is rapidly acquiring international guru status ... He is an engaging writer, who challenges and provokes."

Forbes Magazine goes a step further in underlining the importance of this book for corporate environments, saying: "Pink's ideas deserve a wide hearing. Corporate boards, in fact, could do well by kicking out their pay consultants for an hour and reading Pink's conclusions instead."

Try some of the tips to awaken your intrinsic motivation and see what impact they have on your work and personal life.

More books on Management & Leadership, Psychology and Self Help & Motivation