You Can Be Happy No Matter What - critical summary review 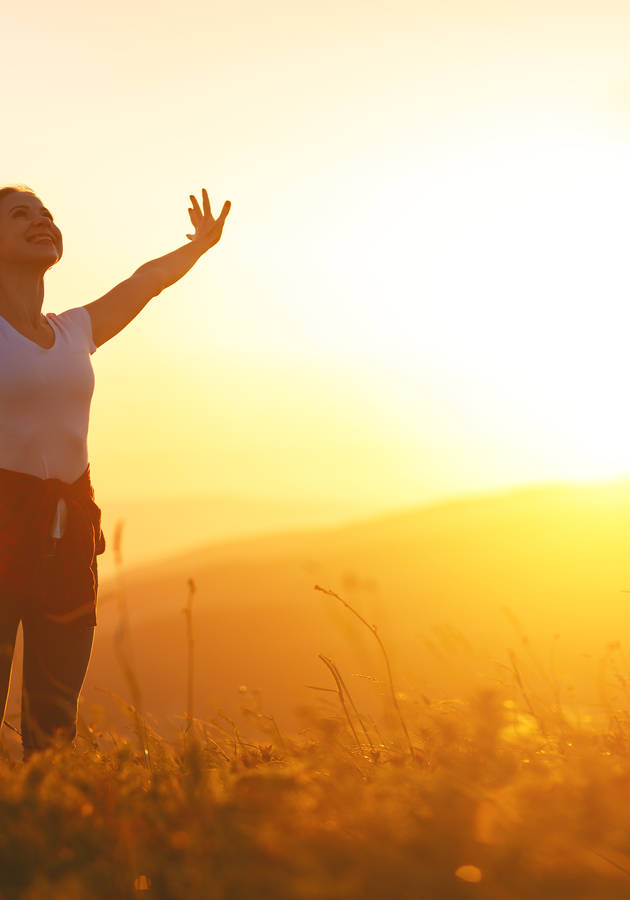 This microbook is a summary/original review based on the book: You Can Be Happy No Matter What: Five Principles for Keeping Life in Perspective

“There is nothing either good or bad, but thinking makes it so.” This verse by Shakespeare from “Hamlet” lies at the foundation of Richard Carlson’s philosophy of life and happiness. As he argues in “You Can Be Happy No Matter What,” you are just a few thoughts away from feeling good about yourself – and five principles away from turning these thoughts into habits.

So, get ready to discover why happiness is not something you should attain, but something you must retain – and prepare to learn how to do the latter.

Happiness is a natural state

If you are like most people, you probably believe that your life is just a series of misfortunate events interspersed with brief periods of happiness – and certainly not the other way around. Carlson thinks otherwise. “Our most natural state of mind,” he writes, “is one of contentment and joy. The barriers or obstructions that keep us from experiencing these positive feelings are learned negative processes that we have innocently come to accept as ‘necessary,’ or as ‘just the way life is.’” Allow us to elucidate further.

You are born to be happy. You are created to be content. You come to this world filled with inner peace, satisfaction, curiosity, affection, and feelings of gratitude for the ones you love and are loved by. If you don’t believe us, just think of any child playing any kind of game. It seems as if it feels its life in every limb, doesn’t it?

Unfortunately, while you were growing up, you inadvertently spent most of your time learning and acquiring behaviors and habits that irretrievably changed you for the worse. True, most of them have made you more secure – but simultaneously hindered your chances of being happy. In a way, they have made you sacrifice your cheerfulness for safety. They have hacked your brain into thinking that you’re both in a constant struggle and that you should not lose sight of this fact for a minute.

The good news is that if you want to be happy in life, your job consists of merely removing these obstructions. That way, you’ll be able to rediscover the positive feelings you are born with, and retrieve your natural state – which Carlson refers to as “healthy psychological functioning” or simply as “a nice feeling.” The result is a more meaningful and more beautiful experience of life.

The key to happiness: your mind

Your mind is an incredible organ. It has millions of functions that can be grouped into two large categories: it is “a storage vault for information and past experience,” and “a transmitter for wisdom and common sense.”

“The storage vault, or ‘computer,’ part of your brain,” explains Carlson further, “is used to analyze, compare, relate facts, and make computations. “The value of this component is clear: without it, we couldn’t survive. The other part of the brain, the ‘transmitter’ that we each have access to, is the part that deals with matters of the heart — where computer information is insufficient.”

In essence, the computer part of your brain is grounded in your memory; the transmitter part is insight-based. As useful as the former is for everything else, it is incapable of taking a leap of faith in the absence of a few variables. Meaning, while it may excel in solving previously observed problems, it doesn’t know what to do when faced with a familiar situation.

“New answers don’t come from what you already know in the computer part of your brain,” Carlson remarks. “They come from a change of heart, from seeing life differently, from the unknown, quieter part of yourself.” So, your best shot at happiness is to acquaint yourself better with the source of these calm, positive feelings: the transmitter part of your brain. Carlson’s “five principles for keeping life in perspective” can help you do precisely that.

In essence, none of them are new. The first four of them are based on a series of psychological principles originally formulated by Rick Suarez and Roger Mills in their 1987 book “Sanity, Insanity, and Common Sense.” Though an addition by Carlson, the fifth one is the main tenet of many old religions and philosophies, most notably Buddhism.

The principle of thought

Be it positive or negative, most of our feelings are a direct consequence of our modes of thinking. It may seem strange to grasp such a notion, but think of it this way: the same event may affect ten different people in almost as many different ways. It’s not because of some inherent traits of the event itself – but because each of these ten people internalizes the event uniquely. Things affect us differently because our minds are different and because we don’t filter and analyze the world in the same manner.

It’s comforting to know that “our ability to think creates our psychological experience of life,” because “thinking is a voluntary function.” For example, depressive people allow their negative thoughts to imprison them, unaware of the fact that they are the ones who produce them and can, consequently, outlaw them. But this is essentially true for everybody. Though our thoughts are our own – they are not what makes us; we can control and change them at will. And by doing this, we can change our reality as well. And that is not a metaphor.

The principle of moods

Introducing the second principle, Carlson writes the following: “Just as we are constantly thinking as human beings, our level of awareness that we are doing the thinking is constantly changing. This constant shifting in our awareness of ourselves as the thinker is what is known as changing ‘moods.’”

No mood can be maintained unaltered over time. Sometimes you’re in high spirits; other times, you just want to lie in your bed, binge-watch a TV show, and eat some ice cream. In either case, what’s changing is not your life or reality – but your mood. Now and then, the mood changes can happen almost instantly. Just when everything seems so perfect, your mood levels might drop and your life might suddenly seem unbearable. The opposite can happen as well: no matter how hopeless life might seem at some moments, a simple mood shift can bring back the butterflies and the rainbows.

The point? Well, if neither mood is eternal, then it’s only reasonable to make decisions and find solutions to problems only when you’re in a high mood. “In high moods, things don't feel so hard, problems seem less formidable and easier to solve,” explains Carlson. In a high mood, relationships flow easily and communication is easy and graceful.

On the same note, the author states that,  in low moods, life looks unbearably serious and hard. “You have little perspective; it seems as if people are out to get you. Life seems to be all about you. You take things personally and often misinterpret those around you. These characteristics of moods are universal. They are true for everyone. There isn’t a person alive who is happy, fun to be around, and easygoing in a low mood, or who can stay bummed out, defensive, angry, and stubborn in a high mood.”

The principle of separate realities

You know what they say: no two human beings are the same. This is merely a consequence of the fact that we all think differently. As we already said, when explaining the first principle, the very same event can be interpreted in numerous different ways by different people. Multiply that by a thousand, and you’ll begin to realize how different and varying worldviews can be between people.

And yet, most of us spend a lot of energy trying to change other people’s opinions and beliefs. Chances are the things you say and think truthful to others echo, within their frame of reference, in such an unpredictable manner that they eventually end up meaning things you never meant to say.

If you want to be happy, you should stop trying to change others. It’s much better to just accept the fact that everyone lives in a separate interpretation of reality and to open your heart and mind to other people’s visions of the world around you. That’s what makes growth and compromise possible, and that’s what humanity should be all about.

The principle of feelings

Your feelings are good indicators of your thoughts. Be mindful of them, and they will tell you when your thinking is dysfunctional. “When we are not aware we are thinking, our thoughts are generated through the thought system, instead of through healthy functioning,” explicates Carlson. “If it were not for our feelings, we would never know when we were caught up in our thought systems or when we were in a low mood. We would be convinced that we were seeing life realistically, even in our lowest states of mind.”

Carlson provides a good analogy to understand this: “when a warning light flashes in our car, the particular reason why it's flashing is not as crucial at first as the fact that it is flashing. The thing to do is pull off the road and turn off the motor.” In other words, anger, jealousy, resentment, greed, depression – these are all just signs that you’ve wandered away from your healthy psychological functioning. If you don’t stop the car and see what’s wrong with it, you may run out of gas or realize that your brakes are not working at the next bend. But then – it might be too late.

The principle of the present moment

Live in the moment. As clichéd as this might sound, it may be “one of the oldest and wisest pieces of advice for living a happier life.” The wisdom behind it is too simple to require an analysis: all you have is the present moment; everything else is just an illusion – even if it is the past.

There are already quite a few great books about happiness and how to achieve it on the market, and “You Can Be Happy No Matter What” offers very few original insights.

However, it is certainly a book you’d like to check out. Carlson was both a psychotherapist and a pretty popular motivational speaker, and most of his books deftly combine his professional knowledge with his ability to make this knowledge accessible to the average person. And this one is surely one of his best.

Pay attention to your present thoughts and feelings. The present moment is the only place where you might find happiness and inner peace. Happiness in the past or the future is no happiness at all.

Richard Carlson (1961-2006) was an American psychotherapist, motivational speaker, and bestselling author. He published his first book in 1985, but really made a name about a decade later, with the tenth one: “Don’t Swe... (Read more)