You Are a Badass at Making Money - critical summary review 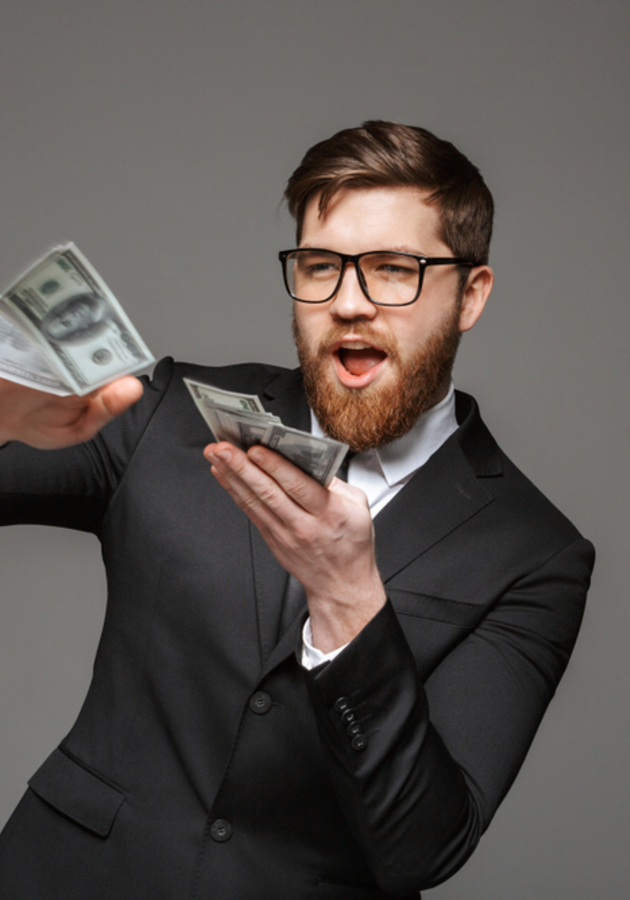 This microbook is a summary/original review based on the book: You Are a Badass at Making Money: Master the Mindset of Wealth

If you want to start making money, you need to build a healthy relationship with it first. That’s the basic premise of Jen Sincero’s fourth book, “You Are a Badass at Making Money,” the long-awaited companion to her 2013 bestseller “You Are a Badass.” Its objective is both simple and far-reaching: to help you master the mindset of wealth and infuse you with the courage necessary for taking “huge, uncomfy risks.” Get ready to learn how!

Money is a medium of exchange

Building a healthy relationship toward anything or anyone starts with understanding it. Money is no exception. Even though it is everywhere at all times, rarely do we stop to investigate what it actually is and how it came to be. Let’s do that right now and imagine how trade looked before the invention of money.

Most economists agree that it included immediate and direct swapping of goods and services – something referred to as a barter economy. If, for instance, a hunter needed arrow heads and a weapon maker wanted a beaver pelt, then the two could make a deal. But what if the weapon maker wanted something else? That’s the main problem of bartering – it only works if each of the two parties making the trade holds an item the other side wants. So, eventually, this inconvenience led to people stockpiling generally desirable items. Then, these items were assigned particular values in relation to other items and, eventually, they evolved to become money.

So, in essence, money is nothing more but a medium of exchange, or, even simpler, “a unit of measurement used in the act of giving and receiving.” Just as other media (such as, say, language) or units of measurements (such as meters or grams), money is neither good nor bad in itself; instead, it’s an instrument that can be used by people for doing good or bad things. “Money is only a tool,” Ayn Rand said once. “It will take you wherever you wish, but it will not replace you as the driver.” Staying with the analogy, the pervading belief that money is sinful is not that different from the hypothetical idea that cars are intrinsically evil and cause accidents by themselves. Yet, somehow, only the latter seems absurd!

Money and the Universal Intelligence

Contrary to popular belief, money is not the root of all evil, but rather “a blank slate that gets its value from the energy and meaning we give it.” There’s a difference between making $50 raking leaves for your old neighbor or by stealing it from an unsuspecting man on the subway. In the second case, there is no exchange: you get something while giving nothing in return. Consequently, there’s a different energy attached to the trade.

“Giving and receiving money is an energetic exchange between people,” writes Sincero, “and your job is to consciously get your frequency in alignment with the money you desire to manifest and open yourself up to receiving it.” Because even though money always comes to you through other people, as does every other single thing, it ultimately comes to you from Universal Intelligence, the power that has created and continues to create all that exists. It doesn’t matter whether you call this power God or Spirit or Luck or Coincidence – or even if you believe in it; Universal Intelligence exists, nevertheless, and the power of our thoughts is real and affecting our lives in every single moment.

Think of it this way. Whatever your five senses may be witnessing or experiencing, the information they gather is always processed inside your brain. And there, depending on your belief system, it is filtered and interpreted in this way or another. That’s why, to some people, the observation, “Hey, your childhood friend has built a million-dollar online store” means, “Oh, I’m an utter and complete failure,” and to others “Well, why shouldn’t I be able to do the samel?” Now, ask yourself: which of these two people is more likely to succeed?

Dictating the truth through your thoughts

Gravity and electricity impact our lives on a daily basis, and yet we can’t actually see them. Most of us don’t even understand how they work! Yet, we believe in each, and we don’t go around jumping from balconies or picking at light sockets with forks to see if these forces are real. Sincero advises one should adapt a similar attitude in relation to their thoughts and Universal Intelligence. The two, she says, “are basically the same force – just as the water droplet that lands in the ocean is part of the whole sea, so your thoughts exist as part of Universal Intelligence.”

So, in other words, even your smallest thought can cause a ripple effect in the endless rhythm of the universe. Whenever you are thinking about something, good or bad, your thoughts “alert the Universal Intelligence to start arranging the energy in such a way as to make your desires manifest in physical form.” Like attracts like in the world of thoughts. Just like a radio transmitter, your mind receives only those things that correspond to its mental attunement. This is why negative people see only negative things in the world and why positive people always see the glass half full.

If you find this logic too abstract, you are free to think about it in somewhat more practical terms. Namely, in addition to alerting the Universal Intelligence, your thoughts also trigger your emotions, which lead to actions which, in turn, are the only things that can get you results and change your immediate reality. It’s a self-fulfilling prophecy: think that you are a failure, and you’ll become one; have confidence in your future success, and you’ll make yourself work toward it. It’s like the Gospel says: believe and you shall receive.

Best practices for busting yourself

But what if you don’t believe? What if you think that money makes monsters out of good people? Is there a way out of such limiting beliefs? Of course there is – you just need to retrain your subconscious mind. Here are a few tips on how to do that:

Getting rich in seven steps

Now that you’ve gotten rid of the beliefs that are holding you back, it’s time to take a few action steps that should help you “put a new bulge in your wallet.”

“You Are a Badass at Making Money” is less a strategy book on how to become rich than it is a self-help manual on how to change your attitude toward money. More often than not, that’s all you might need to kickstart your personal wealth-creation journey. We wish you luck!

Jen Sincero is a motivational trainer and a New York Times bestselling author. The “sass and down-to-earth humor” of her third book, “You Are a Badass,” quickly made her a superstar... (Read more)

More books on Self Help & Motivation and Investments & Finance