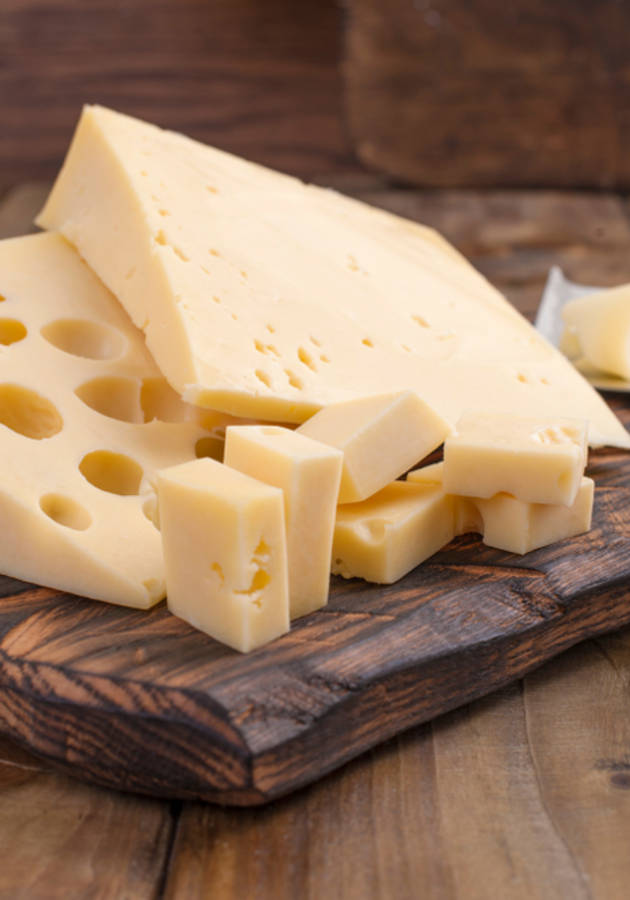 This microbook is a summary/original review based on the book: Who Moved My Cheese? An Amazing Way to Deal with Change in Your Work and in Your Life

One of the most challenging things a person has to deal with in life is change. And, yet, changes are always happening. So, how do you get out of your comfort zone and face them?

“Who Moved My Cheese?” by Spencer Johnson is a short motivational business fable that attempts to answer this question in a more profound, timeless manner.

If you were around in 1998 when the book was originally published, you probably remember pretty well the worldwide phenomenon it turned into. Suddenly, every company had at least fifty copies of the book, and the ones that didn’t, eagerly waited for the next edition to acquire them.

The result: “Who Moved My Cheese?” remained a The New York Times bestseller for five years, sold almost 30 million copies, and has been translated into more than 40 languages!

In other words, if you haven’t read the book by now, you’ve missed out on reading “one of the most successful business books ever.” Here’s your chance to change that!

A Gathering: Chicago (the prologue)

Strictly speaking – and little known – ”Who Moved My Cheese?” is not merely a business fable, but a story within a story, which means that the main narrative everybody knows is actually part of another one, acting as a frame story.

In this case the frame story is divided into a prologue (“A Gathering: Chicago”) and an epilogue (“A Discussion: Later That Same Day”).

The prologue sets the scene: one sunny Sunday in Chicago, a day after their high school reunion, several former classmates gather for lunch and, after a good meal and a good deal of kidding, started an interesting discussion. “Have you noticed how we don't want to change when things change?” asks Nathan. “I guess we resist changing because we're afraid of change," replies Carlos, the captain of the high school football team. And then Michael says that he was afraid of change as well until he heard “a funny little story that changed everything.”

Of course, everybody is interested in this story, and Michael reveals its title: “Who Moved My Cheese?” And that’s when the second story, the main narrative (the story within the story) begins. And it’s a didactic one, a parable. It features four allegorical versions of the self… No, you know what? We’ll get to that later.

For now, let’s just tell you the story. It’s short, memorable, and useful.

Who Moved My Cheese? (the story)

Two mice named Sniff and Scurry live in a maze where two little people, Hem and Haw, live as well. In the beginning, both groups had no cheese; but both groups shared the desire and dedication to finding some as well.

So, they run around the maze and, finally, they all arrive at Cheese Station C, which is nothing short of a cheese paradise! There’s a vast cache of cheese there, or, in other words, just about enough to feed both groups for a long time.

The mice, acting instinctively, don’t really think about the future! They run straight from their homes to Cheese Station C every day, acting as if there would be no cheese left one day. Humans are more laid back and establish some routines. Since they know there will be quite enough cheese for some time, they make the mistake of falling back in their comfort zone and even becoming a bit arrogant in the process.

But, one day, there’s no more cheese left. The mice are prepared for such a scenario and almost immediately start looking for another cache. Hem and Haw, not so much. Once again, they start acting irresistibly and worriedly human.

They start blaming anyone but them for their misfortune, with Hem even going in a state of serious denial. It’s he who, at this point, exclaims: “Who moved my cheese?” as if it was only his, to begin with.

Feeling the world has mistreated him, Hem doesn’t want to go to search for new cheese. And no matter what he does, Haw is unable to motivate him. Meanwhile, Sniff and Scurry reach the Cheese Station N and happen upon another rich cache of their favorite dish.

Haw seems like the only one able to follow them. One day, he starts taking the situation a little bit less seriously. “It’s not a cataclysm,” he thinks, “it’s merely a new beginning.”

So, he decides to move on. To inspire his friend a bit as well, he scribbles on the wall of Cheese Station C, a thought-provoking slogan: “if you do not change, you can become extinct.” And then Haw embarks on his next journey.

Behind him, however, he leaves a trail of messages very similar to the one above on the walls, which Johnson playfully calls “The Handwriting on the Wall.” The messages have a two-fold function: a thought-clearing mechanism for Haw, and a possible motivator for Hem.

One day, Haw reaches Cheese Section N and finds an even more abundant reservoir of cheese than the one in Section C. Moreover, some of the types here are tastier and more exotic. Haw wishes to share the cheese with his friend but  decides to let him find his way.

Wary of his past experiences, Haw repeatedly explores other trails in the maze, fearing that one day the cheese at Section N will disappear as well. One day, while exploring, Haw hears some movement in the maze. And as the noise grows louder, he realizes that someone is coming. Could it be his dear friend Hem? Maybe, finally, he found his way too…

A Discussion: Later That Same Day (the epilogue)

Even before he starts telling the story, Michael says that the first time he heard it, he was pretty annoyed with its obvious simplicity as “it sounded like something we might have been told in school.”

However, in time, he realized that he was actually annoyed with himself “for not seeing the obvious and doing what works when things change.” As soon as Michael finished the story, it became evident that everybody liked his story, so, the group arranges a meeting later to discuss it.

By that time, everybody is talking about finding their own “cheese,” seeing themselves in the maze, and kidding about who of the four characters they are in real life.

Instead of summing up that conversation (which we think is unnecessary), we decided to have a different type of discussion with you in the sections below. See if you’ll like the change!

Why do we write parables?

In a nutshell, a parable is a simple story with a moral. It intends to impart essential knowledge through an allegory. A good way to understand why “Who Moved My Cheese?” is an allegory is to think about how would you read it if one of its four main characters had your name and description.

Surely, you’d be in a state of denial like Ham, claiming that you wouldn’t act like that. Don’t worry: that’s a normal reaction. That’s why we have parables and fables. When the stories are about mice and little men, everyone can find some part of themselves inside the stories.

And, that’s how any “funny little story” can become a bestseller.

Some editions of “Who Moved My Cheese?” feature a short introduction describing each of the four characters.

It says that they are intended to represent “the simple and the complex parts of ourselves,” and, that all of us can be any of the characters in the story or a combination of two or more:

• Sniff is the one who sniffs a challenge before one actually arises. He’s proactive and down to business, always a step ahead.

• Scurry is the one who scurries into action the second he hears the call. He isn’t passive as well, and he knows that change will inevitably come. So, he prepares in advance.

• Haw is the one who learns to adapt the minute he understands that change may lead to something better. He’s one step behind, but he moves forward, nevertheless.

• Finally, Hem is the one who denies the necessity of change. He resists transformations of any kind, believing that the status quo is the optimal status of a system. He’s the one who is bound to be left behind.

Pay attention to the handwriting on the wall

The writings Haw leaves on the walls for Hem are, of course, messages intended for the readers of the fable who are unwilling to change. Pay attention to them! They teach you how changes are inevitable and how you must adapt to them, leaving all fears behind you. They work better in the story, but now that we’ve summed it up for you, you can understand their meaning. Here they are:

• What would you do if you weren’t afraid?
• Smell the cheese often so you know when it is getting old.
• Movement in a new direction helps you find new cheese.
• When you stop being afraid, you feel good.
• Imagining yourself enjoying your new cheese leads you to it.
• The quicker you let go of old cheese, the sooner you find new cheese.
• It is safer to search in the maze than remain in a cheeseless situation.
• Old beliefs do not lead you to new cheese.
• When you see that you can find and enjoy new cheese, you change course.
• Noticing small changes early helps you adapt to the bigger changes that are yet to come.

All of these statements boil down to a set of seven actionable pieces of advice Haw writes down on the largest wall of Cheese Station N, as a summary of his almost axiomatic insights:

“Who Moved My Cheese?” isn’t much longer than our summary. When you think about it, it also seems that it doesn’t really have that much more to say. The prologue and the epilogue are superfluous, and the main story could be shorter.

We know that “Who Moved My Cheese?” is a classic, but we feel that it hasn’t aged that well. There are some holes in the parable, which isn’t something too much to start with. Because after all is said and done, its moral is quite simple.

David Bowie has even sung it, memorably, in a single verse: “Ch-ch-ch-ch-changes, turn and face the strange…”

Everything and everybody changes. Accept that as a fact of life, and not as a tragedy. If you can’t be a Sniff or a Scurry, be at least a Hem. Don’t be a Haw: he will be  left behind.

Spencer Johnson was an American physician, and writer. He is best known as the author of the business fable “Who Moved My Cheese?” which has sold almost 30 million copies worldwide and has been translated into no les... (Read more)