What to Say When You Talk to Yourself - critical summary review 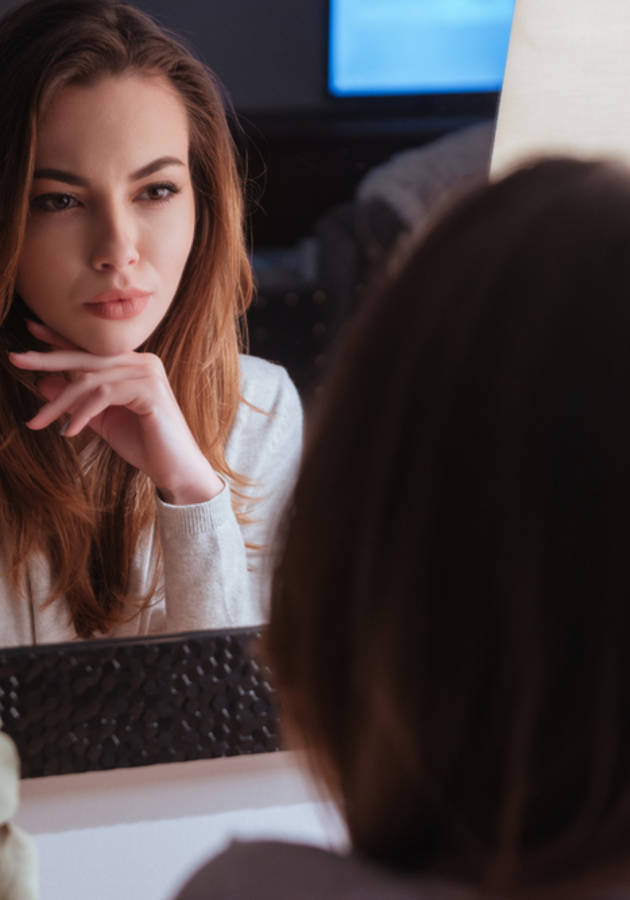 This microbook is a summary/original review based on the book: What to Say When You Talk to Yourself - Powerful New Techniques to Program Your Potential for Sucess

Let’s kick things off with a simple question: Do you talk to yourself?

Either consciously or unconsciously we all indulge in self-chat and puzzle over a wide variety of things in our moments of wasted time.

Perhaps, you need that locker-room talk to start the day on the right foot.

In one way or the other, we can all agree that sometimes a daily dose of motivation is all it takes to come out victorious in those daily battles. But if that’s the case, then why so few people manage to break the ice?

In this microbook, you’ll come across different techniques that will help you utilize the mind chatter in a way that you never thought possible.

On top of that, the author bends over backward to ascertain the real prowess of this phenomenon and how we can capitalize on it.

First and foremost, you should set up a plan

Frequently, we have been told that we can achieve anything we crave for as long as we put up the necessary effort, ambition, and energy. People sharing these tips and explaining to us how we can leverage this momentum, rarely have the credibility needed to make such bold statements.

They love the glamour and limelight as much as the next person and they’re doubling down on how significant your mindset is when talking about success. Nobody is trying to refute that, but then again, simply saying it, doesn’t help the average Joe to consummate business prowess or any kind of skills for that matter.

The struggle embedded in everyday life that takes most of our energy and has engrossed us completely needs to be addressed with a plan.

The answer to this struggle is almost always right underneath your nose, but we tend to overshoot the destination. After being engaged in constant learning, you’ll find out the unvarnished truth regarding the process of exceeding your expectations.

Shad Helmstetter talks about his path to becoming a real goal-setter and achiever.

Are you ready for the bitter truth?

Top-notch behavioral analyzers and researchers have uncovered that the lion’s share (70%) of the inner chat is comprised of negative sensations. To spice things up, it’s also brought to light by doctors alike that most of the illnesses are self-induced.

If you abide by the obsolete set of rules that describe the mind as an engine that is in line with environmental factors and cultural tenets, you’ll remain lost.

No one tries to deny the fact that the mind is affected by those elements, but that’s not what this is about. The goal is to examine the habits that crop up from those aspects and put them into perspective in order to understand what is slowing down the ascend.

The author ponders about the probability of maintaining high-intensity which could lead to full reformation, inwardly. So why then we fail to establish good habits, even though we’ve read dozens of self-help books and exerted ourselves in following those ground rules?

A general rule of thumb is that self-improvement is an endless process, not an overnight sensation.

It stands to reason why most people just go back to their previous lifestyle and abandon the idea of alteration.

To make up for this loss, Shad pinpoints three key elements are omitted from the self-development literature:

The Mastery of Self Management

Can we find a single soul on this planet who doesn’t indulge in self-talk? Well, that’s on the same wavelength as saying – let’s find a person who doesn’t need oxygen. The emotional expression can either be put into words, pictures, thoughts and we all one way or the other rely upon the mind to make decisions.

So, the answer to that question is – No!

With that being said – a thought doesn’t have any real power until you pour belief into it. In other words, ideas and concepts mean nothing without the person to inflict judgment and ruminate on something.

Years and years of researching and exploring have led the author into noticing that most of the self-talk falls into the unconscious realm. It means that people do it out of habit, and are not keenly aware of the sensations that emerge.

If you go back a little bit and reminisce about the dreams that you once had and the craftiness you possessed but didn’t follow that intuition – you’ll find out that most of the self-talk is negative.

You could have turned them into a real-life experience, but something insurmountable cropped up!

THE FIVE STEPS THAT CONTROL OUR SUCCESS OR FAILURE

How can we define Self-Talk?

Self-Talk is a way to override our past negative programming by erasing or replacing it with conscious, positive new directions.

The Five Levels of Self-Talk

In the last chapter, the author focuses on the pros and cons of positive-thinking rhetoric. As a rarely criticized concept, the author is curious regarding its practical nature.

Is it just a good theory, or is it applicable in day-to-day encounters?

Shad cast doubt on the idea of developing a mindset which can subdue the urge to produce negative thoughts – forever. For precisely the same reason, leaning on the notion of developing into a positive-thinker is short-lived.

The human mind wants ACTIONS, WORDS, COMMANDS, not some commercialized belief-system that a large chunk of the population nurtures.

Shad starts by attempting to unpuzzle the myth of motivation. He makes it crystal clear that there are different kinds of motivations and motivators most of whom have an audience of anxious listeners whose life has turned upside down, and he/she is ready to wave its wand and make all the sorrow disappear.

It’s all done energetically so that once a person leaves that collective magnetism would feel psyched up to beat the odds! Even companies endorse the same attitude when trying to motivate their colleagues and conclude businesses.

If you don’t want to be led astray and want to avoid veering off course, then you have to understand that you need an internal shift.

Corporate executives and managers should heed these warning indicators. If at some point, you felt like your motivational speech didn’t have the effect you were hoping for, you should understand that external motivation is not linked to permanency.

Many people confuse this part with hypnosis. Although they pretty much share the same features, hypnosis helps you enter a “trance” state, while Self-Talk guides you through the process of achieving your goals, consciously.

When it comes to practical use, you should know that an overly complex system that requires much time, energy will never be put into use!

Advocate for simplicity, and you’ll immediately see the positive change. Also, it is critical to understand the possibilities regarding self-talk:

Self-Talk can be further subdivided into four categories:

State your goal in the present tense and remain persistent! The subconscious mind is not sure whether your statement is true or false, therefore, you should always insist on telling it to act upon that energy.

Make genuine assertions and promises to yourself.

List down everything important to you, explain your interest in those things, and keep plugging away. Stick to the notion that everything can be done with the right attitude, which is why you have to be attentive to bear the burden of decision making.

Try to get as specific as possible, and that will help you change your attitude. Your attitude will determine the outcome; it’s that simple. You should also bear in mind that attitude has a critical role in the portrayal of yourself!

As we progress throughout this book, you also start to get the big picture and act upon given instructions. This is the essence of problem solving and accomplishment.

Also, don’t misuse the term “goal” and try to be as consistent as possible. Once your projections are in tune with reality, it will be easier to conquer the world.

Self-talk and its side-effects

The last three chapters revolve around the idea of spearheading a campaign that will enable you to create your own self-talk.

Emphasize honesty and try not to embellish your daily encounters. Keep it real and loud by knowing your current standings.

Example: Today has been a tough day.

We also advise you to run through the Self-Talk checklist to see whether you are moving in the right direction:

The author highlights the following statement:

The truth behind “I can do it” mentality

Ask yourself, can a 75 year-old-man from Texas beat Usain Bolt in the 100-meter race? Don’t care who your motivational speaker is, the truth is that not everything is possible.

Genetics, culture, environment, financial and physical capabilities – all of these can affect the outcome.

Make smart moves, and you can end up exceeding your expectations.

But believing that a 45-year-old dude who has never been a basketball player, can defeat Lebron James in a one-on-one game is crazy.

Shad merely implies that an internal shift is ten times more powerful than millions of external motivational boosts. They wield no real power, and you should not lean on them for overcoming the setbacks that linger on.

The formula is: read, ponder, and puzzle over concepts engrained deep inside you.

Don’t allow your shallowness to stand in the way of full victory in terms of achieving your goals.

That is the essence of prosperity.

Well, it is good to sometimes question the concepts which are overly commercialized – such as a positive mindset.

It’s of enormous importance to have someone who doesn’t fear in letting the cat out of the bag!

Shad Helmstetter gives us the lowdown on how self-talk affects our decision-making, and how we can make use of it!

If this microbook aroused a feeling of curiosity we wholeheartedly recommend that you flip through the pages of the entire book.

Shad Helmstetter has written more than twenty books in the field of personal growth. The breakthrough title, a classic on the subject of self-talk, was “What to Say When You Talk to Yourself.” Other books include: “The Power of Neuroplasticity,” “Th... (Read more)