Weight Lifting Is a Waste of Time - critical summary review 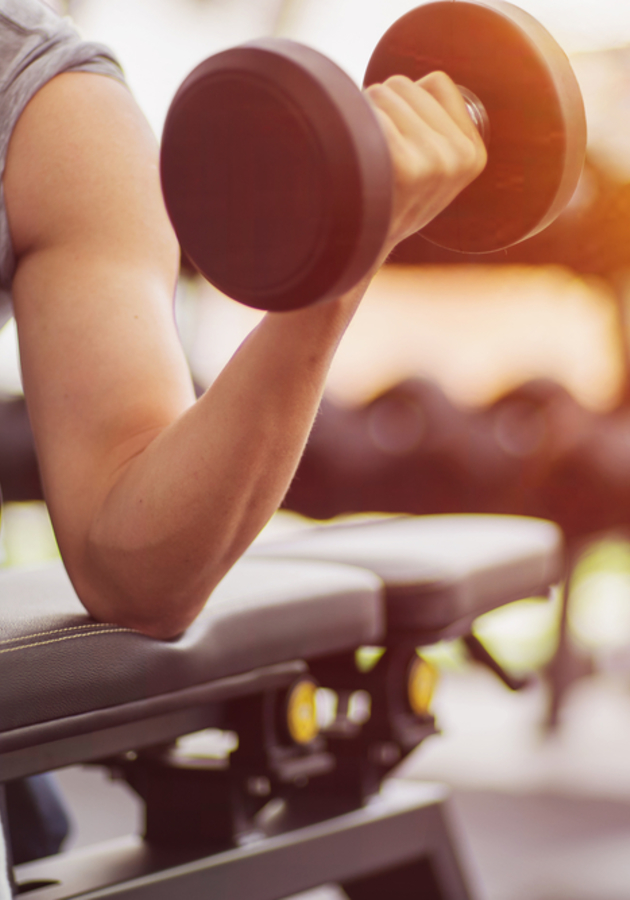 This microbook is a summary/original review based on the book: Weight Lifting Is a Waste of Time: So Is Cardio, and There’s a Better Way to Have the Body You Want

Would you ever invest in a fund that had lost 99% of its clients’ money? Of course you wouldn’t. Yet millions of people around the world invest a lot of time with the fitness industry, even though its success rate is a measly 1%! That’s right – only 1% of the hundreds of millions of people who use fitness devices and tag themselves at gyms on social media actually succeed in achieving satisfactory levels of fitness.

In “Weight Lifting Is a Waste of Time,” biomedical engineers John Jaquish, PhD, and Henry Alkire offer a better and faster alternative to building muscles and losing fat. So, get ready to find out why “most exercise routines mistakenly rely on principles scientifically disproven as many as forty years ago” and how to get that perfect body with only a few pieces of equipment and a 10-minute daily regimen!

While he was working on his master’s degree in biomedical engineering, John Jaquish learned that his mother had been diagnosed with osteoporosis. In case you don’t know, osteoporosis is a disease marked by a loss of bone density, which causes bones to become brittle and more likely to break. It is a pretty serious disease. Just for comparison, a fifty-year-old woman with osteoporosis has a 2.8% risk of death related to hip fracture during her remaining lifetime – the same odds as dying from breast cancer. John’s mother was 70 years old at the time of the diagnosis.

Even though understandably worried, she didn’t want to take osteoporosis drugs, due to their many unpleasant side effects. So, John became determined to find a better solution than the ones currently available in a pharmacy. He started looking for it in gymnasts, that is to say, in people with superhuman levels of bone density. After learning that practicing gymnastics from an early age leads to significant bone accrual, he surmised that bones must develop by adapting to high impact force exposure, pretty much the same way muscles do. In other words, the more you use your bones properly, the better their health will be. A somewhat forgotten 1892 German paper describing the “Laws of Mechanotransduction” seemed to confirm John’s hypothesis, so he moved forward on his project.

Not long after, with the help of Henry Alkire, an 18-year-old aeronautical engineering student at California Polytechnic State University, John created a set of medical devices that simulated the high impacts of gymnastics while eliminating the associated risks. Collectively known as OsteoStrong’s Spectrum System, they helped John’s mother overcome osteoporosis. Not only that, the osteogenic loading devices have since helped more than half a million individuals and can be currently found in over 300 clinics around the world. Moreover, OsteoStrong’s efficacy was recently confirmed through research done by scientists at NASA’s Johnson Space Center at the University of Texas Medical School.

Weight lifting has everything backwards

While analyzing some results of OsteoStrong trials and comparing them with available stats from the NA database, Jaquish discovered something fascinating. Namely, that there’s “a sevenfold difference between the average muscle load created in a typical fitness environment – on weight machines and when weightlifting – and what we are actually capable of doing.” In other words, you are seven times stronger than you think you are! If you are wondering how that is possible, allow us to quickly analyze a single push-up.

Anyone who has ever attempted a push-up intuitively knows that there is “a vast difference in strength” between the following three positions: 1) when your arms are bent and your nose is to the ground, and 2) right before your arms come to full extension; and 3) when your arms are fully extended. The strongest range of motion is in the second of these three positions, which is also the position of maximum force capacity for output (hence, it is how you brace for a fall). Intuitively you’ve known this ever since your first gym class in high school when you tried to maximize reps by using only the strange, top range of motion – where the movement is easiest – and not going all the way down.

This same holds true for weight lifting. In each of the three analogous positions, you’re capable of handling a different amount of weight. However, when your arms are nearly fully extended but the joints are not locked is where it gets easiest and feels lightest because your muscle has the most capacity to produce force. The difference between the force your muscles produce in this strong range of motion and the one they produce in the weakest range (when your arms are fully contracted at the beginning of the lift) is staggering. And yet, weight lifting limits you to what your weak range can handle, because you can’t start lifting at the top of the rep. “Weight lifting,” in the words of Jaquish and Alkire, “has everything backwards.”

Weight lifting is not a good exercise because, by definition, it doesn’t provide “the amount of force necessary to trigger muscle growth throughout the entire range of motion.” As we said, your strong range has about seven times greater force capacity than your weak range, but you can only choose weights based on the latter. In case you want to try weights more suitable for your medium and strong ranges, then you’re risking injuries because you’ll overload your joints. Put in the simplest terms possible, weight lifting isn’t designed to provide full engagement of the target muscles, because weights don’t change the force they put on you as you move. Let’s delve into this a bit.

Muscular strength, by definition, is the maximum force that can be developed by a muscle against resistance. Weight lifting is an exercise of constant resistance, meaning it directs fixed resistance against your target muscles, regardless of their movement or position. However, in the weak range, your target muscles can handle a lot less resistance than they can in the strong one. So, despite the fact that the resistance weights provide is constant, the muscular power you generate to deal with it is not.

But, then again, in real life, humans don’t ever voluntarily attempt to deliver the same force through an entire range of motion. “If someone had a piano to move,” write Jaquish and Alkire, “they wouldn’t bend their back as much as possible and pick it up from the lowest point available because that would maximize the opportunity for injury and reduce their lifting capacity. But that’s exactly how people exercise, and the logic just doesn’t add up.”

That brings us to the logic of variable resistance. This type of exercise compels the muscle to work harder by applying differing degrees of force at different stages of a single rep. With variable resistance exercise, it’s pretty much like you’re lifting weights that get heavier as you get to the top of the bench press. The resistance, in other words, goes hand in hand with your strength: the more force you can produce, the more you’re asked to employ it.

In the form of rubber bands or chains, variable resistance exercises have been around for quite some time. Comparing them to standard weight lifting protocols, studies have shown that they are both cheaper and more effective at developing musculature. The most famous example comes from a 2008 Cornell study which demonstrated that a person using variable resistance can experience significantly more strength gains over a period of seven weeks than a weight lifting-only individual. So, why isn’t everyone using it?

The reasons are many, but let’s not go beyond the fact that the health and fitness business is a trillion-dollar industry. No owner of a gym would ever want you to hear that the fitness industry has a 99% failure rate or that there’s a cheaper, better, and more efficient way to get the body and the strength that you want. Hence, magazines and websites out there are chock-full of fitness facts that are actually false. Here are just three of them, as elucidated by Jaquish and Alkier:

The X3 set – and a few words on optimizing nutrition

OK, then, neither weight lifting nor cardio nor complicated fitness fads work. Variable resistance, on the other hand, does. But what does that mean in practice? Are there more effective variable-resistance exercises that deliver better results? If so, which are they?

Starting with questions such as these, Jaquish and Alkire – both of them biomedical engineers – spent a lot of time comparing different exercises and working on “a variable-resistance device that could deliver force closest to the curve of human force production,” while concurrently stimulating “optimal hormonal release, fat loss, and muscle growth.” In other words, they were trying to build a device that could do for muscles what OsteoStrong did for the bones of John’s mother.

Eventually the two came up with the X3 set, which consists of a ground plate to stand on, an Olympic-style barbell, and four layered latex bands that provide “varying levels of resistance with peak forces far beyond what could be achieved with standard weight training.” For example, when you do a chest press using the “the elite band,” you use the equivalent of 100 pounds to the bottom, 300 pounds to the middle of the repetition and a staggering 540 pounds at peak force, in the strongest movement range.

Of course, you don’t need to use the X3 set to achieve similar results. You just need to quit your weight lifting and cardio routine and use variable resistance strength training instead. To maximize the impact, try to base your nutrition on science. For starters, eliminate dietary sugar and simple carbohydrates from your diet and begin consuming about 2.5 grams of protein per kilogram of your body weight. When you’re ready, start practicing intermittent fasting (the 16:8 split) by skipping a meal or two. Finally, move to one meal a day, or the 23:1 split. The concept is simple: just have dinner or a late lunch every day.

Much of “Weight Lifting Is a Waste of Time” goes against the advice of the experts out there, but Jaquish and Alkire are experts themselves. Case in point, they’ve backed most of their claims with a bibliography of more than 250 references.

Theory, of course, doesn’t pay the bills. It’s your turn.

Weight lifting isn’t designed to achieve maximum muscular involvement; variable resistance exercise is. So, throw those weights away and buy some rubber bands.

John Jaquish is an inventor and entrepreneur, often described as “the Tony Stark of the fitness industry.” He is the brains behind the most effective bone density-building medical device, which has helped many patients suffering from os... (Read more)

Henry Alkire is a biomedical engineer. Since 2012, he has been working with John Jaquish on manufacturing and drafting p... (Read more)