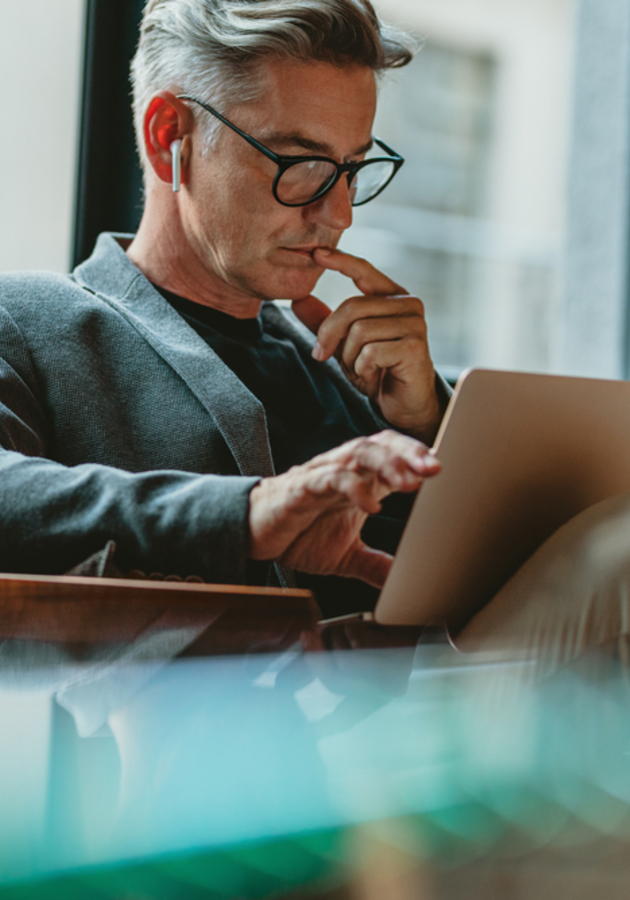 This microbook is a summary/original review based on the book: Think Again: The Power of Knowing What You Don't Know

Progress is impossible without change. You don’t need George Bernard Shaw, one of the wittiest playwrights in the history of literature, to tell you something that simple. After all, it’s not only a fact of life but also a fact everybody agrees with. However, you do need him if you want to unearth one much more memorable, counterintuitive conclusion from that ordinary phrase. “If progress is impossible without change,” supposedly quipped the Scottish playwright on one occasion, “then those who cannot change their minds cannot change anything.”

Fortunately, that’s precisely what “Think Again” by organizational psychology professor Adam Grant is all about: the critical art of rethinking. Essentially, the book is – to borrow one elaborate sentence from the author, “an invitation to let go of knowledge and opinions that are no longer serving you well, and to anchor your sense of self in flexibility rather than consistency.” Get ready to achieve that in no time, and prepare to discover why rather than a weakness, changing course is actually one of the hallmarks of wisdom!

The story of Mike Lazaridis

From an early age, it was clear that Mike Lazaridis, son of Pontic Greek immigrants to Canada, was “something of an electronics wizard.” Already at four, he was able to build his own record player out of Legos. At the age of 12, he won a prize at the Windsor Public Library for reading every science book in the library. In high school, he was regularly fixing his teachers’ broken TVs. More importantly, he also designed a buzzer for high school quiz-bowl teams, which was so good that it later paid his college tuition. However, he never got his well-deserved electrical engineering degree: just two months before his scheduled graduation, Lazaridis dropped out of college to develop a network computer control display system for General Motors (GM). That happened in 1984.

That same year, Lazaridis used the money from the GM contract, a loan from his parents and a small government grant to launch a startup called Research in Motion (or RIM for short). Just four years later, the company became the first wireless data technology developer in North America and the first non-Scandinavian company to develop connectivity products for the Mobitex wireless packet-switched data network. Moreover, the company managed to develop a device for reading the bar codes on movie films that eventually won an Emmy and an Oscar for technical achievement. And yet, as Grant writes, all of that was “small potatoes” compared to Lazaridis’ next big invention, which made RIM the fastest-growing company on the planet. In fact, precisely because of that invention, you probably know Lazaridis’ company under its current name, BlackBerry Limited.

An iconic product, the BlackBerry was lauded by everyone from Bill Gates to Christina Aguilera, from Oprah Winfrey to Barack Obama. Unsurprisingly, in the summer of 2009, it accounted for nearly half of the U.S. smartphone market. By 2014, however, its market share had plummeted to less than 1%. What happened in between? The short answer is, Steve Jobs and Apple’s iPhone happened. The longer answer, however, is the one Grant is more interested in.

“As the iPhone skyrocketed onto the scene,” he writes, “Mike maintained his belief in the features that had made the BlackBerry a sensation in the past.” He was so confident that people would never want an entire computer in their pocket, that he told his engineers to focus only on producing better wireless devices for work-related calls and emails. “It’s an iconic product,” he said of the BlackBerry in 2011. “Why change it?” Just a year later, the iPhone would capture a quarter of the global smartphone market. Lazaridis, however, would remain unruffled. “If the BlackBerry’s rise was due in large part to Lazaridis’ success in scientific thinking as an engineer,” Grant concludes, “its demise was in many ways the result of his failure in rethinking as a CEO.”

A preacher, a prosecutor, a politician, and a scientist walk into your mind

As English rock band Led Zeppelin sang back in 1971, “there are two paths you can go by, but in the long run, there's still time to change the road you're on.” The problem with Lazaridis was that he never did. Consequently, as Grant writes, he fell victim to “the fat-cat syndrome,” choosing to rest on his laurels rather than pressure-test his beliefs. Put in even simpler terms, he allowed himself to be trapped in the so-called overconfidence cycle.

The overconfidence cycle begins, inescapably, with pride, and Lazaridis was always more than prideful about his iconic invention, the BlackBerry. It was pride that made a preacher out of the inventor Lazaridis once was. Rather than tinkering with his invention to adapt it to the changing market, he chose to lecture customers on the advantages of a physical keyboard over a touchscreen. Since too much pride breeds too much conviction, the preacher Lazaridis developed into a prosecutor next, and he began accusing Jobs and Apple of taking a step backward. He wanted to change everybody’s mind – but his very own.

That launched Lazaridis into confirmation bias and desirability bias, meaning he stopped seeing reality for what it was and began seeing it for what he expected or wanted it to be. Before too late, he fell victim to the validation the BlackBerry was receiving from its ever-fewer fans and became a politician, ignoring or dismissing everything that didn’t fit his worldview. In doing so, he relegated the truth to the backstage seat. He was so busy putting on a show for his few remaining devotees that he never noticed the armies of past BlackBerry fans waiting in line for the new iPhone.

Everything could have been very different had Lazaridis remained a scientist, even as a CEO. It is only in “scientist mode” that we can change our minds and refuse to let our ideas become ideologies. In preacher mode, Grant explains, changing our minds is a mark of moral weakness; in prosecutor mode, it is an admission of defeat; finally, in politician’s mode, it is a cowardly act of a flip-flopper. However, in scientist mode, changing your mind is a sign of intellectual integrity and a step toward the truth. Scientists treat each of their views as a hypothesis, that is to say, as something that must be tested against data. This allows them to remain actively open-minded. It also allows them to constantly learn and adapt.

Between the armchair quarterback and the impostor

Just as the overconfidence cycle begins with pride, the rethinking cycle begins with intellectual humility. Humility opens the door to doubt and doubt leads to curiosity. Curiosity is an antidote to firm convictions and biases and naturally leads to new discoveries. These, in turn, usually maintain humility by reinforcing how much we still have to learn. “If knowledge is power,” quips Grant, “knowing what we don’t know is wisdom.”

Very few people are wise in this manner. In fact, as two psychologists named David Dunning and Justin Kruger found out a few years ago, most of us don’t even know how much we don’t know – and this is precisely because we lack the skills to know it. Hence, it’s in areas where we lack some competence that we’re most likely to be brimming with overconfidence and feign knowledge. This is now known as the Dunning-Kruger effect and can be understood as the inevitable result of low cognitive ability combined with poor self-awareness. But there’s an even better name for the effect – the armchair quarterback syndrome – as a nod to all those football fans convinced they know more than the coaches on the sidelines.

In armchair quarterback syndrome, confidence exceeds competence. Its opposite is the impostor syndrome, wherein competence exceeds confidence. People suffering from imposter syndrome doubt their skills, talents and accomplishments and are genuinely unaware of their intelligence, creativity or charm. No matter how hard you might try, you will never get an armchair quarterback to change their views due to overconfidence. Similarly, try as you might, you will never get “an impostor” to rethink their worldview, but this time due to self-doubt.

Consistency is overrated. It is only by changing your mind from time to time that you can allow yourself to grow. After all, as Grant reminds us, the purpose of learning isn’t to affirm our beliefs, but to evolve them – and to evolve through them. If you are interested in working on your individual rethinking skills, let’s try to sum up what we’ve said so far with Grant’s most important practical takeaways from his research:

According to Daniel Kahneman, “Think Again” by Adam Grant is a book filled with striking insights, some of them of such nature that they are “guaranteed to make you rethink your opinions and your most important decisions.” Even though we feel that Kahneman exaggerates a bit here, he is the foremost behavioral economist of our age and a Nobel Prize winner as well. So, he certainly knows more than us. So, maybe we should rethink our opinion about “Think Again.” Or maybe we’ve already learned its most important lesson.

Don’t be a preacher, prosecutor or politician – be a scientist instead. Consider your opinions hypotheses and test them against data. Forget about consistency: be flexible instead.

Adam Grant is an American psychologist and author. In 2009, at the age of 28, he became the youngest tenured professor in the history of the Wharton School of the University of Pennsylvania. He was ranked by students as... (Read more)