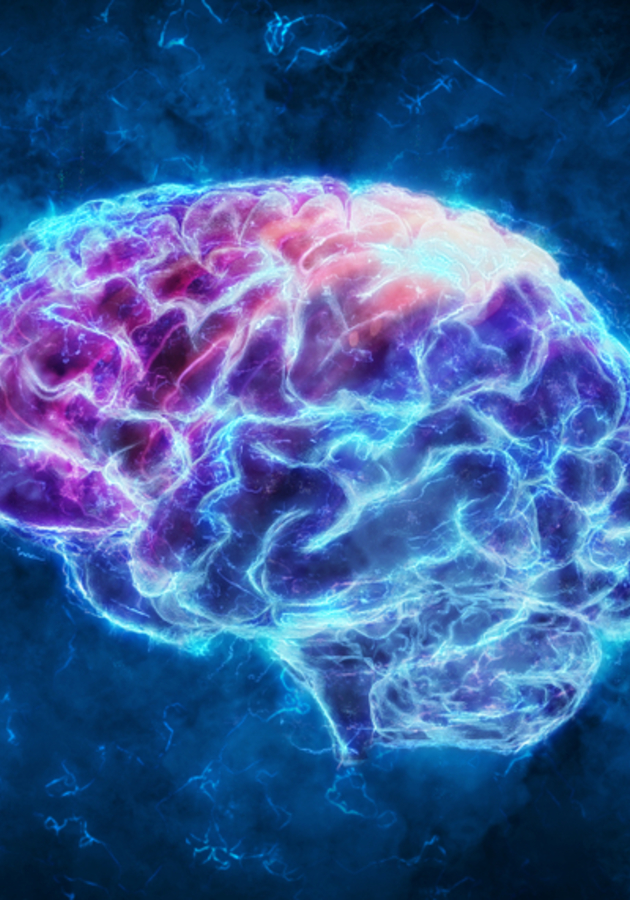 This microbook is a summary/original review based on the book: The UltraMind Solution: Fix Your Broken Brain by Healing Your Body First

Do you feel tired, unfocused, or inattentive? Perhaps you are often mentally or emotionally absent or numb? How often do you feel depressed, hopeless, disconnected, and disengaged from your life? If you are familiar with any of these symptoms, you have been affected by, what Mark Hyman calls, the ‘’broken brain epidemic.’’ Luckily, there is a way to ‘’fix broken brains’’ and stop this global epidemic. All you have to do is follow a six-week program Hyman lays out in ‘’The UltraMind Solution.’’ So, get ready to learn more about it!

How Hyman broke his brain

One beautiful late August day in 1996, Hyman’s brain broke. He became ‘’disoriented and terrified and descended into a spiral of helplessness and hopelessness.’’ Before this, he says his brain was functioning perfectly. For example, in college, he learned thousands of Chinese characters. In medical school, he could take detailed notes in his classes, simultaneously listening to, remembering, and writing down what the professors were saying. He ran to medical school every day, ate healthy food, did yoga, and studied for a few hours every night. After that, he would sleep peacefully for seven hours. Then he would do everything again the following day. He stopped this cycle when he entered the hospital and started working busy 36-hour shifts, during which he was delivering babies and working in an emergency room, seeing around 30 patients a day.

After a while, switching to this crazy working schedule took a toll on his health. He could not focus anymore on what his patients were saying or remember most of the details relating to their illnesses. During lectures, he would get lost in the middle of a sentence, unable to continue talking as he could not remember what he had to say next. He suffered from insomnia and felt depressed and anxious. ‘’It was as if I had suddenly contracted three terrible diseases - attention deficit disorder, depression, and dementia,’’ Hyman remembers.

The doctors he visited prescribed him various medications - antidepressants, antianxiety drugs, and sleeping medications. When none of these helped, Hyman began searching for answers outside of psychiatry and neurology. What he realized was that he was not forgetful and sad because he had depression, attention deficit disorder, or dementia. It was because his body was a mess - stressed out, toxic, inflamed, nutritionally depleted, with hormones that were out of balance. So, to fix his broken brain, he had to find a way to heal his body. The solution he came up with goes by the name the UltraMind Solution.

Statistics show that nearly one in three of the world’s adult population suffers from a broken brain. Out of the total number, around 20 million people have depression, while more than 40 million have anxiety. According to rough estimates, Alzheimer’s disease will affect 16 million people by 2050. So, broken brains are among the primary causes of preventing today’s society from being optimally healthy.

The major problem in treating psychiatric and neurological disorders is that most psychiatrists and neurologists base their treatments on drugs or psychotherapy, which provide only short-term solutions. What’s more, medications such as antidepressants have numerous unpleasant side effects, including sexual dysfunction, fatigue, insomnia, loss of mental abilities, nausea, and weight gain. For this reason, the majority of people stop using them after a few months.

Instead of focusing solely on the brain when treating its disorders, Hyman says doctors should also treat the whole body. ‘’Your entire body and all of the core systems in it interact as a single sophisticated symphony,‘’ he says. As all the pieces of our bodies are connected, what you do to one part has an enormous impact on the other. In the case of the brain, it means we can fix it if we heal the whole body.

Have you ever managed to decrease your stress and anxiety by simply doing some physical activity such as running or cycling? This was effective because you burned down the chemicals called adrenaline and cortisol that were triggering the anxiety. Did you know that your winter depression is the result of vitamin D deficiency or that your obsessive-compulsive disorder could be a consequence of a bacterial infection? These and plenty of other examples confirm the existing connection between the body and the brain. Therefore, to learn how to take care of your brain, you should first learn how to take care of your body.

Fix your body - heal your brain

When Hyman fixed his brain by returning balance to his body, he began applying the same approach when treating his patients. Their cases also confirmed that mental disorders and brain disorders were ‘’simply the names of common responses our bodies have to a variety of insults and deficiencies.’’

One of his patients was a boy named Clayton who had attention deficit hyperactivity disorder (ADHD). He was also diagnosed with asthma, had numerous allergies, stomach and muscle aches, to name only a few of his symptoms. When he came to Hyman’s office, he was taking seven different medications prescribed by five different doctors. Unlike them, Hyman had a different treatment approach - he took out the food that caused irritation from Clayton's diet and added vitamins, nutrients, and other ingredients, which the boy lacked, such as vitamin A and D, magnesium, and omega-3 fats. Two months after starting the treatment, Clayton stopped using all medications. Furthermore, his mood and behavior stabilized, and his irritability and anxiety disappeared.

Hyman personalizes treatments according to the patient's needs. For this reason, the treatment plan that helped Clayton might not be effective in the case of another child with similar symptoms. ‘’Understanding this allows us to develop unique methods to treat people, not diseases,’’ Hyman adds.

To understand how Hyman’s UltraMind Solution works, we first need to learn that our bodies have seven core interconnected systems. They affect our mood, behavior, attention, memory, and overall brain function. These systems are nutrition, hormones, immune function, digestion, detoxification, energy metabolism, and mind-body. The UltraMind Solution teaches us how to keep them in balance to optimize and heal our brains. For example, in the case of nutrition, it means finding the right balance and quality of protein, fats, carbohydrates, and the correct dose of vitamins and minerals. On the flip side, enhancing detoxification means eliminating all of our metabolic wastes and toxins, which we take in through our food, air, water, and medications.

Eat right for your brain

If you want to heal your brain, you need to feed it right. For this reason, the key component of the UltraMind Solution is a healthy diet. The first step you need to make is to get rid of unhealthy choices and foods that you are allergic to and move toward a diet of whole, unprocessed foods. Be careful that your meals are rich in proteins, carbohydrates, and phytonutrients. Protein is best to eat in the morning, as it controls your appetite and provides amino acids necessary for optimal brain function. For example, for breakfast, eat whole omega-3 eggs, soy or rice protein shakes, and nut butter. You can include protein in your morning and afternoon snacks as well.

Carbohydrates are essential for brain function and long-term health. However, not all foods that contain carbohydrates are good for you. The recommended carbs are present only in whole plant, not processed foods.

Finally, the chemicals that are more important than protein and carbohydrates are phytonutrients, chemical compounds found in plants. Not only can you heal your brain and mood disorders by eating five to nine servings of fruits and vegetables per day, but you can also reduce the risk of heart disease, stroke, Alzheimer’s, and cancer.

When it comes to allergens, the main ones to avoid are gluten and dairy, as they most commonly cause brain reactions. Hyman points out that, ‘’Stopping these foods can be life-changing for the majority with brain or mood problems.’’ Apart from these two, other top food allergens are eggs, yeasted products (wine, vinegar, bread), corn, peanuts, nightshades (tomatoes, eggplants, peppers, potatoes), citrus fruits (oranges, grapefruits, etc.), soy, chocolate, tree nuts, vinegar, and shellfish.

For the basic nutritional support to your brain, Hyman recommends taking vitamins (such as A, D3, C, K1, B1, B2, B3, B6) and minerals (such as zinc, selenium, iron, potassium, and chromium).

The UltraMind Solution is a six-week program designed to help you put your body in balance and achieve UltraWellness - the state of being ‘’optimally healthy and feeling vitally alive.’’ Essentially, it is a diet and lifestyle plan, which you should stick to even after six weeks if you want to maintain your UltraWellness. These are its main principles:

2. Eat a lot of fruit and vegetables full of colorful phytonutrients.

3. Eat foods with plenty of fiber.

4.Eat foods containing omega-3 fats (they are the most important building blocks for a healthy brain and cells).

To make the solution effective, you should eat small meals every four hours. This will keep your blood sugar even and prevent energy, appetite, and mood swings. Additionally, your depression and anxiety will disappear, and you will automatically lose weight. Whenever possible, avoid eating two to three hours before going to bed.

In addition to the dietary changes, there are a few lifestyle habits you should integrate into the six-week plan, as well. The first one is body and brain exercise. Aside from the benefits it brings to our bodies, physical exercising helps rewire our circuits and improve learning, memory, concentration, and focus. Moreover, it is the best antidepressant and antianxiety therapy available. To work out your brain, always do something new, different, and challenging, such as crosswords, learning new skills, or another language.

Another essential component of the UltraMind Solution is relaxation. To help yourself relax, do soft-belly breathing when you wake up, before meals and bedtime. Last, you cannot heal your brain unless you get a good night's sleep. Therefore, avoid substances that interfere with sleep, such as coffee and alcohol, and relax your body and mind before bedtime by getting a massage, taking a hot bath, or stretching.

In the age when the number of people suffering from mental disorders is constantly on the rise, the practical advice Hyman presents in the book contributes to making real progress in dealing with psychiatric and neurological diseases. Therefore, ‘’The UltraMind Solution’’ is a necessary read for anyone who wants to survive the broken brain epidemic.

To keep your brain undamaged, eat healthy food, exercise, find time to relax every day, and never underestimate the importance of a good night’s sleep!

Mark Hyman, M.D. is a practicing family physician, bestselling author, speaker, educator, as well as the founder and medical director of The UltraWellness Center. Hyman has dedicated his work to removing the root causes of chronic disease... (Read more)