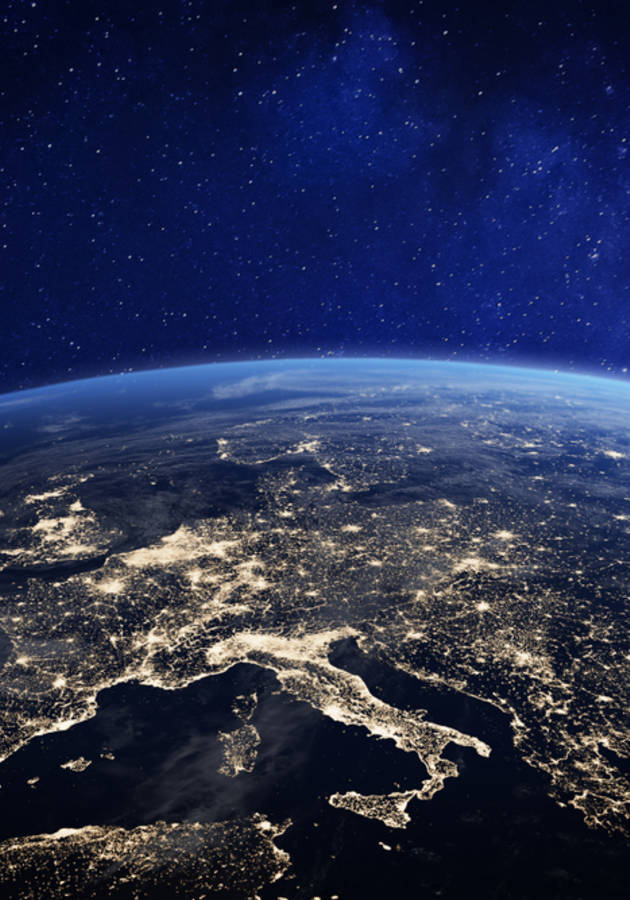 The plot of the Sixth Extinction is carved into thirteen chapters; each covering separate species that have a different story to tell.

Namely, Earth, or Nature itself, on numerous occasions had a period of boredom after which a terrible catastrophe almost wiped out the planet.

In the process, we’ve witnessed the extinction of some species, and Elizabeth predicts that the next calamity will be caused by humans themselves.

In the book, you’ll come across the reasons behind the extinction of some creatures and more.

Find out why some of those creatures became extinct and even more in this book.

Without further ado, let’s go deeper into the matter.

The Early Form of Life

It’s needless to say that the fossil evidence, that we’ve discovered and examined, is the missing link in the endeavor to define the pre-extinction indicators.

Also, the idea that the history of living species is nothing other than an evolutionary process is not correct.

As a matter of fact, living creatures - varying from single-cell organisms to humans - have roots in all eras. When it comes to the species which have died out, it’s a biological fact that they can rise again from the ashes under the right circumstances.

One of Charles Lyell’s (a renowned geologist in the 19th century) beliefs was that some areas of life were reaching new exponential heights while others were melting or subsiding.

The last catastrophe that struck the planet was the huge asteroid which crashed near Mexico and decimated the dinosaurs.

The Sixth Extinction, according to Elizabeth will have the human-factor in it.

A pile of bones was discovered in a swamp by a group of soldiers in the 18th century. Those bones were the size of a fully-grown reptile.

Science back in the days had little knowledge regarding the species that once inhabited Earth.

As far as they knew, the creatures that existed in that moment were the only ones that ever lived.

Jean-Léopold-Nicolas-Frédéric Cuvier came to the conclusion that some teeth, denominated the “tooth of the Giant”, were in fact proof of a living creature that mysteriously died out.

According to some, this was a lost world full of bones, labeled or recognized as mastodon.

Cuvier, unlike Lyell, asserted that catastrophism was the main factor in the disappearance of some species.

His theory was challenged as the uniformitarian model of extinction, also known as gradual model, gained momentum in the science sphere.

Darwin, fond of Lyell’s views, set the records straight by explaining that the evolutionary element plays a critical role in altering nature itself (deltas, mountains, valleys) and the same applies to all living creatures.

However, it’s also noted that both Darwin and Lyell failed to spot one tiny element.

If the extinction of some species is spanned over the course of time, then why we cannot regard it as imperceptible?

It didn’t take long before the uniformitarian model was put under scrutiny.

In the early 1980s, Walter Alvarez and his father, Luis, shocked the world by displaying a critical piece of evidence.

They claimed to have broken the enigma of the dinosaur extinction.

The uniformitarian model received a major blow when Luis and Walter presented concrete evidence regarding the asteroid strike that happened approximately 66 million years ago.

In the aftermath of this calamity, dinosaurs and other forms of life were annihilated due to the sulfur dust that blocked the sun, and the nuclear winter that ensued.

In the wake of this disaster, the ecosystem was destroyed, forests were burned to the ground, and a large portion of the living kingdom was obliterated.

The Acceptance of Relativity

Scientists nowadays feel the necessity of putting both models under the same umbrella.

In other words, one cannot discern what is right and what is wrong when you have a clear indication of inconsistency with regards to the evolutionary progress.

At one moment, intellectuals - mostly from the western world - believed that all of the “Big Five” extinctions were a direct result of asteroids hitting Earth.

But with time they realized that probably the first calamity ever to strike Earth was a big slump in atmospheric levels of carbon dioxide (CO2).

And, this was, in fact, the most devastating of all – probably destroying 90% of life on Earth.

On the other side, it’s beyond doubt that human activity has reshaped our living environment.

This is the reason why scientists and intellectuals alike fear that the new apocalypse is near – this time triggered by an internal element.

Apart from a tiny percentage of scientists, that don’t believe in the human factor being the cause of the next extinction, most of them have this perpetual fear of the human race and our negligence.

According to them, it’s self-evident that the human factor has already changed the atmosphere and the ecosystem.

So far, we have not ravaged the Earth to the degree of utter demolition.

Anthropocene extinction is by no means a peaceful method of uniformitarian transition. Many species are endangered from this very moment, including corals, reptiles, birds, and mammals. If humanity doesn’t take this matter seriously, we might bring every living thing on the verge of extinction.

Also, it’s vital to understand and monitor environmental changes as something that drives both evolution and elimination. Scientists argue that biological and ecological changes span across time, and living creatures are designed to adjust to these shifts, but not under any circumstances.

Organisms can only be able to cope with these wavelike inconsistencies if we take more care of our surroundings.

Over the last couple of decades, humans have increasingly hastened the planetary changes by simply being careless.

It’s also true that humans in the pre-civilized age eliminated its closely-related humanoid species - the Neanderthals.

But, let’s take a look at more pressing matters.

In the second half of the 20th century, the greatest threat for the survival of all species, including humankind, was a nuclear conflict.

With tensions slowly receding, we are now facing an ecodisaster.

Even global warming skeptics would agree that since the 19th century, and the Industrial Revolution, human activity has led to the increase of (CO2) concentration in the atmosphere.

Burning fossils and cutting trees at an alarming speed brought about fear among the intelligentsia.

Those actions rose the CO2 levels in the atmosphere by approximately 40% - and thus reaching the highest concentration of carbon dioxide in 800,000 years – and must be addressed.

According to Darwin, flora and fauna survive climate changes by moving and relocating. This migration is now put on the fast lane due to various eco-factors caused by the effects of global warming.

The biggest misconception that is still afloat among experts is revolving around global warming itself.

No one denies the high levels of CO2, but ascribing all problems to planetary overheating is being simply ignorant. For those of you who don’t know, oceans and wildlife absorb a substantial concentration of carbon dioxide, which triggers the process known as ocean acidification.

The ever-increasing percentage of acid is dangerous to marine life and to their reproductive processes is the best explanation of this phenomenon.

Throughout time, humans have helped various species to spread widely into areas or places that were previously out of their reach.

It stands to reason so to why we have a moral obligation to help our Planet and prevent a Sixth human-triggered Extinction.

The dispersal of species would probably be a long and confined process without the human factor. For instance, animals are not able to move across continents or oceans and find habitats that are much more into line with their climate needs.

Also, bear in mind that, sometimes, the dispersal or relocation of species is due to the need to limit the movement or the effects of some pests.

It’s of utmost importance to bring awareness over to the remodeling of Earth’s surface or dry land. Sixth Extinction is in more ways than one associated with the dislocation of ice and land.

On top of that, islands are in danger due to the increased water levels caused by ice melting.

Inhabiting some areas and changing the entire landscape is not absent environmental cost. Building cities by diverting or stopping the natural flow of rivers and chopping down woods are, by all accounts, the main reason for global warming.

Even the wilderness that we often perceive as intact has roads and pipelines built all around it.

Remote areas and islands that give the impression of deserted places lose their population with time due to the inability to spark migration. Ecologists fear that isolating these areas prevents fleeing animals and other living species from repopulating them.

If we’d like to breath new life into these remote drylands, making them less diverse is not the way.

Just think about it for a moment, new islands are less likely to be populated when human-built infrastructure serves as a crossing route.

Global warming and the increased concentration of CO2 in the atmosphere only fuel this phenomenon.

It would be totally imprudent not to mention the heroic efforts that some people have put up to safeguard the ecosystem.

We also have launched the project of freezing the genetic cells of species facing extinction.

A lot of groups and organizations also emerged to save the wildlife or what’s left of it.

Despite all the mistakes made in the past, it’s pretty accurate to depict the humankind as the greatest pest and savior of the planet.

Elizabeth Kolbert galvanized a lot of people into action, mostly those who’ve sensed a threat coming their way.

Elizabeth Kolbert is an American author, journalist, and fellow at Williams College. Her articles on environmentalism are published in The New Yorker. She is a Fulbright scholar and reci... (Read more)

The Sixth Extinction is now available in the 12min app! Download now and read for free.

The Sixth Extinction is now available in the 12min!

The microbook based on The Sixth Extinction is already available on 12min. Leave your email and you will receive a invitation to download the 12min app. Our app is available for iPhone and Android and in it you will find all our microbooks in text and audio. By registering, you get 3 days of unlimited access!