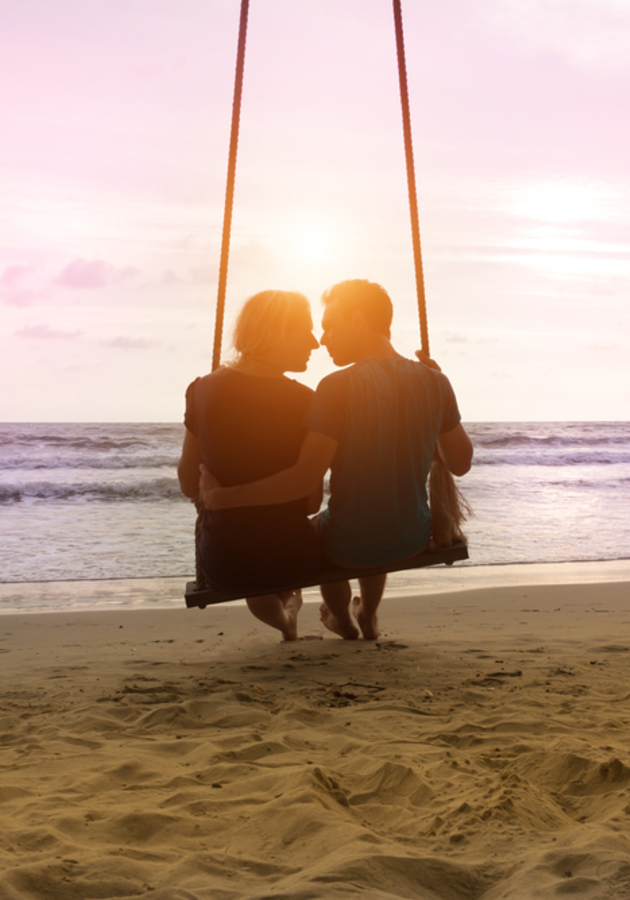 This microbook is a summary/original review based on the book: The Relationship Cure: A 5 Step Guide to Strengthening Your Marriage, Family, and Friendships

Dr. John Gottman, professor emeritus of psychology at the University of Washington, is widely considered one of the world’s leading experts on the subjects of marriage and divorce. In “The Relationship Cure” – one of his numerous books on improving intimate relationships – he presents a practical five-step program that can help you greatly improve all of your relationships in life. So, get ready to discover the basic principles that regulate how we connect to each other and prepare to learn how to better respond emotionally to the people you love and are loved by!

Bids (or: How we connect emotionally)

A few decades ago, Gottman invited more than 100 newlywed couples to spend a day at his “Love Lab,” where they were asked to do ordinary, daily activities together. He noticed that throughout the day the partners would constantly make “small, seemingly insignificant requests for connection from each other.” He called these requests “bids” and he realized that meeting them was, by far, the most important factor in the success of a marriage.

Simply defined, a bid is “the fundamental unit of emotional communication.” It can come in the form of “a question, a gesture, a look, a touch.” It can also come in the form of a word, an email, the tone of your voice. It can be a gift, an invitation to a party, and even a Tinder swipe. All in all, a bid is any single expression that can be translated into “I want to feel connected to you.”

Just like all matter is built from atoms, all communication is built from bids. After all, it is practically impossible to communicate with others without sending some requests for connection. As English novelist Alan Garner wrote in 1981, in his primer on interpersonal communication “Conversationally Speaking,” “Whether you smile or maintain a blank face, look straight ahead or down at the ground, reach out and touch or hold back, you are communicating, and others will attach meaning to that communication.”

There are three different ways to respond to another person’s bids for connection:

Step No. 1: Look at your bids for connection

Following years of research, Gottman and his colleagues discovered that nothing affects relationships as much as the bidding process. For example, they found out that husbands headed for divorce turned away from their wives’ bids for connection 82% of the time, whereas husbands in stable relationships – quite conversely – turned toward them four out of five times. Just the same, happily married wives turned toward their husbands’ bids for attention 86% of the time, and wives headed for divorce turned against them half of the time. In other words, high rates of positive engagement pay off in tremendous ways; the only thing worse than turning against another person’s bids for connection – is turning away from them.

Hence, if you want to make your relationships work, you must first master “the art of the bid.” That’s the first step in Gottman’s 5-step program to strengthening your marriage, family, and friendships: analyzing the way you bid and the way you respond to others’ bids. For better or for worse, due to our fear of being emotionally hurt, rarely do we bid openly. More often than not, we are vague in our requests for attention, and our bids are hard to decipher. The logic is sane. If the other person responds positively to your ambiguous bid – say, with a coy smile to your double entendre – then you can proceed in making another request for connection. However, if the intended person fails to respond or turns against your bid, then at least you’ll have a backup interpretation and lose no pride.

For reasons such as this – and many others – it’s important to spend some time studying your bids and your response to other people’s bids. Otherwise, you risk constantly running into the following six barriers to connection which Gottman refers to as “bid busters”: being mindless rather than mindful, starting on a sour note, using harmful criticism instead of helpful complaints, responding with intense emotions to other’s bids (also called “flooding”), practicing a crabby habit of mind, and avoiding the conversation you need to have. Gottman says that these patterns of behavior “repeatedly show up among those who have trouble bidding or responding to bids for connection.” To help you overcome them, he offers a few simple, practical remedies.

For example, he suggests starting your bids on a softer note. Rather than saying “We never have fun together anymore,” say, “Hey, you remember how many adventures we’ve shared in the past?” To challenge your mindlessness, become a collector of emotional moments, and to tackle your flooding habit, start mindfully meditating. To create an opportunity for a long-delayed discussion to take place, try expressing what you feel in the moment – but don’t act: neither attack, nor deny. Complain when you must, but criticize never. To cure your grumpiness, start a gratitude diary today. After all, there are probably so many things you should be grateful about in your life that you rarely have the right to be cranky.

In his 1998 bestselling book “Affective Neuroscience,” Estonian neuroscientist Jaak Panksepp hypothesized the existence of seven primary emotional systems in all mammals, each of them corresponding to a different neuronal system located in the subcortical regions of the brain. After relabeling them to make them more concrete and graspable, Gottman describes their traits in the following manner.

As you might have guessed by now, people differ from one another in how much they like to have these systems stimulated and, consequently, in which ones of them are dominant and which are subservient. To build better relationships, you should discover how your brain’s emotional command systems affect your bidding process and try to better understand the same about the people you’re close to. Only then will you be able to make appropriate bids and appropriately respond to other people’s bids for connection. Otherwise, you’re just fumbling around in the dark.

Step No. 3: Examine your emotional heritage

Our emotional heritage – that is to say, our past experiences with emotions – has a powerful effect on our current relationships. In other words, the way we were treated in the past, and the way such treatment made us feel, determines a lot about how we treat other people in the moment and how we will approach the bidding process tomorrow. That’s why it is of utmost importance to “examine how your emotional heritage impacts your ability to connect with others and your style of bidding.”

Perhaps the most important aspect of your emotional heritage is your parent’s emotional families. Gottman’s research has led him to believe that families generally fall into “four broad categories of emotional philosophy":

Needless to say, the emotion-coaching philosophy is the one that works best of the four. But even people raised in such environments can carry with them a few “enduring vulnerabilities,” that is to say, emotional weaknesses caused by a past event whose impact was so powerful that it has become impossible to shake its influence. Examples of such events may be the death of a loved one, an incident of physical abuse, witnessing violence, marital conflict, etc. The only way to grow emotionally is by facing both your enduring vulnerabilities and your emotional heritage. As Gottman writes, “It takes a brave heart to look back thoughtfully at past injuries, your family’s emotional philosophy, and your emotional history. But doing so with a clear intention of improving your current and future relationships is well worth the effort.”

There are many people in the world who have trouble talking about their feelings and who keep their pains and hurt under the rug. Unfortunately, there are just a few capable of “detecting another person’s unspoken pain as bids for connection, and turn toward it compassionately.” Make it your personal obligation to tip the scale. That is the fourth ingredient of Gottman’s relationship cure: developing and sharpening your emotional communication skills.

Since we communicate in a variety of verbal and nonverbal cues – from facial expressions and gestures to descriptive words and metaphors – enriching your emotional communication skillset is a lifelong, large-scale process. Here are just a few basic tips:

“While understanding metaphors and all the various forms of nonverbal communication can boost your ability to connect with others,” concludes Gottman, “you won’t get far without a strong foundation of good, basic listening skills.” So, above all – just listen. Focus on being interested rather than interesting, ask questions and look for commonalities. And be present: turn off all distractions and maintain the right amount of eye contact. You can’t turn toward someone’s bids if you’re turned away by default.

We connect with each other because we want to share some of our likes and loves, some of our rituals and perspectives. Many of them have no meaning when experienced in solitude and isolation. Finding ways to share them with the people you care about is the fifth and final step to building better emotional connections. It is an important ingredient of the relationship cure because it serves as a perfect springboard for personal growth as well. Perhaps the greatest obstacle to life-long friendships or marital bliss is the feeling that the other person is preventing you from flourishing and fulfilling your dreams. Finding shared meaning is, essentially, the key to circumventing this problem, a way to experience individual freedom in a community. That’s what love is as well.

The ability to discover shared meaning in our lives, explains Gottman, “leads to greater stability in our relationships with friends, family, and coworkers. It helps people settle conflicts and collectively pursue the goals that really matter to them – goals like raising a healthy child, building a successful business, or helping an elderly relative die peacefully at home. When two people find meaning, they’re willing to support each other’s dreams, even when there’s little to gain personally from doing so. All of this is very good for relationships.”

But how do we achieve shared meaning in our relationships? According to Gottman, there are at least three ways:

John Gottman appears as the author or coauthor of numerous exceptional books and articles on the subject of improving intimate relationships, but few of them compare to “The Relationship Cure” in terms of straightforwardness and applicability. Not just because this book offers an easy-to-follow five-step program for relationship improvement and repair, but also because “the amazingly powerful concept of the ‘bid’” makes discussing relationships oh-so-simple! One of the best books on relationships you’ll ever read.

Try to turn toward the emotional bids of others as often as possible and try doing it in an attentive, engaging and caring way. Consider them not just invitations to intimacy, but gifts as well. And it’s impolite to refuse a gift.

Widely considered one of the most influential therapists of the modern age, John Gottman is an award-winning American psychological researcher with four decades of experience researching marital stability and divorce prediction. Professor emeritus of psych... (Read more)