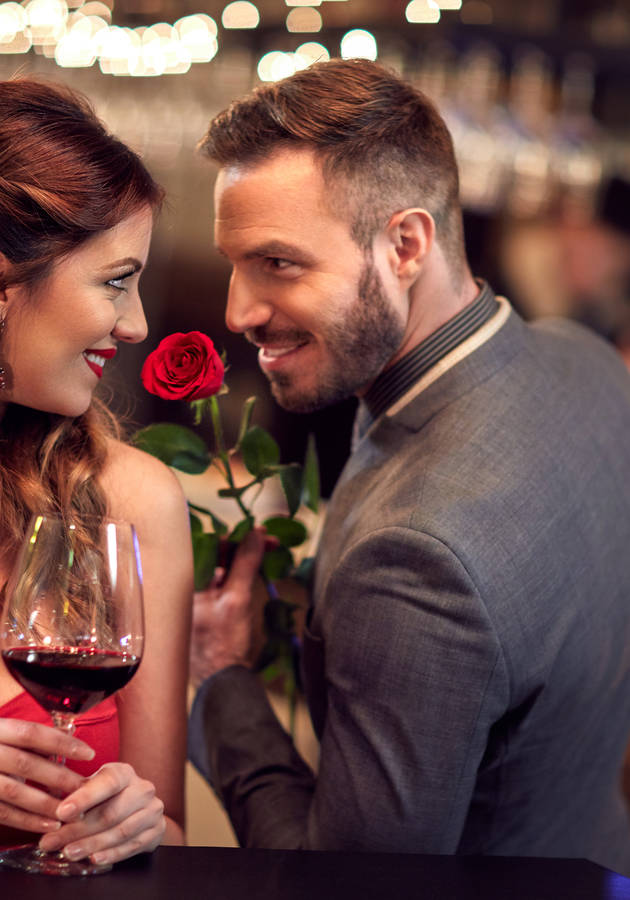 This microbook is a summary/original review based on the book: The Rational Male

Known for a decade as the no-nonsense blogger behind therationalmale.com – and now known even more as the author of three bestselling books with pretty much the same title – Rollo Tomassi is often described as “one of the leading voices in the globally growing, male-focused online consortium known as the manosphere.”

In case you don’t know what the manosphere is, then think of it as radical feminism for men, aka "meninism". Consequently, think of Tomassi as one of the flag bearers of a movement that maintains that humanity is in the middle of a masculinity crisis and that, to save it, men need to fight back against the supposed delusions of feminism and the pervading misandry of society.

Now, being one of the central books of the manosphere canon, “The Rational Male” is chock-full of numerous concepts and pieces of advice expressed in a distinct “meninist” jargon. We did our best to select – and explain – some of the more prominent ones. So, get ready to vaccinate yourself against “ONEitis” and learn how to unplug yourself from the “operative framework of the feminine imperative.”

Underneath our docile, civilized nature, we are savage, fierce creatures with vile desires and animalistic needs. Naturally, these needs and desires differ between men and women. After all, men were hunters and women were gatherers: the two sexes have treated slightly different evolutionary paths. The one trod by men demanded from them to become protectors and providers. Just as well, the evolutionary path trod by women required from them to look for the best protectors and the best providers to mate.

Being beaten once or twice a month was the price women had to pay to survive for millennia. Being “married” to a harmless man a hundred thousand years ago would have probably resulted in their – and their children’s – deaths. In any case, harmless men are incapable of defending their families when attacked by a lion or a saber-toothed tiger.

However, something changed a few centuries ago. Infected by the ravings of the medieval troubadours and the verses of the effeminate romantic poets, both men and women developed a severe disease, a harmful psychological dependency that Tomassi calls “ONEitis.” ONEitis, in his words, is “an unhealthy romantic obsession with a single person, usually accompanied by unreciprocated affection and completely unrealistic idealization of the said person.” ONEitis makes one a paralyzed individual: it hinders movement, maturity, and growth. Especially if that individual is a male. “Why?” –  you ask. Allow us to give you an answer in the next section.

ONEitis and the dynamics of power

ONEitis – being the direct result of the continuous socialization of the soulmate myth in pop culture – “essentially sabotages what our natural propensities would otherwise filter.” However, this is truer for men than it is for women. And that’s because females are evolutionary better off mating for life, so ONEitis might be one of the foundational aspects of the so-called “framework of the feminine.” However, men can be, at best, semi-monogamous. So, basically, if you are a man and believe there is somebody out there who is perfect for you, then you’ve been brainwashed by feminism and identity politics, and you’re suffering from a sort of “female disease.”

The reason why ONEitis leads to the paralysis of the male individual is rather simple: whether intersexual, familial or business, power – at least according to Tomassi – is the foundation of any relationship. And in any relationship, “the person with the most power is the one who needs the other the least.” This dynamic is always in effect, whether you want it or not. And that’s because everyone is part of any relationship with an objective: to get something out of it, be that something sex, money, love, lifestyle, or children.

Consequently, the less you need from your partner, the more your partner needs you. Now, you see how big of a problem the guy suffering from ONEitis has: he has absolutely no power over his partner and, hence, no freedom whatsoever. If you are that guy, you need to do something about that and do it fast. Start by dispelling the myth and countering with the much more balanced truth: “there are some good Ones, and there are some bad Ones, but there is no ONE. Anyone telling you anything else,” as Tomassi writes, “is selling you something.”

The plate theory and the plugged-in AFCs

So, contrary to what society asks men, they need to say “no” to exclusivity and commitment. To illustrate this better, Tomassi uses the analogy of the plate spinner. It’s not the greatest of analogies, as it imagines men as spinners of plates and women as, well, plates, but its main premise is pretty straightforward: the only way for men to mature and master their trade is by spinning as many plates as possible.

Some of the plates will fall off immediately, others will spin for a while and then break, and a third group will keep on spinning for quite some time. But the point remains: spin some plates. This doesn’t mean that you shouldn’t commit to a relationship at some point; however, it does mean that you can properly do this only after you’ve spun your fair share plates. “The essence of plate theory is that a man is as confident and valuable as his options,” writes Tomassi. “This is the essence of the abundance mindset – confidence is derived from options.”

However, most men nowadays think of monogamy as the only way to live their lives; moreover, they suppress their masculinity, believing that women want harmless men. This is not the truth: women want confident and assertive men, and you will not become one if you don’t spin your plates. Instead, you’ll live your whole life as an AFC, an average frustrated chump, plugged in the “operative system of the feminine.”

You are already one if you can describe yourself along these lines. You either suffer from ONEitis or approve of female idealizations. Maybe you just believe in “the friend’s debt,” confident that your LJBF – or “let’s just be friends” – relationships are means to prospective intimacy. In some worst-case scenarios, you might also be a subscriber to the Martyr Schema and think that the more you sacrifice in your relationship, the more you show your devotion.

The Savior Schema is just as bad: it’s observed by AFCs who honestly believe they will get some sex in return for solving a problem for a female friend. Now, we can go on, but we guess you already got the point: unless you are an alpha, you are probably an indoctrinated AFC. And it’s time to unplug yourself from the system.

Unplugging: the bitter taste of the red pill

That’s right: it’s time to wake up! It’s time you spilled the blue pill you’ve been force-fed ever since your birth and open your mouth for the red pill of truth. Prepare, because the truth is not really a comfortable one. Some might say that it’s a bit misogynist. However, for Tomassi, this doesn’t make the following three facts less true. Men and women are not created equal. Men are built to be the dominant sex. And women, wait for it, like this.

“The most ironic thing about this ‘Identity Crisis,’” writes Tomassi, “is that the least attractive thing to most women is a man who is willing to compromise any part of his identity to placate to her, much less a wholesale selling-out of it. Women are naturally attracted to that masculine independence as it represents a very strong cue for security and the potential to provide that security to her (and any children she may have).”

In other words, women don’t want a man who’ll “do everything they say.” They want to be told “no” and want to be around someone secure and confident to do this regularly. And nothing turns on a woman more than a man capable of putting his sexual impulses on hold to stick to his long-term beliefs and ambitions. This, according to Tomassi, “covertly communicates to a woman that his goals and determination trump her one real power over him – her sexuality. That is the man who is the prize, the ‘great catch,’ the male to be competed for with other women.”

The five stages of unplugging

If you are an AFC who wants to become an alpha, know beforehand that you need to put in some effort to unplug yourself from the operative feminine framework. For the AFC “coming to grips with unplugging from the Matrix,” Tomassi imagines a 5-step journey fashioned after the Kübler-Ross grief model. And these are the stages:

According to Tomassi, there’s also a sixth stage – Jaded, MGTOW (Men Go Their Own Way) Permutations – when men, tired of learning the rules of attraction, start preferring video games and pornography to having sex with actual women. This is, unfortunately, a common aftereffect of unplugging. It is, in a way, a different kind of depression.

You’re already game-aware, and you are here to get a glimpse of the rules? Look no further: here are Tomassi’s nine iron rules of dating:

Predictably, not few men think of “The Rational Male” as “the definitive work of gender dynamics for this generation” or “the single greatest counter-culture romance and dating guide of the decade.” However – and to be perfectly honest – we didn’t find the book appealing. At all.  And we feel that Tomassi – and those like him – has gotten the fundamental story of who we are quite wrong.

Think of it this way: even if he is right and women do like savage males more than they like harmless men, their desires are (following their interpretation) the inevitable result of some random evolutionary pressures – such as preferring men able to defend them from lions. However, lions are not a threat nowadays, and, instead of promoting them, we should try to correct evolutionary mistakes such as these.

After all, if an abuse victim is suffering from Stockholm syndrome, you don’t go and tell her that she’ll just have to live with the condition forever. You try to help her. And it’s not fair that so many members of the manosphere are advocating the former.

Whether you are a man or a woman, it’s never a bad idea to try to understand the gender dynamics better. Also, never forget that it is statistically improbable that there is only one perfect person for you in the whole wide world.

Rollo Tomassi is the pseudonym of the anonymous author of the blog TheRationalMale.com. He kickstarted his online writing career on the SoSuave forums in the late 2000s. All of his books – “The Rational Mal... (Read more)