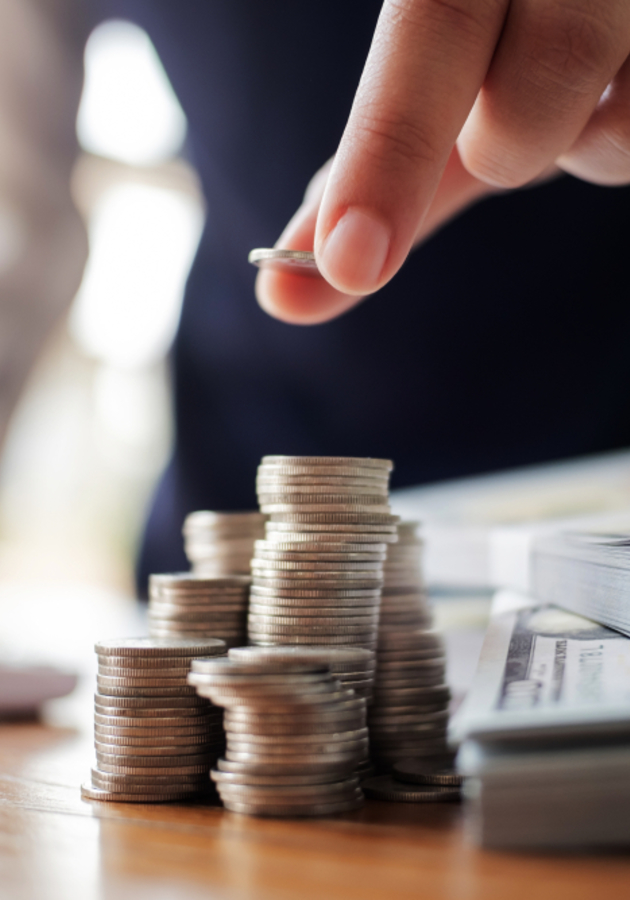 This microbook is a summary/original review based on the book: The Psychology of Money: Timeless Lessons on Wealth, Greed, and Happiness

How well can you handle money? Are you good at saving or do you spend all of it as soon as your paycheck arrives? Morgan Housel believes that we all need certain skills to handle money, skills that have nothing to do with mathematical aptitude or a degree in finance. He had the idea of writing “The Psychology of Money” when he was investigating the 2008 financial crisis. Housel quickly realized that this crisis could only be explained by looking at it through the lens of psychology and history. In his book, Housel explains how to handle money and wealth in the best way, so get ready to learn all about accumulating and keeping your wealth!

The psychology of money

Ronald Read was born in  rural Vermont and spent his entire life there. He went on to become the first in his family to graduate high school. He worked at a gas station for 25 years fixing cars and also swept floors at JC Penney for 17 years. When he was 38, he bought a house for $12,000, where he lived until he died in 2014 at age 92. This was when humble Ronald Read made international headlines. Of the almost 3 million Americans who died that year, only 4,000 had a net worth of $8 million and Ronald Read was one of them.

In his will, he left $2 million to his stepkids and $6 million to the local library and hospital. Everyone who had known him was baffled—how could Ronald Read have become a millionaire? It turned out there had been no secret lottery win or inheritance, but Read had saved what little he had and invested it in blue-chip stocks, waiting patiently until he had accumulated $8 million.

A few months before Read died, a man called Richard Fuscone was in the news. He had been Harvard-educated and had such a successful career in finance that he retired in his 40s to become a philanthropist before everything changed. He borrowed heavily to expand his 18,000 square feet mansion in Greenwich, Connecticut, which already consisted of 11 bathrooms, two elevators, and two pools— and already cost him $90,000 a month to maintain.

Just after Fuscone had borrowed so heavily, the 2008 financial crisis hit. Suddenly, he was bankrupt, eventually having to sell his Palm Beach house and his Greenwich Mansion.

Only in the world of finance is it possible for someone with little to no education to outperform someone who has had a lot more education in the field. Housel believes that this is because financial success has very little to do with intellect, and a lot with luck and behavior. Even the smartest people in the world might lack the skill of handling money, as the example of Fuscone shows—he was greedy while Read was patient.

Housel believes that financial success requires a soft skill, something he likes to call the psychology of money. He believes that having that soft skill is much more important than understanding the technical side of money.

Luck and risk are two sides of the same coin and are both realities of the financial world. Take Bill Gates as an example. While he is undoubtedly extremely smart and tech savvy, he admits that the founding of Microsoft is largely down to luck. Of the 303 million high-school-age people in the world in 1968, Bill Gates was one of 300 lucky children who went to a high school in Lakeside, which had the foresight and money to purchase a computer.

Gates and two of his friends, Paul Allen and Kent Evans, spent a lot of time on the computer.Gates and Allen eventually went on to found Microsoft. Evans would certainly have been another founding member, but his story is an example of risk. Evans was one of Gates’ best friends and one of the smartest kids in school but he died in a mountaineering accident before ever finishing high school. The odds for such an event were one in a million.

Bill Gates, on the other hand, experienced one in a million luck in having access to a computer in his teenage years. As the two stories show, luck and risk are a reality of life. 100% of your actions never dictate 100% of the outcome. That is why NYU professor Scott Galloway says: “Nothing is as good or as bad as it seems.” Keep this in mind when judging your own or other people’s financial success—a good deal of it is down to risk or luck.

Remember, you are not invincible, even if things are currently going extremely well for you. Hence Bill Gates believes: “Success is a lousy teacher. It seduces smart people into thinking they can’t lose.”

Housel believes that observing the ice ages can teach us a lot about handling money. Only in the early 1900s did we finally learn how ice ages came about. What is fascinating about them is that they occurred five times, in cyclical nature. It was first assumed that maybe the uplifting of mountain ranges had caused the winds to change on such a massive scale that they altered the temperature of the earth.

But eventually, Russian meteorologist Wladimir Köppen discovered what really caused the ice ages: cool summers. The Earth’s motion is affected by the gravitational pull of the sun and the moon. At some points during this cycle, the Earth tilts further away from the sun, which means that one of the Earth’s hemispheres gets less sun. Therefore, in summer, not all the previous winter’s snow will be melted, which eventually accumulates, reflecting more sun, and eventually cooling the temperature.

When the Earth tilts back toward the sun, this whole process is reversed. The interesting thing is how a thin sheet of ice is enough to create an ice age, freezing the entire planet over time. The same happens in the world of finance when growing your investments.

The compounding of money is counterintuitive. Take one of the most successful investors, Warren Buffet, who has a net worth of $84.5 billion. He is a smart investor, but very little people ever mention that he also took a long time to compound his present wealth. He only accumulated $81.5 billion of his wealth after his 60th birthday!

Housel writes, “If something compounds—if a little growth serves as the fuel for future growth—a small starting base can lead to results so extraordinary they seem to defy logic. It can be so logic-defying that you underestimate what’s possible, where growth comes from, and what it can lead to.” This is the counterintuitive nature of investing: you do not need to make investments that yield the highest returns, but you do need to be patient.

Getting wealthy and staying wealthy require very different skill sets. Just take the two investors, Jesse Livermore and Abraham Germansky, as examples. They both lived during the stock market crash of 1929, but Jesse Livermore had been lucky and had been short the market— this meant he had made more than $3 billion on the exact day that many other investors lost everything they had. Germansky was one of them, and probably became one of many investors committing suicide in the days following the crash.

Only four years later though, Livermore did the same. He had heavily indebted himself by overconfidently making larger and larger bets, and therefore, eventually committed suicide. Getting wealthy is one thing, but staying wealthy is a whole different matter. The key to staying wealthy is survival: combining a healthy dose of frugality, humility, and paranoia. Getting wealthy, on the other hand, requires the exact opposite: taking risks and staying optimistic.

One reason why a survival mentality is so important in keeping your money is because of the counterintuitive nature of compounding. You need to give your asset decades to grow, just like planting an oak tree. One year of growing won’t show much progress, but 10 or even 50 years will create an extraordinary difference. But to get to the point where your money has compounded, you will need to stay resilient and patient; you will need to be able to ride out all the ups and downs of the market without selling out.

Building wealth has actually very little to do with your income or investment returns and a lot with your savings rate. The power of efficiency cannot only be observed in the world of finance. Take the energy industry as an example. In the 1970s, people worried that oil would run out. That did not happen, partly because new oil resources were discovered, and more efficient techniques were developed to harvest the oil. But it mostly did not happen because overall energy consumption was reduced.: Nowadays, the U.S. uses 60% less energy per dollar of GDP than it did in 1950.

The same is true for money. Instead of trying to earn more, try to spend less. When you start viewing the building of your wealth as powered by your own frugality and efficiency, you gain control. Moreover, the value of your wealth is always relative to what you need.

When you learn to be happy with less money, you will automatically save more—and you will make your savings go further! Past a certain income threshold, most people only spend money to show off their wealth. So, try to raise your humility, and instead of flaunting your wealth, save your money for a rainy day. When you start caring less about what others think, you will start to desire less and therefore, spend less money.

The world is unpredictable, and if you do not want to end up like Livermore or Germansky, you should start saving just for savings’ sake. Having savings won’t only give you flexibility and security, it will also buy you time. Having money in the bank allows you to consider your options and freely decide what to do with your time.

You don’t need to be a finance expert to become wealthy. Instead, you need to develop the right behavior and mindset, the soft skill called the psychology of money. Understand that true wealth lies in living frugally and with humility. If you go about flaunting your wealth and taking risks, you may lose it just as quickly as you gained it.

Think about ways in which you could reduce your spending. Do you really need all the things that you are spending money on?

Morgan Housel is an American journalist and a partner at the Collaborative Fund. He was a columnist at the Motley Fool and The Wall Street Journal and has won t... (Read more)