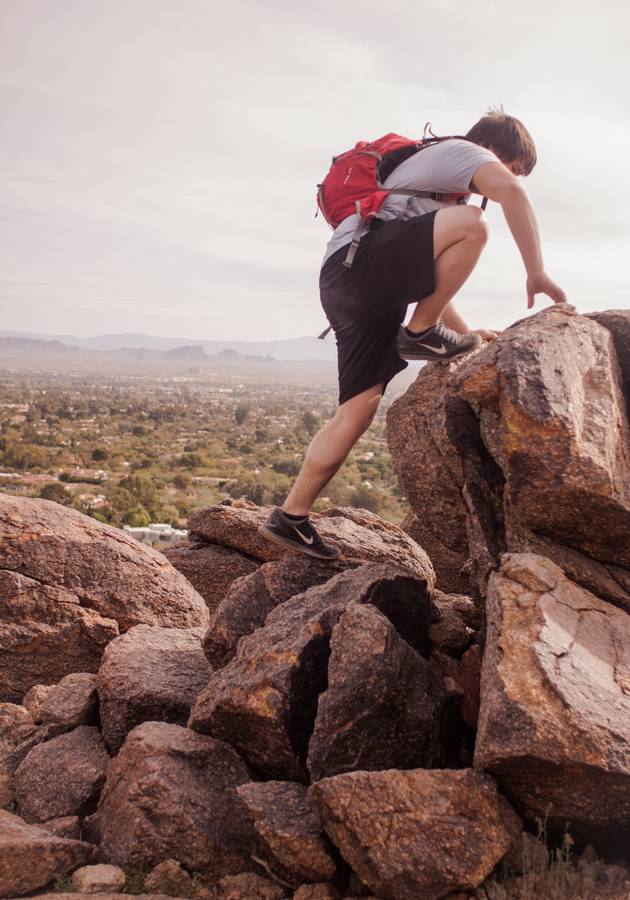 This microbook is a summary/original review based on the book: The Power of Habit: Why We Do What We Do in Life and Business

Widely considered a classic on the subject, Charles Duhigg’s “The Power of Habit” is a 400-page methodical exploration of the nature and the machinery of our habits. Much more importantly, it is also a manual on how to train yourself out of the bad ones. So, get ready to learn how habits work and how to change the ones you don’t like!

The habit loop: how habits work

According to a 2006 paper published by a Duke University researcher, more than 40% of the actions we perform each day aren’t actual decisions, but habits. The reason is simple: our brain is constantly on the lookout for new ways to save energy, so when it notices a sequence of actions with a beneficial result, it converts it in an automatic habit and stores it in a primitive part of the brain called the basal ganglia.

In general, all habits share a similar pattern and can be broken down into a three-step loop:

The craving brain: how habits are powered

Over time, this habit loop – cue, routine, reward – becomes more and more automatic. “The cue and reward become intertwined in such a way that a powerful sense of anticipation and craving emerges,” writes Duhigg. It is this craving that powers the habit loop and gives habits their strength.

When the cue and reward are automated, we can’t help but hunger after the latter every time we’re exposed to the former. Listening to the tinkling music of a roving ice cream truck creates anticipation of a sugar-fueled joy inside our brain – but also activates a neurological pattern associated with desire and frustration. If you don’t get that vanilla-flavored ice-cream in a cone or a dish, the joy turns into a craving that, if left unsatisfied, drives you to anger and depression.

In the case of strong habits, wanting evolves into an obsessive craving that forces our brains into autopilot, “even in the face of strong disincentives, including loss of reputation, job, home, and family.” This is why some people can’t help but cheat their significant others or gamble away their family’s savings. Unless they don’t do that, their brains will go into overdrive with anger and frustration, getting hold of their entire bodies.

The golden rule of habit change

The bad news is twofold. First of all, the basal ganglia – as we already noted – is quite primitive, so it is unable to tell the difference between bad and good habits. The only thing it understands are rewards in the present: if it doesn’t get them now, it will turn against you until you obey its will.

Secondly, the habit loop is just too powerful to be broken apart. You can try to get rid of a bad habit as much as you want to, but the basal ganglia will eventually get the better of you because cravings are much more potent than willpower. It’s like trying to separate powerful magnets: you need a lot of force and energy to keep the cue and the reward apart from each other, but this is both physically and psychologically draining; sooner or later, you’ll grow tired and fall back into the old bad habit once again.

Fortunately, there is some good news as well. Namely, even though you can never truly extinguish your bad habits by doing away with the habit loop – you can undeniably short-circuit it and transform your bad habits into good ones. All you need to do is adhere to a simple instruction, the so-called golden rule of habit change: keep the old cue and deliver the old reward – but insert a new routine in-between.

“That’s the rule,” writes Duhigg. “If you use the same cue, and provide the same reward, you can shift the routine and change the habit. Almost any behavior can be transformed if the cue and reward stay the same. The golden rule has influenced treatments for alcoholism, obesity, obsessive-compulsive disorders, and hundreds of other destructive behaviors, and understanding it can help anyone change their own habits.”

Changing habits is neither fast nor easy; however, thanks to the golden rule, you can reshape almost any habit, provided that you dedicate enough time and effort. Since there are so many habits, there isn’t really a single formula for changing them; but the following 4-step framework – though merely a practical guide – is a great place to start:

The importance of belief

Habit replacement is an amazing life hack. Use it wisely, and in just a few weeks, you can put a bad habit behind and adopt a good one – both in one fell swoop!

However, this process of reprogramming has one vital flaw: it works only until the stresses of life get too high. If, for example, you found out your partner was cheating on you or someone you love very much was diagnosed with cancer, chances are you’d immediately fall back to the old loop. You need something more than yourself, something more than your willpower to get through such moments. And that something is belief.

People with alcohol addiction know this best, which is why God features prominently in the philosophy of Alcoholics Anonymous. According to researchers, it isn’t really God that matters – but the sense you get from not enduring a transformation amid stress alone. People who believe in something bigger than themselves can always admit their powerlessness and find comfort in the fact that there’s someone beside them at all times. Without belief, a reworked habit loop is only as lasting as life is kind. But to turn the new habit loop into permanent behavior, you must introduce some kind of belief in your life. It doesn’t have to include God – a friend might do just as well.

“The evidence is clear,” writes Duhigg. “If you want to change a habit, you must find an alternative routine, and your odds of success go up dramatically when you commit to changing as part of a group. Belief is essential, and it grows out of a communal experience, even if that community is only as large as two people.”

“A serious look at the science of habit formation and change,” according to The New York Times Book Review, “The Power of Habit” is, arguably, one of the best and most influential studies of the 21st century.

“Few [books] become essential manuals for business and living,” wrote Andrew Hill in a Financial Times review. “‘The Power of Habit’ is an exception.”

It’s not easy to change a habit, but with sufficient time and effort, you can unquestionably do it. Just replace the routine but keep the initial cue and the final reward; it doesn’t mind asking some supervision from a friend as well!