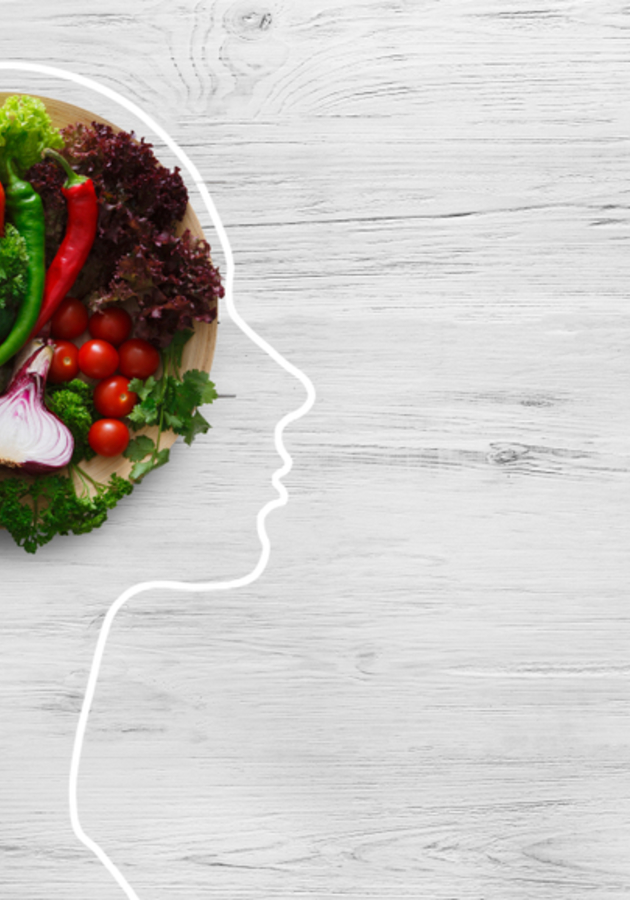 This microbook is a summary/original review based on the book: The Mind-Gut Connection: How the Hidden Conversation Within Our Bodies Impacts Our Mood, Our Choices, and Our Overall Health

‘’The Mind-Gut Connection’’ by Emeran Mayer is a scientific exploration of the ways our digestive and nervous systems converse with each other. In particular, Mayer focuses on the roles this communication plays in keeping our health optimal and what consequences we might experience if it is disturbed. So, get ready to learn more about the power of mind-gut connection!

The new approach to dealing with diseases

Traditional medicine looks at the human body as a complicated machine with a finite number of independent parts. For decades, this mechanistic perspective laid the foundation for most treatment approaches, enabling doctors to cure almost any disease by treating only the infected part. However, it turns out this disease-based treatment model has not been effective in the treatment of diseases that became prevalent over the past 50 years, such as anxiety, depression, irritable bowel syndrome, or neurodegenerative disorders. Mayer believes the first step in finding solutions to overcoming these and numerous other health challenges is to abandon the traditional treatment approaches and acknowledge the role the communication between the gut and brain has in maintaining our overall health. He says, ‘’The mind-body connection is far from a myth; it is a biological fact, and an essential link to understand when it comes to our whole body health.’’

The digestive and nervous system communicate thanks to the hormones and inflammatory signaling molecules produced by the gut signaling up to the brain, and hormones produced by the brain signaling down to the various cells in the gut, such as the smooth muscle, the nerves, and the immune cells, changing their functions.

So, our gut is much more complex than we once assumed, and its sole function is not just to process food. In fact, the presence of different types of specialized cells confirms its multifunctionality. Did you know that your gut has its own nervous system - the enteric nervous system (ENS) - made up of 50 to 100 million nerve cells, as many as are contained in your spinal cord? Apart from nerve cells, your gut also holds a great number of immune cells that protect us against potentially lethal bacteria we accidentally ingest with contaminated food and water. Next, the gut stores 95% of the body’s serotonin and endocrine cells, responsible for releasing hormones into the bloodstream.

Finally, your digestive system is home to various bacteria, archaea, fungi, and viruses (collectively called the gut microbiota), which are the crucial component in brain-gut communication.

Have you ever had stomach problems in moments of anxiety? Maybe it happened to you before stressful events, such as exams, presentations, or important business meetings. The reason your body reacts in this manner is due to the connection between your brain and gut. In fact, when it comes to emotions, Mayer says that their manifestations exist in the gut, even though we usually are not aware of them.

If this fact is hard for you to grasp, think of various facial expressions that correspond to people’s emotions. For example, if a person is mad, their neck muscles begin to tense up while their jaw clenches, lips tighten, and brow furrows. The reason why someone’s feelings are visible to others is due to signals their brain sends out to the face’s muscles that then move, depending on how they feel.

The activity of these brain circuits affects your digestive system, too. For example, if you feel hopeless, your colon contracts more slowly. If you feel anxious or fearful, your brain reacts as if you are in a life-threatening situation, and sends signals to the stomach and intestine to get rid of contents that might drain the energy needed for action. For this reason, you might need to head to the toilet before your big presentation. Interestingly, scientists understand the gut’s reactions associated with negative emotions such as anger, sorrow, and fear, whereas they know almost nothing about gut reactions related to positive emotions, such as love, bonding, or happiness.

Mayer once had a patient named Bill who suffered from cyclical vomiting syndrome. Despite seeing several gastrointestinal specialists who performed extensive diagnostic tests, Bill did not get adequate treatment of his miserable symptoms for eight years. It was not until he visited Mayer when his symptoms finally disappeared. Mayer assumed Bill had increased levels of a molecule called corticotropin-releasing factor (CRF), which sends the brain (and the body) into stress-response mode. For this reason, he prescribed medication that calms hyperactive stress circuits and the hyperarousal associated with excessive CRF release. Three months later, Bill’s symptoms disappeared.

Normal gut reactions to daily worries and stress are never a problem. However, in the case of chronic gut reactions, we should always consider whether, in Mayer’s words, our gut is ‘’a theater in which the drama of emotion plays out.’’

How your gut talks to your brain

So far, you have learned how your brain communicates with your gut. How about the communication happening in the opposite direction - from your stomach to the brain? What kind of messages does your digestive system send to the nervous system?

When you eat, your brain creates a sweet, bitter, savory, sour, or umami taste, depending on the messages the taste receptors on your tongue and mouth send to it. In addition, another set of receptors specialize in recognizing the mechanical qualities of food - the crunchiness of a carrot, the smoothness of yogurt, or the unique texture of spaghetti squash. The combination of these sensations constructs the sense of taste.

We experience a range of gut sensations daily, but we are generally aware only of those that require a response: a sensation of hunger, satiety, or a sensation of fullness in our belly. Endocrine cells  within your digestive system are responsible for telling your brain how to react to these sensations. For instance, when your stomach is empty, a special type of endocrine cell secretes the hormone ghrelin, which tells your brain to become hungry and seek food. On the other hand, when you are full, cells located in your small intestine tell your brain it’s time to stop eating.

Generally, your brain monitors cues from your gut and unites them with signals coming from other body parts to create a report of your overall health and well-being. Your enteric nervous system is responsible for gathering specific information, such as the caloric density of a meal, the presence of potentially harmful intruders, or chemical information about the content entering your digestive system. According to the report your enteric nervous system gets, it creates appropriate reactions. For example, when it detects harmful intruders such as bacteria, viruses, or toxins, it signals large and small intestines to expel the offending agent.

So, every millisecond of the day, your gut, using various sensory mechanisms, is informing its brain - and the brain in your head -  about what is taking place inside you.

What would you say if you heard that the microbiota in your gut can affect your mood, thoughts, and mind? Let’s hear a story that suggests that microorganisms in your digestive system play a critical role in the complex interactions between mind, brain, and gut.

In 2011, a 66-year-old woman named Lucy came to Mayer’s clinic because of severe panic attacks that were happening every two weeks for two years. She also had gastrointestinal symptoms, including mild constipation and discomfort in her belly. As she began suffering from panic attacks after taking antibiotics for sinus congestion and headaches, Mayer assumed they had created an imbalance in her gut microbes. Antibiotics usually create imbalances in the gut flora, and the side effects might be severe for patients whose microbiota are less diverse, which was Lucy's case. For this reason, Mayer encouraged her to take probiotics supplements to reestablish her original microbial architecture. He also prescribed Klonopin, a Valium-like medication, in case of severe panic attacks. After six months, her digestive symptoms improved, and her panic attacks became less frequent.

Lucy’s case suggests that there is a connection between gut microbiota and emotional states. Studies conducted on mice that received antibiotic treatment also confirmed a link between their anxiety-like behavior and the antibiotic-induced changes in the gut microbiota. So, what substances might the gut microbes produce that have an anxiolytic effect? Some microorganisms produce the neurotransmitter gamma-aminobutyric acid, also referred to as GAMA, which, when attached to a GABA protein in your brain, produces a calming effect. Many anti-anxiety medications, such as Valium, Xanax, and Klonopin, reduce anxiety symptoms by enhancing the effect of GABA.

Since people diagnosed with depression often also have symptoms of anxiety, microbiota may have a role in treating depression, too. Studies on rats and mice showed that the probiotic bacteria Bifidobacterium infantis reduced experimentally induced depression and anxiety-like behavior as much as the commonly used antidepressant medication Lexapro.

Even though all these cases do not provide enough evidence that probiotic microorganisms can treat anxiety and depression, they offer hope we will be able to treat mental disorders more effectively in the future.

Improve your health by targeting the gut microbiome

Knowledge about the complex chemical conversations that are happening between microbes, the gut, and the nervous system could help us detect early signs of particular diseases, including poorly understood brain-gut disorders such as autism spectrum disorders, Parkinson’s disease, Alzheimer’s disease, and depression. Additionally, it can serve us to keep our health optimal or improve it, if needed. One way to do it is to manipulate the general properties of microbial communities to our benefit. How can we do this? Mayer proposes taking the following steps:

In ‘’The Mind-Gut Connection,’’ Mayer reveals the complex universe within our bodies, making us view the world, ourselves, and our health differently. Hopefully, this new awareness will make us work toward achieving optimal health by establishing and maintaining balance within our gut-brain communication channel.

In moments of anxiety or depression, remember Mayer’s insights on the relationship between feelings and gut microbiota, and try improving your mood by eating foods rich in probiotics.

Emeran Mayer is a renowned gastroenterologist and neuroscientist whose area of expertise is bidirectional communication between the brain, the gut, and the microbiome. He is the executive director of the Oppenheimer Center for Stress and Resilience and the co-director... (Read more)