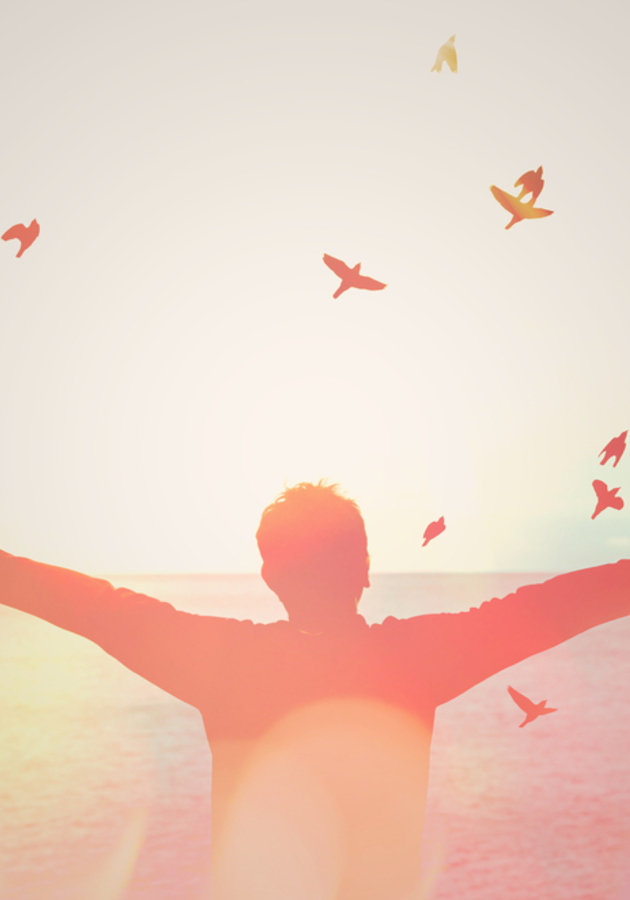 This microbook is a summary/original review based on the book: The Last Lecture

Very few books begin this way: ‘’I have an engineering problem. While for the most part I’m in terrific physical shape, I have ten tumors in my liver, and I have only a few months left to live.’’ In 2006, 46-year-old Randy Pausch was diagnosed with terminal cancer. Apart from dealing with the fact he would die, leaving his wife and three children alone, he had to find a way to spend the few months he had left in the best possible way. Therefore, he decided to give his children lessons that would help them fulfill their dreams. Get ready to find out what his message to them was.

‘’The Last Lecture’’ is a book with stories about achieving dreams that Pausch wrote to his family. It’s also the name for the series of lectures organized by Carnegie Mellon University. These lectures are held by retiring professors who speak about their accomplishments. The year Pausch found out he had cancer, the university asked him to give a speech in which he would reflect on his ‘’personal and professional journey.’’ Even though his wife tried to talk him out of doing this demanding and time-consuming task, Pausch decided to do it anyway. He writes: ‘’I knew I could cancel the lecture. Everyone would understand ... And yet, despite everything, I couldn’t shake the idea of giving the talk. I was energized by the idea of delivering a last lecture that really was a last lecture.’’

The author’s idea was to talk about life and the things that made him unique. However, it’s not always easy to determine what makes a person distinctive. After thinking about himself for a while, Pausch realized his uniqueness lied in the fact that he had managed to live out his childhood dreams. ‘’Whatever my accomplishments, all of the things I loved were rooted in the dreams and goals I had as a child ... and in the ways I had managed to fulfill almost all of them,’’ he remarks. Therefore, he decided to entitle his lecture ‘‘Really Achieving Your Childhood Dreams.”

Talking about his important life experiences in just one hour was a challenging task for Pausch. The fact this was his very last lecture made the process harder. He did not want it to be sad, he wanted it to be inspiring for both the audience and for his children who would one day watch the video of the lecture. After his success on stage, he wanted to continue sharing his stories in a written form and, therefore, with the help of Jeffrey Zaslow, wrote the book ‘’The Last Lecture.’’

Parents should enable children to fulfill their dreams

According to Pausch, his parents were a major reason he was able to live out his childhood dreams. He says, ‘’I won the parent lottery.’’ His mother was an English teacher who was strict and had high expectations for him. Pausch’s father was a medic during the Second World War. After the war, he ran a small auto insurance business. Both of his parents were charitable. His father founded a nonprofit organization to help immigrant’s children learn English. Together, they financed a student dormitory in rural Thailand, which was designed to help girls remain in school and avoid prostitution. After he was diagnosed with leukemia, his father decided to donate his body to science.

Pausch thought the most important thing his parents gave him was love. They also taught him to be modest and nurtured his need to explore, gain knowledge, and be creative. His mother, for example, never let him think highly of himself. When he would complain about something in adolescence, his mother would tell him: “We know just how you feel, honey. And remember, when your father was your age, he was fighting the Germans.”

Pausch gives a memorable example to show how his parents encouraged him to express himself in unconventional ways. When he was a teenager, he wanted to paint the room with things that inspired him. Parents permitted him to do this. Together with his friend and a sister, Pausch wrote a quadratic formula on the wall, drew a simple rocket ship, a message “Disco sucks!” and many other things that were meaningful to him at the time. Whenever guests would come to their house, his parents would proudly show them his room. Even when Pausch moved out, they left the walls intact. Pausch offers this advice to parents: ‘’If your kids want to paint their bedrooms, as a favor to me, let them do it. It’ll be OK. Don’t worry about resale value on the house.’’

What were some of the author’s childhood dreams? First of all, they were specific, which also meant they were more reachable. Similar to many other kids at an early age, Pausch wanted to become an astronaut. However, he quickly found out that joining NASA was extremely difficult. Instead of completely giving up on this dream, he just reframed it. ‘’I didn’t really want the whole astronaut gig. I just wanted the floating,’’ he says. His dream became a reality when NASA organized a competition for college students, which allowed the winning team to ride in space. The task was to submit proposals for experiments on the plane. In 2001, students guided by professor Pausch proposed a project using virtual reality and won the competition. Unfortunately, NASA did not allow faculty staff to fly with students. Yet, once again, Pausch did not want to give up on his dream. After reading the program's guidelines, he discovered that NASA did allow journalists to come along. Therefore, he decided to present himself as one, promising NASA officials he would promote the event online. They accepted him. In Pausch’s words, the lesson to learn here is this one, ‘’Have something to bring to the table, because that will make you more welcome.’’

Pausch was a big fan of Star Trek, particularly of Captain Kirk, whom he considered a role model. ‘’In fact,’’ he writes, ‘’I seriously believe that I became a better teacher and colleague - maybe even a better husband - by watching Kirk run the Enterprise.’’ He had a chance to meet Willian Shatner (a.k.a Captain Kirk) when he came to see a project Pausch and his students were building. It was a virtual reality world that resembled the bridge of the Enterprise. Pausch recalls, ‘’It’s cool to meet your boyhood idol, but it’s almost indescribably cooler when he comes to you to see cool stuff you’re doing in your lab.’’

Several years after they met, Pausch learned he had cancer. Shatner found out about his diagnosis and sent him a photo of himself as Kirk. He wrote on it a famous line from the series, “I don’t believe in the no-win scenario.”

Helping others achieve their dreams

‘’It’s a thrill to fulfill your own childhood dreams, but as you get older, you may find that enabling the dreams of others is even more fun,’’ writes the author. Pausch’s specialty was “human-computer interaction,” and he taught subjects related to this field. As he progressed in his teaching career, he wanted to take it to another level by encouraging his students to achieve  more in his classes. In 1997, he created a new course called “Building Virtual Worlds” at Carnegie Mellon. It accepted 50 undergraduates from all different departments at the university. By combining various majors, Pausch wanted to force students of various skills and interests to collaborate. In the very first year of the course, Pausch was amazed by the work of students. He says, ‘’I was especially impressed because they were programming on weak computers by Hollywood’s virtual reality standards, and they turned out these incredible gems.’’ However, Pausch knew he had to motivate them to work even more. Therefore, he told them, ‘’Guys, that was pretty good, but I know you can do better.’’ He saw the students’ work continue to improve and become more inspiring. He also noticed that many of them created creatures that existed in their childhood imagination. According to Pausch, the key to success here was teamwork. Participants of the course could achieve more together. The next project was a two-year master’s degree course that gathered art and technology graduates that Pausch co-founded with drama professor Don Marinelli.. The official name of this program was “The Entertainment Technology Center.” However, it was better known as “the dream-fulfillment factory.” Different approaches to problem-solving and teamwork made the students’ projects famous, and numerous companies offered to hire the course attendees. Professor Marinelli also took the course abroad to Australia, Korea, and Singapore. ‘’Hundreds of students I’ll never know, all over the world, will be able to fulfill their craziest childhood dreams. That feels great,’’ writes Pausch.

When you want to achieve goals, it’s crucial to be aware that time is finite. Therefore, you need to manage it well. Pausch gives a few tips on how to use time effectively.

The Nobel Prize-winning author Ivo Andric wrote: ‘’There is no need to feel sorry for me. For all of us die only once, whereas great men die twice, once when they leave this world and a second time when their lifework disappears.’’ Even though determined by the death of Randy Pausch, the book ‘’The Last Lecture’’ is more than just the last word of the author. It is an optimistic and inspiring piece of writing which, in a way, allows the author to remain present in readers’ lives.

Apart from being a great writer, Randy Pausch was also a great speaker. Check out his full speech ‘’Really Achieving Your Childhood Dreams’’ on YouTube.

Jeffrey Zaslow was a writer whose specialty was writing memoirs for famous people. He collaborated with Rep. Gabrielle Giffords and her husband, veteran astronau... (Read more)