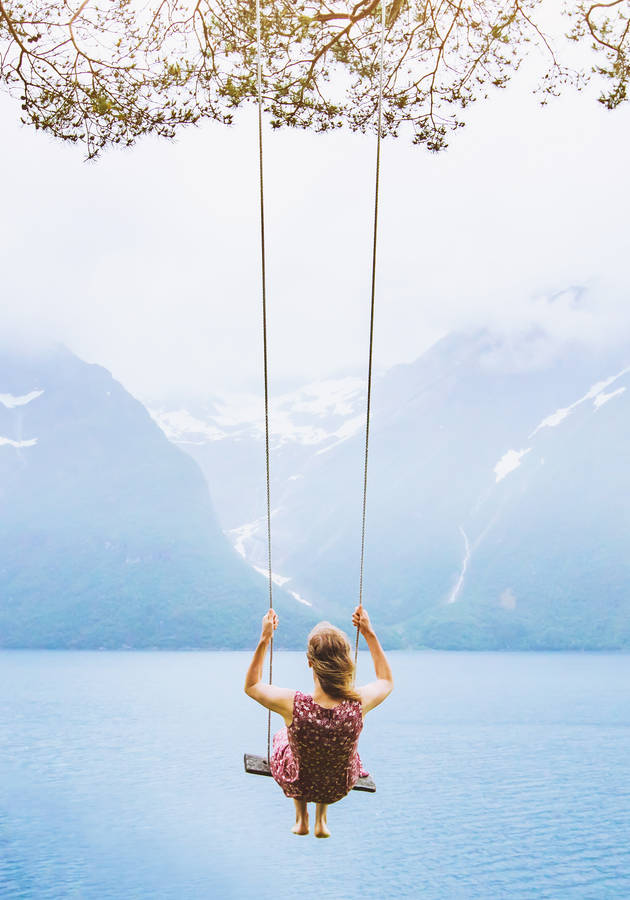 This microbook is a summary/original review based on the book: The Gratitude Diaries: How a Year Looking on the Bright Side Can Transform Your Life

“The Gratitude Diaries” by Janice Kaplan reveals the unforeseen benefits of turning the feeling of gratitude into a yearlong attitude and explores how a year looking on the bright side can transform your life. So, get ready to discover how a simple decision turned Kaplan’s life around – and learn why you should start a “Gratitude Diary” right now!

The pitfalls of comparing yourself to others

Most of us are unhappy with our lives. There is always something more that we want, something that others might have and that we feel entitled to. If only we could attain that something, life would suddenly be immeasurably better, right?

Wrong! Because a paradox lies at the heart of this line of reasoning. Namely, this feeling is universal, meaning even the ones who supposedly have it all are most likely as much as unhappy as we are. While you desperately crave for the things they have – they secretly dream about the things you take for granted.

Happiness is a relational category. In other words, if everybody around you is poor, then chances are you’ll be much happier with what you have at the moment – no matter how little that is. Don’t believe us? Well, here’s a little story for you.

Imagine a businessman taking a woman named Abby – a good friend of his – out to lunch. It’s an understatement to say that he is wildly successful since he has practically everything you can’t even dare to dream of owning. Case in point: he’s not only wealthy enough to take Abby out in a limousine, but he is also blessed with the privilege of being able to point his own name to her on the newest Forbes 400 list.

Congratulations are in order, right? Well, of course… At first. For just a few moments later, the guy suddenly explodes “in indignation when he [notices] one of his competitors listed 20 places ahead of him.” “How could that jerk possibly beat me!” – he exclaims in horror and disbelief.

This is not just another business fable: Abby is an actual friend of Kaplan, the author of “The Gratitude Diaries.” And her story is only one of the many Kaplan shares with her readers in an attempt to illuminate one of the main problems with us, humans. Put in the simplest terms, we are our biggest enemies: we sabotage our happiness daily. It’s time we stopped. Not a difficult task – you just need to follow a simple dictum. In the words of Kaplan, “never compare – just appreciate what you have.”

What natural selection has to say on the matter

“The Gratitude Diaries” is a very personal book. At the same time, it is an informal treatise, because it doesn’t merely chronicle a year in the life of the author, but it also shares the findings of numerous studies that Kaplan read during the year to scientifically support her plea for more gratitude.

In one of those studies, none other than Nobel laureate Daniel Kahneman explains why we tend to ruminate on the wrong things and tend to neglect the right ones. Strangely enough, it is precisely because of this capability that we exist at all. Sounds strange?

Well, imagine yourself living in the Stone Age with nothing but your intuition to help you make sense of the world and get by. Now, imagine coming across a bushy tree overflowing with shiny brightly-colored berries. Would you have one straight away, or would you resist the temptation? Chances are you’d probably stay away – just like you would even today if you didn’t have a phone with you and happened upon a few funny-looking mushrooms.

The reason is simple: they may be poisonous. They may be quite all right as well, but the risk isn’t really worth it, is it? It’s much safer to suppose the negative and be wrong and, as a result, squander a possibly delicious meal than to assume the positive and make conceivably the final mistake of your life.

Fast forward 50 thousand years in the future. Sure, our societies have evolved, but our basic instincts haven’t. Even today, remembering the one poisonous berry is much more important than remembering the ten tasty ones – for both you and your friends. So, just like our ancestors, we still talk about the bad things much more than the good ones – despite our problems being much more trivial and far more abstract than a deadly plant or a saber-toothed tiger. A fascinating revelation – and the one that kickstarted 2015 for Kaplan.

The case for “The Gratitude Diaries”

At a fairly dismal New Year’s Eve celebration – after hearing a woman talking about the poisonous berries in her life for hours and hours – Janice decided that she had enough. Not with that woman – but with her own grousing and grumbling and griping!

And since Kaplan knew that this was one of those epiphanies you’re bound to take nothing out of if you don’t act instantly, she decided to make a vow. She opted for one of the simplest and – as she discovered later – most powerful New Year’s resolutions one could make. Realizing that despite being privileged with a longed-for professional success and a loving family, she wasn’t that much different from that woman in terms of complaining and resolved to spend the coming year “seeing the sunshine instead of the clouds.”

In other words, she decided to become her own social scientist, choosing one area of her life to focus on every single month of the year. Kaplan started with her husband and her family – she focused on them during the winter. She then moved on to her material belongings and her career – during the spring. For the summer months of 2015, Kaplan was grateful for her health and – allow us to go a little meta – her gratitude. Finally, during the autumn months, she embraced the three C’s of life: coping, caring, and connecting.

Throughout the year, she also kept a gratitude journal. Every night, she wrote inside at least one thing she felt most grateful about during the day – and there were always things she could write about without much thinking! “We get used to something,” she writes in one place, “and then forget why it seemed so special in the first place.” Being grateful, she learns, means remembering those parts of the story.

The results of the experiment

“Living gratefully had started out as a lark,” admits Kaplan, “and once I decided to write a book, the yearlong project could have slipped into being just a literary device. But as the year went on, the project had lodged deeper and deeper into my heart and soul. I wasn’t just reporting – I was also feeling. Something changed in me. Gratitude affected how I looked at every event that happened. Being positive and looking for the good had become second nature – and that made me much happier.”

But, then again, let’s face it – you don’t need Kaplan to tell you that feeling grateful is a lot better than feeling grumpy. Neither does she need to quote literary works or scientific studies to prove the positive outcome of her experiment. Because deep down inside, you’ve probably felt the healing power of gratitude on more than one occasion yourself.

In Kaplan’s case, the healing started with her marriage. “You probably don’t appreciate what you have as much as you should,” her husband Ron said to her soon after learning of her resolution. “You do pay too much attention to what’s wrong rather than what’s right." It was another wake-up call for Kaplan.

“When you expect everything, it’s hard to be grateful for anything” – she remarks cleverly. “So, I decided that now was the time to put aside impossible expectations and start appreciating [my] husband.” After merely a few passing remarks expressing her appreciation of him, she realized that things were changing between them. To her amazement, the warm feelings between them became stronger than ever. “Gratitude,” she remembers, “was making both a lot happier.”

So, naturally, Kaplan moved on from here to the relationships with her adult children and her career. One day, when she felt ready, she instituted a “no-complaining zone.” And she stuck to it until the end. Eventually, this newfound appreciation of life gave Kaplan the necessary strength to try to reconcile with her sister, with whom she hadn’t talked in a while. It took some effort on both sides, but in the end, the two began a “new friendship,” based on “appreciating the good in the moment rather than fussing about the past.”

Epilogue, or a few words on Stoicism

Essentially, Kaplan’s life philosophy can be summed up in a single imperative sentence: “learn how to be grateful for the good things you have in your life!” But that’s only part of it: turning gratitude into attitude is also about learning how to resist the urge to control everything. And in this, Kaplan’s philosophy bears many similarities to that of Stoicism.

“If you can change something that’s making you unhappy,” she writes, “go ahead and change it. But if it’s done, gone, or inevitable, what greater gift can you give to yourself than gratitude for whatever life did bring?” That is basically a paraphrase of a famous teaching by the Greek Stoic Epictetus – “we can be most content if we focus on what is in our power.” So it’s no wonder that Kaplan names Epictetus as one of her guides through her gratitude year.

“I had started the year making myself […] unhappy by looking at what I lacked,” she writes in the conclusion of her book. “After this year, I understood that, coming from a position of gratitude, you could still want (and get) more for yourself, your family, your career, or the world. But you enjoyed more along the way.”

Kaplan’s book is a highly enjoyable amalgam of personal anecdotes and stories, unsystematic but dedicated research, and several memorable interviews and conversations with respected scientists and well-known celebrities. And all of this is tightly packed inside a life-transforming social self-experiment that we dare you to not try at least for a few days after finishing the book!

As much as these traits make the book difficult to summarize, they make it an amusing and entertaining read. And even though most subtitles are an exaggeration, the one below “The Gratitude Diaries” doesn’t overstate anything: a year looking on the bright side can indeed change your life.

If proving us wrong means that you’ll vow to live gratefully for a year – well, that’s a risk we’re willing to take. Good luck!

Stop comparing yourself to people and start appreciating the things you have in your life. There are certainly hundreds of things you should be grateful for even as you read this. Start noticing them – and your life will turn for the better.

Janice Kaplan is an American writer, editor, and producer. She began her career as a sports reporter for CBS Radio and sportswriter for the Seventeen magazine. Her first book was sports-related as well, “Women and Sports.” S... (Read more)

More books on Self Help & Motivation and Biographies & Memoirs