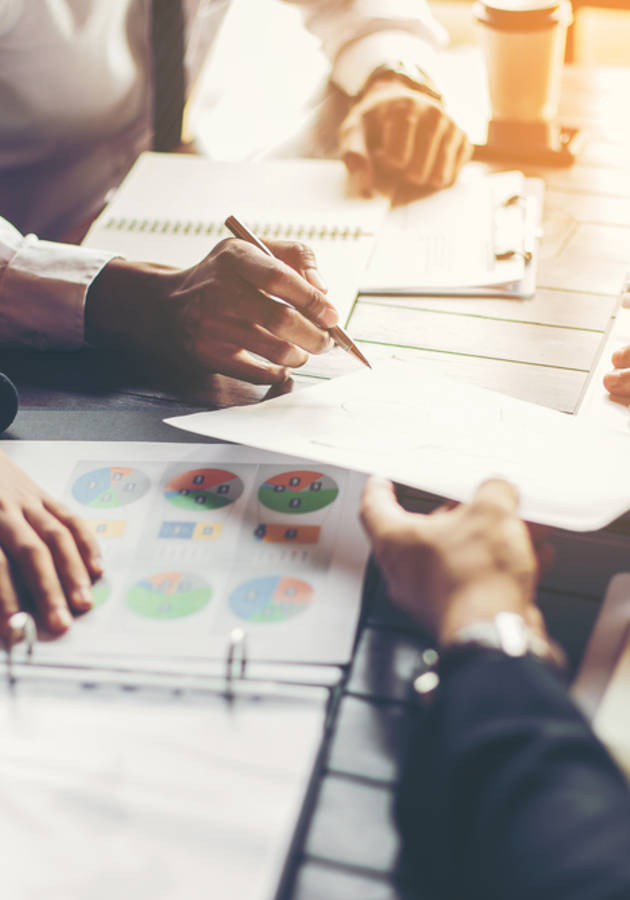 This microbook is a summary/original review based on the book: The Business of Software: What Every Manager, Programmer, and Entrepreneur Must Know to Thrive and Survive in Good Times and Bad

If there is one thing people tend to overlook when talking about software companies, it is probably the fact that, unlike companies in most other industries, these palpably (and actually) change the world of the average human being. Even more, their founders are usually visionaries who honestly believe that they can contribute to a better tomorrow, rather than just maintaining this pro forma in their mission statements, nonchalantly scribbled by barely talented copywriters.

Michael A. Cusumano – former editor-in-chief and chairman of the MIT Sloan Management Review (SMR) and currently the SMR Distinguished Professor of Management at MIT’s Sloan School of Management – has been around these kinds of companies long before anyone could realize how irretrievably they would change our world.

Having published a dozen books and more than one hundred articles and columns on topics related to information technology (IT) since then, Cusumano is today widely considered one of the foremost experts on “strategy, product development, and entrepreneurship in computer software as well as automobiles and consumer electronics.” And the book we’re about to summarize for you, “The Business of Software,” was voted one of the best books of 2004 by the Strategy + Business magazine. More than just one good reason to stay with us for the next ten or so minutes.

Europeans and Japanese – they do it differently, don’t they?

You might think that all software companies are the same, but, in Cusumano’s personal experience, that is simply not true. Yes, the goal of every software company is “to establish large and growing revenues that are recurring,” but the methods by which they try to achieve this differ from startup to startup – or, rather, from continent to continent.

European software companies, for example, think of the computer world in terms of science – mainly due to the continent’s strong educational system. To them, producing any type of software is more similar to inventing the lightbulb than to dabbling with paints in the style of Jackson Pollock. In other words, they don’t want to improvise. They want to produce one definite, final, and faultless product. That is why the applications produced by SAP – a German multinational software corporation – are not only complex but intricately detailed as well, sometimes even to the detriment of the average user.

Japanese software companies, on the other hand – mainly due to traditional East Asian values – view software creation as a sort of production challenge. To them, it’s all about the efficacy of the process: even though it is a software company, it is still a factory, so whether it’s NEC, Toshiba, or NTT, they strive to act like one.

The most famous software companies in the world – the American ones – prefer a third kind of approach, one that can be summed up in a single word: “business.” Unlike European thinkers and Japanese assembly-line optimizers, American software visionaries are like bulldozers: they found a software company with the twofold idea of changing the world while making themselves filthily rich in the process. Because of this, instead of being interested in shelling out complete products such as the Europeans, or perfecting the process of production such as the Japanese, American software companies are interested in developing “good enough” versions of innovative apps just in time to creatively disturb the market. They worry about everything else – bugs and security issues – afterward.

Strategy for software companies: four questions to ask yourself

The fact that American software companies control most of today’s IT market is evidence enough that their nuts-and-bolts business approach emerged as the best of the three, and is the one fledgling software startups all over the globe try to emulate most frequently. However, merely having a good idea and a glitzy business plan guarantees nothing more than a start. To survive in the long run, you need to have the answers to at least four fundamental questions.

No. 1. Will you offer a product or a service?

Acquired by Germany’s SAP in 2007, Business Objects became the first European software to become listed in the United States when it went public on NASDAQ back in September 1994. In the meantime, the company developed management and business intelligence programs that earned it $244 million in license fees in 2002 only. With only $3 million in costs, its gross profit margin was almost 99% for that year.

And that describes one of the best things about product-based software companies: unlike companies in traditional manufacturing and service sectors, it makes no difference to software firms whether they’d produce one version or million versions of their products. And, as Cusumano says, “if it costs you roughly the same to make one copy or one million copies of a product, you would be a fool not to want to make and sell a million copies of every product you make.” That’s what Microsoft and Adobe Systems have been doing for so many years, and that’s why they are so successful.

So, why would you want to be a service-based software company? Well, for one thing, because even though that requires more money and more people, it is something that requires less ingenuity, that is to say, you don’t need to build an innovative program yourself, just to gather enough individuals skilled in using already existing programs and offer that expertise to your clients. Moreover, offering this type of service is what helps product-based software companies survive economic downturns. And it’s not like they are not worth billions, is it? Just think of the Big Four auditors – KPMG, Ernst & Young (EY), Deloitte, and PricewaterhouseCoopers (PwC) – and you’ll get what we mean.

No. 2: Will you appeal to the mass market or a niche?

The more people need your software or software-related services, the more money you’ll earn. However, the more mass-market you’re oriented, the fewer chances you have to fight off competition since there are giants out there ready to crush you, challenge you or, in the best case, buy you. So, if you want to appeal to the mass market, you better have a great product.

Alternatively, you can choose to appeal to a niche and target a more specialized market. This action guarantees lack of competition, but unless that specialized market is bound to grow – after all, 20 years ago, design suits appealed only to a handful of users – it also pretty much limits your potential success.

No. 3: Will you reach for a horizontal market or a vertical market?

Just as in life, you’re either an expert or a jack-of-all-trades; in the IT world, you’re either interested in developing diverse programs for the horizontal market (potentially, all computer users) or specialized programs for the vertical market (say, software for the automotive industry). Of course, the former seems more appealing, but, as Cusumano says, “it is too easy to overestimate the potential of horizontal markets and end up with products that have too few customers or that are too weak to combat the competition.”

Consider the case of SkyFire Technologies, a software company that could have been the next best thing had it decided to target vertical instead of horizontal markets. Less than two decades ago, its technicians developed a technology that made it possible to move data at a faster rate over slow wireless connections, which, seeing the advent of handheld devices, many companies were trying to achieve at the moment. However, instead of focusing on a few areas and perfecting the technology in those – after all, not every application is data-intensive – SkyFire chose to target the broadest market possible. This, of course, meant fighting off fierce competition in many different areas and eventually resulted in SkyFire going broke.

No. 4: Where Will You Earn Recurring Revenue?

The question of where you will earn recurring revenue is, in a way, yet another actualization of the first question: whether you’ll become a product-based or service-based software company. If the former, a hit product is all you might need to rack up millions in just a few short months. But what about afterward? Unless you are one of those all-in gamblers, business strategies should not be about risks by definition, but about minimizing them by making future revenues a bit more predictable.

For this reason, many product-based companies evolve into hybrid corporations, becoming also providers of services related to their products and thus adding the service model to their initial product-grounded business strategies. Down this path, they can sign long-term contracts with clients interested in maintenance or updates of the original software, or even things such as employee training. Important in itself, this transformation has added benefits in terms of company growth, since the service-related contracts now become an external motivator for further perfection of the original software.

Such extra perfection creates a vicious circle, linked to higher expectations – and money – of long-standing customers, staying behind the competition is not an option anymore. Not even they, says ominously Cusumano, “will remain loyal if they believe that the vendor has stopped investing in the products and is not willing to help them incorporate new technologies.”

The American business model proved better than the European and the Japanese models in terms of overall success, but it also resulted in several quite spectacular failures, practically avoidable-by-design in the case of the other two. The disinterest of American software companies to perfect what they are selling before selling it – or rather their insistence on marketing unfinished products and unfeasible ideas – was the reason for the dot-com bubble of the turn of the millennium.

Two decades later, investors are much warier and are not at all interested in companies that go public too soon. Their interest is often in the ones that meet all of the following eight characteristics:

Despite being published in 2004 – and being a study of the nature of the fastest-changing industry of the 21st century – “The Business of Software” is only moderately out-of-date and, for the most part, seems to us as relevant today as it was 15 years ago. It just shows you how much wisdom and timeless insight an experienced thinker such as Cusumano can pack between two covers!

True, sometimes it’s even more than an average reader might be able to bear. The book sounds almost too academic from time to time (which sounds funny when the subject matter is, say, CD-ROMs) – but, even so, if you intend to establish a software startup, this is probably one of the books you should consult first. Go against Cusumano’s better judgment only on your own peril.

Sometimes it makes a lot of sense to jump first and only then to say “hop.” If software companies waited to perfect a product before making it available for the general public, we would have probably still used WordPerfect and transferred data via floppy disks. Make what you will out of that.

Michael A. Cusumano is a worldwide recognized author with 14 books and more than 120 articles and columns to his name. His book “Strategy Rules: Five Timeless Lessons fro... (Read more)