The Brain That Changes Itself - critical summary review 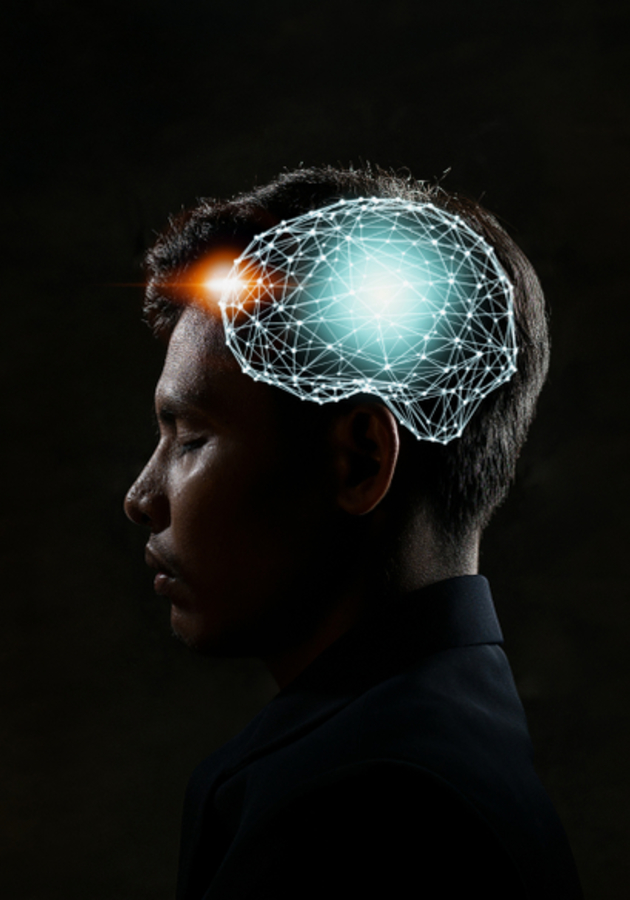 This microbook is a summary/original review based on the book: The Brain That Changes Itself: Stories of Personal Triumph from the Frontiers of Brain Science

For the longest time, it was believed that the brain remains fixed in its ways. That is why many mental and physical disorders were seen as untreatable in the past. In recent years, it has become apparent that the brain is not in fact static, but continuously changing. This neuroplasticity allows us to recover from strokes, overcome anxiety, and even allows the blind to regain their sight! So get ready to learn how to make the most of your plastic brain.

Cheryl Schiltz feels like she is always falling. She cannot stand up without support from a wall or table. Her vision wobbles, and eventually, she will fall. Even once she has fallen, the feeling of falling does not stop. Lying on the floor, she sometimes feels as if she has fallen through a trapdoor and is now hurtling down a never-ending abyss.

When Cheryl stands back up, she cannot feel the ground beneath her feet. Everything around her seems unsteady, and she feels perpetually unsettled. There is not a moment’s reprieve for her, not even when she is lying down. As a side effect of the antibiotic Gentamicin, which she was given years earlier in too large a dose, Cheryl’s vestibular apparatus stopped working. This is the sensory organ for the balance system, situated in the inner ear.

For years, scientists assumed that conditions such as Cheryl’s were irreversible. For the longest time, it was assumed that the brain is like a machine: fixed in its ways, unable to change, alter, or rejuvenate itself.

Only in recent years has mainstream science slowly accepted the idea of a plastic brain, meaning it is “changeable, malleable, modifiable.” More and more scientists discovered that far from being doomed with seemingly incurable brain conditions, the brain could be trained to heal itself. It was much more flexible than previously assumed.

For Cheryl, this meant that relief was a possibility. While many with her condition commited suicide, she volunteered to try a new sort of treatment, pioneered by neuroscientist Paul Bach-y-Rita. Through a thin plastic strip covered in electrodes which Cheryl put into her mouth, signals were sent to her tongue by an accelerometer.

The aim of the treatment was to replace the vestibular system with balance signals sent to the brain from the tongue. And it worked! Not only did the effect last throughout the treatment, Cheryl even experienced a residual effect - her sense of balance was restored for a period of time after the treatment. After a few months of training, Cheryl did not need the device at all anymore. She could return to a normal life.

How is it possible to redesign the brain, as in Cheryl’s case? To understand how this works, we need to look at the brain more closely. It is made up of neurons - the brain’s cells - which form connections with other neurons. These connections are called synapses. Each neuron in our brains is capable of forming thousands of these connections.

When, in cases such as Cheryl’s, one area of the brain stops working, the brain map can be relocated. Paul Merzenich, the world’s leading researcher on brain plasticity, demonstrated this in an experiment on adult monkeys. In one monkey’s hand, he cut the median nerve. After a few weeks, he returned to map the monkey’s brain, and saw that when touching the middle part of the hand, the brain map of the median nerve did not light up.

This means when we cease to exercise certain mental skills, we will forget them, and the brain space they occupied will be taken over by mental skills we are actively exercising. That is also why it is harder for adults to learn a second language than it is for children: by having used our native language so much, it occupies much of the linguistic map space in the brain. In contrast, young children who learn two languages at the same time develop a linguistic map space devoted to both languages.

Plasticity cannot only help to overcome physical disabilities. It can also help to stop anxiety and fight bad habits. One of the most severe forms of anxiety is OCD (obsessive-compulsive disorder). While worrying is a normal occurrence in most people, OCD takes it to a new level.

People with OCD cannot stop worrying about things, whether they are in the past, present, or future. This often results in compulsive habits such as checking the stove and lock multiple times before leaving the house or washing hands repeatedly. For some people it gets so bad that suicide seems to be the only way out. In an astounding case, a college student decided to shoot himself in the head - but instead of the bullet killing him, it caused a frontal lobotomy and effectively healed his anxiety.

You do not have to take a bullet to get rid of anxiety, however, understanding the plasticity of the brain can help. Usually, when we make a mistake, three things happen: first, we get a mistake feeling. Next, we develop anxiety which drives us to correct the mistake. And third, the brain then performs an automatic gear shift to move on from the mistake, allowing both the mistake feeling and the anxiety to disappear.

For people with OCD, the third step does not happen, which is why they continue to worry. By realizing that the brain can easily form new connections through training, it is possible to overcome anxiety. UCLA psychiatrist Jeffrey M. Schwartz developed this treatment. First of all, the patient has to give his worries a new label. He has to realize that what he is experiencing is not an attack of germs or battery acid, but of OCD.

This already creates distance from the content of the obsession. Then, the patient needs to refocus his attention on a pleasure-inducing experience instead, such as gardening. By creating a positive image in the mind, the gears are shifted away from the anxiety - and with practice, this new synapse becomes strengthened so that OCD can completely disappear.

We have seen that constantly exercising a skill strengthens the synapses in the brain. This means that the more you practice, the more that skill will be hardwired into your brain.

Another scientist studying the way the brain learns is Alvaro Pascual-Leone, chief of the Beth Israel Deaconess Medical Center in Harvard Medical School. He mapped the brains of blind people learning to read Braille for one year, five days per week. He quickly noticed a difference between brain maps on Fridays (the last day of the week) and Mondays (after a weekend’s rest).

While the Friday maps showed rapid increases, these always returned to their baseline on Monday. Monday maps did not start growing until six months into the training, when they increased slowly and eventually plateaued at 10 months. While the Friday maps showed the strengthening of existing pathways, the Monday maps reflected the creation of new synapses in the brain. They were recording the lasting changes.

Interestingly though, it does not matter whether you are actually practicing or just imagining yourself to practice: the brain cannot differentiate between what is real and what is imagined. If you were to close your eyes now and imagine the letter A, the same area of your brain would light up as when you saw the letter A written down.

Pascual-Leone tested this out when he set up two groups with exercises to learn the piano. One group was told to physically play a sequence on the piano for two hours every day for five days, while the other group was told to sit in front of the piano and imagine playing and hearing the sequence for the same amount of time.

By simply imagining the practice, the same physical changes in the motor system were produced as in the group that had actually practiced the piano!

For the longest time, it was not only believed that the brain could not change itself, but also that it could not be renewed. In the body, many cells have the ability to renew and heal: our skin can produce new skin cells, blood can be replenished, and our liver can repair itself.

But it was thought that the brain proved to be one exception to this rejuvenating process, until Frederick Gage and Peter Eriksson discovered neuronal stem cells. These are cells that can specialize into neurons or glial cells. They can, however, also continue to divide without limit, making them immortal.

This process, called neurogenesis, can strengthen our mental capacity, and reduce the risk of dementia as well as reverse age-related problems such as memory loss. Neurogenesis is, in part, triggered by new environments. So by going outside or travelling to a new place, you are effectively rejuvenating your brain!

New stem cells are created when we do physical exercise as well. You can also extend the life span of your existing neurons through mental exercise or learning. Dancing, for example, is challenging in both regards. The example of Dr. Stanley Karansky, 90 years old, shows what effects mental practice can have. Karansky was a participant in a series of mental exercises prepared by researcher Paul Merzenich.

After only seven weeks of using an auditory memory program, Karansky noticed that he was more alert, fitter, and found it easier to talk and write. So growing old does not mean losing all your abilities, as was assumed for a long time. Just look at people like Frank Llloyd Wright who designed the Guggenheim Museum aged 80, or Benjamin Franklin, who invented the bifocal eyeglass lens at the age of 78.

The human brain is not like a machine. It is plastic, spontaneous, and always changing. It can heal itself by forging new connections and rejuvenate itself with the help of neuronal stem cells. The brain’s plasticity can help to overcome strokes and other physical limitations and can even help you to learn new skills by simply imagining them!

Start doing some mental exercises to keep your brain alert and young - how about learning a new instrument or language?

Norman Doidge, M. D., is a psychiatrist and psychoanalyst. He is also The New York Times bestselling author of “The Brain That Changes Itself” and “The Brain’s Way of Healing.” He holds a medical degree from the... (Read more)

More books on Science and Psychology