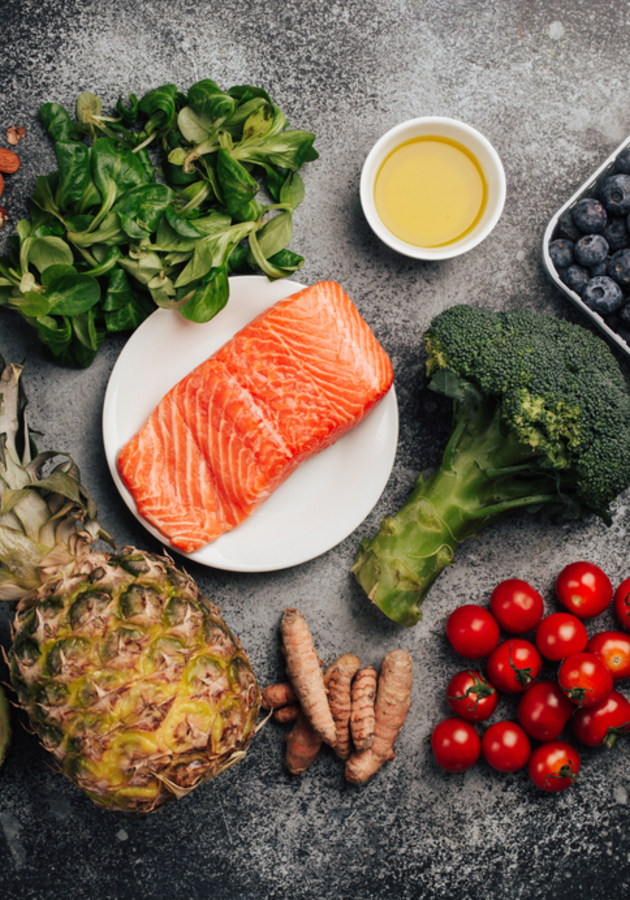 This microbook is a summary/original review based on the book: The Big Fat Surprise: Why Butter, Meat and Cheese Belong in a Healthy Diet

Are you constantly counting calories and trying to avoid fatty foods as much as possible? Well, this might be the wrong way of looking after your health and weight, as Nina Teicholz suggests. She believes that the food industry in the U.S. has avoided to take some food scientists seriously who have proven the benefits of eating foods high in saturated fats, such as dairy and meat. Instead, Americans have been driven to eat excess amounts of carbohydrates and sugar, which Teicholz believes is detrimental to the health of the U.S. population. So, get ready to learn all about the benefits of consuming saturated fats!

Teicholz first discovered the benefits of eating meals high in fat when writing a restaurant column for a small paper in New York City in 2000. Since her assignment did not cover meal expenses, she would eat whatever the chef sent her. Previous to this job, she, like most Americans, had followed the common dietary guidelines of eating fruits, vegetables, grains, and only lean meats – avoiding saturated fats as much as possible.

But then, she was dining on foie gras, pâté, and cream sauces of all kinds – and quickly realized that she felt much better than before. What’s more, she even lost the 10 pounds she had been trying to get rid of for years! She also did not experience any negative change to her cholesterol levels. This led her to realize that the low-fat diet had been introduced to stave off heart disease and rising obesity levels, and yet, her personal experience showed that a high-fat diet was good for her.

That was how she embarked on nine years of research for “Big Fat Surprise,” interviewing many nutritional experts in the U.S. and many abroad, reading thousands of scientific papers and attending conferences on nutritional science. Her research showed that not only was the obsession with reducing fat in diets slightly off track, but actually completely wrong, based on weak links that had never been adequately proven.

This is not unusual in nutritional science: most research is very difficult to undertake since the studies used to try and measure how people’s dietary habits affect their health can only ever create a weak link between the two factors. There are many other aspects that can affect a person’s health, and that is why any links nutritional scientists discover are weak, at best. Nutritional researchers, therefore, need to compromise. And according to Teicholz, that is how nutritional policies came to fail – by hastily drawing conclusions from weak research, resulting in recommendations for a low-fat diet.

Even though this diet has been adhered to since the 1970s, the health of Americans has grown steadily worse. Back in 1961, one in seven adult Americans was obese, while in 2001, this number was at one in three. Diabetes has risen from less than 1% in the adult population to more than 11%, and heart disease has remained the leading cause of death among adults.

Teicholz believes that a diet focusing on consuming more saturated fats that are found in dairy, eggs, and meats are not the cause, but the cure for heart disease and other health problems. So why does mainstream scientific advice recommend the opposite?

A high-fat diet is good for you

The benefits of a high-fat diet are nowhere better observed than in cultures who have largely retained their traditional ways of living and eating. In 1906, the anthropologist Vilhjalmur Stefansson decided to live with the Inuit in the Canadian Arctic for a year. He followed his hosts’ diet of eating exclusively caribou for six to nine months of the year, then a few months of eating nothing but salmon, and a month of only eating eggs. Around 70% to 80% of the calories in the Inuit diet came from fat.

Moreover, Stefansson observed that the Inuit would only eat the fattiest part of the animals, leaving the leaner meat for their dogs. Upon his return to New York City, Stefansson and a colleague of his decided to undergo an experiment for a year: they would eat nothing but meat and water. They did so under medical observation, and in the entire period of following this diet, Stefansson got ill only once, when he had been encouraged to only eat lean meat without fat. His symptoms were quickly cured by a dish of brains fried in bacon fat.

The two men did not even contract scurvy since they ate all parts of the animal, including the bones, liver and brain which are high in vitamin C. For calcium, they would chew bones as Stefansson had seen the Inuit do.

Similar health benefits of a high fat diet have also been observed among the Masai and Samburu people in Kenya, who would enrich their diet of fatty meats by drinking milk. Their blood pressure and weight were shown to be around 50% lower than those of their American counterparts. This did not change with age, prompting the insight that, after all, health did not have to deteriorate when getting older.

This was what had started the diet craze in America in the first place: An attempt to try and reduce deteriorating health as a natural occurrence of aging.

The myth of unhealthy saturated fat

Cholesterol has always been a central factor of discussion in research on heart disease. Cholesterol is a yellow waxy substance that is a crucial component of every cell membrane. It is found in the highest concentrations in the brain. However, it is also a primary part of atherosclerotic plaques, a plaque that builds up in arteries and blocks the flow of blood, much like rust in a pipe would eventually choke up the flow of water. In the 1950s, it was believed that reduced blood flow was the cause for heart attacks. It was only later that doctors realized that heart attacks were much more complicated than that.

To find the cause for heart disease, Keys turned to another set of nutrients instead: the lipids, or different kinds of fat. In a series of ethically questionable experiments Keys conducted on male schizophrenic patients in Minnesota, he fed patients a diet ranging in fat content from 9% to 24%. He discovered that lower-fat diets were slightly better in lowering cholesterol levels than higher-fat diets, but his experiments had only been conducted on 66 people. Even still, Keys confidently claimed that cholesterol levels were caused by fatty diets. This was later amended to being caused by saturated fats – a myth that still persists to this day, even though it has never been conclusively scientifically proven.

Fat in food is also often mistakenly equated with fat in the body, but again this is a misconception: the two actually mean very different things. Still, slimming fat will probably always sound like an oxymoron to us.

Effects of a low-fat diet

Since the 1950s, leading U.S. health and nutritional institutions have consistently recommended us to cut saturated fats and cholesterol from our daily diets as much as possible. This involves cutting down on whole milk, butter, eggs, and meat. In the 1970s, this was extended to banning all kinds of fat – but just two years before recommending this, the American Heart Association (AHA) had actually warned against reducing fat since it would likely lead to an increase in carbohydrates in the American diet. Refined carbohydrates in the form of sugary snacks were seen as especially dangerous.

And that is exactly what the low-fat diet has achieved – while most people have stopped consuming great amounts of fatty food, these have been replaced by large amounts of carbohydrates such as bread, pasta, and cereal, as well as sugar.

Moreover, while the new diet was originally targeted at middle-aged men in order to bring down their cholesterol levels, eventually the dietary recommendations were extended to the entire population, including women and children. The diet had never been tested on those segments of the population, and no one knew how it would affect children. But at the time, the mistaken assumption that cholesterol brought about heart disease had taken such hold that people wanted to prevent cholesterol buildup as early as possible – even though there was no conclusive evidence that cholesterol levels were even building up before reaching adulthood.

In fact, quite the opposite is true. And the introduction of a low-fat diet for children has repeatedly been shown to be detrimental to their health: one study by biochemist Andrew Prentice linked the low-fat diet to growth failure in children. Moreover, the Cochrane Collaboration showed in another study that there is no apparent link between avoiding fat and avoiding heart disease in children, not even in those children who have a genetic predisposition for heart disease.

The benefits of saturated fat

While it’s true that cholesterol has been linked to heart disease, it is actually more complicated than that. In the 1980s, it was discovered that cholesterol could be divided into two categories: HDL and LDL cholesterol. And here’s the twist: only one of those was proven to be bad for your health, while the other was actually shown to improve your health!

Contrary to these discoveries, mainstream dietary advice has continued pushing people toward consuming more carbohydrates and more sugar. As a consequence, the health of Americans has further deteriorated: while Americans increased their consumption of carbohydrates by nearly 25% between 1971 and 2000, the numbers for obesity and diabetes are higher than ever before.

Teicholz also argues that while deaths from heart disease have gone down since the 1960s, this is probably down to improved medical treatment and not due to the fact that there are less cases of heart disease now. She believes that the only way of improving the health and well-being of the American population is by reviewing the existing evidence on the impact of saturated fats and by finally recommending a high-fat diet to all Americans.

According to Teicholz, the mainstream food industry has been heavily influenced by a mistaken assumption that cholesterol and saturated fats cause heart disease. According to her, quite the opposite is true: Since saturated fat has high contents of HDL-cholesterol, it can actually help to reduce the risk of heart disease and even help you lose weight.

Teicholz has been heavily criticized by mainstream nutritional science for her opinions on the benefits of animal fat. She has also been accused of being an ally of the meat and dairy industry.

If you are interested in trying a high-fat diet, try the Atkins diet, developed by American physician and cardiologist Robert Atkins.

Nina Teicholz is an American journalist and an advocate for high-fat diets. She holds a degree in American Studies from Stanford University, and a postgraduate degree in Latin A... (Read more)