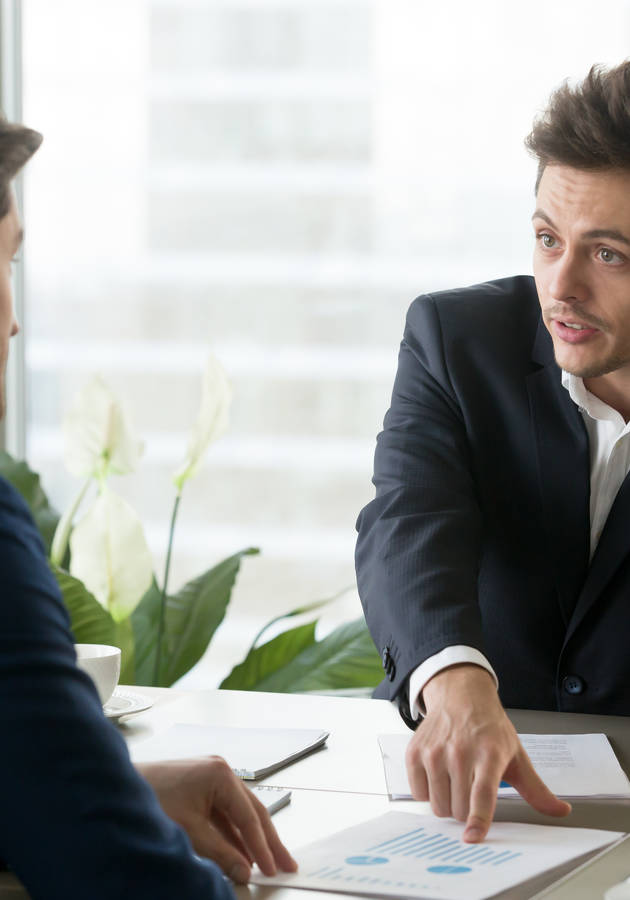 This microbook is a summary/original review based on the book: The Advice Trap: Be Humble, Stay Curious & Change the Way You Lead Forever

You may think that advising your friends or your co-workers is a difficult endeavor, but it's one of the things you do most often and with the utmost ease. It’s not giving advice that is hard and rare: simply put, you just can’t help telling people what to do. And you should – because great leaders rarely do.

In “The Advice Trap” – a follow-up to his debut work and runaway bestseller, “The Coaching Habit” – Michael Bungay Stanier reveals the why and the how’s of becoming more coachlike. “It is a manual, a playbook, a studio, a dojo,” he writes, “that digs deeper into what it takes to change your behavior.” And just like its companion, it is all about making you a better and more humane leader and a more capable and qualified manager of people.

So, get ready to learn “why saying less and asking more matters” and prepare to acquire the tools necessary to “make curiosity an everyday leadership behavior.”

You need to escape the advice trap

People love to give advice: in fact, this may be one of the things that make us human. It’s almost impossible for us to simply listen to someone else’s complaints and merely be curious about their feelings: as soon as they start talking, we’re already planning how to help them. It’s almost as if there is some kind of an ‘advice monster’ lurking somewhere in the vast jungle of our subconscious, ready to jump out the very second someone says something to us. “I’m about to add some value to this conversation!” – it declares. “Yes. I. Am!”

Good intentions aside, there’s a big problem with this type of behavior: it typically helps no one. Not you, not the person you’re talking to. And for a very obvious reason: most of the time our advice doesn’t actually work. We’re either solving the wrong problem because we love to jump in as soon as the first challenge is mentioned in a conversation, or we’re proposing a mediocre solution due to our inherent biases and a severe case of ‘first-idea-itis’ – a common organizational disease that manifests itself in the form of going with “the first solution that sounds feasible and not too weird.”

However, since we can rarely observe the actual effects of our guidance – and since the ‘advice monster’ preys on hitches and glitches (of which there is never too little) – we keep blurting out not-nearly-as-good-as-we-think solutions to all kinds of problems.

And this, in a nutshell, is how the advice trap works: you’re ensnared into constantly advising, although this produces barely any results. In fact, as a management style, advice-giving is not only ineffective, but quite harmful indeed, and you’re sure to experience the damage in the long run. With advice-givers doing the job for the demoralized and overdependent advice-receivers, team effectiveness will be compromised, and the possibility for organizational change will be limited. Much more than a quirk, the ‘advice-giving habit’ (‘Agh!’ for short) “entrenches the status quo of hierarchy,” leaching innovation and modernization, while reducing the company’s agility, flexibility and capacity to scale.

How to tame your advice monster

Escaping the advice trap and taming your advice monster is not easy: it will require you to alter the way you fundamentally see and experience the world.

Now, we know that people usually say that every change is difficult, but, most of the time, it is not: learning a new route to work, getting the hang of your new job, acquiring different habits in your latest relationship – none of that is actually problematic. This is ‘easy change’, and it is not the type of challenge you’re facing here. Escaping the ‘advice trap’ is a form of ‘hard change’, similar to keeping some of your New Year’s resolutions: it requires a lot of effort and willpower, and many months – even years – of wholehearted dedication. Easy change is additive and tinkers with the present you, while hard change is volatile and builds out the future you. The former resembles downloading a new app to your smartphone; the latter, installing a new operating system.

But don’t get too confused by the wording: becoming a better leader doesn’t mean uninstalling your advice monster; you simply need to modify it. Or, in the words of Bungay Stanier, tame it. This can be achieved via the following 4-step process:

How to stay curious longer

Taming your advice monster is merely the first step of becoming a good leader. And now that you know how to resist the temptation of jumping to suggestions in a knee-jerk fashion, it’s time you learned a few more specific and precise tools to help you stay curious even longer.

Coaching in 3 principles and 7 questions

Being curious is one of the three foundational behaviors of a coachlike person. The second is being lazy about taking action and solving other people’s problems, while the third is being coachlike often. Coaching, simply put, should not be “an occasional, hierarchical, formal event,” but an aspect of your behavior: practice it in person, in meetings, on the phone, and even on Slack.

To deliver on these three principles – as already elucidated in “The Coaching Habit” – you need to know seven short and simple questions:

In reality, these seven questions often come in three powerful pairs: “the focus combo” joins the second and the third question, “the bookends combo” gets things going with the kickstart question and rounds them up with the learning question, while “the awe combo” suggests asking the awe question as a follow-up to the foundation question – or any other question, really.

Uncover the real challenge: see through the 6 foggy-fiers

The focus question is powerful in yet another sense: it is “the master key in solving the Foggy-fiers.” Wondering what’s a foggy-fier? It’s something your advice monster feeds on, a pattern of conversation that stops you, as a coach, from getting clear on what matters and discovering the real challenge of a situation. There are six foggy-fiers:

Fortunately, countering each of these six foggy-fiers is as easy as 1-2-3: first, identify them, then say them out loud, and, finally, ask your coachee the focus question.

Use TERA to seal the exits

The tougher a conversation gets, the more resolutely the brain will want to leave it. It’s the old “fight-or-flight” reflex: the closer the punch, the more agitated one is to opt for one of the two choices. Your job, as a coach, is to keep the other in the conversation way past the first punch – and until the fight is over. A good way to seal the exits is by using Bungay Stanier’s trademarked TERA strategy.

TERA is an acronym for “the four drivers that the brain weighs to determine if a situation is safe or not”:

The more accepted, insightful, important, and autonomous the coachee feels, the more likely the interaction will hit the expected targets. To improve your chances, use these four mantras, and successfully manipulate the neuroscience of engagement:

How to master your coaching habit

Merely taming the advice monster and becoming more coachlike is a success in itself. After all, this is a hard, fundamental change, and the benefits of the transformation are too numerous to list. However, the journey shouldn’t end there. The journey should never end – and that is probably the essence of mastering the coaching habit.

So, never stop learning. Read books, listen to podcasts, watch YouTube clips. Also, strive to be generous and vulnerable: the more welcoming and openhearted you are, the better leader you can become. Finally, don’t just stop giving advice: escaping the advice trap was never about that. It was about learning how to give the best advice in the right way and at the right time.

And to achieve that, don’t ever forget the four Ds: define the context and diminish your assuredness when it’s not the right moment, but deliver your advice in a fast, clear, and bold manner when it is. Afterward, debrief it and see if your advice has solved the problem. Otherwise, it was never advice, to begin with, was it?

A fast and practical read, “The Advice Trap” picks up where “The Coaching Habit” left off, and adds a few more “how’s” to the process of becoming more coachlike.

More importantly, it demonstrates – once again – why Michael Bungay Stanier was short-listed for the coaching award by Thinkers50 and was named the No. 1 Thought Leader in Coaching for 2019.

Even though hard change will always be difficult by definition, books like “The Advice Trap” certainly make it a bit easier.