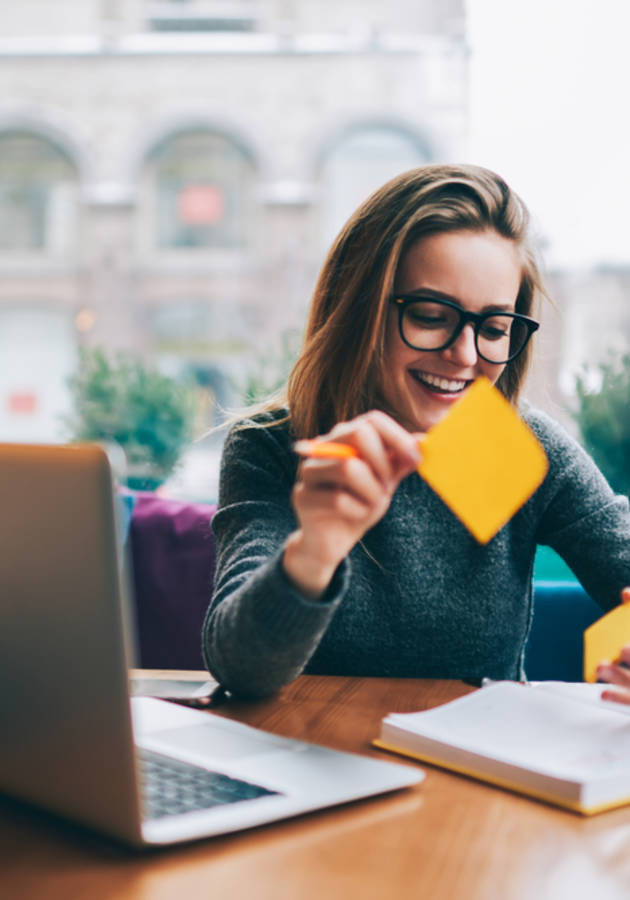 This microbook is a summary/original review based on the book: The 8th Habit: From Effectiveness to Greatness

In the three decades since it was first published, in 1989, Stephen R. Covey’s “The 7 Habits of Highly Effective People” has reached two milestones that have transformed it from a brilliant self-help book into a historical curiosity. Namely, the book is not only one of the few to sell over 25 million copies of its paperback edition, but it is also the first nonfiction book in history to sell over a million copies of its audio version!

Three things contributed to the book’s exceptional success: its straightforwardness; its comprehensive structure; and, most importantly, its against-the-grain thought model, which supplanted the outmoded independence-striving “personality ethic” with an interdependence-based “character ethic.”

A quarter of a century after “The 7 Habits of Highly Effective People” was first published, Covey felt that he needed to make a small update, or, rather, to provide his new readers a book-length bridge between the “complete framework of universal, timeless principles” that are the seven habits and “the central challenge of the new Knowledge Worker Age.”

The challenge, as implied from the subtitle, is the following: being highly effective is not enough for this age. The world has changed, and what it needs to flourish is the entirety of you: an authentic, passionate person dedicated to living their life to the fullest and enthusiastic about making significant contributions.

“The 8th Habit” is all about making that final step forward, that stride toward the top, that move from effectiveness to greatness. Or, in Covey’s words, “it’s about finding your voice and inspiring others to find theirs.”

Join us to find out how!

The nature of your voice

First things first: let’s define what Covey means by “voice.” Intuitively, you can already feel the meaning of the word. It’s what can be found in the innermost you, what you really are, what separates the people who run with a smile to their jobs from those constantly saying things such as “I’m stuck in a rut,” “I’m bored” or “I’m not making a difference.”

Voice is the antonym of this kind of frustration and stress. It is, in Covey’s explanation, “unique personal significance,” one revealed only when we face our greatest challenges and that “makes us equal to them.”

Your voice lies in the nexus of four aspects of your personality:

All in all, when you engage in work that fuels your passion and taps your talent, and when that work rises out of a real need in the world, and when your conscience draws you to meet this need both for you and other people – well, we’re happy to say, you’ve found “your voice, your calling, your soul’s code.”

Unfortunately, if you are like most people, you live a life of pain and frustration, rather than one of true fulfillment, relevance, significance, and contribution.

The first step toward mending this, Covey says, “is discovering your voice.” The second step is expressing it by aligning your life choices with it.

As you might have deduced by now, discovering your voice is something synonymous with understanding your true nature. And understanding your true nature begins with you becoming aware of your three “hardwired,” magnificent, and mostly unopened birth-gifts: your freedom to choose, the natural laws or principles, and your four intelligences/capacities. Let’s have a look at all of them.

Our first birth-gift: the freedom to choose

It’s difficult to overstate how important this first birth-gift is. Covey justly notes that it is the second greatest of all imaginable, next to life itself!

“Fundamentally,” he goes on, “we are products of our choices.” And as much as our nature (genes) and nurture (upbringing, environment) influence us, they do not determine our destiny – and that’s immensely important.

Because it means that we are self-determining – and this may be the essence of being human: unlike animals or “robots” who can only react, humans are capable of acting.

For us, between the stimulus and the response, there’s always a little space wherein lies our freedom to choose. In other words, no matter what it looks like, we always have a choice how to react. Saying that we don’t is just an excuse, just another way of saying that we’ve made the wrong choice. You don’t like your position in your company? Why don’t you talk to your superior for a promotion instead of claiming that you’re stuck there?

You don’t like your company altogether? Why don’t you try updating your résumé while signing a resignation letter instead of writing on Facebook how bad your boss makes you feel? Not to make you feel bad or anything, but don’t forget that you’re free to make either choice. You’re just making the wrong one.

Even though it is always there, everyone’s freedom of choice is limited one way or another. For example, even if you wanted to, you wouldn't be able to change your mind at the fifth story once you've jumped off a ten-story building. Gravity is a natural law that you can’t break and one that  controls the consequences of your actions – whether you like it or not.

Likewise, no matter what type of positive mental attitude you have, chances are you’ll never break Usain Bolt’s 100-meter record, for the simple reason that they are natural limits to your physical and muscle conditioning.

To move toward the less tangible but more important, even if you don’t believe there are such things as universal right and wrong, you intimately feel betrayed if someone gives you a promise and then breaks it without explanation.

This is an example of what Covey calls a natural principle. According to him, things like respect, honesty, kindness, integrity, service or fairness delineate the outcomes of our actions in much the same manner as gravity. They too are universal, timeless, factual, objective, and inarguable.

Expressing your voice: cultivate the highest manifestations of your intelligences

Now, each of the four intelligences mentioned above can be developed, and, through persistent effort and inner struggle, even expanded and cultivated to its highest manifestation:

These four are the loudest expressions of your voice and are what marks out the lives of all great achievers throughout history. All of them had vision, discipline, passion, and conscience. Lacking either of these four is lacking too much to be a great achiever.

According to Covey, the only thing you need to kick things into gear and start leading a more balanced, integrated, powerful life attuned to these expressions of your voice is making four simple assumptions:

In one of the many appendices attached to the book, Covey goes even further in detail and offers several straightforward pieces of advice. According to him:

o The cultivation of self-awareness so that a person can make assumptions explicit and think “outside the box” and outside the comfort zone.

o Learning by teaching and by doing.

o Beginning with the end in mind, habit No. 2, develops personal motivation.

o Seeking first to understand, then to be understood, habit No. 5, cultivates both empathy and social skills.

o The aforementioned skills are further improved by thinking win-win, habit No. 4, and synergizing, habit No. 6.

Inspiring others to find their voice

Even though all of us are free to choose paths of our own – and, thus, any of us can start developing the four intelligences right away – somehow, we’ve ended up stuck inside a culture of blame, operating under the collective mindset of victimism.

In other words, we’re constantly pointing fingers, blaming others for our misfortunes and failures, instead of recognizing and embracing our three birth-gifts and cultivating our four intelligences following the natural principles. That is the first step toward personal greatness, toward becoming a whole person. However, it is certainly not the last.

Because once one becomes a whole person, it becomes their duty, via the natural principles, to start inspiring others to find their voices. And this is what differentiates leaders from the rest of us: they use their vision, discipline, passion, and conscience to make others achieve personal greatness.

The greatest among them restructure their organizations in such a manner that it makes it easy for all of their employees to find their voice – and this is the challenge of our times.

And this, in turn, is what will get them a place inside the history books of tomorrow.

Almost Sartrean in its insistence on our duty to use our freedom of choice to achieve authenticity, Stephen Covey’s “The 8th Habit” does add another dimension to the timeless framework extrapolated in “The 7 Habits of Highly Effective People.” And it does so in such a structured and organized manner that this book should prove not only appealing but also easily memorable and applicable.

Vision, discipline, passion, and conscience – these are the highest manifestations of your four intelligences and, thus, your voice. Organize your life so as to attain each of them and, thus, achieve greatness.

Stephen Richards Covey (1932-2012) was a businessman, professor, and best-selling author. He had a degree in business administration and a doctorate in Religious Education. He is widely known as the auth... (Read more)