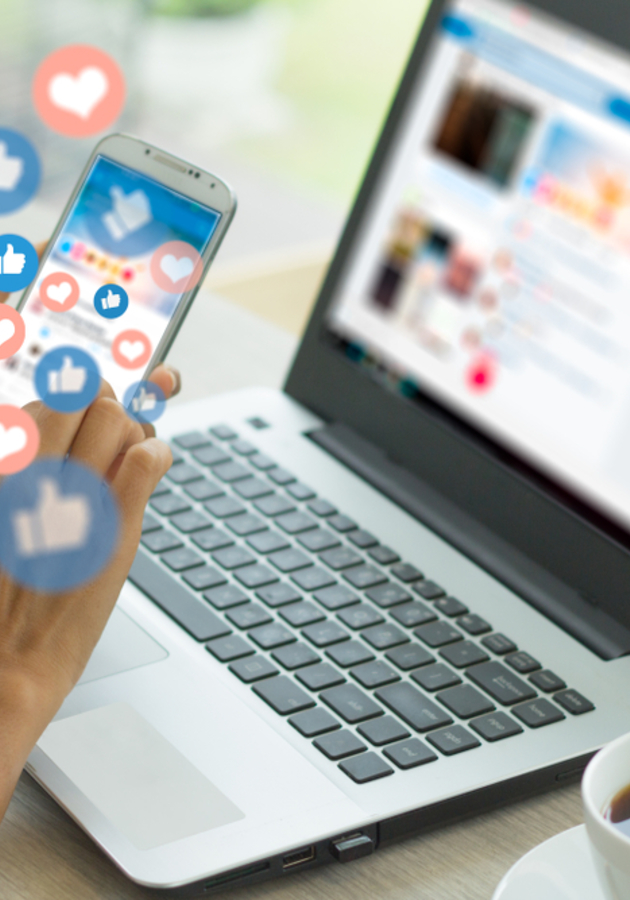 This microbook is a summary/original review based on the book: Ten Arguments for Deleting Your Social Media Accounts Right Now

Social media has changed the way we interact with each other and how we use the internet. Facebook, Twitter, Instagram, and others are many people’s daily companions. But for all the good they do, they are also extremely addictive. Jaron Lanier presents 10 arguments why you should get rid of your social media accounts right now. Get ready to learn about the darker side of social media!

Argument 1: you are losing your free will

With the introduction of the smartphone, many people now voluntarily walk around with a device in our pockets that tracks everything they do. These devices track where we go, what we eat, whom we see, how quickly our attention wavers, and so on. We have essentially agreed to spying on a massive scale. As if that were not enough, the social media platforms we use on those devices have access to our data and companies can use it to manipulate us.

Social media creates feedback loops for you, the consumer. It manipulates you psychologically by giving you a dopamine hit every time someone likes your picture or comments on your post. And this creates addiction. As Lanier says, “Addiction gradually turns you into a zombie. Zombies don’t have free will.”

Social media changes the way you behave. Facebook and other social media giants make money out of behavior modification since they gather data about you and send you targeted ads and content. Don’t be a zombie and instead, delete your accounts!

Argument 2: quitting will help you resist the insanity of our times

It can be easy to blame the internet or technology for the problems our society is facing. In fact, the problem is social media companies, or BUMMERs (Behaviors of Users Modified, and Made into an Empire for Rent) as the author likes to call them.

The BUMMER machine consists of several components. It focuses on attention acquisition, meaning the only reward for people on a social media platform is attention. Users are perpetually spied on and the data gathered is then used to cram content down people’s throats, as well as to manipulate people’s behavior. Using statistical data can, for example, result in algorithms suggesting cynical posts being presented to you before an election, as those posts have resulted in other people similar to you not wanting to vote anymore.

Out of all this manipulation, BUMMERs then earn money from politicians or brands. Finally, BUMMERs also often make use of fake people (bots or AI) to enhance their manipulation. When you use social media, try to avoid BUMMERs like Facebook or Google.

Argument 3: you are turning into an asshole

The way social media works ensures that it brings out the worst in people. The author calls this “asshole amplification technology.” According to Lanier, every person has two sides to their personality: solitary vs. pack. When we are in solitary mode, we are free - we are focused on ourselves, we become creative, we embrace life.

In pack mode, we become focused on the group. Our individual freedom is not important anymore. Instead, we are preoccupied with the pecking order and power struggles. That is exactly the mode we are in when we are using social media. Seeing the world purely in terms of power struggles also explains why some people are so susceptible to climate change denialism.

BUMMERs erase your individualism, and you are more likely to lash out at other people. Even if you don’t delete your social media account, when you realize your inner troll is coming out, step away and take a break from social media.

It has become generally accepted that we live in a post-truth world. Fake news abounds and it can be difficult to tell the truth from the lies. Social media helps create and perpetuate fake news and conspiracy theories. The content you see on social media has often been sponsored by large corporate institutions, so it is biased. Platforms governed by economic incentives do not have truth as one of their leading principles, says Lanier.

Furthermore, on social media you become so obsessed with social status competition that you can become blinded to a broader truth. What makes matters even worse are fake people online. Maybe you have bought something because it got a lot of positive reviews. Or you watched a video because so many other people did..

Often, these reviews were created by fakes: bots or algorithms retweeting or recommending videos. If your peer group contains a lot of these fake people, you are being manipulated without even realizing it. Social media, at least partially, turns you into a fake person.

Argument 5: what you say becomes meaningless

Meaning always comes from context. But anything you post online is devoid of context, and therefore becomes meaningless. Lanier says one of the most common extreme examples for this is when women and girls try to express themselves online. More often than not, what they say is taken out of context and either sexualized or put into a violent framework.

Since we have grown so used to social media, we have given up our connection to context as a result. Whatever you post online will be put into context only after you have said it. Culture becomes shallow and predictable. To be heard at all, people resort to posting crazy and extreme stuff, as this is most likely to survive without the necessary context.

Next time you put something online, remember that you only have a tenuous connection to the context in which your words will be read.

Argument 6: you lose your capacity for empathy

What you say online becomes meaningless, and others do as well. You slowly lose the ability to understand other people. BUMMERs always create content that is unique to you. Since you cannot see the content another person receives, you do not know how much their views have been shaped by their personal BUMMER content.

At least with TV, you can switch channels and watch what other people watch as well. You could, for example, tune into Fox News, which might help you understand how Trump supporters feel, and why they say what they say. That is not possible with the personalized content of social media.

As humans, we rely on social perception. We get our bearings by looking at other people’s reactions. This is dangerous in the highly personalized world of social media – algorithms lump us together with like-minded people, and that is how conspiracy theories spread. In one extreme case, a person fired a shot in a pizza parlor because a rumor had spread online that there was a child sex ring operating from the basement.

Being constantly exposed to social media makes us lose our ability to have a theory of mind, the ability to understand another person. Without that, no society can function.

While social media claims to be designed to connect people and create happiness, research reveals that actually, the opposite is true. Social media has brought about a heightened sense of isolation, and Facebook has even bragged about its ability to make people sad.

You might think Facebook would not want that association, but you are forgetting that you, the user, are not the customer, but the product. The customers are the brands or politicians or corporations who build on Facebook’s ability to manipulate you. And negative emotions are much easier to utilize than positive ones.

There are several ways in which social media can make you unhappy: maybe you are spending less time with your family in proportion to the perfection of your online family life representation. Or maybe you are losing your self-esteem, even though you are expressing yourself. You might even be making a traumatic experience worse by using social media.

Argument 8: you lose your economic dignity

With the rise of BUMMERs have come a rise of the gig economy, which many people depend on to make a living. It gets harder to plan your life with this lifestyle, and you feel more financially insecure. At the same time, however, a small group of entrepreneurs working in the computation hub are becoming incredibly wealthy. The gap between the rich and the poor is widening.

Lanier says the business model of social media is absurd, if you think about it. To get any of the benefits, we agree to become subservient. We don’t even question this model anymore! Take Uber as an example. The people who own Uber get richer and richer, while the ones doing the work, the Uber drivers, have less security than traditional cab drivers, and are spied upon as well.

Politics are made impossible by social media. Before BUMMERs, the consensus was that once a country became a democracy, it would stay that way and become more democratic in time, such as increasing rights for women, LGBTQ people and people of color.

But recently, voters around the world, including in the U.S., have chosen to negate themselves by electing authoritarian-leaning leaders. Lanier says this is because of BUMMERs getting involved in election processes.

One of the worst human rights catastrophes in recent years, the persecution of the Rohingya in Myanmar, can be linked to the arrival of Facebook. “Shitposts” against the Rohingya were pushed and amplified by Facebook algorithms. Lanier says, “As always with BUMMER, the nastiest, most paranoid messaging gets the most attention, and emotions spiral out of control as a byproduct of engagement spiraling out of control.”

Social media changes what it means to be human. In many ways, being on social media is like joining a religion. When you join the spiritual framework of the BUMMER, you give up, at least in part, whatever religion you had before, even if it was being an atheist.

According to BUMMER, the purpose of life is to optimize. And when you start using social media platforms, you adapt to this framework: you optimize your presence so that you are among the top search results, for example.

BUMMERs make you just one lowly cell in a large superorganism. You adhere to the rules. You change the way you act, speak, and express yourself. For example, when you speak to your personal digital assistant, you automatically start to speak more like a robot and less like a human. Social media destroys the human condition.

Social media and the companies behind them, BUMMERs, have capitalized on the concept of spying on and manipulating people. Social media is created to be addictive, but being exposed to it too much means losing your empathy, your free will, your self-expression, and ultimately, your humanity.

To become a self-governed, creative, and independent human being again you will need to stay alert to the ways in which social media can trick you.

How many social media accounts do you have? Think about whether you want to keep or delete them.

Jaron Lanier is an American computer scientist and writer. He is considered to be one of the founders of virtual reality. He worked for Microsoft and Atari, and co-founded VPL Research. He a... (Read more)