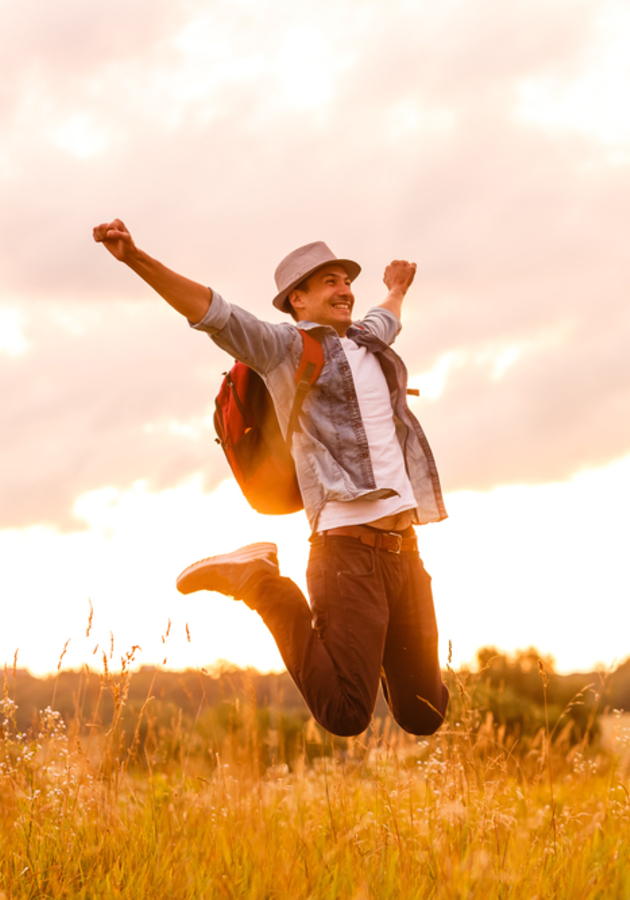 This microbook is a summary/original review based on the book: Stumbling on Happiness

What makes you happy? And what do you think will make your future self happy? Chances are that it won’t be what makes you happy now, but you are incapable of knowing exactly what your future self will want or think. Even though we are incapable of accurately predicting the future, we still try to do so every single day. Daniel Gilbert looks at how we predict the future in “Stumbling on Happiness” by combining insights from psychology, cognitive neuroscience, philosophy, and behavioral economics. So, get ready to learn all about your ability to look into the future!

More often than not, however, life has a different plan. We rarely look back on our past selves with pride, but more often with regret - perhaps about that tattoo we got when we were 18 or that holiday we didn’t take when we had the chance.

That is why making decisions based on the possibility of a happy future rarely leads to that imagined future. Chances are that when you look back on your past decisions, you regret many of the things you didn’t do. You will also see your mistakes in a different light, since the brain tends to rationalize and draw lessons from past mistakes.

For example, people who have been left at the altar often describe the experience as one of the best of their lives. Yet, when trying to imagine such a situation, most people would probably imagine it to be one of the worst experiences of their lives. So next time you are unsure about a decision, dive right in! You will regret it if you don’t, but if it turns out to be a disappointment, you will still be happy you did it.

How would you feel if you were facing the hangman’s noose? Probably desolate and desperate. However, Adolph Fischer, a man hanged in 1887 for a crime that he did not commit, uttered as his last words, “This is the happiest moment of my life.”

And how would you feel if you were incredibly rich and beloved? Probably happy and fulfilled. However, George Eastman, the inventor of the Kodak camera, killed himself at the height of his success.

These are only two examples of how our predictions are not always accurate – that the way we feel in a situation often differs from what we imagined beforehand. And yet, we have to make decisions every single day based on the question, “How would you feel if”: where to live, whom to marry, what to do and so on.

As the author writes, “Imagination is a powerful tool that allows us to conjure images from ‘airy nothing.’” Imagination has its shortcomings, however, because it is often based on past experiences. You might believe that your memories cannot betray you, but sadly, that is untrue.

Just think about how much space a movie takes up on your computer’s hard drive. Now think about how much more information the brain has to store, every single day. There is simply not enough storage space in your brain to keep every single detail, so your memory gets compressed. You only remember the critical threads, for example, that “dinner was disappointing.” When you recall that dinner, your brain simply supplements the missing details about why the dinner was disappointing, whether these details are true or not – and this happens automatically, so you don’t even question your memory!

Gilbert describes an experiment that demonstrates how your memory can easily trick you. In it, volunteers were shown images of a red car approaching a yield sign, and  then, without stopping, turning the corner, and knocking over a pedestrian.

The volunteers were then divided into two groups. One group was asked no follow-up questions, while the second group was asked the following question: “Did another car pass the red car while it was stopped at the stop sign?” Afterwards, all volunteers were shown two pictures, one where the car was approaching a yield sign, and one where it was approaching a stop sign. Both groups were asked to point out which picture they had actually seen before.

The brain constantly tricks you in this way. Even what you see at the moment is, at least in part, imagined. You might not know this, but every human being has a blind spot. However, instead of there being a black hole in your vision, the brain automatically substitutes the blind spot with what it thinks should be there.

It does the same with our memories and perception, regularly filling in gaps without us noticing. This was quite impressively demonstrated in an experiment where participants were played two sentences with the word “eel” preceded by a cough (marked by an asterisk): “The *eel was on the orange,” and, “The *eel was on the shoe.” In the first sentence, participants heard the word “peel” and in the second sentence, they heard the word “heel.” Neither group ever gave the correct answer, which was just the word “eel.”

Our thinking experiences a similar blind spot when it comes to absences, since our brains are very bad at recognizing absence. This was demonstrated when participants in an experiment struggled to point out a missing letter in a random assortment of letters, whereas they found it comparatively easy to point out a letter that was there.

This means that when our brains create a vision of the future, they not only substitute certain details, they also leave other details out. And this all happens automatically, without you noticing.

Being able to think about the far future is a uniquely human ability. It means imagining a world that has never been and may never even exist. All brains however, whether human or animal, are able to predict the immediate future.

Gilbert calls this unconscious process “nexting.” It is based on past experiences. For example, an animal might smell a certain odor and remember that the last time it smelled this, it was almost eaten by a larger animal.

And your brain does this all the time as well. In fact, you are doing it right now as you read this sentence: your brain is predicting what might come next, based on the words that came before.

However, what makes humans so unique is that we can plan ahead and imagine a future far away. This ability is situated in the frontal lobe of the brain, a part of the brain that has slowly evolved over time, as human civilizations grew more complex.

However we might envision the future, it is always based on the present we know. The human brain always fills in details based on the present experience. That is why when you go grocery shopping on a full stomach, you are likely to buy too little food for the week ahead – your brain can simply not imagine that you will ever feel hungry again – and it cannot even simulate the feeling of being hungry at that moment. Conversely, you have probably eaten so much at some point in your life that you swore to never eat again – only to be hungry two hours later.

It seems that your brain is out to trick you. Your memories betray you and your predictions about the future are inaccurate. So why do we not learn from this and stop making the same mistakes over and over again?

One reason is that we often don’t remember our experiences correctly. Aside from details being filled in automatically, we are also much more likely to remember exceptional events, rather than mundane events. This makes it impossible to accurately predict the future.

What is more, the memory of an event is usually influenced by its final moments. Say, you really enjoy a film except for the last minute or so. Your brain will remember this as you not liking the entire film.

So, how can you make good, accurate decisions about the future? The easiest answer is to use the experience of others. There are countless people out there who have gone through similar situations and may have even written about it. And generally speaking, beliefs are transmitted throughout a population as well.

For beliefs to be far-reaching, they need to be accurate. This means they need to work toward the common good of a population. But what about beliefs that are obviously inaccurate, such as “money makes you happy”?

Even though it has been shown that beyond a certain income, money does not increase individual happiness, it is still beneficial for a population to believe this: spending money keeps the economy (and therefore the overall population), alive.

In any case, even though it would be easiest to listen to other people’s advice, it is highly likely that you won’t. That’s because each and every one of us believes that we are unique, and therefore we often don’t listen to what others have to say - we think we know best.

You are unable to predict the future correctly, or even to remember events accurately. Since the brain needs to economize, it automatically fills in details of past and future experiences, while leaving other details out. It is also incapable of accurately imagining you in a different situation from the one you are in right now.

The easiest way to overcome these shortcomings of the brain is to listen to the advice of others. Also, when planning for the future, remember that upon looking back, you will regret the things you did not do, while you will learn from any mistakes you made.

Take a moment to enjoy the moment you are in right now, rather than frantically planning for an imagined future!

Daniel Gilbert is a social psychologist, writer and professor of Psychology at Harvard University. He has won numerous awards for his work, including the American Psychological Association's Distinguished Scientif... (Read more)

More books on Psychology and Lifestyle