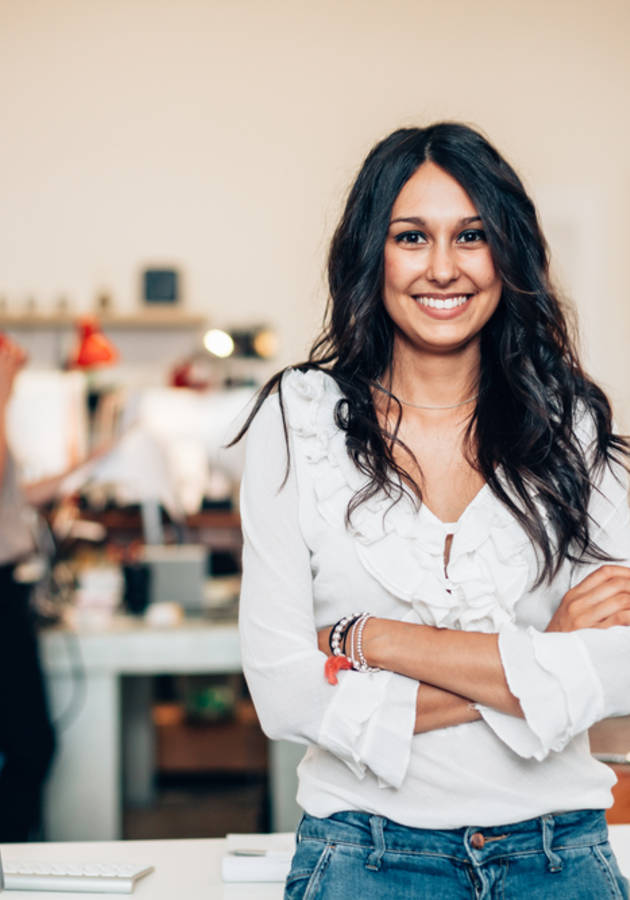 This microbook is a summary/original review based on the book: Start-Up Nation: The Story of Israel’s Economic Miracle

The economy! It is a strange kind of human endeavor, don’t you agree? One day everything seems to be going perfectly, and the other it all comes crashing down.

That’s not an exaggeration, just a few days before the Great Depression of 1929 started, Irving Fisher, one of America’s great economists, proclaimed that the stock prices had reached “a permanently high plateau.”

No wonder Nassim Nicholas Taleb wants the Nobel Prize committee to abolish the Nobel Memorial Prize in Economic Sciences. As well, even less of a wonder that all kinds of scientists, economic thinkers, traders, investors, and ordinary people are always trying to understand the phenomenon of global economic growth and collapse.

Israel, a country almost synonymous with prosperity and financial stability, can serve as an excellent case study for all economic matters. That said, today's reading is one of the more interesting ones.

In the “Start-Up Nation”, Dan Senor and Saul Singer try to explain how a relatively new, small, and resourceless country has become one of the start-up capitals in the world. Israel is a land of entrepreneurs and has more start-ups per capita than the United States. Curiously, the authors say this happens just because of Israel’s historical and political problems.

“Start-Up Nation” goes beyond enlightening the mindset that contributed to Israel’s economic miracle and clarifying the nature of its entrepreneurship spirit. The book also goes deep beyond the surface and explores Israel’s long-term strategic and economic plans. Further, we have the best tips in this summary!

The start-up capital of the world

Mention the Middle East, and a few people would ever start talking about economic miracles. A region as bloodstained as only a few others in the world, the Middle East seems to be in a constant political turmoil.

Being more specific and mentioning something along the lines of “the economy of the Middle East,” and the word “oil” next comes to mind. However, the reality is much more complex and exciting. For example, do you know that, despite their seemingly endless oil resources, the Arab countries of the region would need to open approximately 80 million new jobs during the next twenty months if they want to maintain political stability?

Creating so many jobs is a serious problem not only because most of their population is under 25 years old. It is even bigger since most of these countries are too despotic and not market-free.

On the other side of the spectrum, Israel is replete with entrepreneurial activity! It is a world leader when it comes to the density of start-ups per capita and the percentage of the economy spent on research and development.

In numbers, Israel has almost four thousand start-ups and counting. Meaning that there's one new company for every 1,800 Israeli. This has resulted in the flow of venture capital, the key measure of technological potential.

It is in their DNA

One of the reasons why Israel has become “the start-up capital of the world” is the mentality of the Israeli, established by the Bible and its interpretation. The Bible states that the Israeli is God’s chosen people. However, historically, they have learned to take the initiative and take matters into their own hands.

Whenever something bad happened to them never blamed other parties: if God was with them and they suffered, then they were the ones that probably did something wrong. In addition to promoting this culture of individual and collective responsibility, the Bible has also contributed with an anti-hierarchical culture of doubt and argument.

How, you wonder? Long before they were canonized in a single book, the texts comprising the Bible became the subject of numerous discussions among Rabbis about their meaning. These rabbinic debates fostered a unique mindset never satisfied with the definite and the clear-cut and that is always open to new and exciting ideas.

Its anti-hierarchical aspect spilled over in the Israeli military as well. For one, the Israeli army is deliberately understaffed when it comes to senior ranks. The reason? That results in more initiative coming from the lower levels.

Besides, thousands of men are enlisted in the military reserve forces every year. And in the reserves, the usual hierarchy is turned upside down: workers are in charge of millionaires, and youngsters command their older relatives. However, that’s not the only way in which the military contributes to the highly energetic Israeli entrepreneurial spirit.

Let the army prepare you for a career in business

In Israel, serving in the military is mandatory. Every Israeli is obliged to serve in the army for a minimum of two years.

All 17-year-old Israeli have to report to military recruiting centers for special screenings. These examinations include medical evaluation and psychological testing. Naturally, the ones who do particularly well during these screenings are recruited in the elite units of the military, the highest of which is the Talpiot unit.

Inaugurated in 1978 by Professors Felix Dothan and Shaul Yatziv of the Hebrew University, the Talpiot program was introduced to allow the army to harness human creativity. They followed most studies that show this mysterious human trait peaks early.

That’s why Talpiot cadets pursue accelerated double higher education in math and physics and are simultaneously introduced to military technology. The goal? To inspire them to think outside the box and find cross-disciplinary solutions to all sorts of military problems. Is it at all surprising that some of these Talpiot cadets have grown to become founders of Israel’s most successful start-up companies?

Of course not! They boast the perfect combination of knowledge, leadership skills, and out-of-the-box thinking.

In a sense, Israel didn’t even have a chance to allow for so much human potential to be wasted. Its geopolitical position, the economic embargoes imposed by neighboring countries, and the constant threats that surround it – they all contributed to the army becoming an essential aspect of Israeli life.

Especially after 1967, when France withdrew its military support from Israel, forcing it to develop military technology on its own. It was either that or severe consequences.

As a result, impressive amounts of creativity, imagination, and talent were poured into military projects. As expected, when military engineering graduates entered the private sector, what followed was a high-tech boom.

A nation of immigrants is a nation of entrepreneurs

Due to large influxes of immigrants, Israel is today the proud home to over 70 different nationalities and cultures. Senor and Singer say that 9 out of 10 Jewish Israelis today are immigrants or the first or second generation descendants of immigrants. This specific demographic has caused fragmentation in the country, but it has also boosted the Israeli economy in many different ways.

Immigrants have nothing to lose. So a new country is, by definition, an excellent incentive to try their luck anew and take risks they wouldn’t have been allowed before.

For example, during the last years of the 20th century, about 800,000 people immigrated from Russia as a direct consequence of the breakup of the Soviet Union. These weren’t just ordinary people, many of these Russian Jews had come with engineering degrees and doctorates.

Finding a job for nearly a million people – which counts for a seventh of Israel’s total population – was quite an undertaking for Israel’s government at the time. Fortunately, the Russian Jews came at the right time.

It was around these years that the international tech book started to gain momentum, so there was a nationwide need for engineers. The Russian were the second economic power of the world and part of the country that had made some of the most significant technological advancements of the 20th century.

The Israeli government could have prevented them from coming and save itself some problems. Despite that, it smartly decided that it needed them as much as they needed Israel. A win-win situation.

The three most significant threats to Israel’s economic success

Israel’s economic miracle could be the direct consequence of a few smart decisions. It can also be a mere coincidence, just the inevitable outcome of a few fortunate events: economic embargoes, good connection with the West, the fall of the Soviet Union, educated Russian immigrants at just the right time, etc.

Either way, Israel is reaping the rewards now. Furthermore, if it wants to secure them for an extended period, it will have to overcome three challenges. First of all, it must find a way to not allow its economy to be as dependent on venture capital as it is at the moment. Why? Because if something happens to the companies that provide this money, then Israel’s economy would suffer. That’s what happened during the financial crisis of 2008 when, due to insufficient funding from the West, numerous promising Israeli start-ups had no choice but to shut down.

A connected problem forms the second threat to Israel’s economic success: export markets. Israel leans too heavily on them, with over half of the country’s GDP coming from exports to North America, Europe, and Asia. So, when there are problems in these export-based economies, Israel’s start-ups feel these problems as well.

However, the biggest threat to Israel’s economy is its minimal participation in it: just over 50 percent! About half of the population of the country where there is at least one start-up per 1,800 people are somehow unemployed!

How is that possible? Blame it on the military!

Israel Arabs and the Haredim (the strictly orthodox Jews) are exempted from serving in the army due to their religious beliefs. As a result, they don’t get the same kind of education and are deprived of the chance to become as networked as the Israeli Jewish youngsters.

Near 84% of Israeli Jewish men between the ages of 25 and 64 and 75% of women in the same age group are employed. Contrasting with just 27% of Haredim and no more than 21% of Israeli Arabs. If Israel wants to keep that distinguished epithet “an economic miracle,” it will have to do something about this. And do it quick.

Well-researched and beautifully written, “Start-Up Nation” is the best examination of the economic miracle of Israel you can find on the market. So, if you want to find out how a 70-year-old country of 7 million people managed to have more NASDAQ-listed companies than the whole of Europe, then look no further.

Don’t hesitate to copy Israel’s economic model, regardless of your position in society: the more initiative you take, the better it is for everybody.

Saul Singer is a former editor at The Jerusalem Post and a columnist and commentator at The Wall Street Journal, Commentary, Moment, The New Leader, and The Wash... (Read more)

Daniel Samuel Senor is an American Canadian writer and columnist. He is a contributor to The Wall Street Journal and se... (Read more)