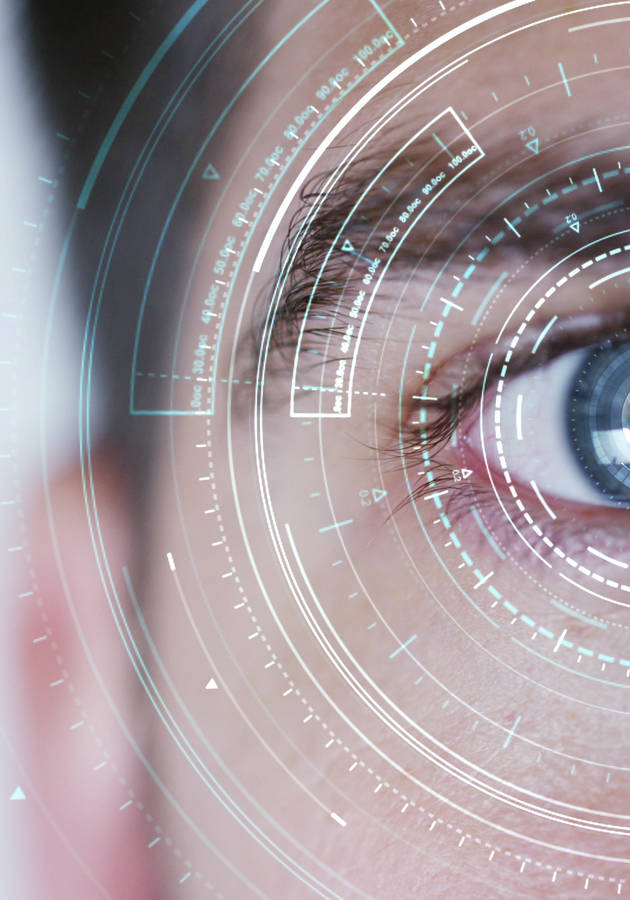 This microbook is a summary/original review based on the book: The New Science of Building Brain Power

A decade ago, a field-defining Swiss study demonstrated – for the first time in history – that IQ scores can be improved. Was it all just hype? In “Smarter,” Dan Hurley finds out by testing the new theory on himself – while rummaging through historical research and current neuroscientific theories.

So, get ready to discover whether you can indeed enhance your intelligence and, if so, how you can achieve this swiftly and efficiently!

The problems with retaking the Mensa test

Have you ever taken an IQ test with Mensa, “the high IQ society”? If so, you probably already know two things: you are in if you score higher than 132, and you can’t retake your test. It’s easy to understand the first one, but what about the second one? After all, most teachers would ask you to take another math or physics test if you failed the first one! Why is Mensa doing the opposite?

“Mensa does not permit applicants to take its IQ test twice,” writes Hurley, “because the organization ascribes to the view that intelligence doesn’t change much, so there’s really no point in retaking it. Either you got it or you don’t.” But that begs another question: doesn’t this view imply that your intelligence somewhat inscribed in your genes and there’s nothing you can do to change it?

Well, until as recently as 2008, “the consensus among mainstream intelligence researchers was that human intelligence is just too complex, and too closely linked to innate characteristics of the brain, to be significantly modified by any straightforward training method.” Because “unlike a test of physical strength, which measures only how you performed today, intelligence tests have always been pitched as an upper limit on what you can ever do: a cognitive glass ceiling, a number tattooed on the soul.”

And then, in May 2008, two Swiss researchers named Susanne Jaeggi and Martin Buschkuehl published a study in the prominent magazine “Proceedings of the National Academy of Sciences.,” The study reported what happened when college students played a peculiar computerized game called the N-back for 20 minutes a day, five days a week, for four weeks. The title of the study already says a lot: “Improving Fluid Intelligence with Training on Working Memory.” But to understand its implications better, bear with us for a few minutes of theory and history.

Intelligence is not everything – but it is a lot

First of all, something you should never forget – especially not in our just too-PC times – intelligence matters. Sure, numerous studies point out that 10,000 hours of training makes the difference between amateurs and professionals, despite a few others tentatively demonstrate that the power of passion and perseverance is what really separates the best from the rest. Be that as it may, IQ is – and always will be – a factor of utmost importance.

Hurley makes it clear: “Certainly IQ is not everything, perhaps it’s not even the most important thing, but it’s definitely one of them. As we all knew in elementary school and can see in our workplaces and on the front pages of the newspaper every day, intelligence, or smarts, or whatever you want to call it, does matter.”

After all, we are defined by it: the very existence of Homo sapiens is evidence enough that intelligence can differentiate among species. And if the species is different from chimpanzees because of its intelligence, shouldn’t this mean that some people can be different from other people due to slightly higher IQ? Well, it does. Case in point: both Sergey Brin and Mark Zuckerberg – and Lady Gaga as well – were selected to attend the Center for Talented Youth at Johns Hopkins, based exclusively on their high scores on standardized IQ tests.

The extremely un-American idea of eugenics

You can’t say things like “intelligence matters'' in the United States, can you? After all, the country was built based on an ultrademocratic motto: everyone can be whatever one chooses to be. The very idea of having the IQ inscribed in genes goes so much against this principle that could reason with blame how preposterous it is to even think something like “intelligence is heritable” and/or “intelligence cannot be changed”.

And yet, it was in the United States that the pseudoscience of eugenics had its birthplace. Championed by the likes of Margaret Sanger, J.H. Kellogg, and Alexander Graham Bell, the idea that the unintelligent can do nothing about their intellectual capacity resulted in over 60,000 forced sterilizations in the United States – all the way into the late 1960s! In fact, for a time, it was even sanctioned by the U.S. Supreme Court and funded by some of the most philanthropic organizations of all times: the Carnegie Institution and the Rockefeller Foundation.

Want to hear the worst part? The eugenics movement in the United States “was credited by Nazi leaders, including Adolf Hitler himself, as inspiring their ‘war on the weak.” If you think that’s a thing of the past, think again: some Americans even today believe that illegal Hispanic immigrants have lower IQs than non-Hispanic whites.

Now, it’s time to go back to our 2008 Swiss study, “Improving Fluid Intelligence with Training on Working Memory.” You already got the gist of the title: intelligence can be improved. However, you may have had some problems understanding the meaning of the word “fluid.” Unsurprisingly, that’s the keyword.

This is the reason why most mathematicians, physicists, musicians, and chess players are best in their 20s and 30s; afterward, they are unable to solve novel problems, so the quality of their work declines. Another problem with fluid intelligence: based on every test done during the past two centuries, it was “impervious to the effects of training.” Well, thanks to the study by Jaeggi and Buschkuehl, we now know better.

No matter what most people say nowadays, standardized IQ tests are not a bad indicator of someone’s intelligence. After all, it is a fact that if you score below a certain grade on those tests, then you’ll probably receive Social Security income. However, recently, we’ve discovered that standard IQ tests are also far from perfect – and that no matter how good they are, they will probably never be objective.

Although intuitively quite graspable, intelligence is scientifically wholly inscrutable – just like some other important things, such as love, truth, time. Where is it located? How does it work? How is it related to memory? The bad news: we’re still far from finding definite answers to these questions; the good news: we’re getting there.

How? By scanning the brain, of course. Even though numerous studies had long ago discovered that the size of the brain does matter when it comes to intelligence, none of them had shown the actual extent. That is, not until recently. Now, fMRI (functional magnetic resonance imaging) scans have settled upon an almost exact number: about 6.7% of a person’s fluid intelligence can be explained by the overall volume of neurons in their “gray matter.” In other words, the bigger your brain, the smarter you are.

And it goes beyond the gray matter: an additional 5% of your fluid intelligence can be explained by the size of one particular region of the brain – the left lateral prefrontal cortex. In case you don’t know what that is, it is a section located behind the upper-left edge of your hairline. Well, fMRI scans have shown that this part of your brain becomes highly active during tests of working memory. Put plainly, your working memory is connected to a part of your brain that is, in turn, connected to your fluid intelligence!

And, believe it or not, this “IQ connection” can be both strengthened and extended. This is what Jaeggi and Buschkuehl demonstrated conclusively in their 2008 study: people who regularly played the N-back game – in which participants guessed, from memory, how far back a particular letter has appeared in a sequence – managed to increase their fluid intelligence by almost 40%! Don’t believe the results? Well, Hurley didn’t either, so he went through the trial himself: by the end of the training, his intelligence scores – meaning, his actual IQ total – climbed by precisely 16.4%!

Exercise and music: two other ways to increase your intelligence

Since the Swiss study, researchers discovered that playing the N-back game might not be the only way to increase your fluid intelligence: physical exercise and music have been shown to have similar effects.

Teresa Liu-Ambrose demonstrated the former. In an interesting experiment, she randomly divided 86 women into three groups. Each of these was supposed to train something regularly for six months: the first group – toning, the second – aerobic, and the last one – resistance. At the end of the study, the third group showed significant improvements in traditional cognitive tests. Even better: fMRI scans discovered increased activity in the areas connected to fluid intelligence.

Music lessons might work even better. Glenn Schellenberg – a psychologist who doesn’t really believe in the Mozart effect – has shown that whether it is voice lessons, instrument lessons, or acting lessons, they can all improve fluid intelligence. Voice lessons, however, work especially great, followed closely by keyboard lessons. And even acting lessons were shown to be unmistakably better than no lessons at all.

Why shouldn’t they? After all, your brain is an organ and, just like any other organ, is worse off when not used. If used correctly, it can improve your chances of success in life. This has been demonstrated by many studies of the last decade and tested out by Hurley in 2013. More importantly, it has also been implicitly endorsed by the U.S. military when, a decade ago, it founded the Intelligence Advanced Research Projects Activity (IARPA). Its mission is explicitly stated thus: “to envision and lead high-risk, high-payoff research that delivers innovative technology for future overwhelming intelligence advantage.” Still skeptical?

First published in 2013, “Smarter” is becoming ever more relevant with each passing year; after all, if the U.S. military is investing millions of dollars into intelligence-improving programs, then there has to be something in them, right?

Not only an essential read and a decent manual, but “Smarter” might also be a prologue to a new dawn for humanity. At least, we hope so.

If you have some free time, don’t waste it binging Netflix shows: do something more creative. Start learning a new instrument, take up acting lessons, play chess. Even better, play the dual N-back game – you can easily find it online. It should make you certifiably smarter.