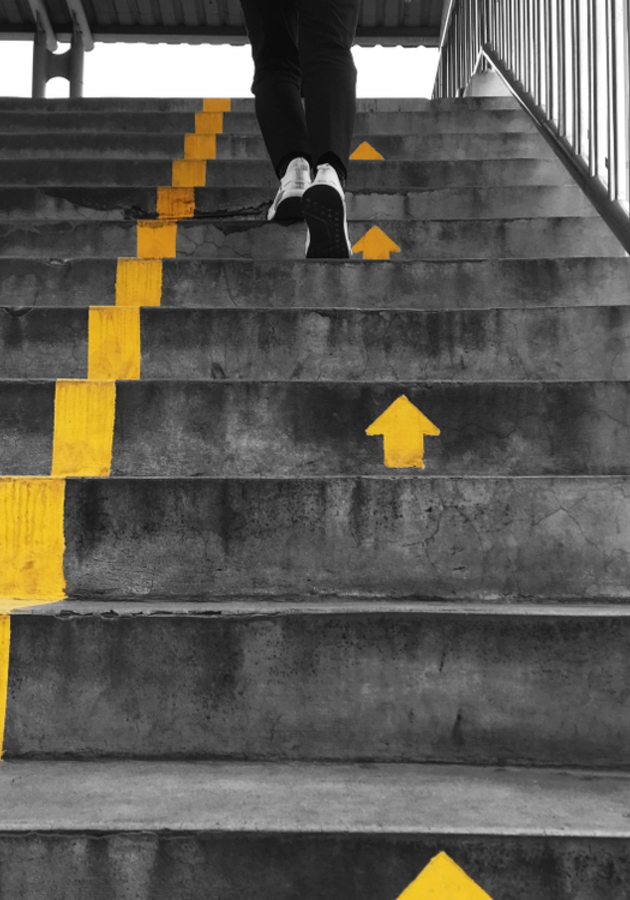 This microbook is a summary/original review based on the book: Simple Rules: How to Thrive in a Complex World

What do crickets and rock stars have in common? Or geese and military surgeons? They all follow simple rules to guide their actions. Simple rules are a handful of clearly-defined rules that help guide everyday actions - from what to wear, to more complex actions such as deciding which patient to treat first. Simple rules can help enhance your life, whether it is to help you improve your dating life, lose weight, or find the perfect job. Get ready to discover how simple rules can make all the difference in your life!

Imagine you are working in a military hospital. After a bomb exploded, a large number of wounded soldiers were brought in at the same time. You must make a split-second decision to decide who to treat first. How do you do this? By following simple rules such as checking for vital signs first.

We live in an increasingly complex world.  Most challenges facing us today – climate change, international terrorism, and financial crises – all came about as a result of interacting complex systems. You have to look no further than your living room to determine how complex our lives have become; chances are you own three remote controls for your TV and entertainment system. It can be tempting to think that complexity is something we simply have to align ourselves with, or that complex problems demand complex solutions. That is not true though. Often, simple rules are the easiest and most successful way to deal with the increasing complexities in our lives.

Simple rules are shortcut thinking, and they simplify the processing of information. They allow us to react quickly without having to stop and think. Effective simple rules commonly share four traits:

Natural selection has always favored simple rules since they do three things well: first, they allow us to remain flexible and pursue new opportunities. Simple rules are particularly useful when we have limited time or information available. Next, they produce better decisions, and often outperform the results obtained from complicated decision-making. Finally, simple rules allow communities to coordinate their actions and therefore allow collectives to achieve things they could not do on their own.

There are six kinds of simple rules, which help to either improve your decision making or help to improve your actions.

The first three kinds of simple rules can help you make better choices by structuring your decision making and centering on what to do and what not to do.

The first kind of simple rules are boundary rules – those which help you make decisions between two mutually exclusive alternatives, such as in yes/no situations. Boundary rules come up in numerous situations, such when diagnosing illnesses, deciding whether or not to launch a drone attack or whether or not to grant someone bail. Even burglars make use of this kind of simple rule: when burgling a home, perpetrators need to quickly decide whether it is safe to do so, or not. The single most successful rule to help them decide is: avoid houses with a vehicle parked outside. Boundary rules narrow down alternatives and allow you to make split-second decisions.

The second set of simple rules are prioritizing rules. These rank alternatives which compete for limited time, money, or attention. This is particularly useful for businesses or state operations. For example, the ancient Romans made use of prioritizing rules to deal with their conflicting laws and regulations. In the creation of ALL (América Latina Logística), a railway line in southern Brazil, a set of prioritizing rules helped the company flourish when they decided to minimize up-front expenditures and reuse existing resources.

The third set of rules are stopping rules. These are particularly useful when situations arise in succession and it is hard to decide when to stop looking. Female crickets, for example, have a hard time finding the perfect mate. Researchers found, however, that the females stop looking as soon as they find a male whose chirp frequency exceeds three chirps per second. Stopping rules can also help investors, such as Gerald Loeb, decide when to sell their assets. Loeb decided to sell his investments whenever they lost 10% of their initial value.

The second set of simple rules, or process rules, are meant to help improve your actions. Process rules find a middle ground between too many and too few rules. They can also help you remain flexible in your decision-making.

The fourth set of simple rules are how-to rules, and they guide the basic execution of tasks. For example, how-to rules helped revolutionize sports commentaries on the radio. In the beginning, presenters would talk about whatever came to mind. But then, a BBC presenter named Lobby turned sports commentaries into what we know today by setting down a few simple rules, including the pretty straightforward: “give the score or results, regularly and succinctly.”  Believe it or not, before these rules were introduced, commentators would often forget to give this information.

How-to rules can also accelerate creativity. For example, the band “White Stripes” produced two albums within two years that are still considered to be among the best albums of the 2000s. They did so by using simple rules to limit the array of music they would cover, encouraging them to be extremely creative within their limits.

The fifth set of simple rules are coordination rules – or, how to coordinate multiple stakeholders to work towards the same aim. Collective rules can often be observed in the animal world, but they also guide collective behavior in humans. Take improvisation comedy as an example. On stage, comedians manage to improvise entire sketches without having anyone in charge, or any pre-planned actions. They do so by following a set of simple rules, such as answering any question with “Yes, and …” to give themselves time to think of an answer, or “Don’t tell jokes” to avoid stifling the emerging storyline with artificial punchlines.

One of the most impressive kinds of coordination rules can be seen in Japanese honeybee populations. When they are attacked by a giant hornet, the bees coordinate their actions so that they swarm around the attacker, vibrate their wings and create heat, which essentially cooks the hornet alive. This is often referred to as thermoballing.

The final set of simple rules are timing rules. These help guide your actions when working toward a deadline. For example, the following four timing rules can help insomniacs get to sleep. First, get up at the same time every morning. Next, avoid going to bed until you feel sleepy, and do not stay in bed if you’re not sleeping. And finally, reduce the time you spend in bed.

How to create your own simple rules

To create your own simple rules, you must follow these three straightforward steps:

To begin, find out what your personal value is. For businesses, this is pretty straightforward as economic value is easy to define. To find out which areas of your life you want to improve with simple rules, the image of moving needles on a panel can be helpful. You can either aim for raising the top needle - which means doing more of what makes life worth living - or, you can aim to lower the bottom needle by tackling problems such as money issues, poor health, or anxiety.

The second step is to “find the right bottleneck.” These are specific activities or decisions where simple rules can have the greatest impact. To find out which bottleneck this is, ask yourself the following questions: “Which activities or decisions keep me from achieving my objectives and where will rules have the greatest impact?” It’s best to aim for repetitive activities as this will allow you to apply the rules repeatedly. Simple rules work best when you need to exercise willpower, in dieting for example, so your short-term sacrifices result in long-term gains.

Once you have identified the specific problem you want to deal with, it is now time to craft simple rules that are unique to you. A good way to start is by drawing on multiple resources to find out what other people have done to achieve the same goal. This can be from scientific research, the advice of friends, or other role models. Of course, you can also draw on your personal experiences. Once you have gathered some data, rank it according to how successful the actions were in achieving the aim. Make up your own list of simple rules and try them out. Crafting simple rules is essentially a process of informed trial and error.

The first set of rules you draft will often fail to be strategic or accurate. This is why it’s useful to review and improve your rules regularly. When the authors of “Simple Rules” analyzed how people improved their rules, they were able to discern a pattern: people usually start with poor, subconscious rules, chosen simply because they were familiar. For example, Finnish companies always expanded to Sweden first (perhaps because Finland was ruled by Sweden for centuries).

The second pattern was that when rules were discussed and thus improved, a common approach was to make the rules more strategic and abstract - targeting a product to a wider market than previously aimed for, for example. The authors found many people tried to improve their rules by first adding them, but then cut back to a smaller set of simple rules, a process termed “simplification cycling”.

In some cases though, your initial rules may prove to have been a mistake. Sometimes, your worldview changes completely, and then changes must be made. For example, having to reconsider a diet when diagnosed with diabetes. Another example of this is with a woman named Emily, and her garden in California. California lies in a Mediterranean climate, but most Californians tend to their gardens as though they were living in more temperate surroundings. As a response to a water shortage, however, Emily decided to completely overhaul her gardening experience. She did research on Mediterranean gardens and eventually came up with a set of simple, sometimes counterintuitive, rules to adapt to the new plan. These rules included only watering plants during the dry season, which happened to be in April, not in the summer.

Another example of breaking away from accepted systems is Netflix. When Netflix decided to focus on neglected bottlenecks such as directing, programming and talent acquisition, they managed to become extremely successful in the industry.

Simple rules are useful in a wide variety of areas. They are easy to follow, memorable and concise. In an increasingly complex world, simple rules can help us maintain control over our lives, as well as organize large businesses, nations, and even the world.

Chris Anderson, curator of TED, reviewed “Simple Rules” as “a book offering an ingenious way to fight back against the relentless assault of complexity and its insidious spawning of untold confusions, costs, crashes, and calamities. Whether you run an organization or are simply trying to survive modern life, this book is gold.”

Think about an area you want to improve in your own life, hone in on the bottleneck that keeps you from developing personal value and change this by drafting your own simple rules!