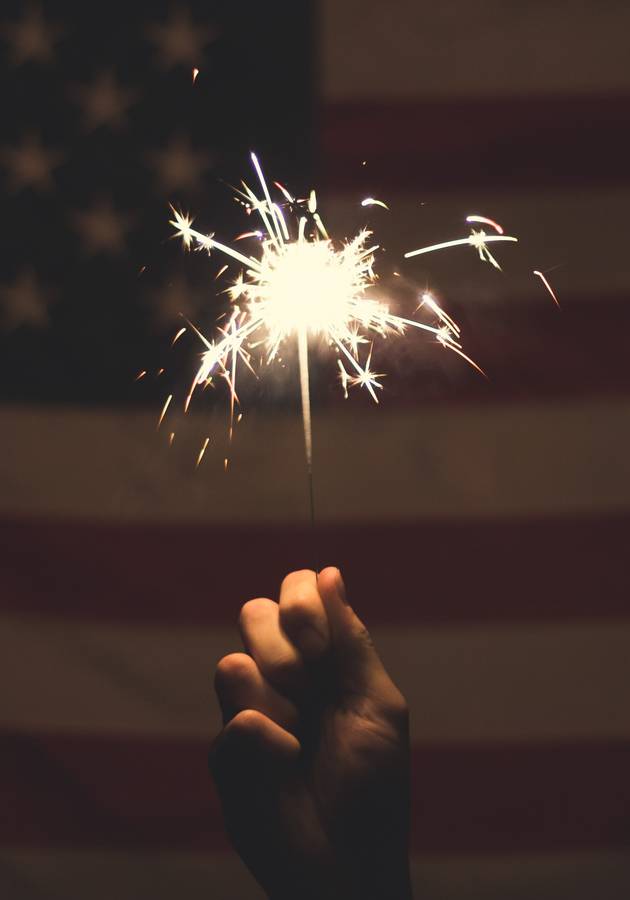 This microbook is a summary/original review based on the book: Sam Walton: Made In America

The great management thinker and well-known executive Jack Welch describes Sam Walton as "A guy who understood people as Thomas Edison knew innovation and Henry Ford understood production". He was able to bring out the best of his employees, gave his best to his customers and taught something of value to everyone he met. "And that's why the 12 'team chose to bring Made In America to you because he is a hero who represents the American dream. He transformed a grocery store from a city within the United States into the world's largest retail chain, Walmart.That did not make him stop being a shy and obsessed guy. His inspiration and optimism are examples for any entrepreneur.

Walmart is today the largest retail chain in the world and the largest employer in the United States. What few people know is that it was founded by a kid from the countryside who learned early to work hard. In the great American recession, Sam's mother started a small family business, where she sold fresh milk to her neighbors. Sam would milk the cows, his mother would bottle and sell the milk, and he would deliver to the whole neighborhood. At age eight he has already got his second job, selling newspapers and cycling them in the region. The boy worked hard on this initiative and even had assistants on his route of deliveries, which already generated some money.

In addition to valuing hard work, Sam focused on developing his interpersonal skills. In college, he learned a trick he would use for the rest of his life. He noted that one of the secrets of campus leadership was incredibly simple: Talk to people coming your way before they talk to you. He did it in college and did it while delivering the papers. He called people by name, but even when he did not know the name, he was still talking to them. He knew more students than anyone in college, and they recognized him and considered him a friend. Academically, Sam was not considered a bright student. He was hardworking, without a doubt, and he got good grades, but he did not stand out. But he was eager for knowledge, and when he went to the army, he used the library to search for all possible books on retail business. He read everything he found and became a passionate management student.

Upon leaving college, Sam went to work at a J.C. Penney network store, with a store manager named Duncan Majors, who was a successful network manager. He considered Duncan a mentor and learned from him all the time. They worked together six days a week, and on weekends they would go to Duncan's house to play ping pong, deck, or talk about the market. His manager once told him: Sam, I would have fired you if you were not such a good marketer. Yeah, the manager was right, and Sam became the biggest marketer of all time. Your story tells us a lot about how you can pursue success and mastery in your own life. At 27, Sam started something that would change his life forever: a store called Walton's Five and Dime.

Sam's first store had a high rent, and a lot of competition and that made him uncomfortable with his results and looking for good ideas in the neighboring stores. Over time, Walton managed to multiply sales and generate good profits. When the day came to renew the lease, the owner of the property did not want to renew. He wanted his son to take over the store and this frustrated Walton, who started a new store in another small town in Arkansas.

He adopted a new idea, to make a self-service store, where people would get what they want and pay at the register, which was in front of the store. He bought a neon sign for which proved profitable very quickly. He had just discovered there was an untapped market in small towns and neighboring cities, where prices were higher. When the price was low and attractive, people were willing to drive a few miles to get good deals.

In the post-war period, America was growing rapidly, and people were moving to the suburbs and cities looking for work. The car was a big hit. Fast food chains exploded on the roads, taking advantage of car traffic. Cities continued with their small local businesses, but they were not the destination of motorized buyers. Sam chose to challenge this convention, along with his brother Bud Walton. He wondered: what if someone offered lower prices, great variety of products in an open market all day? That's what he did with his new stores, and the recipe seemed to work just fine. People now wanted to stop their cars for grocery shopping, not just fast food.

By the early 1960s, the Walton brothers had nine variety stores. When someone asked them how much more they would expand, Sam would reply, "probably very little." If they had more, they would not be able to manage the new stores. However, shortly after that, they bought a small plane that would change Sam's initial idea. The small plane allowed them to find new cities, new opportunities to open stores and manage the existing ones with more agility.

A Simple And Great Walton Strategy

The Walton brothers liked to buy directly from the manufacturers from the outset, cutting off the middlemen. For them, if you bought products for the lowest prices, you also bought the inefficiency and weakness of your competitors. This strategy was not obvious at the time, and later became known as the Walmart strategy. For the Waltons, you will always have greater profits selling more things at a lower price than selling few items at a lower price. To this day, there is always a new way of saving for the brothers. Walmart works with crowded offices with little room to save money, and when company executives travel, they have to share hotel rooms to cut costs.

Walmart Is BornALMART IS BORN

Although they already have a network of stores, the first store with the name Wal-mart (at the time with the hyphen) was opened in 1962, at age 44. The rival Kmart network also entered the business that same year. Sam always benchmarked with his competitors. Learning from competitors taught Sam that he could learn from anyone. He learned more from his competitors across the street than from his books and his research on retailing. He spent a lot of time researching what his neighbors were doing, seeing his prices, the disposition of the goods and why he was successful. Also, he encouraged his employees to do the same. There was always something they were doing that was better than what Walmart was doing, and that was what they were after.

Sam Walton liked that his company was not taken so seriously by the competition. He was the Arkansas hick. Sam made constant benchmarks with his rival. He even visited the company headquarters. They did not take him seriously because he was too small to be considered a competitor. Sam also liked benchmarking with other companies in the industry. He joined a class organization to learn from other market entrepreneurs and went on to invite people from other companies to go to their stores and freely criticize what he was doing. When they came to the company, they brought new points of view, and this helped them gain a better understanding of the competition, drawing their attention to competing with Kmart. In the early 1970s, while Sam had 70 stores, Kmart already had 500 stores.

By 1976, the Kmart network had 1,000 stores, and Waltons had only 150. Compared to Kmart stores, Walmart stores were ugly and poorly planned. But their prices were on average 20% lower. With the benefit of the strategy integrated with the manufacturers of the products sold, Walmart could always be full of avid customers for the lowest price. And that allowed them to start growing faster than the rival. They started investing aggressively, growing 70% a year. By this time too, Sam had learned to embrace technology, especially if it reduced costs for the customer.

Even before the popularization of computers in the business world, Sam wanted Walmart to modernize. He wanted to learn about IBM computers and enrolled in classes on the subject. In a short time, he was 10 years ahead of competitors when it came to the computer revolution, as he had assimilated its importance early on. By 1980 they had almost 300 stores, and by 1990 they had reached $ 1 billion in profits, with more than 1,500 stores. When Sam wrote his biography, Walmart was so big that it had sold 280 million pairs of socks, enough to give more than one to every single US citizen that year.

Although Walmart is criticized for how it deals with unions and making few donations to causes, Sam defends companies by mentioning their primary goal is to help people save money. With these savings, it helps improve the quality of life of all the people around your stores. If he offered higher wages or more donations, it would not be possible to live this mission. Walton emphasizes that Walmart always prefers to work with American suppliers to create more jobs and make the industry more competitive.

Walton has a unique way of doing business, and for this, he has rules for you to build a successful business. Check it out:

Made in America is a classic. Sam Walton tells the pains and facts that allowed Walmart to be a hit with everyone, employees, customers, shareholders and the Walton family. Sam started the company knowing little, but his constant effort and learning were crucial to his success. If you want to undertake, Sam's most important lesson is that the entrepreneur's job is to create value where it does not exist. To make money, you need to enrich the world in some way. Study, learn and work hard, and the results will come.

12min tip: Since we're talking about great wins and motivation, read our microbook 'How to Fail at Almost Everything and Still Win Big' and learn how Scott Adams's bad experiences helped him succeed.