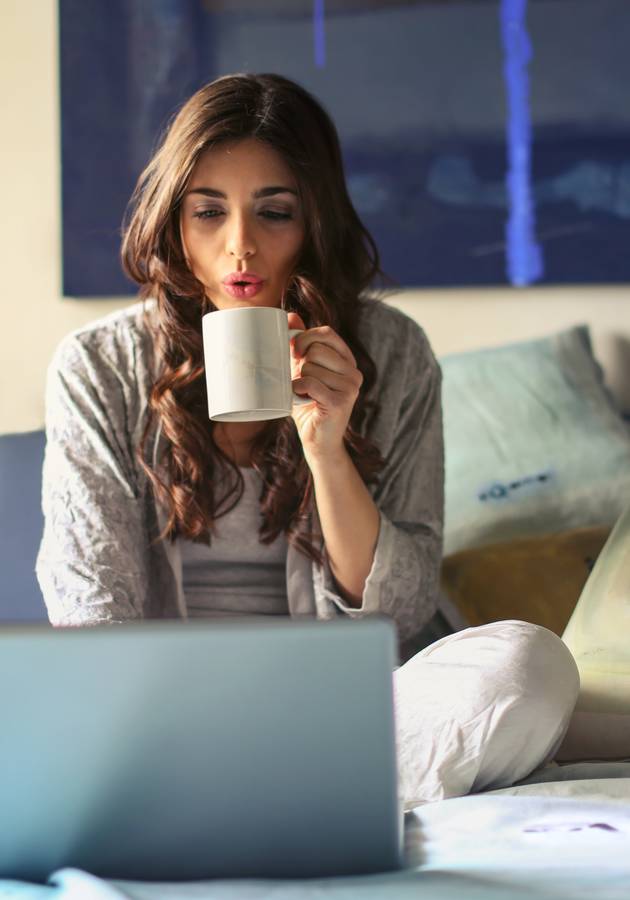 This microbook is a summary/original review based on the book: Office Not Required

Ever since the technology made it possible, working from home has seen steady growth, year after year. But still, as Jason Fried and David Heinemeier Hansson write in “Remote,” “adoption of remote work has not been nearly as universal or commonsensical as many would have thought.” The missing upgrade, feel the authors, isn’t technological, but psychological. And their book aims to provide that upgrade.

So, get ready to tackle all those criticisms against telecommuting floating around and prepare to discover the many benefits of remote work – while learning how to excel at it!

The time is right for remote work

If you are like most people, you probably can’t really get too much work done at work. At least not if you don’t come early, stay late, or sneak in on the weekends. Offices have become “interruption factories”: what all those meetings, calls and water cooler chats do is they chop your day into tiny bits. Meaningful work, however, “takes stretches of uninterrupted time”: that’s the only way one can get into the zone.

Unfortunately, as much as modern workplaces are stressful, getting there might be even worse. Studies have shown that long commutes make people “fat, stressed, and miserable.” Even if that wasn’t the case, the math says they are killing us in a much more literal way: if you need just 45 minutes to get to work and just as many to get back home, over the course of an average work career spanning 30 years, you will have spent about one full year of your life commuting! That’s not only bad for you – it’s also bad for business. After all, lost time is lost money as well. For everybody.

Because of this, many companies are turning to teleworking, not only allowing their employees to work from home – but encouraging them as well. The most progressive among them have already saved fortunes thanks to their farsightedness. For example, according to a 2009 white paper by IBM, the IT giant has managed to reduce office space by a total of 78 million square feet thanks to its telework strategy dating back to 1995! And 58 million square feet of this space has already been sold at a gain of $1.9 billion! No wonder that, at present, almost half of IBM’s 400,000 employees are remote workers.

Teleworking, however, is not only about the money – it is much more about quality of life. The beneficial impact of remote working goes beyond employers and workers – it also benefits society in general and our environment. Less commuting doesn’t only mean less pollution, it also means fewer people in the cities, and more of them breathing fresh air in the countryside. Even though it might seem cheesy saying this, teleworking really looks like one of the few real-life win-win-win arrangements.

But, if remote working is so great, why aren’t more companies practicing it? It seems like a competitive advantage. The technology exists. The time is right. And the excuses are outdated at best. Here are some of the more common ones:

How to collaborate remotely

It’s one thing to decide on going remote, but another thing completely to employ the best practices. Fortunately, over the course of building Basecamp – one of the most successful remote software companies in the world – Fried and Hansson were able to discern the myths from the facts and learn the essential rules of telecommuting. Here they are:

Life as a remote worker: tackling the disadvantages

As already noted, remote work makes a lot of things easier and better for employees. However, as great as this might all sound, don’t forget it’s still a trade-off. True, you’ll get more freedom, time, and money, and that will work fine for a while – but, no matter how introverted you are, isolation will get you in time. We are simply not designed to live in solitude. Fortunately, there are many ways out! For example, you can work from a coffee shop or find a coworking facility. More importantly, if done properly, telecommuting grants far more time for social activities than regular work, not merely because it saves you at least two hours daily on account of commuting.

So, use this time – and use it wisely. Don’t be like most telecommuters who transform their freedom into slavery by inadvertently stretching their workdays. To misappropriate a biblical verse: there’s a time to check in and a time to check out. There’s also a time – sooner rather than later – to get the ergonomic basics right. Working from the sofa for a day is one thing, but without a proper desk, a proper chair, and a proper screen – you’re risking your health in the long term.

Speaking of health issues: working from home means far less walking than usual, and unless you constantly find some excuses to move, you’re risking obesity. So, build yourself a routine that includes a healthy habit or two. Becoming a remote workmaster is all about building a proper routine as well. One of the biggest mistakes you can make is using the same room – and the same computer – for both work and fun. Make sure to separate them: use one device to work remotely, and another to chat with your friends and play games. Otherwise, you’ll neither work nor have fun.

Ironically enough, “Remote” was published in the same year that Marissa Mayer, then Yahoo’s CEO, decided to dismantle the company’s remote-work program. In retrospect, she was wrong, while  Fried and Hansson were right.

Kevin Kelly, the founding executive editor of Wired magazine, knew this even back in 2013. “In the near future, everyone will work remotely, including those sitting across from you,” he wrote in a review of this brief but illuminating telework manifesto. “You’ll need this farsighted book to prepare for this inversion.”

A tipping point for remote work was on the horizon even before the coronavirus pandemic. Now, its importance has peaked. Regardless of whether you’re a company owner or a wage earner, use this opportunity to hop on the bandwagon. Tomorrow might be too late.

Jason Fried is an American entrepreneur, one of the co-founders of 37signals – a Chicago-based remote software company renamed as Basecamp in 2014, after its celebrated flagship product. Together with David Heinemeier Hansson, he has written four books, all of them published under the 37signals name: “Getting R... (Read more)

David Heinemeier Hansson is a Danish programmer, entrepreneur, and racing driver. Best known as the creator of the Ruby on Rails web devel... (Read more)