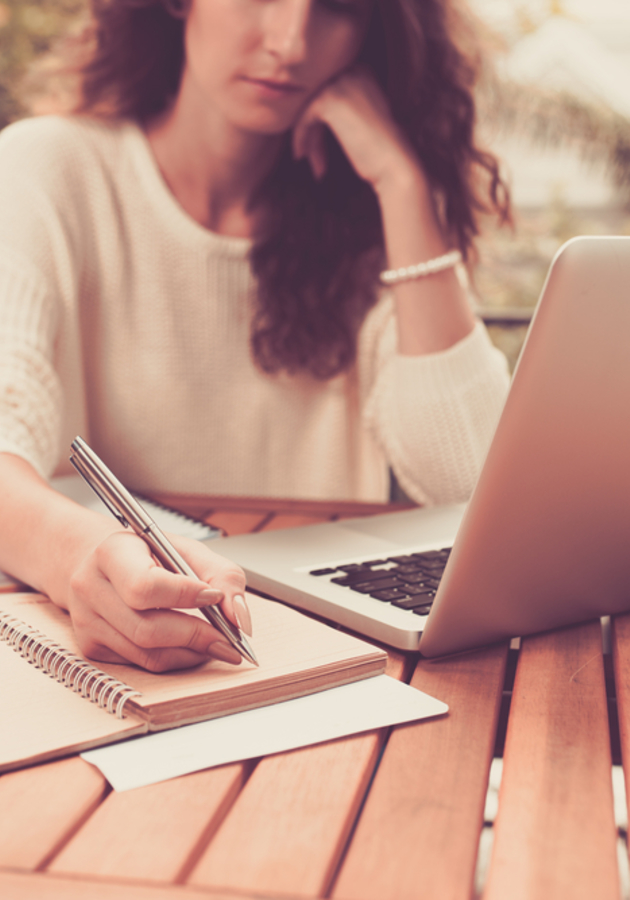 This microbook is a summary/original review based on the book: On Writing Well: The Classic Guide to Writing Nonfiction (30th Anniversary Edition)

When “On Writing Well” – the classic guide to writing nonfiction – was first published back in 1976, there were only notebooks, typewriters, and a somewhat limited audience for how-to guides on writing and style. With the advent of computers and the appearance of the internet, the act of writing was revolutionized and publishing took a whole new dimension. Nowadays, almost everybody is a writer, so students of literature, newspaper editors, and university teachers are not the only people interested in writing manuals. Revised six times in the span of three decades to keep pace with social trends, and currently in its 30th edition, “On Writing Well” has proved to be one of the most long-lasting writing resources in modern history. Get ready for a brief journey through the worlds of its timeless wisdom!

Fighting clutter: the virtue of simplicity

“Clutter is the disease of American writing,” writes William Zinsser. “We are a society strangling in unnecessary words, circular constructions, pompous frills and meaningless jargon.” It is as if people have suddenly become afraid of simplicity! Instead of saying that it might rain, an airline pilot would probably announce that “he is presently anticipating considerable precipitation.” Instead of asking you if it hurts, a dentist might ask you if you are “experiencing any pain.” Instead of “now,” politicians and businessmen use phrases such as “currently,” “at present,” or “at this point in time.” This is the essence of cluttering: using a laborious phrase in place of a short word that means the same thing!

More specifically, clutter can be a few other things – none of which are good:

A century before Orwell, Henry David Thoreau thundered from the depths of his two-year solitude at Walden Pond with the following proclamation: “Our life is frittered away by detail. Simplify, simplify.” He knew something many of us still don’t. Namely, that murky writing is a symptom of something far worse: vague thinking. Only clear thinking can become clear writing; one can’t exist without the other. To improve your style, you need to improve your reasoning first. Start by constantly asking yourself what you are trying to say and reading back what you’ve written afterward to see if you have indeed said it. If you haven’t, get rid of the surplus. Keep doing this until there’s no more surplus left. “Fighting clutter is like fighting weeds,” Zinsser comments memorably. “The writer is always slightly behind.”

It’s between you and them: your style and your audience

At the heart of all good nonfiction writing lies a personal transaction. Writers put some parts of themselves on paper to get, in return, their readers’ attention and engagement. Ultimately, the product they are trying to sell is not the subject they write about, but rather who they really are. But will there be anything left of them after they strip every sentence to its barest bones in their attempts to eliminate the clutter? It’s a legitimate question, replies Zinsser, before answering it by way of analogy.

Put yourself in the shoes of a carpenter building a house. To be able to bevel the edges and add elegant finials, he must first be able to saw wood neatly and drive nails accurately. If the nails are weak or not hammered well, the house he’s building will collapse. If, on the contrary, what he’s built is sturdy and serviceable, then he can start thinking of how to put the final touches that express his preferences better. But those are final details and have nothing to do with the process of building a house itself.

Writing is no different. Your sentences will fall apart if they are not soundly constructed, and are instead cluttered with euphemisms and clichés. Garnishing your prose in the act of writing won’t get you a unique style; quite the opposite, it will lose you whatever it is that makes you unique. In essence, trying to add style to the clarity of your thoughts is like adding a toupee to a bald head. Even if it makes one seem more elegant at first, it would be difficult to fight the impression that something’s not quite right. The point is not that toupees are necessarily bad; the point is that they make one look like someone other than themself. Similarly, “style is organic to the person doing the writing, as much a part of him as his hair, or, if he is bald, his lack of it.”

Therefore, even though “be yourself” might sound like a platitude, it is good writing advice. If you are not genuine and honest, you will lose your reader by the second paragraph. For some reason, even though writing is “an intimate transaction between two people,” people feel that they need to start off with “a tissue of generalities that seem to have come out of a machine.” They only start sounding human by the third or fourth paragraph, and finally like themselves by the second or third page. Chekhov was right in saying that after one finishes a story, they should cross out the beginning and the end, for that is where writers lie most of all.

If you want to write better, try to refrain from generalities and abstractions as much as possible. Trim your drafts in half. And since everyone is at their most natural when they write in the first person, use “I” much more than “they.” It takes courage to be yourself in front of strangers, but people revere writers precisely because of this courage. Fret over the tastes and interests of your audience, and you will lose both yourself and the reader.

The only tools you got: words and their usage

Pick up any newspaper or magazine – or, better yet, open the website of any tabloid – and you’re likely to find the same invented words and cheap phrases, the same tiring clichés. Zinsser calls this type of writing journalese, describing it as “the death of freshness in anybody’s style,” and defining it as “a quilt of instant words patched together out of other parts of speech.” Just as fast food is not nutritious, instant style is not engaging. Writing is a craft, and the words are the only tools you’ve got. “You’ll never make your mark as a writer unless you develop a respect for words and a curiosity about their shades of meaning that is almost obsessive,” pronounces Zinsser.

There are several ways to learn to use words with originality and care; unsurprisingly all of them require hard work:

Even so, don’t get carried away. Never use words you wouldn’t comfortably say in a conversation. Don’t ever forget that good usage consists of finding the right words, and not the ones that make you sound smarter or more eloquent.

Unity is the anchor of good writing, so before anything else, you need to get your unities straight. There are three unities you have to pay special attention to – and, no, they are not the Aristotelian unities of time, place, and action (though, they might matter as well in creative writing):

Almost as important as these unities is your lead. Just like no impression is more important than the first one, no sentence is more vital than the opening one. You read, “All children, except one, grow up,” and you’re hooked because you want to find out more about that one exceptional kid. “It was a bright, cold day in April, and the clocks were striking thirteen” makes things even more interesting. “What kind of a world is this?” You wonder!

Even though these two first lines come from fiction, opening sentences in nonfiction should achieve this engagement as well. Grab the reader by the throat and tell him or her instantly why they must continue reading and how their assumptions about their lives are going to radically change. Endings should be slightly less surprising, but just as memorable. “When you’re ready to stop, stop,” advises Zinsser. “If you have presented all the facts and made the point you want to make, look for the nearest exit.” Well, why don’t we?

Praised for its enjoyable style and its sound advice, “On Writing Well” is – more than deservedly – considered one of the best guides to writing nonfiction. If you are serious about writing, don’t hesitate to buy it. And don’t just read it – put its advice into practice as well!

“If you find that writing is hard,” comments Zinsser, “it’s because it is hard.” Much more than art, writing is a craft; and, perhaps counterintuitively, the essence of writing is not inspiration, but rewriting and editing.

William Zinsser was an American writer, literary critic and teacher. Between 1973 and 1979, he taught writing at Yale University and afterward served as the executive editor of the exclusive, subscription-based Bo... (Read more)