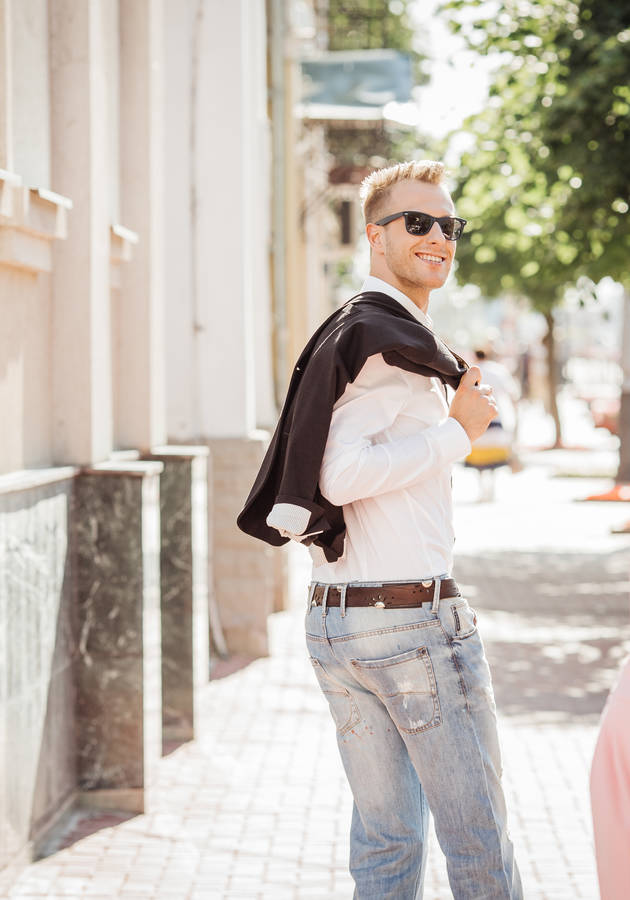 This microbook is a summary/original review based on the book: No More Mr. Nice Guy: A Proven Plan for Getting What You Want in Love, Sex, and Life

During the last five decades, a few monumental shifts in the understanding of the traditional nuclear family has resulted in the creation of a new breed of men, “conditioned to seek the approval of others.” Peaceful and generous, these men are “happiest when they are making others happy” and honestly “believe that if they are ‘good’ and do everything ‘right,’ they will be loved, get their needs met, and have a problem-free life.”

Dr. Robert Glover – a certified marriage and family therapist – dubs these men ‘nice guys’. And his only book so far is all about how they need “to stop seeking approval and start getting what they want in love and life.” So, get ready to discover if you are a nice guy or not and – especially if you are – prepare to start exercising “a proven plan for getting what you want in love, sex, and life.”

The 11 characteristics of a nice guy

Nice guys are everywhere. You’ll see them in the eyes of your relative who lets his wife run the show or in your buddy who’s always there for everyone though his life is in shambles. You’ll also see them in the guy who never says “no” to anyone and has absolutely no time for himself, and in your colleague who lets people walk all over him because he doesn’t want to rock the boat. Finally, you’ll see them in the mirror if you share at least half of the following eleven traits – the cluster of characteristics that describe an archetypal Nice Guy.

What's wrong with being a nice guy?

“OK,” you say, “I know quite a few people who share at least half of the characteristics just listed, but they are, well, nice guys. What’s so wrong about being a nice guy?” In a nutshell, it’s utterly unhealthy: human nature is not nice, and, unfortunately, the majority of nice guys are nice only on the surface. Below, most of them share at least some of these 14  not-so-nice traits:

The making of a nice guy

Now, obviously, being manipulative and controlling has quite a few evolutionary benefits: even today, it can bring you more money, glory, or sexual partners. However, nice guys get nothing even remotely similar to this; on the contrary, they lose almost everything. Then, why do nice guys exist in the first place?  “It’s a defense mechanism,” answers Glover. “Becoming a nice guy, is a way of coping with situations where it does not feel safe or acceptable for a boy or man to be just who he is.”

Nice guys are sort of evolutionary mistakes: they are the product of the rationalization of an unhappy childhood and the misuse of a few survival mechanisms. Most of them, unfortunately, have experienced abandonment in their early years (usually from their fathers) and do not want to live through that experience again. Since they blame themselves for it, long into adulthood, they can’t stop thinking along the lines of this faulty logic: “if I can hide my flaws and become what I think others want me to be – then I will be loved, get my needs met, and have a problem-free life.”

The 8 traits of an integrated male

Fortunately, there is a way out. And it isn’t becoming a “bastard” or a “jerk.” As Glover writes, “the opposite of crazy is still crazy,” so the recovery from the nice guy syndrome doesn’t mean becoming “not nice.” Rather, it means becoming “an integrated male.”

In Glover’s definition, an integrated man is someone “able to embrace everything that makes him uniquely male: his power, his assertiveness, his courage, and his passion, as well as his imperfections, his mistakes, and his dark side.” Or, even more clearly, an integrated male is someone who possesses most of the following eight traits:

In short, an integrated male accepts that he is perfectly imperfect: he neither seeks the approval of others nor strives to be an ideal version of a human being. He accepts himself just as he is, warts and all, is accepted by others precisely because of this.

Learn to please the only person who really matters

So, nice guys have got it all wrong: you shouldn’t change yourself to deserve other people’s approval, but you should spend your life around people who’d approve of you just the way you are. And that’s why breaking free from the pattern starts with asking yourself two all-important questions:

These two questions should allow you to identify the moments when you resort to behaviors that are not an expression of the real and authentic you and are instead manifestations of your need to control things and cover up your perceived flaws and mistakes. The only person who really matters in the story of your life is you: even if everybody leaves, you will still be in it. There’s no escaping that.

So, stop inventing excuses. After all, you don’t have to excuse yourself for 98% of the things you excuse yourself for. You are not a bad person, and it’s only normal to believe that your dreams and desires are more important than the dreams and desires of everyone else. Everybody does that. And until you harm someone, you should also do everything within your power to try to make your dreams come true. Everybody does that as well. People can love you just as you are – and you can love them even more profoundly when you are free to be yourself and are not under constant self-imposed pressure to repress your feelings.

Reclaim your personal power and your masculinity

Being able to live your life and being able to do what you want to do should be your number one priority in life. It’s pointless and ludicrous to spend your only life here on Earth doing something you don’t want to do, right?

But unless you turn the tables, nobody else is going to do it for you. You are responsible for what’s happening to you, and you need to start taking action if you want good things to come your way.

So, be assertive and stop acting like you’re the victim. Start expressing your feelings and start setting boundaries. Don’t treat people and circumstances like problems to be fixed: see them as merely normal people and normal circumstances. That way, it’d be easier for you to walk away from them when things get rough. Life is messy, and sometimes they do: however, this doesn’t mean that it’s your responsibility to fix them.

End bad relationships and start new ones, this will be better both for you and your partner. Reclaim your personal power by surrendering to the complexity of life and dwelling in reality, by facing your fears and expressing your feelings, by setting boundaries and developing integrity. Do that, and you’ll access a power that will allow you to welcome and embrace the challenges and “gifts” of life. “Life isn’t a merry-go-round, it's a roller coaster,” writes  Glover. “It won't always be smooth, it may not always be pretty, but it will be an adventure — one not to be missed.”

“Unashamedly pro-male” by the author’s own admission – in retrospect – “No More Mr. Nice Guy” seems like a precursor to some of the ideas disseminated by a few branches of the widespread (and mostly internet-based) men’s movement.

In our eyes, this makes the book a bit too simplistic and too one-sided to make sense. But, then again, we are not such big fans of all this “masculinity in crisis” mode of thinking. And we are pretty sure that nice guys aren’t what’s wrong with this world. If anything, we believe we need more of them.

Take responsibility for your own life. Learn to say “no” to others and stop making excuses. Discover your true passion and your true potential – and dedicate yourself to their realization.

Robert A. Glover is famous for being an international authority on the Nice Guy syndrome. He offers a detailed explanation of the same in his most successful self-help book – “No More Mr. Nice Guy.” Glover is a frequent guest... (Read more)