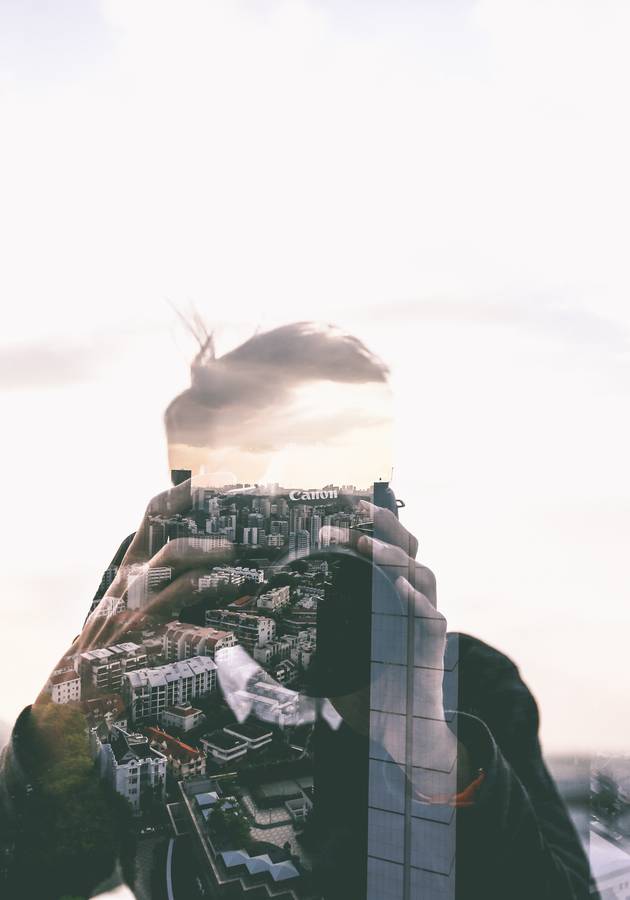 This microbook is a summary/original review based on the book: Mindset: The New Psychology of Success

Benjamin Barber, an eminent political theorist, once said, “I don’t divide the world into the weak and the strong, or the successes and the failures. I divide the world into the learners and nonlearners.” In her revolutionary study “Mindset,” American psychologist Carol S. Dweck brings to light the fundamental reason why Barber was right to make this distinction. Get ready to discover it yourself – and find out why this book is described as one of the most influential ever on the subject of motivation!

One vignette and two groups of people

Imagine yourself going to a class you like a lot, one that is really important to you. One day, the professor returns the midterm papers. Your grade? C+. That same day, on your way back home, you find out that you’ve gotten a parking ticket. You call your best friend to find some consolation, but you receive the cold shoulder. What would you think? What would you feel? What would you do? (Since this is a great personality test, you can pause here and answer honestly to the three questions before proceeding further.)

When Dweck presented this vignette to the participants of her study, she received some pretty conflicting answers. After comparing them one by one, she noticed a pattern and realized that she could divide the people into two groups.

One group responded that they’d feel like rejects, idiots, losers, total failures. “I’d feel worthless and dumb – everyone’s better than me,” wrote one of these interviewees. As for their thoughts, most of them didn’t shy away from admitting that they’d become slaves to abstract beliefs such as “somebody upstairs doesn’t like me,” “the world is out to get me,” or “someone is out to destroy me.” And what did these people say they’d do to make themselves feel better? Nothing, stay in bed, get drunk, listen to music, cry – and these are the less depressing answers.

The other group of people couldn’t have responded any more differently. True, most of them admitted they’d feel down and upset as well, but they also assumed they’d think much more rationally and less abstractly. “I need to try harder in class, be more careful when parking the car, and wonder if my friend had a bad day,” wrote one of the participants. Another wrote that they’d cope with the problems directly: “I’d start thinking about studying harder for my next test in that class, I’d pay the ticket, and I’d work things out with my best friend the next time we speak.”

Note that the second group of people supposed they’d feel as much distress as the first one at the end of this imagined bad day. However, they refused to let the three unfortunate experiences force them into making generalized conclusions about the quality of their lives. More importantly, they didn’t just throw up their hands in the air – instead, they opted to confront the challenges and keep working at them.

Inside the two mindsets

After further research, Dweck discovered that the fundamental difference between these two groups of people lay in the nature of their mindsets. In time, she discovered that everyone belongs to one of these two groups: there are people who believe their success is based on innate ability and people who believe their success is based on hard work, training, and grit. While people in the first group have a fixed theory of intelligence and a fixed mindset, members of the second group have a growth mindset and intuitively believe in an incremental theory of intelligence.

In other words, Barber was right: some people are open to learning, and some people are closed to it. Deceptively simple, this difference affects every aspect of our lives – from our interpersonal relationships and school success to our reactions to failures and obstacles. Before offering a few case studies, allow us to contrast and compare the mindsets across a few categories:

Sports: the mindset of a champion

If there’s one field of human endeavor where everybody believes in natural talent and abilities fixed with birth, it’s certainly sports. In fact, Dweck writes, “sports is where the idea of ‘a natural’ comes from – someone who looks like an athlete, moves like an athlete, and is an athlete, all without trying. So great is the belief in natural talent that many scouts and coaches search only for naturals, and teams will vie with each other to pay exorbitant amounts to recruit them.”

But in reality, most of the greatest athletes in history weren’t naturals. Think of Muhammad Ali, Michael Jordan, Babe Ruth, Wilma Rudolph, Jackie Joyner-Kersee... For each one, there were thousands of athletes with better physical predispositions, and yet, none of them achieved even a fraction of what these five greats did. The reason is their growth mindsets: these five greats continually challenged themselves to get better and improve in their careers – as opposed to many other athletes with fixed mindsets who squandered a lot of opportunities by choosing to rest on their laurels. According to Dweck, three things separate athletes with growth mindsets from those with fixed mindsets.

Firstly, athletes with a growth mindset find success in learning and improving. For them, the definition of personal achievement is working your hardest to become your best; winning is just a corollary. For those with a fixed mindset, winning is everything, and success is about establishing their innate superiority; when they fail to achieve this, they fall apart and take a few steps back.

That’s Dweck’s second finding. No matter how talented, athletes with fixed mindsets become average contestants after a crushing failure. Contrariwise, those with a growth mindset find setbacks motivating and informative. They think of them as wake-up calls.

Finally, people with growth mindsets in sports take charge of the processes that bring success and the processes that maintain it. When they begin losing stamina and agility with age, they start finding ways to compensate for these weaknesses and start working even harder than before. They are better in their last race, fight, or basketball season than they are in their first one. For athletes with fixed mindsets, it’s the other way around: their careers are usually downward spirals.

“Fixed-mindset leaders, like fixed-mindset people in general, live in a world where some people are superior and some are inferior,” writes Dweck. “They must repeatedly affirm that they are superior, and the company is simply a platform for this.” Of course, the consequence of this strategy is devastating: instead of growing, companies led by fixed-mindset CEOs repeatedly plunge into problems, financial crises, and even bankruptcy.

Take Albert Dunlap, for example. Widely known – and feared – as a turnaround management specialist via mass layoffs, he was brought in by Sunbeam Products in 1996 to save the company and make it profitable again. In Dweck’s words, “he chose the short-term strategy of looking like a hero to Wall Street. The stock soared, but the company fell apart.”

Perhaps more famously, Enron – “the corporate poster child, the company of the future” – went belly-up in 2001 because of fixed-mindset leaders obsessed with recruiting fixed-mindset talented individuals. That way, Enron set itself on a path of decline, rather than on a path of growth; there was only one possible outcome.

Lee Iacocca is an even better example: he brought Chrysler Motors back to life, but then he started concentrating on his own image and reputation, constantly seeking approval. In the meantime, the company declined. Him, Dunlap, and the CEOs of Enron all believed they are geniuses – even going so far to dub themselves heroes and superstars.

In contrast, Jack Welch was far humbler: he got the top position in General Electric in 1980 by admitting his weaknesses and promising to improve and learn from his mistakes. That year, the company was valued at 14 billion dollars. When he left it 20 years later, at half a trillion dollars, General Electric was the most valuable company in the world, and he “the most widely admired, studied, and imitated CEO of his time,” according to Fortune magazine.

The most important change Welch instituted? He removed himself from the equation. “The company is about growth, not self-importance,” he announced. He got rid of brutal bosses and started rewarding teamwork rather than individual genius. And quite the opposite of the fixed-mindset leaders, he shut down elitism and opened up to dialogue.

Similar strategies worked for Lou Gerstner, called in to turn around IBM in much the same manner as Dunlop. However, he was in it for the long haul. “As he set about the enormous task of overhauling IBM culture and policies, stock prices were stagnant and Wall Street sneered,” writes Dweck. “They called him a failure. A few years later, however, IBM was leading its field again.” Just like Welch, Gerstner knew that growth takes time and that short-term success is no success at all. He, too, had a growth mindset – which is the most fundamental thing all good leaders share.

Even though it feels like Dweck might be a bit too eager to file everything under a single generalization, “Mindset” is, arguably, one of the most influential psychology books of the 21st century. An essential read.

Don’t put a label on yourself. At all times, consider yourself a work in progress and allow yourself to grow and improve.

Carol S. Dweck is an American psychologist, widely regarded as one of the world’s leading researchers in the fields of social and developmental psychology. An elected member of the American Academy of Arts and Sciences... (Read more)