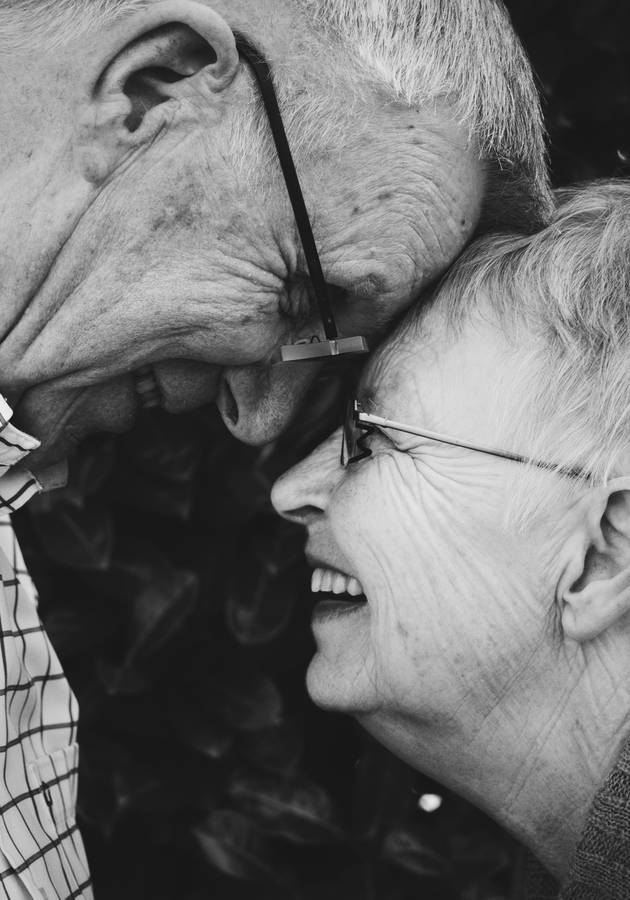 This microbook is a summary/original review based on the book: Men Are from Mars, Women Are from Venus: A Practical Guide for Improving Communication and Getting What You Want in Your Relationships

Have you ever had a fight with your partner in which you both seemed to be talking past one another? You probably did, since men and women are substantially different in their emotional needs, the way they communicate, and their intimacy cycles. That is what John Gray explores in his landmark publication, which was the highest ranked work of nonfiction in the 1990s. Based on seven years of research, he explores how men and women can have happy, healthy relationships through learning about their differences. So, get ready to understand the opposite sex!

We are from different planets

Eventually though, they all moved to Earth together, and were hit by collective amnesia as a result of living in Earth’s atmosphere. They forgot that they had come from different planets.

Men and women are inherently different. The statements made on Venusians and Martians are generalizations, but correct to a certain degree, as Gray asked 28,000 different people whether they agreed with them. Some men will relate more to the Venusian side of things, while some women may relate to the Martian side of things. This is called role reversal, nothing to worry about – it may have something to do with the way you were brought up.

“Martians value power, competency, efficiency, and achievement,” Gray says. They assert their sense of self by getting things done and having a feeling of success or accomplishment. They always try to achieve new goals and value their autonomy.

Venusians, on the other hand, “value love, communication, beauty, and relationships.” They feel fulfilled when they can help and nurture one another and share their feelings in quality relationships. Personal expression and communication are essential for Venusians. They are also very intuitive and considerate.

That is why women will often offer unsolicited advice. For them, this is simply a way of expressing their love. Men, however, often misinterpret this to mean that something is wrong with them. For them, this is the ultimate insult.

Women, when they feel down, will want to share their feelings. Men often interpret this as a call for help for them to fix the problem. Instead, they need to learn to simply listen to their partner, which is all she needs. These are the two most common mistakes made in a relationship.

How to communicate effectively

As a result of their inherent different approaches to life, men and women approach problem solving or dealing with stress in very different ways as well.

Men will want to solve their problems alone, so they will withdraw into their caves. They can deal with problems best if left alone and able to wind down. As we’ve seen in the last chapter, however, women deal with stress by sharing their feelings and talking about their problems. So, while men tend to focus on one problem at a time, women tend to be upset by multiple things, both big and small.

So, how can these two different approaches be reconciled?

If you and your partner are stuck in a downward spiral of misunderstanding and resentment, don’t fear! It is possible to heal your relationship. First of all, you need to get your feelings out in the open. Speak openly about your resentments and try to understand your partner. Counselling can help with this.

Often, deep down, women feel unworthy of the love they are getting. They need to learn to receive this love, and to accept that they are worthy of it. That way, they’ll be able to set boundaries as well.

It is often a man’s deepest fear that he is not good enough. That is why he needs to learn to give – he shouldn’t be afraid of failure and withdraw, but rather give to his partner to make her feel valued and loved.

Women and men have different intimacy cycles. Men are like rubber bands: they will pull away but eventually, they will snap back. They’ll get close, pull away, and then eventually get close again. This is because men need to fulfill their need of independence.

Women will often interpret this as a sign of withdrawal from the relationship, as that is the only reason why she believes he would pull away. That is why she will immediately cling closer to her partner, for fear of losing him.

When a woman doesn’t allow a man to fulfill his need for independence by pulling away, this will actually mean that the man can never experience a passionate longing to be close to her. It will eventually destroy the relationship. When a man needs to withdraw into his cave, he can make the process easier by telling his partner that he needs some time alone, but that he will be back.

Women’s intimacy cycles, on the other hand, are like waves. Their self-esteem will rise and rise, but eventually will peak and come crashing down. But once the bottom is reached, she will experience an upswing in mood and confidence again.

When a woman is on the upswing, she has an abundance of love to give. But once the wave has reached its peak, she will start to feel down and experience any neglected negative feelings. Once she has reached the bottom, if she feels loved and supported, she will immediately start feeling better again.

On the downswing of the wave, women need to feel supported and loved. She needs to feel safe when going through this cycle. If she feels like her “negative episodes” are not being supported by her partner, she will start repressing any negative feelings, which eventually leads to her suppressing positive feelings as well.

Often, both partners feel like they’re giving without receiving anything in return. For example, a woman might ask lots of caring questions, which to a man will seem irritating. For him, this means that she doesn’t trust him or thinks he is incompetent.

On the other hand, men will express their love by trying to give advice when their partner feels down. They may say something along the lines of, “Don’t worry, it’s not such a big deal.” He might even ignore her altogether to give her space. This will leave her feeling minimized and unloved.

Both men and women have six primary love needs that are equally important. For men, these are trust, acceptance, appreciation, admiration, approval, and encouragement. For women, these are caring, understanding, respect, devotion, validation, and reassurance. That is not to say that either partner might not respond to all of these, but these are the “primary” needs - meaning they need to be fulfilled before anything else can be taken into consideration.

These love needs are reciprocal and complement one another. Take trust and caring as an example: If a man shows a woman he deeply cares for her, this will make her trust him.

The different love needs also result in women and men “keeping score” in different ways. Most men think that by making one big gesture, such as paying for a lovely holiday, weighs a lot more than doing small gestures, such as buying a rose or doing the washing up.

For a woman, however, both small and big gestures are equally important. So, as a man, you should constantly show your love and respect for your partner with little gestures, rather than putting all your time and energy into making one big gesture.

Communicating lovingly is difficult when we’re frustrated or upset. But for a happy relationship, it is incredibly important to learn to argue respectfully.

When women become frustrated, they may start to subconsciously blame their partners. Men, when they have negative feelings, tend to become judgmental of women and may sound menacing and mean. Talking at these times can be an impossible task, so a viable alternative might be to write a letter instead.

This is what the author calls the Love Letter Technique: Write a letter to your partner in which you express your feelings of anger, sadness, fear, regret -  and then love. You can use sentences such as, “I feel frustrated” or, “I want.” By writing down your feelings, your negative feelings will have less impact and you may be able to concentrate on your positive feelings more fully.

In the second step, write a response letter and detail the response you would like to receive from your partner. In a third step, you then share both of the letters with your partner.

While writing the letters, you may realize that there are past experiences that still affect you today. Many people have grown up learning unsuccessful communication skills from their parents. Writing letters can help in dealing with those problems as well.

Another difficult aspect of many relationships is in asking for support. Women don’t usually ask, since they find it self-evident to help others. To receive more support in a relationship, women need to learn how to ask for it.

To be successful, it is important to start by asking for things your partner is already doing for you. Start by making small, non-demanding requests for something that your partner would do anyway, so that he gets used to being asked for support.

In the second step, practice asking for more, knowing that your partner may decline. If he does, just accept this. That way, he will get used to the fact that you do not want to be demanding in your requests.

Thirdly, fully assert your power to get your partner to do what you want. Make a request again, but this time, don’t say “OK.” If he grumbles or starts making excuses, simply wait. He is just stretching himself out to say “yes.” This is the art of assertive thinking.

“Men Are from Mars, Women Are from Venus” continues to be one of the most read self-help books on relationship advice. It should be noted that the author seems to take a very one-sided approach. He focuses solely on heterosexual relationships, and bases many of his claims on an outdated gender concept. His statements are also sometimes grossly generalized and repetitive.

Next time you are upset in your relationship, write a Love Letter to your partner.

John Gray is an American writer and author of books on behavior and relationships such as Men Are From Mars, Women Are F... (Read more)

More books on Sex & Relationships and Self Help & Motivation