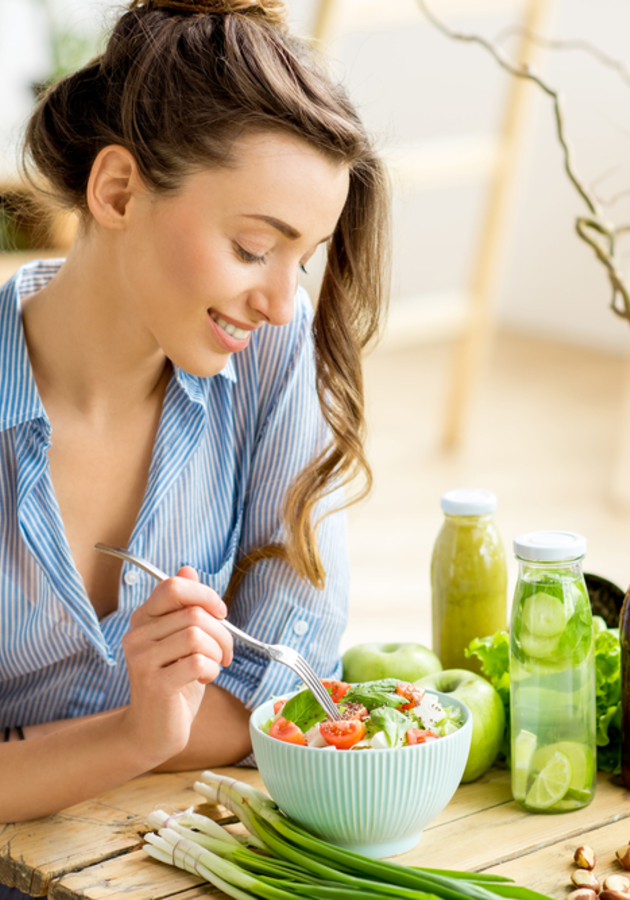 Writing in the Foreword to Anthony William’s “Medical Medium Cleanse to Heal,” Ilana Zablozki-Amir, a Functional Medicine Specialist from Brooklyn, New York, notes that there are four major root cause categories that contribute to the majority of health conditions: severe deficiencies (such as malnutrition, dehydration and sleep deprivation), stress and trauma (both physical and psychological), infections, and toxic exposures. “Medical Medium Cleanse to Heal” is a guide to dealing with them all in a proactive, preventive and nontraditional manner. So, get ready for a food-based, self-care healing plan that – at least according to its author – is not man-made, but comes from a higher source.

“Inside of our body,” writes self-described Medical Medium Anthony William, “is a complicated warehouse of millions of items jostled about, and it’s trying to create balance constantly. Twenty-four hours a day, seven days a week, there is never a moment when our body is not trying to harness balance within us.” This is a difficult and draining job, but it is also crucial because “imbalance” is another word for “disease.” The right amount of pepper makes your soup taste great, but put a lot of it in and you won’t be able to taste the other spices; moreover, you’ll also start sneezing.

There are numerous ways your body balances things out, a process usually referred to as detoxification. The major organs tasked with detoxification are your kidneys and your liver, but your skin and your lungs also help eliminate waste produced by your cells. Though weighing a mere 300 grams combined, your kidneys filter more than 200 liters of blood per day, expelling waste through the urine. Your liver helps in this process as well. Meanwhile, your lungs eliminate carbon dioxide and water vapor through exhalation, and your skin removes smaller amounts of urea and salts through sweating. Finally, the solid, undigested wastes of digestion are dealt with by your digestive system.

Unfortunately, your body is up against so many balance-disrupting pathogens that it needs your assistance with detoxing. Chances are, instead of helping it, you’re actually making things worse. More specifically, instead of letting your body balance things out naturally on a daily basis, you gather more and more pathogens through the foods you eat, the places you go, the behaviors you practice. Yes, that’s all connected. “Viruses and unproductive bacteria are responsible for chronic illness,” writes William, “along with toxins such as toxic heavy metals and whatever stressors may be weighing on us that weaken our immune systems, whether a lack of resources or emotional struggles. This combination of toxic troublemakers is why we’re sick.”

“Troublemakers” is the umbrella-term William uses to refer to the toxins, poisons, viruses and unproductive bacteria that cause the imbalances in our bodies which, in turn, lead to almost all known diseases. Even though you may not be aware of it, your body is probably dealing with some of these troublemakers at the moment you’re reading this. “No matter how much you may want to believe that you haven’t encountered viruses, bacteria, and toxic heavy metals,” William comments, “and that they haven’t had any effect on you, nor will they ever hurt you, the truth is that any symptoms you experience are physical proof of the fact that something is going on inside your body. No one is spared from exposure in this day and age.”

There are several categories of troublemakers that can pose problems to your health if you don’t actively deal with them beforehand. Let’s start with the three that are from organic nature.

Even more important than eliminating the troublemaker foods from your diet, is eliminating troublemaker food chemicals, such as artificial sweeteners and flavors, alcohol, preservatives, formaldehyde and citric acid. But that’s just the beginning: there are many similar and similarly hurtful hidden exposures you should try to protect yourself from if you want to help your body detoxify itself. Here are some of the others:

What is cleansing and why it is necessary

Whenever we’re exposed to toxic metals or radiation, to perfumes, gasoline or herbicides, and whenever we’re eating troublemaker foods, we’re actually feeding the dangerous pathogens inside our bodies – namely, the viruses and the unproductive bacteria. So, instead of helping our immune and excretory systems get rid of the organisms that produce internal imbalances, we’re actually working against them and exacerbating the effects of the poisonous contaminations. This is how most diseases are born.

True, there are some people whose immune systems are more resistant to pathogens and can endure more exposure, and others who are born with a small amount of toxins in their bodies, allowing their bodily systems to deal more effectively with external threats. However, to remain healthy, most people have to try their best to aid their organs in eliminating the pathogens inside them, while limiting the amount of new toxins that may enter the body. This is cleansing and is usually done through dieting, fasting and avoiding specific foods and practices.

The medical community as a whole is not that fond of either the term or the practice of cleansing. Most experts nowadays – whether they are dieticians, nutritionists or doctors – will tell you that cleansing is a myth, and that the body’s natural cleansing processes are enough. William begs to differ. In his opinion, cleansing is “a vital tool for anyone concerned about their health” and, “a very real technique to fight against the burdens of our modern world.” Moreover, he claims that it is only through cleansing that people can deal with chronic illnesses, whose nature is yet to be understood by modern medicine.

That’s why he doesn’t consider cleansing as merely an aspect of a healthy lifestyle, but as a lifesaver. For William, healthy lifestyles such as food diet programs or intermittent fasting are “rooted in guesswork and ideology, not truth.” The reason they sometimes work is that if you guess a million times, you’ll get things right more than once. But it’s our health we’re talking about here. We shouldn’t be guessing; we should know. And William claims that he does know, thanks to a psychic connection with a Spirit from the future. It is supposedly from him that William’s trademarked 3:6:9 cleanse program originates from. Let’s outline it in brief.

The nine-day 3:6:9 cleanse is the cornerstone of William’s cleansing philosophy. It comes in three different versions – original, simplified, and advanced – each of which should be repeated in cycles and can be coupled with hundreds of targeted and condition-specific strategies. All 3:6:9 cleanses share the same structure, beginning with a three-day preparation phase (The 3), moving on to a three-day cleansing period (The 6) and ending with a three-day, toxins-releasing stage (The 9). Here’s what, in brief, each of these stages entails in the simplified 3:6:9 cleanse which, according to William, is especially useful for migraines, high cholesterol, high blood pressure, fatty liver and type 2 diabetes:

Of course, William’s guidelines are much more detailed, but in essence they mean relying on fruits, vegetables, and leafy greens to get through the day. However, the cleanses are much more than a specific diet – they can even be a spiritual experience. At the least, as Zablozki-Amir notes, William’s cleanses “illuminate the power of the food we choose to eat: not only the kinds of foods, but the ways we combine them and when we eat them.”

The list of endorsements for Anthony William’s books reads like a “Who’s Who” in the world of show business: Hilary Swank, Robert DeNiro, Naomi Campbell, Pharrell Williams, Novak Djokovic… Trust us, we can go on for a while.

Even so, we can’t help but feel that this is just another Hollywood lifestyle fad. At least from what we know about how our bodies work, “Medical Medium Cleanse to Heal” is nothing more than easily disprovable pseudoscience. That, of course, doesn’t mean that you shouldn’t be more careful about what you eat and how you consume it!

To paraphrase an old Animaniacs song, “we like some foods a lot, but they make our insides rot. So, remember it's your body – it's the only one you've got!”

Anthony William Coviello is a self-proclaimed medical medium. Even though he doesn’t have a medical license, he habitually offers pseudoscientific health advice which he claims to have received from a spirit from the future. He... (Read more)