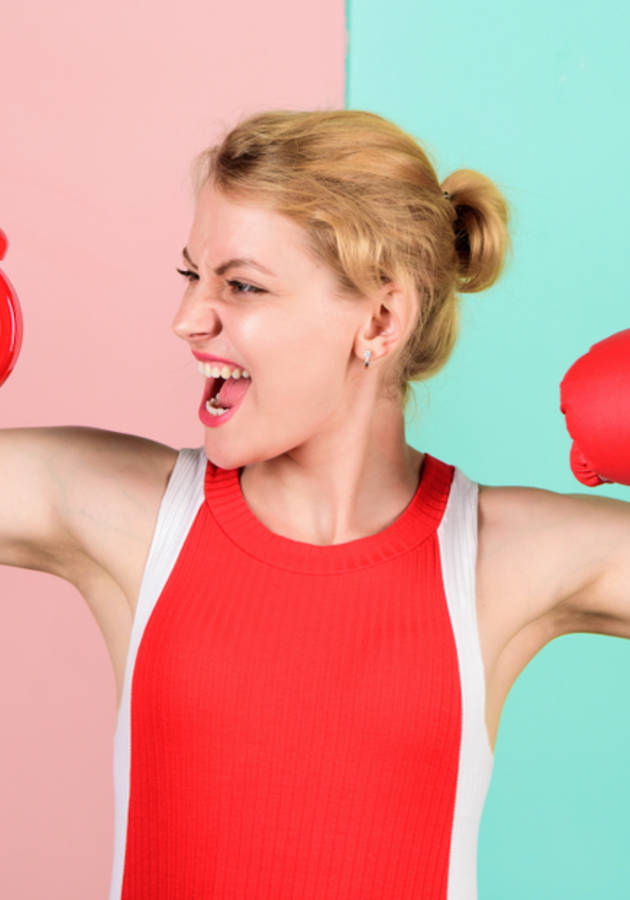 This microbook is a summary/original review based on the book: Managing Oneself

Whether Napoléon, da Vinci, or Mozart – most of the great men from history achieved as much as they did, in large part, because they were excellent managers of their strengths, values, and responsibilities. Why should you be any different?

In “Managing Oneself,” Peter F. Drucker, the founder of modern management, offers a few guidelines that should help you lay down the framework for your understanding of yourself.

So, get ready to learn how to determine and develop your strengths so that you can find your place in this world and make a valuable contribution!

What are my strengths?

Most people know their weaknesses much better than they know their strengths. Unfortunately, as Drucker writes, “a person can perform only from strength. One cannot build performance on weaknesses, let alone on something one cannot do at all.”

So, the first step toward greatness is discovering your strengths. And the best way to do this is through feedback analysis. Invented sometime in the fourteenth century by “an otherwise totally obscure German theologian” and picked up quite independently, a century and a half later, by both John Calvin and Ignatius of Loyola, feedback analysis is a two-step process:

Practiced consistently, this simple method should reveal to you – in a fairly brief period (say, two or three years) – several important things: 1) where your strengths lie; 2) what you are doing – or failing to do – that deprives you of the full benefits of your strengths; 3) where you are not particularly competent; 4) where you have no strengths and cannot perform.

It’s on you from thereon. Because discovering your strengths and everything related to them is merely the beginning of your journey. Now, you need to put them into action. To do so:

Just like one’s strengths, how one performs is unique. And yet, amazingly, most of us work in ways that are not our ways – and that almost certainly guarantees nonperformance. Whatever they tell you, how one performs is not a matter of method, but a matter of personality. In other words, it is much more related to genes than to books: one can modify their way of performing, but to completely change it is utterly unlikely. – “How a person performs is a given, just as what a person is good at or not good at is a given.”

How a person performs is determined by just a few personality traits. To discover them about yourself, you first need to answer the following two questions:

Although more important,  the two questions above are, by no means, the only ones you should ask yourself so that you can manage yourself effectively. There are a few others as well, such as:

Whatever the answers, do not try to change yourself – instead, work hard to improve the way you perform. And try not to take on work you cannot perform or will only perform poorly.

What are my values?

“A person’s strengths and the way that person performs rarely conflict; the two are complementary,” writes Peter Drucker. “But there is sometimes a conflict between a person’s values and his or her strengths. What one does well – even very well and successfully – may not fit with one’s value system.”

Drucker discovered this as a very young person when he was working – and doing rather well – as a young investment banker in London in the mid-1930s. One day he was offered a promotion: a coveted and much better-paid job as an asset manager. The work clearly fit his strengths, and everybody knew he was able to perform it well. However, what Drucker realized then was that he valued people much more than money – and that, for him, there was no point in being “the richest man in the cemetery.” So, despite the continuing Depression, he quit – and never regretted this decision.

And that’s because values are and should be the ultimate test. “To work in an organization whose value system is unacceptable or incompatible with one’s own,” writes Drucker, “condemns a person both to frustration and to nonperformance.” Fortunately, it is not that difficult to uncover your values: you just need to pass “the mirror test.” Just ask yourself: what kind of person do I want to see in the mirror in the morning? Now, work toward it. If one day you see someone you don’t want to see while you’re brushing your teeth, then it’s time to change companies – or even careers.

Where do I belong?

“Knowing where one belongs can transform an ordinary person – hardworking and competent but otherwise mediocre – into an outstanding performer.” And discovering where one belongs is nothing more but the ultimate byproduct of getting the answers right in the case of the first three questions, that is discovering what are your strengths and values, and how you perform best.

Because then you’ll already know, at least, where you don’t belong. For example, if you determine that you are not capable of performing well in a big organization, by definition, you do not belong in one. As well, if you realize that you are not exactly a decision-maker, then you will have to say “no” to all decision-making assignments you might be offered.

Some people – such as mathematicians, athletes, musicians, cooks, or physicians – usually know where they belong very early in their lives. If you are like most people, however, you will probably be unable to answer this question until you are at least well past your mid-twenties. So, don’t panic or rush anything: getting the right answer is much more important than getting it early.

What should I contribute?

Until a century ago, the majority of people never had to ask themselves this question: most were simply told what to contribute, and either their jobs or masters dictated their tasks. Nowadays, the opposite seems to be true: no one wants to be told what to do any longer. Everybody wants to do their own thing. Drucker says the latter is just as wrong as the former: we live in a society, which means that personal success and self-fulfillment often depend on involvement and contribution.

To discover what should you contribute, you must ask yourself – and give honest answers – to the following three questions:

Since things move pretty fast nowadays, it makes no sense to plan ten or even five years ahead. Instead, your plan should usually cover no more than 18 months. So, you can reformulate the question about your contributions in the following manner: “Where and how can I achieve results that will make a difference within the next year and a half?”

Once again, don’t rush with your answer and be aware that it must include at least these three elements:

This should allow you to devise the right course of action, encompassing everything from “what to do” through “where and how to start” to “what specific goals and deadlines to set.”

Only a few great artists, a few great scientists, and a few great athletes have worked by themselves and achieved results by themselves. Most people work with others and are effective with other people especially today. As a consequence, taking responsibility for relationships is not merely an absolute necessity – it is nothing short of duty. We owe this responsibility to our coworkers – those whose work depends on our contributions, as well as those on whose contributions our own work depends.

Taking responsibility for relationships has two parts. The first one is fairly Kantian: accepting the fact that “other people are individuals as much as yourself.” In other words, you are not alone in this world: just as yourself, other people also have strengths and values and performance modes. Meaning: each will necessarily work their way – which is most probably not your way. Understanding your coworkers’ personalities and work methods is the first secret of effectiveness – that way, rather than being impediments, you can make use of their strengths and their values.

The second part of relationship responsibility is communication. Most of the time, personality conflicts arise from misunderstandings, not from incompatibilities. And the reason for all these mix-ups is that most people in an organization are afraid of asking things. Don’t be one of them: questions beget answers, and answers produce an optimal work environment.

The second half of your life

Today, most work is knowledge work, and knowledge workers are, understandably, bored after 40 years on the same job. Since they are still likely to face at least two decades of work, managing oneself in the 21st century increasingly leads one to have a second career.

There are three ways to start one:

Either way, it’s smart to start your second career as early as possible: if you do not begin volunteering before 40, you will not do that when you’re 64. And you might need to – so you can deal with boredom or other kinds of crises.

Though fairly brief, “Managing Oneself” might be one of the best self-help books ever written.

Socrates was right when he said at his trial that “the unexamined life is not worth living.” So, frequently ask yourself questions to learn more about what you can and what you can’t do. Discover what you’re good at and manage your strengths and values toward success, belonging, and contribution.

Peter F. Drucker (1909-2005) was an Austrian-born American teacher, consultant, and author with 34 books to his name, translated into more than 70 languages. The founder of the Peter F. Drucker Foundation for... (Read more)