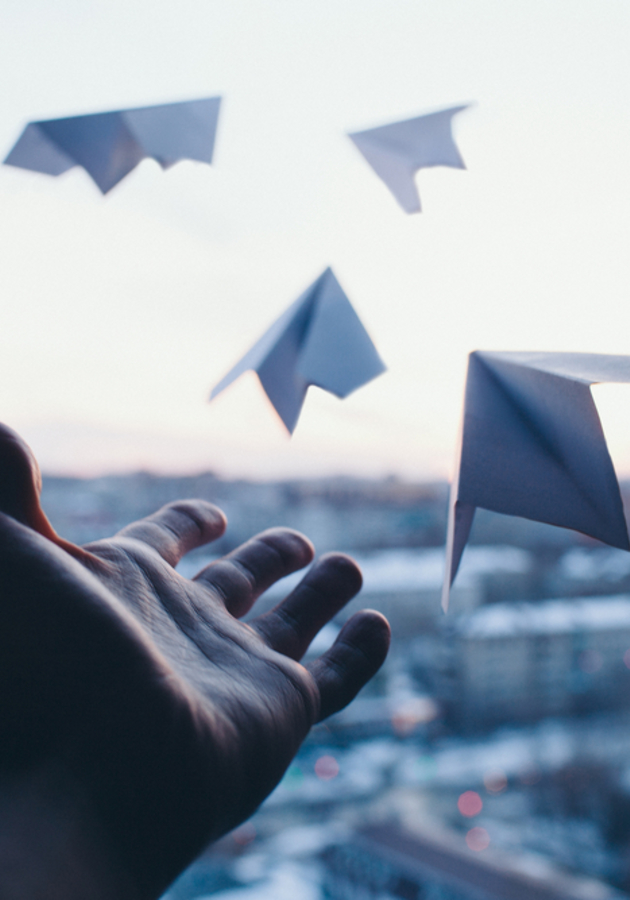 This microbook is a summary/original review based on the book: Letting Go: The Pathway of Surrender

‘’Letting Go’’ by David R. Hawkins provides a mechanism for letting go of unwanted feelings that stand in the way of achieving happiness, success, health, love, or well-being. According to Hawkins, these capacities are within us - all we have to do is learn to handle negative feelings that block them. Get ready to discover how!

Imagine yourself being in the middle of a fierce argument with your partner. You are angry and upset. However, at some point, the whole situation gains a new perspective, and it strikes you as absurd and ridiculous. The pressure you felt is gone - you are free from the anger, you start laughing, and you feel happy once again.

This example illustrates how the letting go mechanism works. We can compare it to a sudden relief of pressure followed by a sense of increased happiness and freedom. Hawkins says this happens because almost all of us carry a ‘’huge reservoir of accumulated negative feelings, attitudes, and beliefs.’’ These make us miserable and are the reason behind many of our illnesses and problems. When we let go of negative feelings, we become in charge of how we feel - thus, we are no longer victims of anger or fear. Moreover, we free ourselves from all negative thoughts associated with those feelings. For instance, remember a painful memory from your early life, and think of all the thoughts you have about it. Once you surrender the underlying painful feeling, all the thoughts disappear instantly as well.

The reason why negativity accumulates within us is that we lack a conscious mechanism for handling it. As negativity grows, we become more and more desperate and, as we do not understand the cause of the problem, we seek help in the wrong places. We go to doctors, psychiatrists, astrologers, homeopaths; we take drugs, try meditating, read self-help books, change our diet, and so on. Hawkins says all these approaches offer a cure that originates outside of us. However, the cure we need is already within us - it just has to be ‘’reawakened and rediscovered.’’

The letting go mechanism, which Hawkins also calls the mechanism of surrender, works for everyone - despite their age, cultural background, or beliefs. It is a method that deals with the basis of the problem, with the ultimate goal of freeing you from pain and suffering. It brings you happiness and connects you with your inner feelings and experiences.

How not to handle feelings

Before learning to let go of negative feelings, let’s look at common mechanisms we use to handle them that lead to their accumulation.

So, what is the relationship between our thoughts and emotions? Scientific research says that our minds organize thoughts according to the feelings that are associated with them. Hawkins says this allows us to increase self-awareness by observing feelings rather than thoughts.

Take a man who could not find his passport shortly before his trip to a foreign country as an example. With each day leading up to the trip, he became more and more nervous, as he could not remember where he put it. Finally, before deciding to give up on going away, he remembered to do the letting go technique. So, he asked himself, “What is the basic feeling that I’ve been ignoring?” He then became aware that he was sad because he did not want to separate from his partner. Also, he was scared that the distance would weaken their relationship. After he let go of the grief and fear, he felt relieved and concluded that the trip could be a test for his relationship. If they could not handle a two-week absence, it was not worth staying in it at all. As soon as he freed himself from negative feelings, all thoughts about the missing passport disappeared, and he remembered where it was.

Hawkins says, ‘’Handling a crisis from the emotional rather than the intellectual level will shorten its duration dramatically.’’ So, what does that mean? Let’s say a man lost his job. Handling the crisis from the intellectual level means reviewing the situation over and over again and becoming obsessed with future scenarios. What kind of job should he look for now? How long will it take him to find another job? What salary should he aim for? Handling it from the emotional level, however, means letting go of fear that he won’t find another job. As he does this, all the alternate possibilities will become suddenly apparent to him.

When it comes to unresolved past crises, the emotional handling technique involves seeing the event from a different perspective. Think about the lessons you learned thanks to your past difficulties, and find a hidden meaning in them. For instance, the man who lost his job may realize that he would never have dared look for a better job if he hadn't lost the first one.

Do you remember Eeyore, the pessimistic and gloomy donkey in “Winnie the Pooh?” For Hawkins, this character illustrates ‘’much of the world’s population that is functioning on the level of apathy.’’ What characterizes apathy is a lack of hope that our situation will improve or feeling that we can do nothing about it.

According to Hawkins, apathy is the price we pay for being overwhelmed with negative feelings. He also emphasizes that it is normal to sometimes feel apathetic. The problem arises when we face overwhelming apathy about our whole life situation. Fortunately, practicing letting go techniques allow us to surrender apathy, which means looking at our thoughts objectively and identifying underlying negative feelings.

The phrase apathetic people frequently use is ‘’I can’t.’’ Hawkins says this phrase usually replaces another one: ‘’I won’t.’’  And when we say “I won’t,” we cover up other feelings, such as fear or shame. For example, let’s say you avoid dancing at parties because you believe you are not a good dancer. The first step to letting go would be to ask yourself whether your belief you cannot dance is a cover-up. Try to replace ‘’I can’t’’ with ‘’I won’t’’ and identify the feelings associated with it. Ask yourself why won’t you dance. As you do that, you might realize you are afraid of being embarrassed in front of others while dancing. Therefore, moving from apathy to action would mean letting go of your pride and fear of being ashamed.

Once we examine our ‘’I can’ts’’ and find out that most of them are really ‘’I won’ts,’’ we are on the pathway to surrender. Keep in mind, though, that our unwillingness to do something does not always have to result in letting go. ‘’We are perfectly free to refuse to let go,’’ Hawkins emphasizes. The important thing is to learn to question our thoughts and actions to become more conscious about them. Realizing that “I won’t do something” is quite different than thinking that “I’m a victim and I can’t,” is, therefore, an inevitable part of that process.

The benefits of letting go

By continuously letting go, you get closer to the real Self, as you are no longer a victim of your feelings - they come and go, and you are just witnessing them (not identifying with them). Overall, practicing letting go techniques brings visible changes to every aspect of our lives. Let’s explore what aspects of our lives benefit the most from it.

To change your life for the better, follow the roadmap Hawkins provides in ‘’Letting Go.’’ It will teach you that there are no unsolvable problems, as all answers lie within us. When you let go of your negativity, all obstacles will disappear, and you will discover a path to self-improvement and happier and peaceful life.

Think about some unfortunate events from your past. What have you learned from them? How did they help you change for the better?

David R. Hawkins is a pioneering researcher in the field of consciousness, as well as an author, lecturer, clinician, physician, and scientist. He is also director of the Institute for Spiritual Research, Inc., and founder of the Path of Devotional N... (Read more)