It's Not Supposed to Be This Way - critical summary review 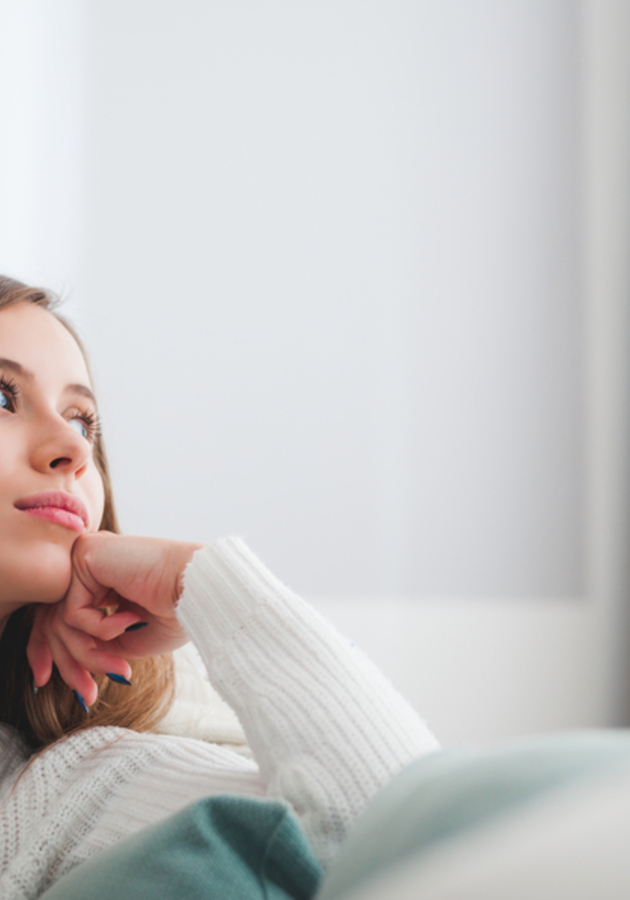 This microbook is a summary/original review based on the book: It's Not Supposed to Be This Way: Finding Unexpected Strength When Disappointments Leave You Shattered

There is one statement often heard from religious people in difficult times: “God won’t give you more than you can handle.” “But that’s not actually in the Bible,” answers back Lysa TerKeurst, a gentle and leading voice in the Christian community. On the contrary, in fact: “He sometimes will allow more and more and more,” she writes “It’s Not Supposed to Be This Way” reveals how TerKeurst found unexpected strength when disappointments left her shattered. Get ready to hear her out – so that you know what to do in such times yourself!

Living in uncertainty, while attached to outcomes

We all have a vision of how our lives are supposed to turn out, and that allows us to endure many difficult moments. As unbearable today might be, tomorrow will be better. After all, all great novels require some turmoil, or even a tragedy for added personal insight. But once you reach the last chapter, each broken heart, painful revelation, or undeserved reversal of fortune – everything bad that has befallen you or might come your way – will start making sense.

The tragedy of life – as Danish philosopher Søren Kierkegaard aptly noted some two centuries ago – is that it must be lived forward, though it can only be understood backward. Nobody knows the ending in advance. Even worse, not only can we not predict the ending, we often can’t control it either. As attached to the ultimate outcomes as we might be, we are unavoidably stuck in the hazy uncertainty of the present. Life happens to you here and now, and there’s no way to know what might happen tomorrow, and whether you will be rewarded for your good behavior or not.

In fact, some people might never be rewarded in this life – at least not as presented in their self-directed mental movies of the future. Just like the Old Testament prophet Job, they will spend most of their moments here on earth struggling to understand the hard stuff and wondering what they could have done differently. By doing this, warns TerKeurst, they might miss “the chance to see all the good God has placed around them just for them.” She goes on: “Though we can’t predict or control or demand the outcome of our circumstances, we can know with great certainty we will be okay. Better than okay. Better than normal. We will be victorious because Jesus is victorious. And victorious people were never meant to settle for normal.”

Lysa’s story: a life of hardships and doubts

Just a few years ago, TerKeurst would have never settled for normal. But then, the life she had imagined for herself – the wished-for outcome she had built toward – slowly, but surely shattered into smithereens.

It all started at the beginning of 2016, when she discovered her husband Art was having an affair. For the sake of their five children (two adopted), she made the decision not to divorce him and kept the news private for 18 months.

During this year and a half, she survived a significant health scare which led to her undergoing surgery to remove half her colon. There were also quite a few financial problems and the feeling she was growing apart from one of her children. To make matters worse, Art continued being unfaithful and abusing substances. So, in July 2017, TerKeurst publicly announced that, after 25 years together, she and her husband were separating for good.

She was still grappling with the aftermath of this decision when her doctor called to tell her she had breast cancer. Her entire world flipped upside down. And it wasn’t the first time. As a child, TerKeurst was  sexually abused for three years by a grandfather-like person in her life, beginning at just eight years old. Then, when she was 11, her father walked out on her family. Her mother eventually remarried to a man who treated Lysa and her sister as if they were his own, and everything was good for a while. By the time she turned 18, the family expanded with two more girls. But tragically, the youngest, Haley, died as a result of medical negligence.

Before too long, TerKeurst started questioning everything, including the existence of God. It would take her a long period of struggle and rebellion – which even led to an abortion – to find him. In 2017, after decades spent in his presence, she started having doubts again. Who wouldn’t – after a tumultuous year of betrayal, addiction, divorce, bankruptcy and health scares?

The hopeful theology of suffering

Nobody has problems with God when their “normal” looks as they thought it would; but most people question him when it doesn’t. Some even walk away from God when the hard stuff spills over and drowns the years in tears and pain. Just like Job, people can’t understand the reasons for their troubles, and allow themselves to fall victim to the “sinking suspicion that God is the one who set fire to the hope that was holding [them] together.”

And indeed, there is a difficult dilemma – a paradox even – which lies beneath the faith of every Christian, and threatens to shake it to the very core when reality stops aligning with expectations. It can be formulated in a question: how and why should one serve a God who allows hurt? If he is good, then why all the suffering? If not – isn’t the anger against him justified in moments of agony and anguish?

The easy answer is that it isn’t – because God has a plan for everybody, and because the deserving ones will eventually be rewarded in heaven. However, nobody facing hardship – which is almost everybody at some time or another – would ever be satisfied with such an answer. To give a better one, TerKeurst revisits the Bible and the story of Adam and Eve and asks a thought-provoking question: why didn’t God strip the awareness of perfection out of their hearts before banishing them from the garden of Eden? Wouldn’t everything be a lot easier if we didn’t know any better?

It would, of course; but that was never God’s point. It’s easy to believe in God when everything’s going great. Even atheists instinctively thank him in moments of joy and sudden reversal of fortune. But only true believers trust God when it’s the most difficult or even absurd thing to do. Make no mistake, though: even in the hearts of the greatest of believers, true faith isn’t a given or a constant. It’s, more accurately, the result of a process, an effort, a Jacob-like struggle with God. After all, even Abraham and Job struggled to come to terms with their God-granted fortunes. They had imagined a different outcome for themselves than the one God had imagined for them. Hence, the struggle; hence, the more profound and firmer belief in the end.

So, suffering is God’s invitation to trust him and a reminder to not run ahead of him. Sure, you can write your own good story and become attached to the outcome, but you cannot hold God accountable if things don’t work out the way you’ve planned. After all, it’s your story – a story that you have written for yourself; it’s not the story God has promised you. The discrepancy between the two shouldn’t be a reason to doubt God’s plan and start feeling – like Eve probably did before biting the apple – that you can do better than God. Because, in reality, it’s nothing but an immense invitation to get better. Disappointment, writes TerKeurst, “isn’t proof that God is withholding good things from us. Sometimes it’s his way of leading us home.”

And that home is, of course, the yet-to-come Eden restored. One day God will victoriously welcome us there, but in the meantime, “we must understand our need to wrestle well in this space between two gardens. And we must learn to live and love in the imperfect rhythms of our clunky humanity, trying to stay on beat within a symphony of divinity.” Rather than being a burden, our suffering is the central part of our story – we learn and grow better only through it. Think of it this way: if God stripped Adam and Eve out of the cause of their disappointment, then He would have also robbed us of “the glorious hope of where we are headed.” We’re sometimes hurt because our lives aren’t perfect; but precisely because of this idea of perfection ingrained in our hearts in the Garden of Eden, we always know what to strive for.

God never forsakes us – he just goes to great lengths to remake us. Disappointments, believes TerKeurst, may be the exact appointments our soul needs “to radically encounter God.” They are not a reason to run away – but a reason to turn a different way. Sometimes, she writes, “to get your life back, you have to face the death of what you thought your life would look like[…] Dust doesn’t have to signify the end. Dust is often what must be present for the new to begin.”

Exposing the enemy and a few fighting words

God is the Ultimate Creator and speaks in a language of freedom; Satan, the arch-negator, speaks in a language of restriction. God wants us to grow, but growth means constant change, and change necessitates leaving some things behind. Comfort is merely a by-product of the process, and should never be its objective. If it becomes, it might lead you to have doubts in the midst of the struggle. And this is precisely what Satan wants – to paralyze you and compromise you with fears and doubts and what-ifs. He is the enemy of growth and self-renewal because these things lead to Eden restored. “We are imperfect because we are unfinished,” TerKeurst reminds us. “God wants us transformed, but Satan wants us paralyzed. To create means that I look a little bit like my Creator.”

However, to create also means to fight against the efforts of Satan. And since this is a long and difficult struggle, you might need a few “fighting words” to overcome vulnerable situations in your life. Here are TerKeurst’s, for all those moments “when you are being poured out, caught off guard, or just generally exhausted by one too many trips on the crazy train of hard disappointments”:

TerKeurst knows she wasn’t alone. In December 2018, she forgave her husband, and the two renewed their vows. Later on, she went through a double mastectomy and is now on her way to complete recovery.

Though non-religious people will undoubtedly have a difficult time connecting with this book, Christians will probably find TerKeurst’s honesty and Job-like faith inspirational and rousing.

Because, at the end of the day, “It’s Not Supposed To Be This Way” is a transparent, compassionate, and mightily powerful book – permeated with confidence and trust in God.

Whatever you’re going through – keep going. There’s hope on the other side of this. And you’re not alone.

Lysa TerKeurst is an American writer and the President of Proverbs 31 Ministries. She is the author of more than 20 books, five of which made it to the top of The New York Times bestselling list: “Unin... (Read more)