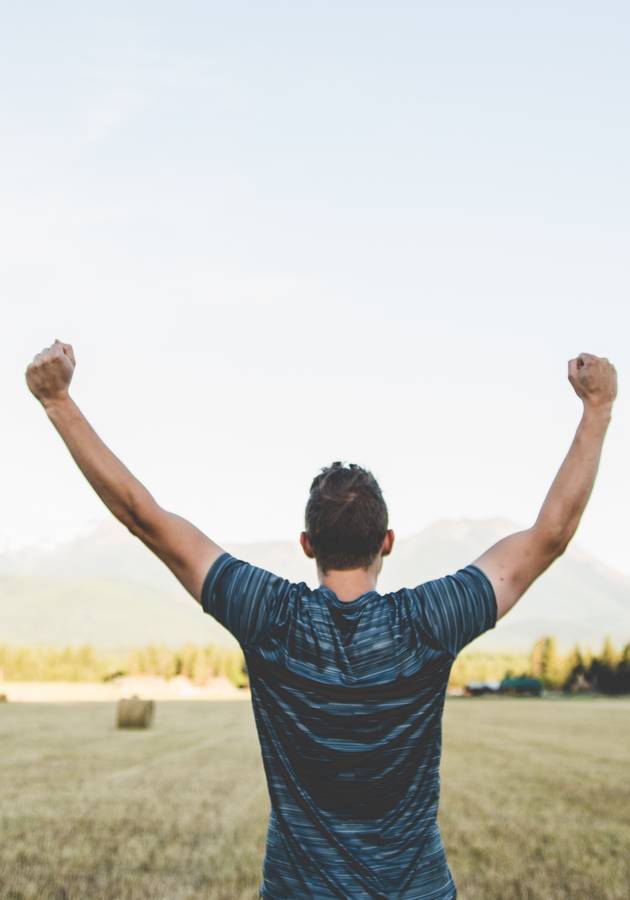 This microbook is a summary/original review based on the book: Good to Great: Why Some Companies Make the Leap...and Others Don't

Have you always wondered how some companies manage to survive troublesome times while others fail or give up? Some companies are great, and others are merely good. So, how do you create a great company?

How to become a great company

How do some companies create long-term success, while others never manage to become better than good? To find out, Collins and his research team  looked at great companies that suddenly made the leap to making three times the market profit for 15 years. These were then compared to companies which stayed on the market average, or below.

To find out what made these companies so exceptional, the research team looked at all articles published on these 28 companies, dating back 50 years or more. They also interviewed most of the good-to-great leaders.

The good-to-great companies were characterized by a slow buildup to a sudden breakthrough. What was crucial to their success were so-called Level 5 leaders: “an individual who blends extreme personal humility with intense professional will.”

Since these leaders channeled all their energy into willing their company to succeed, they managed to transform companies from good to great. Comparison companies that failed to make the leap often had a leader with a gargantuan ego.

Take paper company Kimberly-Clark as an example. In 1971, Darwin E. Smith became the chief executive and over the next 20 years, managed to transform Kimberly-Clark into one of the world’s leading paper-based consumer products companies. While shy and awkward, Smith was characterized by having a strong resolve and determination. This combination allowed Smith to lead his company to greatness.

Good-to-great leaders understand that the right people make a company great. The right kind of people are self-motivated and will drive the company to greater success. Additionally, even if you know which direction to take as a company, having the wrong kind of people on board will hinder your success.

Take Wells Fargo as an example. In the 1970s, CEO Dick Cooley began assembling a management team that Warren Buffett even named the best management team in the industry. Cooley knew that the banking industry would undergo major changes and decided that having the right people on board would help him successfully navigate these changes.

So, he started hiring outstanding talents whenever he came across them, often without a specific job in mind. And this strategy paid off: when most of the banking sector fell as much as 59% behind the stock market, Wells Fargo outperformed the market by more than three times.

Many comparison companies took the “genius-with-a-thousand-helpers” approach, which meant they built the company efforts around one extremely talented individual. This approach did not pay off nearly as well.

For the success of your company it is important to first focus on the “who,” then on the “what.”

To make the leap towards becoming a great company, you need to take an approach known as the Stockdale paradox.

This refers to Admiral Jim Stockdale, who was the highest-ranking military prisoner in the “Hanoi Hilton” military prison at the height of the Vietnam war. He was imprisoned for eight years and tortured more than 20 times. He didn’t know if he would survive and ever see his family again, but he did not give up. In fact, he did his best to encourage and help the other prisoners survive torture. Despite the uncertainty, Stockdale never lost faith, all the while facing the brutal conditions of his imprisonment.

Successful good-to-great companies take the same approach. They confront the brutal facts facing the company, but never lose faith that they can brave the waves and succeed in the end.

Allow for an open work culture so people are not scared to address problems. Once employees become scared of their leader, the company is headed toward mediocrity, or worse. Fear means that problems are not recognized and addressed and the company’s ability to adapt is hindered.

If you are a leader with a strong, charismatic character, you should be aware that this can be an advantage as much as a liability. To create a climate where the truth is heard, you should lead with questions, not answers. Encourage dialogue and discussions in your company.

When problems occur, you should analyze these afterwards without allocating blame. Mistakes can help you learn and help the company grow. Good and great companies have the same access to information. But good-to-great companies create mechanisms that make it impossible to ignore the information available.

According to Isaiah Berlin, the world can be divided into hedgehogs and foxes. This is based on his essay “The Hedgehog and the Fox.” Every day, the fox thinks of cunning new ways to attack and capture the hedgehog. Upon every attack, the hedgehog curls up into a perfect little ball and waits out the attack. People are the same. There are those who will cunningly pursue multiple ends and see the world in all its complexity. Hedgehogs, on the other hand, “simplify a complex world into a single organizing idea, a basic principle or concept that unifies and guides everything.”

Good-to-great companies have identified their own hedgehog concept: one unifying, governing concept to guide the company’s future development. This concept can be found where three ideas overlap: what you are deeply passionate about, what you can be the best at in the world, and what drives your economic engine. A hedgehog concept means understanding what you are best at.

Take Abbott Laboratories as an example. In 1964, Abbott began by confronting a brutal fact: they had missed the opportunity to become the best pharmaceutical company. And even though their whole history had been in pharmaceuticals, they started looking for other avenues that allowed them to become the best in the market. Finally, they decided to focus on making healthcare more cost-effective, and by 1974 they had their breakthrough and continued to outperform their competitor, Upjohn, by 5.5 times for the next 15 years.

Once the right people have been hired and a hedgehog concept has been developed, it is absolutely crucial to build a company culture of self-discipline.

Having such a culture both enables people to develop freely and act responsibly, while still adhering to a consistent business strategy in the hedgehog concept. Good-to-great companies are characterized by people who are diligent and intense. This helps creativity and growth to flourish.

You can picture such a company culture similarly to the work of airline pilots. They go through a set checklist to start and land a plane safely, which in the face of strong winds allows them the freedom and responsibility to land the plane safely as well.

In accordance with being disciplined, it can sometimes be hard to keep your eyes on the goal, especially when new and promising technology arises. However, you should always see technology as a means to an end, and only utilize it if it helps you to move your business forward.

If a new piece of technology fits into your hedgehog concept, you should go ahead and use it. Utilized in this way, technology can become an accelerator of momentum and increase the company’s growth. A great company responds to technological advances with creativity and curiosity.

Walgreens, for example, driven by its aim to provide excellent corner drugstores, adopted satellite communications and computer network technology 10 years ahead of their competitors, and utilized these to tailor the stores to their particular demographic’s needs.

You should envision the growth of your company like the movement of a flywheel. To get the 5,000 pounds worth of metal rotating on its axis, you need to continuously push, and build up momentum over a long time. But at some point, this momentum will translate into speed.  While you don’t need to employ more effort than you did when you first started pushing the flywheel, it now turns faster and faster. You’ve managed a breakthrough.

Good-to-great companies are defined by the same process. They build momentum through a series of small pushes, and eventually they achieve a breakthrough. The work they’ve been building on then continues to create great results.

So you don’t need one great action that completely changes the company. Instead, keep working according to your hedgehog concept. Take Circuit City as an example. In 1984, the company was featured in Forbes magazine, depicting it as an overnight success. However, by that point, over a decade of small transformations had taken place: starting with Alan Wurtzel becoming the CEO in 1973, making changes to the executive board and developing a hedgehog concept.

In 1974, Circuit City started experimenting with a warehouse showroom style of retailing, which they started to adopt in their stores in 1976. Between 1982 and 1999 Circuit City then generated stock returns at 22 times higher than the market.

Even though the transformations may look dramatic from the outside, good-to-great transformations never happen in one fell swoop. In fact, swift change might actually have the opposite effect. Comparison companies often tried creating such a miracle moment and got caught in the “doom loop.” This is when there is a disappointing outcome as a result of an orchestrated breakthrough moment, with no natural buildup leading up to it. The company then scrambles to adopt a new project, again aiming at a miracle moment, only to be disappointed again.

The buildup to breakthrough, even though it may be hard work, is essential to produce long-lasting success.

Good-to-great transitions don’t happen overnight. They require the buildup of momentum through disciplined people, disciplined thought, and disciplined action. It’s important to start by hiring the right people, which will lead to a disciplined and creative company culture and the development of a hedgehog concept. Keep pushing and have faith that you will be successful in the end!

“Good to Great” was named one of the top 10 business books of 2001 by “Business Week” and presents groundbreaking research on how companies become successful. A must-read for any entrepreneur!

When you’re hiring someone and you’re not sure whether they’re the right fit, keep looking. Only hire the best people.

James C. "Jim" Collins, III is a business consultant, author, professor, and speaker on sustainability and business growth. Collins received a BS in Mathematical Sciences from Stanford University and subsequently obtained his MBA (also from Stanford) followed by 18 months as a consultant to McKinsey & Company. He then worked as a product manager for Hewlett-Packard. Collins began his career as a researcher and professor at the Graduate School of Business at Stanford University, where he received the Distinguished Teaching Award in 1992. In 1995, he... (Read more)