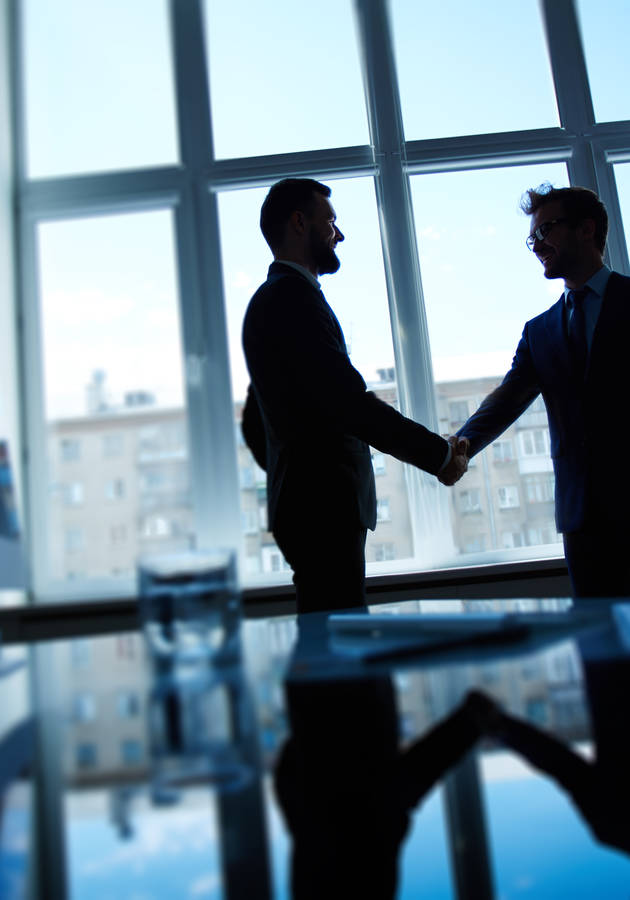 This microbook is a summary/original review based on the book: Getting to Yes: Negotiating Agreement Without Giving In

Whether it is a raise with the boss, a dinner out with the spouse, or a joint venture with a longtime business partner – everyone negotiates something with someone every day. Even so, negotiations rarely get the expected results, and usually leave both sides dissatisfied, worn out and alienated. Are we missing something? Is there a better way for people to deal with their differences?

To answer this question, back in 1979, Harvard University initiated the Harvard Negotiation Project (HNP). Published two years later and co-authored by the joint heads of the project, “Getting to Yes” was the first book to present the findings of the HNP to the general public. Almost instantly deemed a classic, it still is considered “the key text on problem-solving negotiation.”

So, get ready to learn what makes negotiation possible and prepare to discover “a proven, step-by-step strategy for coming to mutually acceptable agreements in every sort of conflict.”

The problem with bargaining over positions

Whenever a conflict arises, most people find themselves in a dilemma, seeing no more than two ways to negotiate the solution: soft and hard.

Soft negotiators are prepared to make concessions to reach any kind of agreement and yearn to avoid fights at all costs. Aiming for an amicable resolution, they often end up being exploited and feeling bitter. Hard negotiators, on the other hand, want to win. They see every situation as “a contest of wills in which the side that takes the more extreme positions and holds out longer fares better.” Unfortunately, in the long run, they lose a lot as well, often the relationship with the other side.

The problem with each of these two types of negotiating is the same: they are positional, meaning they take the form of a sequence of positions, successively taken and given up by the negotiators. However, positional bargaining incentivizes people to see negotiation as a kind of “win-or-lose game,” which is precisely what it shouldn’t be. As a result, whether hard or soft, positional bargaining fails to meet at least one – and most of the time, all three – of the criteria that define a successful negotiation:

The good news is that you don’t need to choose between soft and hard negotiation: there is an alternative, explicitly designed to produce wise agreements that improve relationships in the most efficient manner possible. Developed by the HNP in the late 1970s, this method is called principled negotiation or negotiation on the merits and can be boiled down to four basic points:

The four rules of principled negotiation

Now that you know the starting point of the four propositions of principled negotiation, it’s time to learn something more about each of them. It’s important to note from the outset that these four elements are relevant from the beginning to the end of the negotiation process and should be taken into account during each of its three stages:

No. 1. Separate the people from the problem

A basic fact about negotiation (one that most people and relevant books seem to forget) is that you are dealing with human beings – not with abstract representatives of the “other side.” And human beings have egos, tend to be prejudiced, frequently confuse personal perceptions with reality, and are habitually incapable of interpreting what other people say in the way it is intended.

Because of this, you have to pay attention to the people’s problem at all times and stages. Otherwise, you might end up discussing a relationship instead of a problem. Just think of all the ways a simple factual statement such as “our bank account is low” or “the kitchen is a mess” has been understood as a personal attack and has kickstarted a vicious argument! To find your way around most human-related negotiating issues and become adept in the skill of separating the people from the problem, it is useful to think in terms of three basic categories: perception, emotion, and communication.

No. 2. Focus on interests, not positions

Consider this story. Two men are quarreling in a library: one wants the window next to them closed, and the other open. They can’t reach a compromise over how much of it to leave it open, and, after some lengthy bickering, some of the other readers call the librarian. She asks one why he wants the window open: “To get some fresh air.” She asks the other why he wants it closed: “To avoid the draft.” A few moments later, she comes up with a solution: she opens wide a window in the next room, bringing in fresh air without a draft.

This story is typical of most negotiations – instead of being about the underlying interests, they are about positions. There is a big difference between the two: interests, by definition, are what really defines the problem and what lies hidden behind a negotiator’s position. “The basic problem in a negotiation,” suggest Fisher and Ury, “lies not in conflicting positions, but in the conflict between each side’s needs, desires, concerns, and fears.”

To discover the other party’s interests, ask yourself why and why not. “Why” puts you in the other side’s shoes and lets you understand their basic concerns; “why not” lets you think about why they have chosen their current position instead of some other. In searching for the basic interests that govern someone’s declared position, look particularly for those “bedrock concerns which motivate all people,” our basic human needs: security, wellbeing, a sense of belonging, recognition, control over one’s life. “If you can take care of such basic needs, you increase the chance both of reaching agreement and, if an agreement is reached, of the other side’s keeping to it.”

No. 3. Invent options for mutual gain

Most negotiations fail because the parties are unable to think outside the box under pressure. That’s why you should come prepared to the negotiation table with at least a few options for mutual gain. Moreover, you should be ready to invent a few more once you get to know the other side a little better. Four major obstacles might inhibit this process:

To overcome these constraints, you should always consider brainstorming – in the best-case scenario, with the other side as well. But, even if it is with your own people, a brainstorming session should broaden your options. Looking through the eyes of different experts might also help, as should identifying the shared interests with the other side. Once again, putting yourself in the other side’s shoes is the real game-changer: only then can you understand how you can make their decision easy.

No. 4. Insist on using objective criteria

The best way to settle differences of interest between two sides is negotiating on some basis independent of the will of either side, that is, on the basis of objective criteria.

You must try to include some fair standards in your negotiation if you’ve identified conflicting interests (not positions) – whether it is a precedent or scientific judgment, whether market value or efficiency. If that is impossible, then try to incorporate some fair procedures: it might be difficult to divide a cake between two children until you determine that one will cut the cake, and the other will choose the piece.

Once you manage to identify and agree upon the fair standards and the fair procedures, there are just three basic points you should follow during the negotiation:

Yes, but…: dealing with hard bargainers

“This all sounds great in theory,” you say, “but, in the real world, the other side is usually richer and more powerful, uses dirty tricks or, simply, doesn’t want to play your game.” So, how should you deal with this type of hard bargainer?

Well, if they are more powerful, then you can’t really. No method will guarantee you a successful outcome in this case. However, be sure to never start this kind of negotiation without developing your BATNA first, an acronym to your best alternative to a negotiated agreement. To do so, invent a list of actions you might take if there isn’t an agreement, convert the more promising ideas into practical alternatives, and select, tentatively, the one alternative that seems best. That is your BATNA: pursue it. We know it’s not rosy, but it’s something.

If the other side uses dirty tricks – such as phony facts and ambiguous authorities – then “recognize the tactic, raise the issue explicitly, and question the tactic’s legitimacy and desirability.” The final objective is to redirect the negotiation from the substance to the procedure and allow yourself an opportunity to renegotiate the rules of the game before restarting it.

Finally, if the other side doesn’t want to play, then surprise them by using negotiation jujitsu: invite criticism and advice instead of defending your ideas, treat the other side’s position as a valid option and recast an attack on you as an attack on the problem.

Researched, readable, and realistic, “Getting to Yes” is, to paraphrase none other than John Kenneth Galbraith, by far the best book on negotiation ever written.

Consequently, it might be the most useful book you will ever read. An excellent primer on the fundamentals of negotiation, “Getting to Yes” should teach you how to approach every single negotiating problem, whether personal or business-related.

Whenever you’re negotiating something with someone, be sure to separate them and their interests from their positions and the problem itself.

Roger Fisher (1922 – 2012) was professor emeritus at Harward Law School that specialized in conflict management. As such he worked on the famed Marshall Plan after World War II, directed the Harvard project... (Read more)

Getting to Yes is now available in the 12min app! Download now and read for free.

Getting to Yes is now available in the 12min!

The microbook based on Getting to Yes is already available on 12min. Leave your email and you will receive a invitation to download the 12min app. Our app is available for iPhone and Android and in it you will find all our microbooks in text and audio. By registering, you get 3 days of unlimited access!