Get Out of Your Own Way - critical summary review 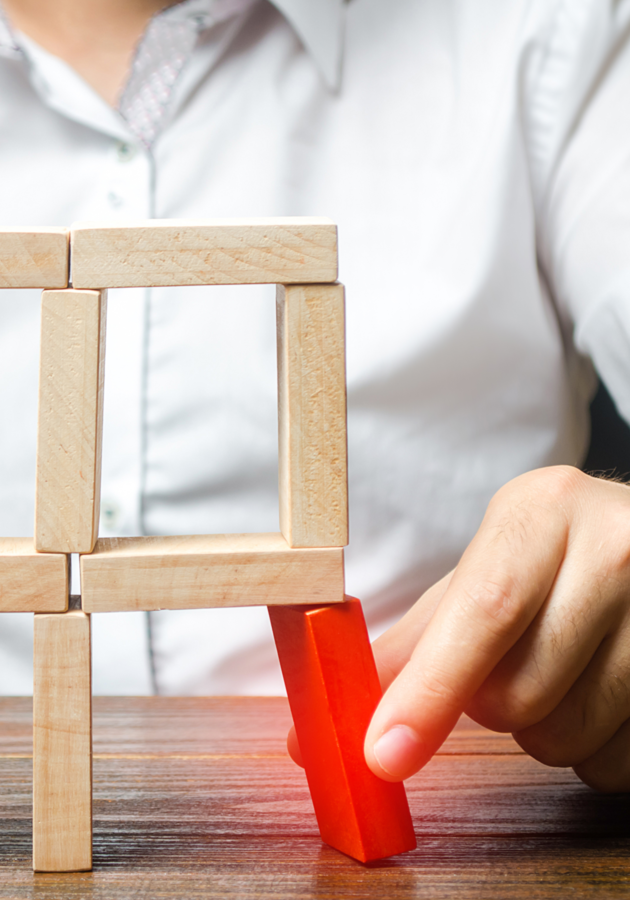 Have you ever wondered what the main reason people go to psychotherapy is? According to Mark Goulston and Philip Goldberg, people predominantly seek professional help from a psychiatrist when they act in ways that keep them from gaining love, success, and happiness. In "Get Out of Your Own Way," they address the self-defeating coping mechanism and provide knowledge and valuable insights one needs to stop behaving in their worst interest. So get ready to learn how to beat self-defeat and become your own best friend—instead of being your worst enemy!

Why we defeat ourselves

Anyone who has been in medical school knows how grueling it is to reach the moment of graduation. Countless medical students quit before finishing their studies—those who don’t, often need to fight their urge to drop out. Mark Goulston, luckily, belonged to the latter group. In 1972, when he was a sophomore, he considered giving up on his dream to become a doctor. "My class work felt oppressive, and I could not decide on a specialty because none of them appealed to me," he remembers. He did enjoy spending time with patients—he says he had a natural gift to calm them and ease their concern. In fact, the first time he thought he chose his specialty was at the psychiatric wards. However, he resisted even imagining himself becoming a psychiatrist. Since dealing with patients was easy and natural to him, he thought pursuing his career in psychiatry would only be the easy way out. "​​In my mind, work was not supposed to be something you enjoyed but something you endured. If it wasn't hard, it wasn't legitimate," Goulston writes. When he shared his concern with the dean, he told him: "Sometimes the easy way out is the right way in."

The dean’s answer changed Goulston’s life course in two ways. First, he decided to become a psychiatrist, despite that idea seemed an easier path for him. Second, he identified his most common self-defeating behaviors: quitting too soon and assuming that the hard way was the right way.

Whenever we are in a crisis or a potentially upsetting situation, we look for the quick and easy way out of it. We make illogical moves and grasp something that will reduce our tension and keep us from getting hurt. However, acting on impulse and choosing immediate gratification over lasting satisfaction does not bring desirable results in the long run. Therefore, just like Goulston, we need to recognize common self-defeating behaviors that prevent us from living a loving, successful, and happy life—and learn to respond to challenging situations with more awareness, dignity, wisdom, and courage.

Become your own grandparent

"As with most persistent patterns," the authors write, "self-defeating  behavior usually has roots in childhood experience." Children who grew up with the loving, patient, and supportive parents develop healthy coping mechanisms when faced with stress and trauma. In adulthood, these individuals tend to be resilient, confident, and resourceful. If they do develop any self-defeating behavior, they are relatively minor and easy to overcome. Conversely, abused or neglected children without parental love develop unhealthy coping mechanisms because they feel unprotected and alone. When they find themselves in stressful situations in adulthood, they do anything to make their unbearable feelings bearable. The same goes for children who did not lack love but adequate guidance from their parents. As adults, they often feel unsafe in the face of adversity because they feel incompetent and incapable. In both cases, their coping mechanisms that bring quick relief from discomfort eventually become self-defeating behaviors.

People who lack parental love or approval often chase them throughout their whole lives. Unfortunately, their many attempts to change the way their parents treat them turn out to be self-defeating since they continue to get the same response from them. Luckily, there is a way to beat this self-defeat.

Whenever you are unsatisfied with the way your parents treat you, do not blame them as usual. In many cases, what you want to get from them is precisely what they did not receive from their parents. As it is hard for them to give you what they lacked, they mimic their upbringing. Therefore, "if you want what you never got from your parent, become your own grandparent," the authors advise. That means, for instance, if you seek a parent's approval, tell them you are proud of them because the great chances are they never heard this from their parents. Simply, stop defeating yourself by chasing their love and approval because you likely won’t get them. Instead, express your love to your parents and tell them how proud you are of them. You will be surprised how moved they will be, even to the point of tears.

"Why do I always get involved with men I end up feeling scared or sorry for? Isn’t there some way to spot them in advance?" Judy asked desperately after breaking up with another guy. Sadly, she is not the only one wishing to end the cycle of bad relationships with guys who turn out to be alike in the end. Many of us repeatedly get involved with the wrong people who share the same characteristics—either they are controlling or clingy and needy.

The authors say, "If you repeatedly get involved with the wrong people, each of them is probably one of two types." According to them, people of the first type usually impress you with power, charisma, and strength. Even though they do not hurt you right away, they inevitably do at some point. You will recognize them for being competitive, adversarial, and belligerent. Often a product of abusive childhoods, these people make you feel inferior because they cannot stand to lose. Every disagreement becomes a confrontation for them in which they try to gain the upper hand. "It's as if they were so badly hurt as children they vowed to always get their way as adults," the authors write. Since they are in a constant war with everyone around them, the authors call this type "people with a core of hate."

You can also display self-defeating behavior by being constantly attracted to the type the authors call "people with a core of hurt." Being with them is draining since they often make you feel guilty because of something you said or did. Emotionally neglected in childhood, core of hurters usually feel unloved, unspecial, unworthy, and unprotected.

So, how can you deal with these types of people? First of all, you certainly should avoid those with the core of hate. If that is impossible, don’t be intimate with them, and under no circumstances should you argue or compete with them.

If you recognize someone has the core of hurt, don’t think making them happier is your responsibility. Define in advance what you expect of them and what you can give in return. And, remember: only because core of hurters act hurt, it doesn't mean you are hurting them.

One year, a 42-year old historian Janet Lake, took a sabbatical from her university to write a textbook. To satisfy her need to socialize, she began organizing small get-togethers. However, her husband Robert was not very much fond of them. He behaved rude and friendly whenever he was present, which drove Janet mad. She thought Robert did not understand how meaningful these gatherings were to her. Robert, on the other hand, believed his wife did not realize he felt inadequate at her parties.

We are often frustrated because our partners, family members, or friends do not understand us. Not only do they fail to understand us, but they also don’t even try to. However, we must learn that misunderstandings are actually unavoidable in relationships. Each individual is different and is therefore unable to comprehend the thoughts and emotions of people around them. So, instead of expecting others to understand how we feel, we can try to explain what troubles us. The best way to do it is by "using analogies to translate one person’s feelings into the language of the other." Take Janet and Robert as an example. To evoke the feelings she had when he refused to interact with her friends, Janet could ask Robert to imagine how he would feel if his team member was sullen and flippant around valuable clients at the meeting. As her friendships were as important to her as his business clients were to him, his feelings in that situation would probably be equal to those Janet had when Robert misbehaved at her parties. Since he also wanted Janet to understand him, Robert could present her with a hypothetical situation that would make her feel the way he did at her get-togethers.

So, whenever you feel frustrated because someone doesn’t understand your feelings, don’t get angry because you will only create the opposite effect. Calm down instead and try to express yourself differently. If that does not help, present another person a situation that would get them to feel the way you do.

Lessons to learn from self-defeating behavior

There are many lessons we can learn when trying to understand the ways in which we defeat ourselves. This section will reveal the most important ones that will help you stay on the right path to overcoming your self-defeating behaviors. Moreover, they will remind you why abandoning unhealthy behavior patterns is always rewarding in the end.

People are peculiar creatures—just as they invent numerous ways to make their lives better, they also find plenty of ways to sabotage their love, happiness, and health. Perhaps one of the saddest things you can experience is to come to the end of your life and realize you haven’t fulfilled your hopes and dreams because you could not get out of your own way. Therefore, beat your self-defeat and start living a life you won’t later regret.

Think of something you never received from one of your parents, such as pride, love, or acceptance. If you believe your parents also lacked the same things during their upbringing, act as your grandparent and find ways to offer them what you need.