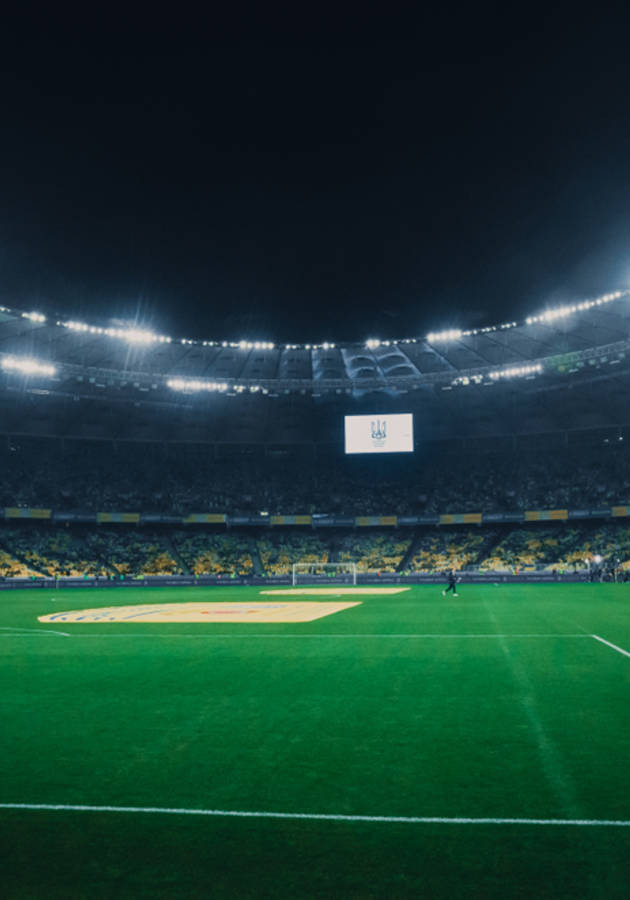 This microbook is a summary/original review based on the book: Friday Night Lights: A Town, a Team, and a Dream

In July 1988, noted Pulitzer Prize-winning Philadelphia journalist H.G. "Buzz" Bissinger moved with his family to West Texas, to a town called Odessa. An addicted sports fan, he was fascinated to learn that out of Odessa’s 90,000 inhabitants, over 20,000 filled the seats of the local stadium every Friday night to watch their favorite football team, the Permian High School Panthers.

Ever since Buzz was 13 years old, he wanted to explore “the idea of high school sports keeping a town together, keeping it alive." Now, he knew he had the chance. He didn’t know, however, that, over the following year, he would discover something even more profound.

One of the best sports books ever written, “Friday Night Lights” shares the results of Bissinger’s investigation. So, join us at the line of scrimmage and tag along as we meet the 1988 Panthers and follow their run toward the Texas State Championship – fumbles, tackles, touchdowns and all.

Prologue: the invention of a city

Most towns are founded; Odessa, in the words of Buzz Bissinger, was “invented.” “There had been no reason for its original existence,” he writes. “It owed its beginnings to a fine blend of Yankee ingenuity and hucksterism.”

Namely, two decades before the end of the 19th century, a group of men from Zanesville, Ohio, saw a great opportunity to make money, if only they could figure out some way to get people to the dry and arid land of Odessa. So, they started advertising it as being as fertile as that of the finest acre of farmland in Kansas or Iowa. And on May 19, 1886, during a great land auction, people – mostly German Methodists from western Pennsylvania – bought not only their story but their land as well.

Since nothing could really grow in Odessa, nothing really happened for the next half a century: by 1900, the town had only 381 residents, up to a little over a thousand in the next census of 1910, and down to 760 a decade later. Most of these people depended on ranching, but droughts made their survival almost impossible. Little did they know that their houses had been built in the middle of the oil-rich Permian Basin that, even today, accounts for one fifth of US crude oil production.

And then, in 1926, they suddenly found out. Overnight, the town transformed from a dying settlement to an overcrowded den of lawlessness riddled with numerous issues, ranging from prostitution and chronic diarrhea to non-operational infrastructure and “a rat problem so severe that the local theater put out a rat bounty and would let you in free if you produced twelve rat tails.”

Odessa, a city obsessed with football

As Odessa grew, so did the town’s obsession with football, spurred on by the unlikely success of the Odessa High School’s football team that won the state championship in 1946. It was a monumental event for a town of Odessa’s size, akin to Armstrong’s landing on the moon. Everybody there had an answer to the question, “Where were you the moment the Bronchos won the championship?” And, in the case of most, the answer was “at the stadium.”

In 1959, thanks to an economic boom, a second high school opened in Odessa, the Permian. Within the next two and a half decades, the Permian High School outgrew its predecessor both in popularity and football success. It not only managed to win four state championships (in 1965, 1972, 1980, and 1984), but it also became the real pride of the town. Since losing its primacy to Permian, Odessa High School was mainly attended by poor whites and even poorer Hispanics; the best of the best, as a general rule, went to the Permian. And when we say “the best of the best,” we don’t necessarily mean the most talented or the smartest; we mean the most skilled football players. That’s everything the town expected from their boys: not good grades and valedictorian speeches, but great passes and winning touchdowns.

And this held especially true during the last few years of the 1980s, when Odessa, after a decade-long boom, went into a dire economic slump. High school football was the only distraction, so expectations – necessarily high every year – were even higher than usual in 1988. Especially in view of the fact that the team had an incredible array of talent, the best of any Permian team in a decade. The Associated Press had even picked Permian to win it all.

The players: the 1988 Permian Panthers

An exceptional football mind, Gary Gaines had been signed as the Permian Panthers’ head coach two years before Bissinger’s arrival in Odessa. By 1988, while constantly fighting off the immense pressure coming from the football-crazed Odessans, he managed to build a highly competitive team, mostly around the qualities of the following players:

The season: an injury, a coin toss, an incomplete pass

The problems for the 1988 Panthers started even before the season had: during a preseason scrimmage in Lubbock, Boobie Miles – of all players – suffered a significant knee injury. Hoping to take part in the team as soon as possible, Boobie opted to tend the injury with therapy instead of surgery – which limited both his movement and his playing time. Coach Gaines had no option but to call up junior running back Chris Comer to replace the Panthers’ marquee player.

Fortunately, Comer would settle well, and Winchell would up his game to give the Panthers a blow-out victory in the opening game of the season. A wake-up call followed as Permian lost a tough game to Marshall, the first non-conference loss for the team in almost a decade. Amidst pressure, the team recuperated with another Chavez-led blow-out win over Midland High School, which served as a preparation for the game against their fiercest rivals, Midland Lee. Even though the two towns were actually quite similar, their inhabitants hated each other pretty profoundly. Odessans saw Midlanders as rich snobs, and Midlanders saw Odessans as uneducated rednecks and drunkards. Their game for the 1988 season ended with a Midland victory, which left an air of uncertainty around Permian’s season and Gaines’ future.

Fortunately for both, they somehow managed to win out the remainder of their games for the season to eventually accrue an identical record as the Midland Lee Rebels and the Midland High Bulldogs: 7-2, and 5-1 in the district. Since only two teams could go to the playoffs, the district's tiebreaker rule went into effect: a coin toss. With the hopes of a whole town hanging in the balance, Coach Gaines won the flip and the Permian and Midland Lee advanced.

The Panthers played extremely well in the playoffs, soundly defeating the Tascosa and the Andress High School before routing Texas’ sixth-ranked high school team, the Irving Nimitz Vikings, to progress to the quarterfinals. There, they beat the Arlington Lamar 21–7 to earn a semifinal game against, arguably, the country’s best high school football team: the Dallas Carter Cowboys. On December 17, 1988, after an incomplete pass from Mike Winchell to Robert Brown from the 24-yard line, Permian’s season ended with a bitter 14–9 defeat.

The other side of the coin

Despite their loss to the Dallas Carter, for the entire 1988 season, the members of the Permian Panthers enjoyed bathing in the glory and splendor of the magnificent Friday night lights. They were the pride of their town, local celebrities with a status comparable to that of Hollywood stars. And because of this – just like their movie counterparts from LA – they could be excused for almost every one of the numerous faults of their characters, be it propensity for fighting and late-night drinking (as in the case of Don Billingsley) or a prevailing disinterest in school (as was the case of Boobie Miles). The problem is that this kind of conduct doesn’t prepare kids for the real life that follows after high school; on the contrary, in fact: it encourages them to sacrifice their chances to succeed in the long run for one or two years of fame and triumph.

"Athletics lasts for such a short period of time,” said an Odessan father to Buzz Bissinger during one discussion. “It ends for people. But while it lasts, it creates this make-believe world where normal rules don't apply. We build this false atmosphere. When it's over and the harsh reality sets in, that's the real joke we play on people... Everybody wants to experience that superlative moment, and being an athlete can give you that. It's Camelot for them. But there's life even after it."

Twenty-five years after his first year-long stay, Bissinger returned once again to Odessa to discover what had happened to the heroes of his celebrated book in the meantime. As he might have feared, it was rarely a fairytale ending for most of them.

Boobie Miles never really recovered from his knee injury. After spending some time playing semi-pro football, he quit and started a string of menial jobs. He has a wife now, four children, and numerous regrets. Despite setting numerous QB records at Permian, Mike Winchell, still single, didn’t get a football scholarship offer and currently works as a lease manager for an energy company. Jerrod McDougal didn’t marry as well: he now works for his family’s construction business. He still has trouble letting go of football. Unlike all of his teammates, Ivory Christian received a Division I football scholarship from Texas Christian University. He never became a preacher and is currently working as a trucker.

Brian Chavez made his dream a reality, graduating from Harvard and following in his father’s footsteps to become a lawyer. However, his legal license was suspended in 2009 after he pleaded guilty for home invasion and assault of his fiancée’s ex-husband. Don Billingsley somehow found the strength to reinvent himself and is no longer the troublemaker of his youth, but a family man and a successful consultant. Finally, just one year after Bissinger’s original visit, Coach Gary Gaines won the Permian Panthers the state title. 20 years afterward, after some bad results, the school hired him once again, this time with no real success. He retired in 2012.

As of late, Odessa is doing fine economically. As a consequence, most of its inhabitants are not as obsessed with football, for the better of their children.

In 2002, Sports Illustrated ranked Friday Night Lights the fourth-best sports book ever written, describing it as “a brilliant look at how Friday-night lights can lead a town into darkness.”

And, indeed, there aren’t many books on football as poignant, painful, political and peering as Bissinger’s magnum opus.

Never forget that, though they stem from the same place, obsession is as different from love as wellbeing is from anxiety. Be careful.

H.G. “Buzz” Bissinger is an American author and journalist, best known for his book “Friday Night Lights.” In 1987, he won a Pulitzer Prize for Investigative Reporting for his story on corruption in the Philadelphia court system. He has been a contributing editor... (Read more)