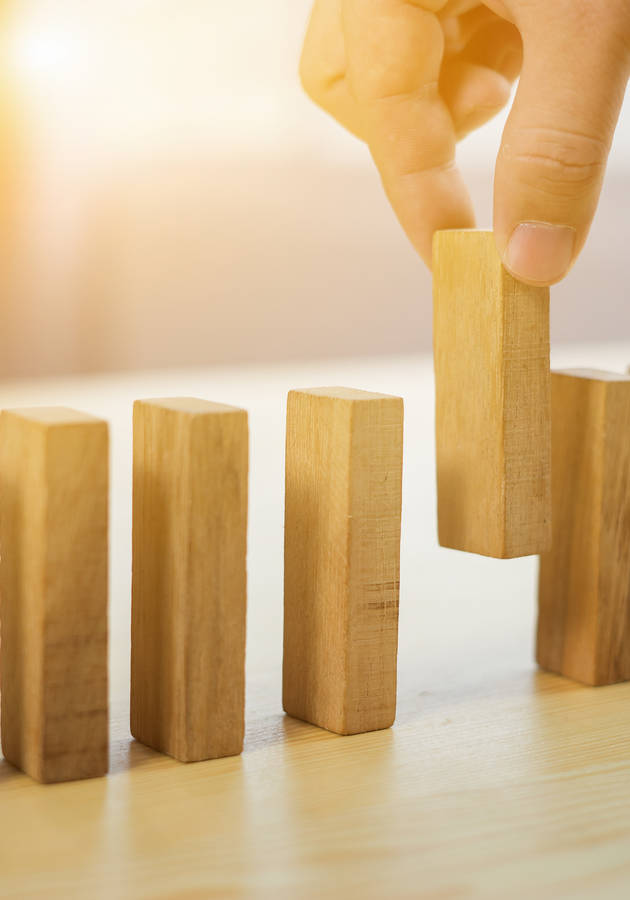 This microbook is a summary/original review based on the book: Free to Choose: A Personal Statement

Featuring more nuts and bolts, and less theoretical framework, “Free to Choose” by Milton and Rose Friedman further develops the philosophy presented in “Capitalism and Freedom” – while simplifying it for the general reader.

So, get ready to (re)discover why voluntary cooperation works better than commanded coercion, and why planned economies will never be as successful as the free market in solving your most immediate problems.

The power of the market and voluntary cooperation

The market is inhumane, they say. In circumstances where everybody is interested only in themselves, the greediest prosper. The invisible hand might move the economy forward – but at the expense of the underprivileged, left at the mercy of corporate capitalism. But if that is the case, then why did the “tired and the poor,” the “homeless and the tempest-tossed” kept coming by millions to the United States in the 19th century? And how did they manage to establish the world’s most advanced economy?

The answer is rather simple: because the market works, and because it works for everybody by design.“Because self-interest is not myopic selfishness,” to quote the authors, but “whatever it is that interests the participants, whatever they value, whatever goals they pursue.” Because “if an exchange between two parties is voluntary, it will not take place unless both believe they will benefit from it.” And also because voluntary exchange works wonders: our language, for example, wasn’t planned by a central body but created out of the voluntary interaction of individuals, interested in trading words, ideas, and gossip. And yet, how complex and perfect it is!

Well, the economy should be the same: As Adam Smith noticed a few centuries ago, if people trade goods and services by having solely their interests in mind, instead of exacerbating those, they should keep each other’s greed in check and create a convoluted system, but functional, from which everybody would benefit.

This, according to the Friedmans, was Smith’s flash of genius: “his recognition that the prices that emerged from voluntary transactions between buyers and sellers, could coordinate the activity of millions of people, each seeking their own interest, in such a way as to make everyone better off. It was a startling idea then, and it remains one today, that economic order can emerge as the unintended consequence of the actions of many people, each seeking his own interest.”

Political freedom is the result of economic freedom

Adam Smith’s idea – best embodied in his metaphor of the invisible hand that leads self-interested individuals to an end that was never part of their intentions – was first presented in 1776, in a book titled “The Wealth of Nations.” As coincidence would have it, the very same year, Thomas Jefferson drafted the Declaration of Independence, the very first political document in human history to grant every human the right to be free to pursue their own values without external coercion. The centrally planned economies of the 20th century demonstrated, once and for all, that these two ideas are intrinsically correlated and necessarily go hand in hand.

“Economic freedom is an essential requisite for political freedom,” write the Friedmans. By enabling people to cooperate with one another without coercion or central direction, it reduces the area over which political power is exercised. In addition, by dispersing power, the free market provides an offset to whatever concentration of political power may arise. The combination of economic and political power in the same hands is a sure recipe for tyranny.

Unsurprisingly, the golden age of growth – the 19th century – was the product of this combination of economic and political freedom. The United States prospered more than all countries because it started with a clean slate – not only fewer vestiges of class and status but also fewer historically rooted government restraints. The countries who chose a different path than that of the free market struggled immensely, even deep into the 20th century.

An especially illuminating example of the effects of planned and free-market policies is the contrast between the experiences of India in the three decades after its 1947 independence, and Japan during the first 30 years after the Meiji Restoration in 1867.

Unlike the United States, both of these countries had inherited rigid class-based systems: feudal lords and serfs in Japan, castes in India. However, between the two, India was in a far better position: it had enjoyed substantial economic growth before World War I, it had superior physical resources, and it had numerous international connections.

On the other side, Japan had been isolated for centuries, had only the sea as a physical advantage, and was far behind the West in science and technology. Both countries chose to model their economies after the British Empire. However, Japan was far more fortunate in this, because Britain of its time, mid-19th century, relied primarily on voluntary cooperation. Britain of India’s time, mid-20th century, relied on central economic planning.

The results? Well, Japan, without even trying, dismantled its feudal system by simply extending social and economic opportunities to all its citizens. As the economic output per capita improved (despite immense growth in population), Japan became a force to be reckoned with in the political sphere, and one of the leaders in technological innovation. India, on the other hand – despite government promises to the contrary – made little progress in terms of eliminating the caste system. Differences in income and wealth between the few rich and the numerous poor grew wider, not narrower. India, too, experienced an explosion in population, but the standard of living for most stagnated, and for one-third of the population even declined.

As big as the differences between Japan and India might seem, at first sight, both trace back to that fateful economic decision: choosing the free market over a centrally planned economy. This also accounts for the differences between West Germany and East Germany, between Israel and Egypt, between Taiwan and China. And it even explains the vast differences between communist countries: Yugoslavia, for example, seemed “a paradise” in comparison to the Soviet Union because it was more liberal and because it allowed for private enterprises up to five people!

The Great Depression: an anatomy of an economic crisis

So, in other words, the more the national government is involved in its country’s economic decisions, the less chance it leaves the country to grow and prosper. Lack of progress is never the result of insufficient government involvement, but of too much bureaucratic meddling with the invisible forces that govern free trade. And it has always been – even when governments pride themselves with the opposite.

Consider the case of the Great Depression. Schoolbooks claim that it was thanks to robust government interventions that the United States managed to overcome the economic crisis. In reality, however, the crisis was, more or less, created by the government in the first place. More specifically, it was the result of a failure of the government to intervene properly in the one area where it had exercised authority ever since the beginning: money.

As is widely known, several bank runs at the beginning of the 20th century resulted in the creation of the Federal Reserve, a central national bank responsible for lending money to commercial banks in times of crisis so as to prevent aggravation. However, after the stock market crashed in 1929, the Fed chose to passively observe instead of aggressively act, which transformed a recession into the Great Depression. More precisely, if the Fed had bought government bonds or provided emergency lending to the key banks at the time (as it had in previous cases), the banks – and, consequently, the money supply – wouldn’t have fallen as fast and as far as they did.

Which brings us back to the creation of the Fed itself. Before its creation, in crises such as this, banks usually turned to emergency measures, such as lending money between them and restricting payments. In simpler terms, large banks gave money to smaller banks to give to their depositors, and smaller ones limited the amount of cash available to savers – who could buy $100 of currency for $104 of deposits.

It was a serious inconvenience for businessmen at the time, but at least it effectively limited the effects of the crisis: for example, the one of 1907-08 lasted a little over a year. However, because of the very existence of the Fed, large banks in the 1930s acted as if everything was normal, expecting to be reimbursed by the government, no matter what. When this didn’t happen, all hell broke loose.

So, the government was doubly responsible for the Great Depression: firstly, for not regulating the money supply as well as it should have, and secondly, for believing it could in the first place. This was not recognized for decades. Instead, “the depression was widely interpreted as a failure of free market capitalism.”

As just as this might sound in theory, in reality, welfare states are not only inefficient but also especially cruel toward the poor. The stats don’t lie: thanks to tax loopholes and political influence, the poor end up paying a greater percentage of their incomes for the social programs from which the rich benefit as well, receiving pensions after retirement they don’t need. Contrary to popular opinion, the more control the government has over the economy, the less the system will favor the poor, because they have, by their very position in society, fewer governmental connections and, thus, don’t get any say in important political matters.

Moreover, when they think they’ve achieved something – through unions and government representatives – this usually has the opposite effect. Minimum wages, for example, instead of protecting the underprivileged, create high unemployment for the less skilled. Just as well, when education is free for everybody, it is the private schools that prosper, and only the rich have the resources to send their kids there. Consequently, they are the ones who get better jobs. The poor would be much better off if left to fight it out by themselves in a free-market society. After all, they were the ones who created the United States in the first place.

Accessible and well-argued, “Free to Choose” is a great introduction to the ideas of Milton and Rose Friedman. For those who want to explore them further, there’s also a 10-part television series of the same title freely available online. We strongly encourage you to watch it.

Fight for your freedom. Never allow government bureaucrats to make the decisions you should make for yourself. You know your needs better than them.

Rose and Milton Friedman were a couple with many shared interests – being “Tyranny of the Status Quo and their memoirs “Milton and Rose D. Friedman, Two Lucky People” two other collaborations. They both studied at the Universit... (Read more)